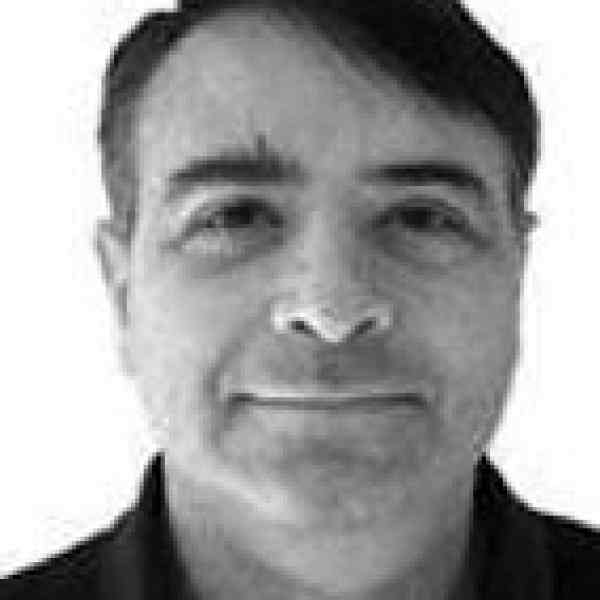 Ami Dar has created an online supermarket for social action which makes it possible for virtually anyone to act on their desire to change society. His organization, Action Without Borders, has built www.idealist.org—a network of hundreds of thousands of people and over 50,000 organizations addressing dozens of social issues across the U.S. and around the world.

Ami Dar has developed a forum that can connect any individual with any social field of interest in just about any location in America. In 1995, not long after the invention of the World Wide Web, Ami launched Idealist.org in order to make getting involved in social action easier than ever. Idealist.org was designed to connect social action agencies to would-be citizen activists, linking like-minded individuals to one another and generating a critical mass of interconnected citizen sector organizations and people.The success of the Idealist.org model lies in the strength of its self-multiplying network. Ami Dar and Idealist.org prioritize building social capital for the citizen sector above all else, and have therefore made it as easy as possible to join Idealist.org’s network—either as an individual or an organization. Membership is free and quick. And because the network is held together by individuals and organizations who are passionate about social change, it continues to gain strength and grow in number. This vast network has directly contributed to the growth and success of thousands of citizen organizations in America who can now find staff, volunteers, information and resources in the same online arena. Organizations can now rapidly grow their pattern-changing ideas even when starting with little money and virtually no staff. And perhaps most importantly, citizens interested in social change can get involved in areas they care about more easily than ever in the U.S. and around the world.Idealist.org survived the dot-com bubble and burst to become the number-one online service for linking people to the citizen sector in the U.S., today boasting a community of 250,000 members and 40,000 nonprofit organizations. Thirty thousand of those organizations are based in the U.S., and 10,000 more are located around the world as Idealist.org continues to expand its reach internationally.

In the U.S. and abroad, two powerful and concurrent trends are reshaping the world—the rapid expansion of the citizen sector and the exponential growth of the World Wide Web. While both of these trends are welcome in many ways, the dawn of the “information age” has created a deluge of information—much of it inaccurate or simply false—that invades our computer screens and email inboxes. Many individuals interested in getting involved have trouble figuring out where to start, and how to distinguish noble causes and organizations from others.A corresponding problem is that the rapid growth of the citizen sector has meant greater competition among citizen groups. In many ways small and unincorporated groups are unfairly disadvantaged in acquiring social, human, and financial capital in such markets. Idealist.org has established itself as the leading site for connecting people to the U.S. citizen sector because it makes great ideas visible to citizens worldwide and makes it easy for those citizens to then engage those ideas—no matter the size of the organization. This success has surfaced two new challenges—one in Idealist.org’s emerging markets and one in its mature market.First, Ami recognizes that the World Wide Web emulates our other human networks in that it is not actually one web of humanity but several webs divided by language, location and cultures. Yet in every citizen sector around the world there are organizations and their networks that could spread innovation and social action faster if they too had access to this global market for social action. Now that Idealist.org is the proven leader in the United States’ World Wide Web, Ami wants to connect other citizen sector networks around the world and become a global catalyst for change.In its already mature market, Idealist faces another challenge. In the next five years Idealist.org very well may become “the Google of nonprofits” but citizen action takes place in “place-based” networks as well as affinity-defined networks. Currently Idealist.org’s core users are college students—middle class, educated, internet-savvy, willing and able to travel. While this is clearly a core demographic, it excludes many other U.S. citizens. So Ami is now experimenting with placing Idealist.org access points in barber shops, grocery stores, churches and any other locales where working class and poor people might congregate and might engage in conversation about their communities or causes. In this way Idealist.org must bridge to sub-networks within the U.S and engage local citizens in local problems that benefit most from local knowledge and understanding.

Ami Dar’s core methodology is to expand his Web-accessible supermarket for social action. He is doing so by “building out” to countries where he is fairly new to the market and “building in” to local communities in countries where Idealist.org is a market leader.The sustainability model for Idealist.org reveals the wisdom of his core growth strategy. Idealist.org, which is 80 percent revenue supported, chose not to charge any of its 250,000 (and growing) individual members nor any of its 40,000 (and growing) citizen sector organization members a membership fee. Doing so would only create a barrier to membership and therefore a barrier to the social capital flowing through the network. And the purpose of Idealist.org is to remove barriers, not add new ones.Both types of members come freely to the site to interact with each other, plan events, exchange information, and often begin a relationship “offline.” Idealist.org does provide some information but 99 percent of activity on the site is user generated. Consequently Idealist.org has become the number-one source for finding job opportunities in the U.S. nonprofit community, specifically because so many good people use the service. Idealist.org charges U.S.-based nonprofits a small $50 fee for each job posting, all of which are visible in 165 countries. It has been especially useful to the small nonprofits, some of which have said that every one of their staff people and volunteers have come through Idealist.org. And that bargain price of US$50 has yielded US$1 million per year for Idealist.org.Ami’s strategy for “bridging-in” to local communities includes leveraging its base of users to partner with networks that have stronger place-based ties. Idealist.org has conducted more than 60 “offline” face-to-face collaborations to begin building those bridges. Last year it merged with the Campus Outreach Opportunity League (COOL), which boasts supporting students from hundreds of campuses involved in direct community service throughout the U.S.In order to bridge out, Idealist.org is mapping regions around the globe and identifying the strong citizen sector organization networks that are rich in social capital but largely isolated in small regions. Idealist.org could help connect these local networks to much larger international ones, strengthening the global citizen sector and, in this case, overcoming geographic barriers that prevent individuals and organizations from connecting and ultimately from achieving maximum impact.

As a 19-year-old paratrooper in the Israeli Army, Ami spent a long time on the Lebanese and Syrian borders, watching the Arab soldiers watching him over the barbed wire. As he looked at them day after day, it occurred to him that just as every unit in the Israeli Army has “good guys” who will give you their last pair of dry socks if you need it, and others who might steal yours if they can, so every unit on the Arab side must also have its share of people you would want to be with and those you’d rather avoid.Ami couldn’t help thinking that if we have to fight, wouldn’t it make more sense for the good guys on both sides to get together against the sock thieves? He spent five months in and around Beirut, realizing that the line between good and bad runs and zigzags within each of us. The impulse to reach out across artificial borders and connect with like-minded people stayed with him.After the army he spent a few years traveling in Europe and South America, and he started feeling—and hearing from people wherever he went—that with all the resources we have, we should be able to do more about our social and environmental problems. The question was how. He spent the following years trying to answer this question for himself, while making a living as a waiter, a translator, and a marketing manager for a software company.In the summer of 1992, convinced that he had finally found a good answer, he put together a plan for an organization that could implement it and came to New York fully optimistic. After just two months, however, with no organization and only $10 left, Ami was asked by his former software company to set up its North American office. From this vantage point he could see the emergence of the Web and the vast new opportunities it created, and in 1995, Ami founded Action Without Borders and Idealist.