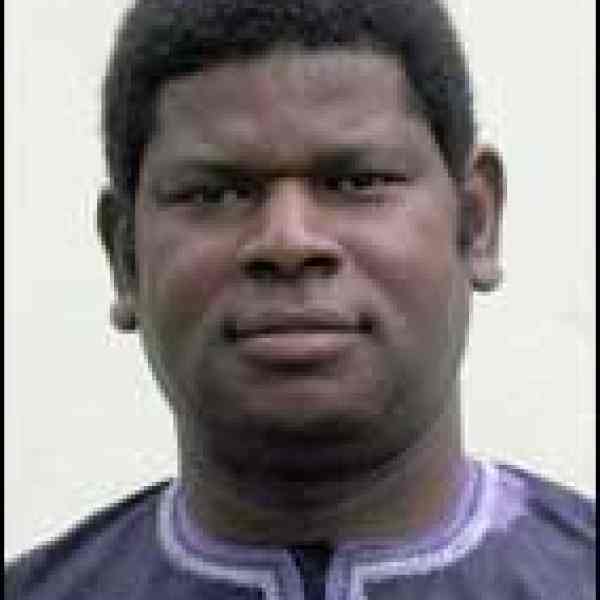 Alou Keita is reviving economically stagnant rural communities through a village banking system that provides a savings and loan scheme for villagers and an avenue for migrant workers living abroad to transfer money home.

Alou has created one of the most successful of Mali’s community managed village banking networks, providing savings, credit and banking facilities for village communities. Unique among other village finance offices, the input of capital from migrant workers in France allows the banks to strengthen villages which have been weakened by emigration and the ripple effects of rural poverty. One of Alou’s key innovations is a money transfer service for those living abroad which offers an effective response to the challenge of sending money home to remote villages. Alou’s village banks (officially known as village finance offices or “caisses”) differ from many other microfinance establishments. They are the only financial institutions in the region of Kayes, Mali, that are completely managed by villagers and do not require a minimum amount of savings in order to qualify for credit. Alou’s Program for Self-managed Savings and Credit Systems (PASECA) is a banking system that preserves traditional elements of village life, such as participatory decision-making through village general assembly meetings and the honor system to aid in loan repayments. The banks also have a built-in community improvement mechanism and mandatory representation of women on their boards. One group of village banks, the first of its kind in Mali, is completely run and managed by women. Each bank is adapted to the needs of the particular community after basic training by Alou’s organization.

Poverty, drought, famine and unemployment have long made human capital the Sahel region’s main export. The region of Kayes (where Alou’s pilot is situated) has over 40,000 migrant workers in France, out of a total adult male population of some 100,000. The result of migration has meant that many Malian villages, especially in Kayes, are left without the labor and capital needed for economic growth. Over 80 percent of Malians live in rural areas, while commercial banks do not operate outside larger towns due to the lack of infrastructure (electricity, viable roads, and so on) and the relatively high cost of handling small loans or small sum bank accounts that rural villagers are most likely to open.Due to the lack of participatory management, some of the existing citizen based and financial institutions’ savings and credit schemes have collapsed, or they offer services to urban poor rather than less prosperous rural residents. Initiatives are often top-down in approach and removed from the communities, making it difficult for villagers to meet their strict lending conditions. Additionally, many of these microcredit schemes only offer group loans, which restrict access for the capital-seeking individual. This limits banking facilities and credit in villages, resulting in continuing migration and economic depression.Fund transfers from overseas workers to relatives in the village are cumbersome, slow and expensive for both sender and receiver. For the sender, transfer establishments such as Western Union are costly and because their relatives generally do not have commercial bank accounts, bank transfer is not an option. For the receiver, money-transfer offices are only located in the few large towns and require travel which results in further expenses and delay in receiving funds. The best option for most family members wishing to send money home is to do so via a suitcase with a relative or fellow villager who is returning home. More than 60 percent of money transferred to Mali from overseas is done in this way. There have been reports of travellers being mugged or even killed, as criminals often target returning travellers known to carry large sums of money. Beyond helping their own families, migrant workers have few systematic ways to contribute to the overall development of their villages. While some have managed to provide assistance for their communities by constructing health centers, schools and mosques, the process of providing and operating these institutions has been difficult and fraught with managerial complications, requiring frequent visits from France and wasted expenditures. If this situation is not improved, many villages will continue to experience economic downturn, and the vast potential of engaging those living overseas as partners in their home country’s development will be lost. In addition, the possibility of creating employment in rural Mali will not materialise and unskilled young men will continue to risk their lives in attempting dangerous forms of clandestine migration.

In 1998 Alou set up a microfinance and investment organization, PASECA, a federation of village banks in the Kayes district of Mali. Alou’s banks are completely run by villagers, and a bank is only set up after the community is fully committed to providing the infrastructure and staffing for their bank. To run the banks efficiently, each village owns and determines the administrative procedures of their bank. PASECA oversees the establishment of the bank and provides training for its employees, but Alou does not appoint administrators or otherwise interfere in the bank’s operations. PASECA establishes basic bank infrastructure, and through its technical assistance arm, the Center of Support for Microfinance and Development (CAMIDE), it also develops new banking products.The banks are staffed by villagers who are fully trained in cashier services, credit, savings, loans and other banking operations. To ensure transparency, all bank documents are translated into local village languages and decisions affecting the bank are reached by consensus in the village assembly (as opposed to the customary board members or shareholders). All PASECA banks hold a bi-annual general assembly meeting of villagers where bank financial results are disclosed. They discuss interest rates, credit policies, and management policies which ensure community buy-in and increase trust between the banks and their customers. The banks’ loan schemes are tailored to fit the needs and context of rural communities, and one of CAMIDE’s missions is to pay particular attention to advising the smaller and the larger village banks on how best to protect and nurture capital (which provides the basis for loans). Bank management aggressively markets for long term deposits from the migrant communities in France and from village savings. Evidence of these efforts could be seen in 2005, when the 44 village banks in the Kayes region had a total of 14,200 account holders with a healthy 920 million CFA (US$1,900,000) in deposits, and had loaned out 630 million CFA (US$1,300,000). This contrasts with other credit facilities that depend on donor funds or borrow from commercial banks to re-loan to villagers. PASECA funds its operations by receiving a percentage of the bank’s profit at the end of the year and also provides financial management consulting services to local government authorities in Mali and to other financial institutions in neighbouring Senegal and Mauritania. As a result of this open and prudent management system, the banking system’s 6,000 employees are now employed with transferable skills year round, as opposed to working four months out of the year if they were engaged in fieldwork. Farmers have diversified their livestock and crops and improved their farming equipment due to the increased income they have derived from agricultural loans. Shops, women’s cooperatives and small businesses have appeared in Kayes thanks to the commercial loans the banks give out. On the basis of a remarkably healthy village banking system, Alou has forged a partnership with a French consulting firm, ICSF, which will be responsible for the management of the transfers from France. The overseas customer interested in a remittance transfer can either go to a counter opened by ICSF with a French commercial bank or designated agents in the hostels where many of the migrants live. The beneficiary is immediately notified by mobile text messaging of the transfer through MasterCard’s Money Send. Upon receipt of the text message, the beneficiary goes to her village bank and makes a withdrawal. The transfer costs the sender 18 Euros on average for amounts between 400 and 1,000 Euros. This fee is shared between the representative (1Euro), ICSF (6 Euros), the French transferring bank (3 Euros), the Malian commercial bank (3 Euros), PASECA (3 Euros) and the village bank (2 Euros). Commercial banks and licensed money transfer firms are the only bodies legally authorised to make international money transfers in Francophone West Africa.To win the confidence of those abroad, the migrant workers are made partners in the initiative. The representative who collects the money in the hostels is nominated by the migrant workers during their village association meeting (which each migrant community forms in France based on village of origin). Many of the migrant workers receive information periodically from relatives on the banks’ progress and are confident that their banks can disburse money responsibly.The village banks also serve as a community development tool. Currently, thirty percent of the profits of the village banks are earmarked for social improvement projects such as boreholes (wells), teacher fees, and road building. Alou’s goal is to have a larger percentage of profits from both banks and the remittance system going towards developing social services in villages. Alou is extending his services to communities in Mali beyond the Kayes region. He is planning to set up banks in other cities to facilitate internal transfer of money whereby villagers, nomads and traders will no longer have to transport huge sums of money on their person, making them vulnerable to loss and theft. He has also been approached by communities in Senegal and Mauritania to set up village banks in those countries. Already there are two such banks along Mali’s border in Senegal that have replicated Alou’s banking model. Alou is in the exploratory phase of setting up a remittance system for Malians in the United States.

Alou’s village, Dembassala, which is located in the northwest of Mali along the border with Mauritania, was founded by his great grandfather. Two traditions meet at his birthplace: the semi-nomadic pastoralists from the north, and the sedentary cereal and groundnut farmers from the south. Conflict often arose between the two groups over the use of natural resources. As founders of the village, the Keitas were responsible for maintaining peaceful community relations, and Alou grew up absorbing stories and watching the elders of his family negotiate peace among the various groups. As a potential leader of the community, he was also diligently taught the values and techniques of community leadership and negotiation. Through this experience, Alou was convinced that participatory community decisions are the natural basis for economic development.Alou became very knowledgeable about the various ethnic cultures of Mali. Time on his grandfather’s farm while on holiday from school in Bamako exposed him to agriculture and greatly influenced his choice of agro-economics as an area of study. Alou became the only one of his siblings to graduate high school and acquire a university degree.Alou’s interest in financial management was spurred by his experiences living in a small town in Tunisia as a student at an agricultural college. He was living on a very tight budget. The requisite planning, discipline and budgeting that enabled him to survive his student years fueled his interest in financial management and micro-finance. An agro-economist by profession, Alou founded PASECA to help rural people from his village and surrounding communities develop economically.