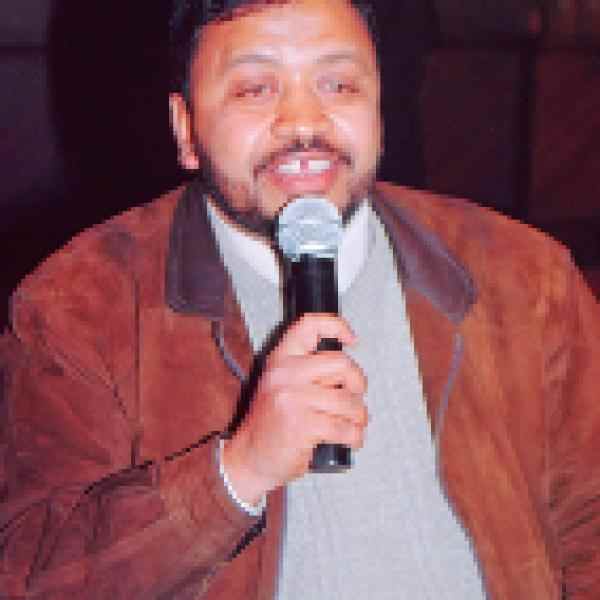 Hospitals across Egypt face an enormous challenge in delivering blood to patients in need of transfusions. Ali Hussein is making blood donation more accessible to the Egyptian public by changing the way hospitals, blood banks, and the media reach out to donors; using encouragement and incentives to save lives.

To ensure that the national blood supply increases and stabilizes, Ali is changing the culture around donation of this critical resource. Through his organization, Gamayet Zakaat El Dam, he works closely with existing blood banks and hospitals to ensure that donation is safe for those who give and receive blood and with the media to lessen the perception of risk, especially among young people. Using the concepts of zakat from Islam and tithe from Christianity, Ali emphasizes that by donating blood the welfare of all is ensured, while it offers a vehicle for healthy people to give back to society.

Given the increasing demand, the deficit of screened blood available for transfusions in Egypt is a growing concern. The Minister of the Interior reported that in one year (2002), car accidents claimed the lives of 6,000 people and injured another 28,000, many requiring unplanned transfusions. Patients who suffer from liver or kidney failure, cancer, Mediterranean Sea fever, and blood-related diseases may require transfusions every few weeks. Families and friends of those who need blood circulate email or text messages to find donors of a certain blood type who can give to their loved one. While this is a proactive response on the part of families and friends, it underscores many Egyptians lack of confidence in the health care system to furnish blood when it is urgently needed. Currently, there is a network of 250 blood banks in state hospitals and 13 in private hospitals. However, there is no reliable database linking the centers, tracking blood types and the total supply, which enables physicians to make informed decisions based on accurate data to treat their patients. Additionally, the public’s perception that blood donation and transfusions are unsafe is a significant problem; a concern fueled by public cases in the 1990s of Egyptians contracting HIV and Aids from transfusions. With recent attention to these issues, changes are taking place. Medical teams involved in delivering contaminated blood have been prosecuted and improved screening of donor blood has been a priority. In 1999 the Health Minister banned the sale of blood between other blood banks, to reduce the supply from typically high-risk groups. Public and private blood banks are now required to register all available donor data, including the date of the last blood donation. Such changes suggest a significant shift and an opportunity to appeal to the society’s goodwill; deepening its trust in an improving health care system.

Initially, Ali convinced a group of friends to donate to a blood bank for children in dire need of transfusions. Later, he established Gamayet Zakaat El Dam, a citizen organization based in Alexandria, to help increase the supply of blood by convincing new donors to give and by adjusting incentives and policies that will appeal to prospective donors in Egypt. Ali and his team are also improving existing blood banks to ensure that the giving and receiving of blood is not only perceived to be—but is—safe. To increase the supply of blood to meet the demand, Ali is reaching out to new donors, particularly young people, with media campaigns that target people on the streets, mosques, clubs, and other gathering places. The campaign aims to instill confidence in first-time donors, assuring them that donating is safe and that it serves a public need. Ali has established strong ties with Channel 5, Alexandria’s television channel, to help with public education around the issue, and he and his team have organized a “Week of Giving” with strong support from the media. Ali has also reached out to influential Egyptians such as First Lady Mubarak. Ali stresses to groups of first-time donors that by contributing to the blood bank voluntarily, they are assured access to blood due to a life-threatening accident or illness that requires frequent transfusions. He also uses familiar references for established systems of giving—the zakat or tithe—establishes blood donation as an accepted practice and free medical check-ups are offered to those who give. Another strategy to increase the supply of donor blood involves blood “taxation”. Ali believes that all citizens who are issued driver’s licenses and work permits should donate blood in the form of taxes paid for governmental services rendered. Exemptions will apply to people in poor health or to those with a high risk for infected blood. Ali is also hoping to cover transfusions under insurance, so that donated blood is provided free to those in need of frequent transfusions, such as kidney failure patients. In addition, he wants to provide medication and assistance to maintain the personal health equipment needed by thalassemia patients, whose blood iron levels must be monitored closely and receive transfusions every two to three weeks. Since Ali began his work in the early 1990s, more than 10,000 people living in Alexandria have given blood, and the hospital where he has worked is self-sufficient for donor blood. In the next 3 years, he will pursue two growth streams. The first is to consolidate his work in Alexandria, and expand by 3 to 5 nearby governorates, including Beheria, Gharbia and Menoufia. Second he will pursue changes to national policy that he believes will enable a greater supply of donor blood.

Ali is a self-educated person. He began working at a hospital 15 years ago, initially holding an administrative role. His hard work and significant contributions did not go unrecognized, and he was sent to training courses, shifted to a technical role and helped along a career track within the hospital. In addition to his position responsibilities, Ali realized injustices and inefficiencies he did feel he could correct. Until 2000, people with Mediterranean fever were not allowed to work and Ali organized media campaigns and convinced deputy ministers to lobby for patients’ rights. He managed to change the law in support of these patients. Although Ali has no formal medical training, he has been acutely aware of the escalating threat of blood scarcity. Some years ago, a child died in front of him because no blood was available for the needed transfusion. This incident provoked Ali to change and improve the availability of blood for transfusions. Gathering a small group of friends to donate at the hospital, they were not allowed to donate to the Kom El Deka Bank, unless donating to a named recipient; but they wanted their blood to be used as needed. Ali conferred with the administrator and convinced her to allow a donation to the children of El Raml Hospital. Ali and his friends agreed to keep a supply for three children and before long, he brought additional donors. He began to see the potential and for the effort to spread; saving many more lives throughout the country.