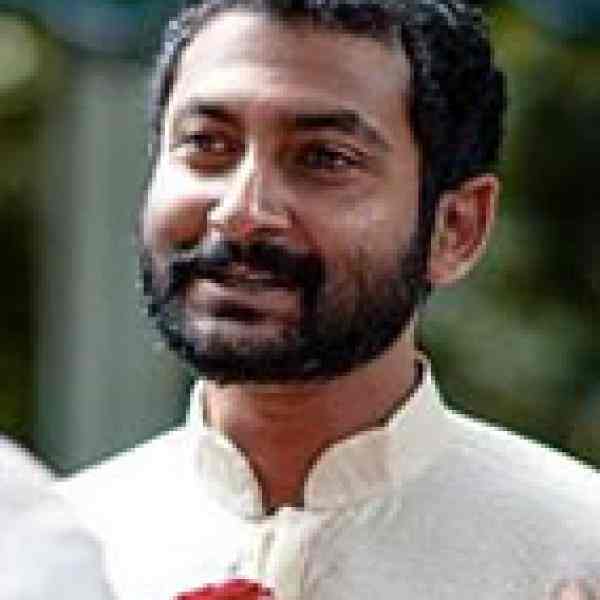 CSOs are vital to Canada’s economy—employing over one million people in 2003 and comprising 9 percent of the GDP—but they are largely denied access to the credit and advisory services essential to their fiscal growth. The Community Bank will fill this void by creating the nation’s only financial institution dedicated to the special needs of CSOs.

Aaron sees an opportunity where others see an unchangeable system. His Community Bank Initiative will provide the resources that CSOs currently lack: checking and savings accounts, short-term credit, long-term investment, financial advice and advisory products. He plans an innovative governing structure; the bank will be governed by CSOs themselves, with investments from a variety of stakeholders such as foundations and others, with yields that are reinvested with tax benefits to sustain a sound financial base and support a motivated, competitive work force.

Canada’s estimated 180,000 charities and CSOs cannot access mainstream financial institutions because existing services primarily target the needs of commercial, for-profit corporations and individuals. Their sophisticated, integrated systems come to a standstill when faced with a loan application from a CSO. Bank employees are not trained to work with CSOs and assume that citizen sector means for-loss—in other words, that the project is destined to fail.

Banks are not entirely incorrect in their assessment. Historically, CSOs are tricky to categorize because their size and scope vary significantly. Many have small staffs and high turn-over rates due to low pay and instability. Others are large, international organizations. This lack of standardization makes CSOs riskier investments for banks and insurance providers—with the result that close to 600,000 CSO employees do not currently have health benefits.

One of Aaron’s biggest challenges lies in transforming CSO financial culture itself. Across the board, CSOs tend to underestimate their total cost of operations—relying too heavily on community contributions with no cost associated—and then underpaying their employees. Thus, their financial state looks like bankruptcy and financial analysts have no option but to decline loan applications. To make matters worse, image-conscious banks shy away from gambling on the possibility of a defaulted loan from a well-known CSO.

Aaron plans to open the bank’s doors in mid 2006—and there is much to do: launch a marketing plan, create an operating structure and outsourcing arrangements, build a management team, and get the bank incorporated and licensed.

The first hurdle was having the bank approved both as a financial institution and as a charitable organization by two separate government organizations. Starting in 2002, the organization began securing some of the donations, over US$1 million eventually, and the board and advisory structure that was necessary.

The initiative has a dream team of influential leaders from a variety of fields to build the bank. He carefully selected key individuals from different sectors, among them Tim Brodhead, President and CEO of the McConnell Foundation; Dr. John Evans, Chairman of the Torstar newspaper; John McArthur, Dean Emeritus at Harvard Business School; and Ed Waitzer, Chairman of Stikeman Elliott law firm. The Board began meeting regularly in March 2003. A group of partners was also engaged on a pro bono basis: Stikeman Elliott to provide legal advice; Deloitte Consulting and Price Waterhouse Coopers to provide consulting support; IBM staff to develop the IT architecture; and Arnold Worldwide for the customer value proposition. Fortuitous timing means that 50 percent of current Canadian bank vice presidents will retire in the next two years—and many will be willing to collaborate in the endeavor. Perhaps most tellingly the initiative was endorsed in the 2004 federal budget.

Aaron recognizes the bank will only be as strong as the organizations it serves. He is reaching out to key constituencies in the citizen sector, as well as in the federal government and private sector. In 2003, Aaron presented his bank idea to the Voluntary Sector Forum and to more than 150 CSOs across Canada. He organized focus groups with 50 rural and urban organizations to discuss the new concept. His core team also performed a benchmark study to learn from the successes and failures of other CSO banks around the world.

With this knowledge, Aaron decided a primary goal would be building personal relationships between CSOs and their financial advisors. These advisors focus on understanding a CSO’s financial needs and social objectives and then tailor the bank’s services to meet them. Financial services will be accessible at local branches, via the Internet and by telephone. In the long run, Aaron envisions a decentralized governing structure where each regional branch will have its own local board to best serve its clients.

Aaron was born in 1980 in Goa, India and raised by his mother and his grandmother. His mother was an economics professor-turned high school teacher and his father was a businessman who specialized in brokering deals. During his childhood the family lived in the United Arab Emirates where his father worked as the chief negotiator for several European and American companies. Aaron had his first volunteer experience at age 11, raising funds to help the Kurdish population and repair the environment in Iraq after the Gulf War. He traveled extensively as a youth, visiting over 70 countries and learning first hand about the tremendous gap between rich and poor countries. This lesson instilled in him a sense of responsibility to use his talents to benefit his community.

In 1993 Aaron’s family moved to Canada and settled in Mississauga, Ontario. Aaron and his brother attended a private boarding school, Appleby College, where they took advantage of advanced classes, and extracurricular and community service activities. Aaron was always involved: he invited a group of Palestinians and Israelis to talk about the ongoing Middle East conflict; did a two-day fast to raise funds for World Vision; and participated in a Walkathon for the United Way. He received many awards and graduated in the top 5 percent of his class—in spite of being two and a half years younger than his classmates.

At age 16, Aaron began his studies in engineering at Queens University—but soon switched to economics. Even as he was seeking a broad picture of world affairs, he remained active locally by volunteering in soup kitchens and community events. But during his second year he had a profound health experience that left him with a changed perspective. He returned to school full of energy—taking classes in history, economics, and philosophy, while looking for ways to do things beyond school.

Ever the entrepreneur, he and three partners started a multimedia company in 1998 called Eclipse Inc. The first year the company made over US$1 million dollars in revenue—but Aaron wasn’t fulfilled by his for-profit venture. He wound down the company and with the profits started an online portal for donating to the social sector called CanadaHelps.org. The site launched in November 2000 after successfully convincing several influential companies to donate US$3 million in cash and in-kind donations. Aaron was the Executive Director from 1999 to 2001. CanadaHelps.org continues to operate and has channeled over $20 million to 12,000 Canadian organizations. After the September 11 terrorist attacks in New York City, CanadaHelps.org provided a continent-wide crisis counseling line. It also fundraised $500,000 for the Red Cross in Afghanistan and New York.

Always on the move, in April 2001—funded by one of Canada’s largest foundations—Aaron started researching how to programmatically encourage and capitalize on social innovation. In November 2001, nine months before he started Vartana, he attended the Schwab Forum and it was there that the idea for the Community Bank Initiative took root in his mind.

Aaron left Vartana in 2007. Vartana was part of a small group that successfully engaged the federal government to invest $150 million in social investment funds across Canada, work with credit models for lending to charities and non-profits, and to do policy work related to social finance. Aaron is currently working on The Wellbeing Project (http://www.wellbeing-project.org/) and lives in Paris.