From bridging the gap across generational disconnects as a young person, Garu now enables the spread of mindset shifts through supporting front-line changemakers from country to country in their journey of impact. 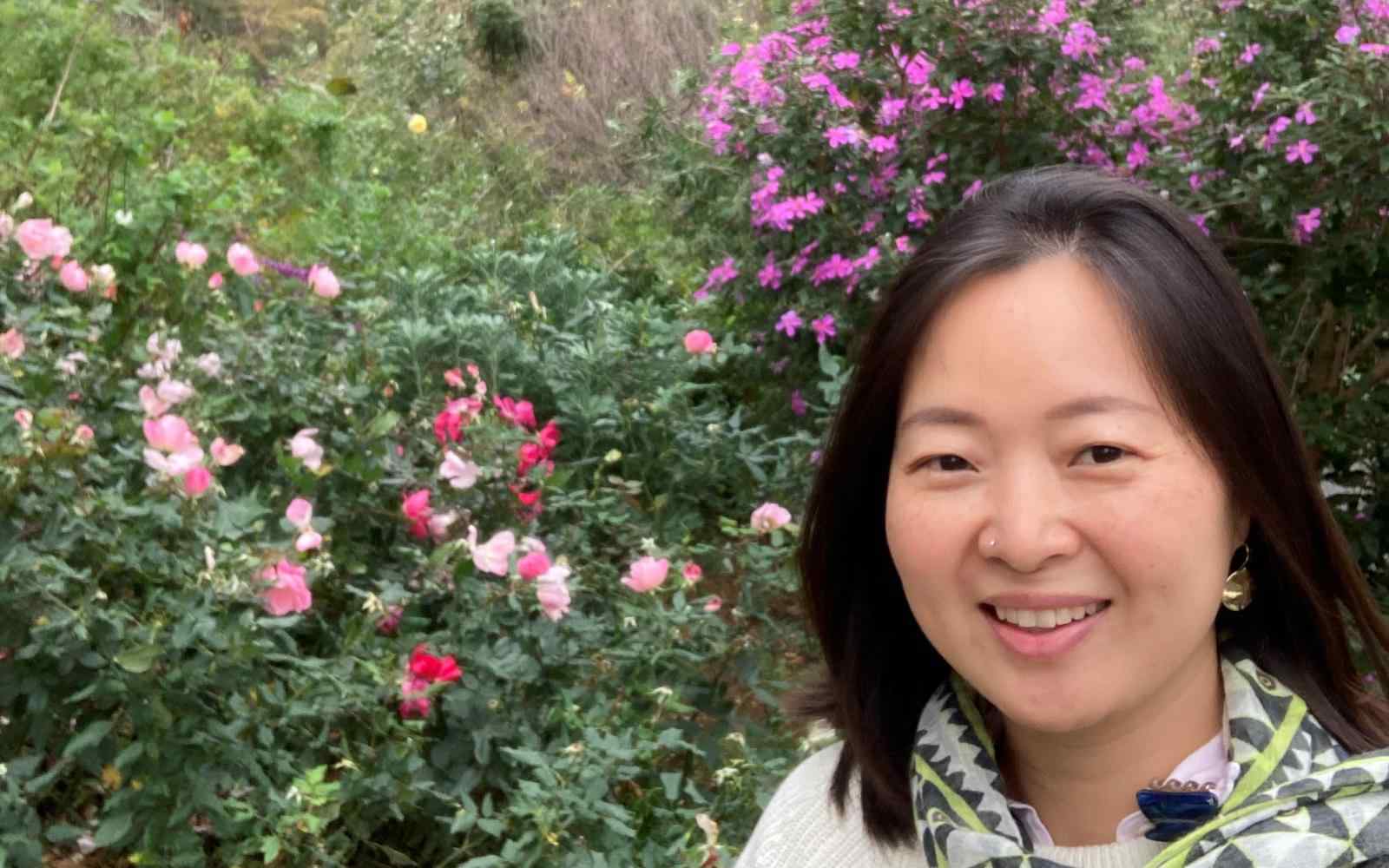 Connecting with people using empathy and sincerity, Garu’s experiences growing up in South Korea alongside her personal experiences studying in Beijing helped mold Garu’s world perspective. In Garu’s eyes, empathy for others drives action towards supporting others. As a Planning Analyst for Ashoka, Garu supports front-line changemakers and empowers others to be imaginative.

In high school, Garu experienced the power of storytelling firsthand by sharing the story of an alumna who participated in independence movements during the Japanese occupation in 1919 and needed support with medical bills. Having been a student representative in her school’s student council, Garu had the opportunity to meet the alumna. “She held my hand and in that moment, I felt the whole 80 years that she had to go through … I all the sudden felt like I owe her … all the luxuries I had as a contemporary young Korean in this developed country.”

Garu shared her inspiring story of activism by sitting down with each and every one of her peers at school and reignited empathy within her community. She felt that through storytelling and connecting with other students, she represented someone who was losing their voice due to a generational disconnect.

In college, she went on to pursue studies in history and education with the hopes of procuring a Ph.D. in China and becoming a History professor to help communicate the stories of people throughout history. Although, while studying Chinese intensively during a year of study abroad in Beijing, a single occurrence sparked a redirection in career ambitions.

Having connected over being the same age and having originated from neighboring countries, she developed a friendship with a waitress at a restaurant she frequented. While visiting the restaurant on a winter day, however, she saw that her friend’s hands were cracked to the point of bleeding caused by washing dishes repeatedly in cold water. Garu felt guilty for the pain that workers, like her friend, had to endure. This prompted Garu to consider how different life is for others who grow up under certain circumstances, and she realized the inequality that people around the world faced.

At this moment, she reconsidered studying history and thought that, rather than studying the past, she wanted to work towards making change and pursuing a career that was more oriented towards shaping the future.

Although at the time she was unaware of the lengths and depths of development work, she knew she wanted to help better society and uplift marginalized people, so she started volunteering for the handicapped and for NGOs after finishing her year abroad and returning to Korea. Experiences such as these helped develop Garu’s values and passions in supporting others.

Upon finishing college in South Korea and acquiring a Master’s in International Development in the UK, she started working to support communities in underdeveloped countries. Through various NGOs, consulting firms and the government aid agency, she worked alongside local governments, from grass-roots to policy level, to build schools to provide better educational opportunities for children in countries in Africa and Southeast Asia.

Her happiness with her decisions and the situation she was in reassured her that she was on the right path. These experiences were extremely rewarding as she made education more accessible to lives around her; however, rather than direct service, Garu found her place of strongest impact in addressing the root problems of the social issues. Rather than directly providing services to fix individual issues, she wanted to help create systemic changes to impact lives on a larger scale.

After finding an organization that matched her aspirations, she joined the Ashoka planning and budgeting team in 2018 to support other teams with strategy, budgeting, operations, and management. Hand in hand, she was able to form a team of teams within Ashoka and perform more efficiently while also supporting changemakers from country to country in their journey of impact.

She additionally volunteered to do work with East Asia and the Southeast Asian offices. This role is crucial in promoting change because “each country has its own distinctive history, culture, and context.” To promote everyone a changemaker reality, she emphasizes that you must bridge together countries to enable the spread of frame changes and mindset shifts, “which shouldn’t happen in only one country.”

It’s really important for us to aim high at a regional level, not just a country level or a town, city level. And with that perspective, especially in this globalized world, now we can partner ... and that’s how you can achieve a change of mindset.”

Within her interpersonal and professional relationships, she makes the conversation more widespread among practitioners and academics of how they can scale their changes and have more impact. Rather than solely being a direct service provider, how can these providers, such as teachers and doctors, who have extensive experience in their field contribute toward making changes on a systemic level?

Garu encourages others to find their passion and drive. “Everybody has at least one interest that they care about,” she affirms. “Because [they] care for that specific person or issue … then they can believe in themselves that they are the best person to come up with a solution.” She adds that one of the biggest fears is not knowing how to do it differently, but “changemaking is about finding that question and defining that question by yourself.”

This story was produced by Kylie Trask