Aranyo started NanoCide to help marginalized farmers fight deadly agricultural pests through an innovative method that is harmless to farmers’ health and the environment. 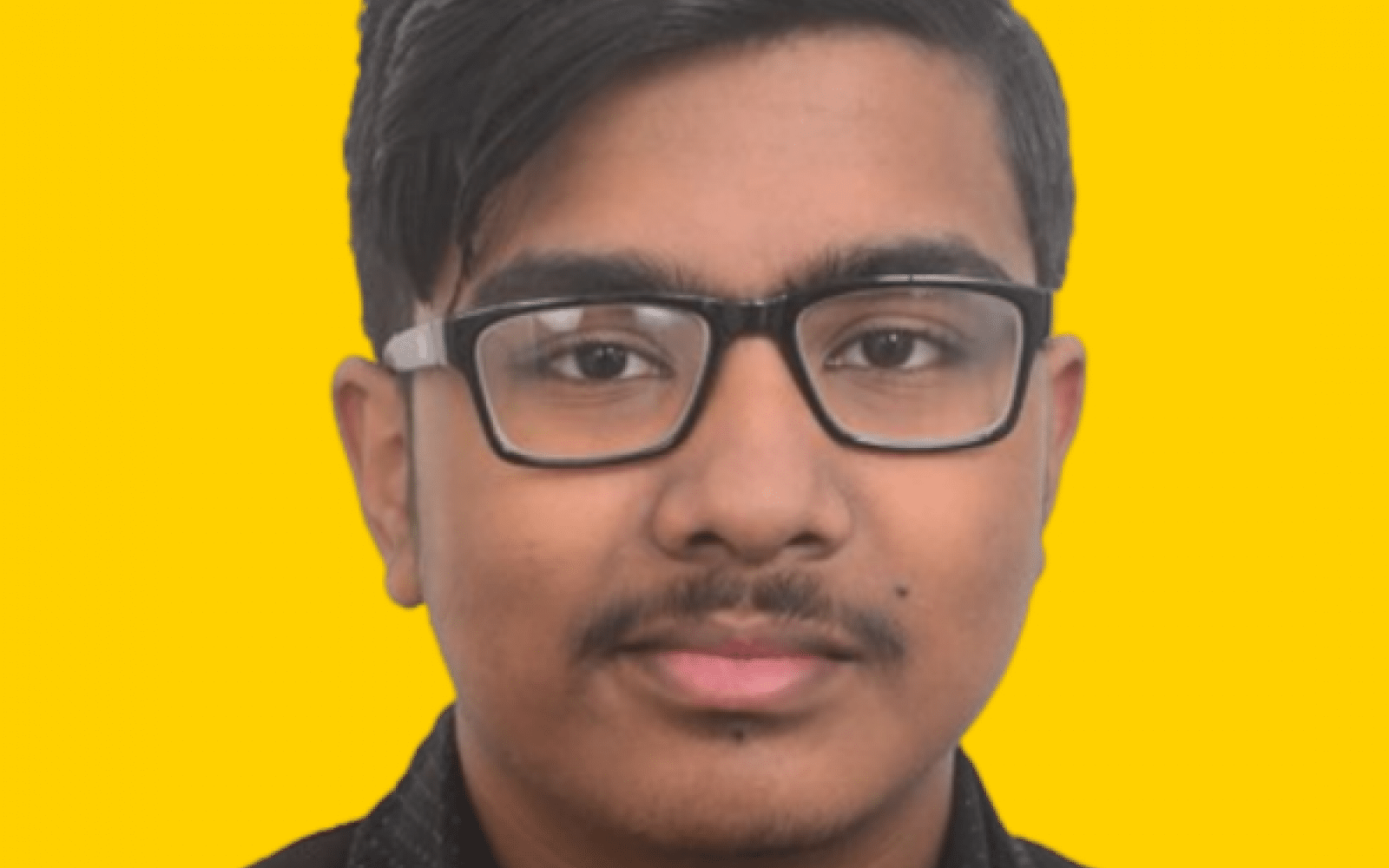 As the grandson of a jute farmer, I was exposed first-hand to the problems farmers faced in my local community. Jute is a leafy vegetable commonly grown in India, and when I was younger, I was quickly introduced to the problem of pesticide overuse and poisoning. The exposure to the land that fed me made me conscious and aware of their struggles from the very start. I would often hear stories of crops failing due to drought or other calamities and would feel empathetic for their cause.

In 9th grade, I read about the increasing number of farmer deaths due to pesticide poisoning. Almost instantly, I was reminded of my childhood. Something in me told me that I had to do something; I could not stay put. I decided to consult my parents and later learned that there was a research laboratory not far away from where I lived. I knew there was a way to help; all I needed was to convince an expert.

Using my interest in science and tech, I explored online and found research articles on the subject to prepare myself before approaching people at the lab. After an exhaustive search, I found there were virtually no biopesticides or nanopesticides for jute, which could be safer alternatives to traditional pesticides. In search of this safer alternative, I submitted a proposal to a researcher at the lab and was subsequently selected to work there. This was certainly a surprise, and within a few days, I was officially part of a project to develop a safer nanopesticide for jute.

With support from scientific mentors, after three months of lab work, I had successfully developed an economical, eco-friendly, and sustainable nanopesticide for jute out of easily accessible agricultural waste products like rice husk. This was a BIG win, but I was just getting started. The next step was to test it in the field and figure out how to get jute farmers across the state to adopt this new pesticide.

My vision is that every jute farmer can access NanoCide. I knew I needed a strong team to accomplish what could not be done alone. Initially, I reached out to my schoolmates, seniors, and friends; six of them volunteered. Next, I joined various social media groups related to jute and began looking for team members. I found three more. Finally, one of my neighbours also volunteered for the cause. The core team of 11 was formed, consisting of various roles: volunteer management, research, communications, and so on. We also collaborated with the Gram Panchayat (a democratic village governing system)  and local farmers’ cooperatives to work on the field. With this diverse team, we created a space where everyone could contribute their ideas and decisions could be made in a democratic manner.

To date, a total of 1,120 farmers have used NanoCide for their crops. From this group of farmers, 228 were part of the initial field study that the team and I organized, in which we compared the utility of NanoCide against traditional pesticides. The field tests were immensely successful - there was a significantly higher crop yield compared to control setups, with improved plant development, plant shoot  and root growth without adverse side effects. NanoCide had a “knockdown” effect which enabled the rapid elimination of pests within 24 hours of application.

With these results, we were able to convince more farmers in West Bengal to switch to NanoCide in the following crop cycle the next year. By the third crop cycle, we decided to bolster our network by using social media to reach even more jute farmers by working with other young changemakers across the border to establishing NanoCide in Bangladesh.

Our future plan to sustain this momentum is to make NanoCide more accessible through online training and stronger partnerships with farmer unions across the country. We also plan to develop a training module to host on our website that will teach farmers how to manufacture and use nanopesticides.

Throughout my journey from the laboratory to the farmland, the farmers have taught me that their natural wisdom, too, is important in the process of scientific research and development. Not everything is found in a laboratory, so we should also turn towards lived experiences. A genuine researcher must always take that into account.

Through my work, I have connected with many farmers, but I distinctly remember “Akshay”. He was looking for money to fund his father’s heart surgery and was facing huge losses from his jute farm last year. This year, he was determined to turn a profit, but was anxious as to whether pests would be a burden. When I talked to him, I could see a glimmer of hope in his approach. He took a big risk with us and used Nanocide this year. Fast forward many months, he was one of the first people to call me after selling his crops—he was crying, telling me that I had saved his father’s life! He was able to turn a profit and pay for the medical expenses. His words of praise knew no end, and he couldn’t wait to inform his peers about NanoCide. This experience taught me that it is action, not words, that help you win the trust of those you intend to help.

Through this changemaker journey, I’ve developed an ability to easily adapt and contribute to change. I have learned to empathize consciously and lead by creating collaborative spaces. From the very beginning, I wanted systemic change. I could’ve fundraised and purchased organic pesticides, but I chose to develop a viable alternative, and I am now in the process of setting an entire supply chain for farmers everywhere.

As a changemaker, I do not want young people to fear change but rather, to embrace it, and be catalysts of change themselves.

The Oxford dictionary does not have a definition for changemaker. Merriam-Webster defines a changemaker as “a device that mechanically supplies change”. In fact, most places refer to this word as “change maker”—with a gap in between. I aspire to bridge that very gap, so that change and making something new are synonymous in every sense, for everyone. 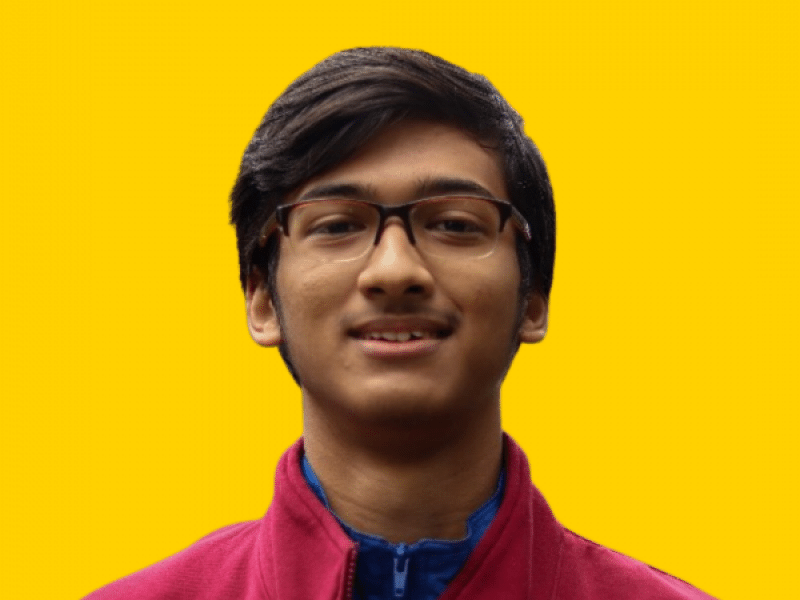 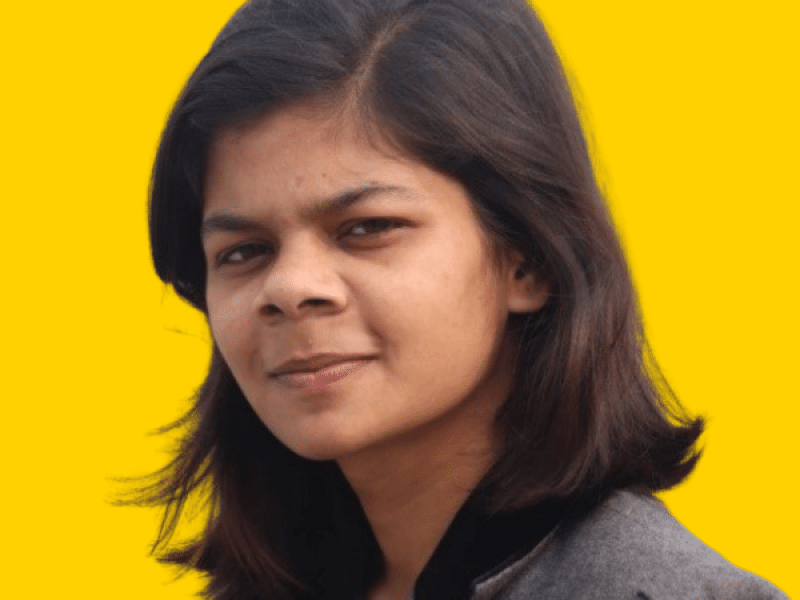 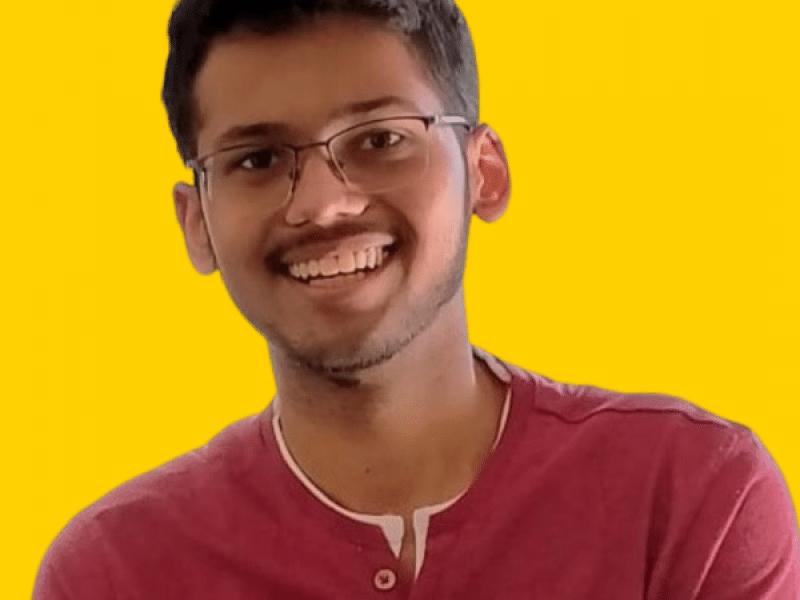 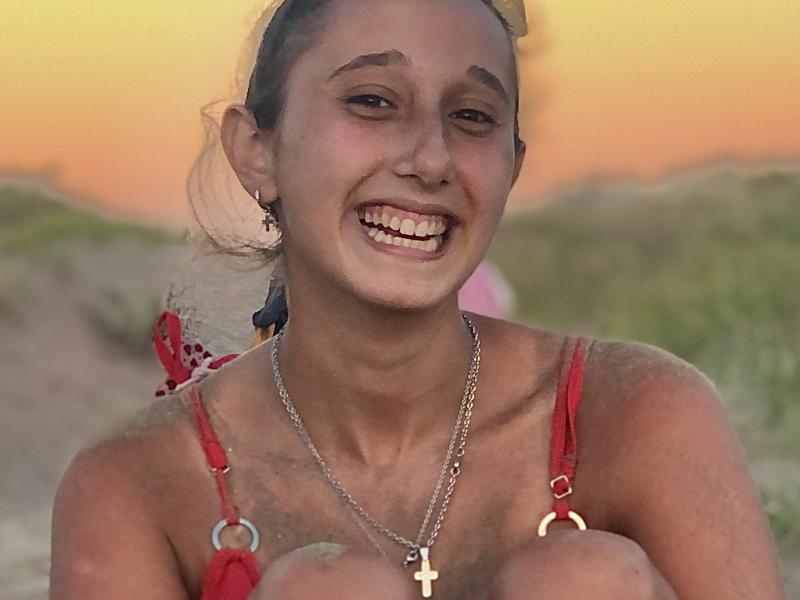 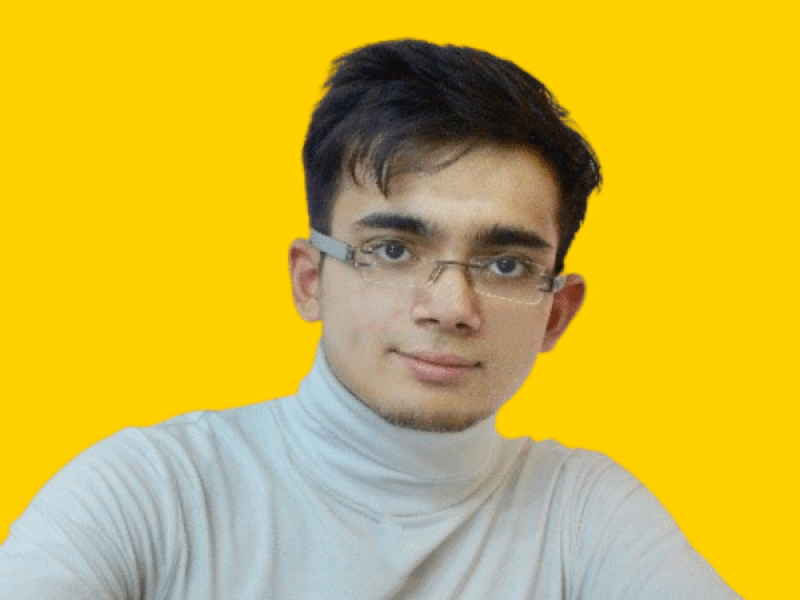 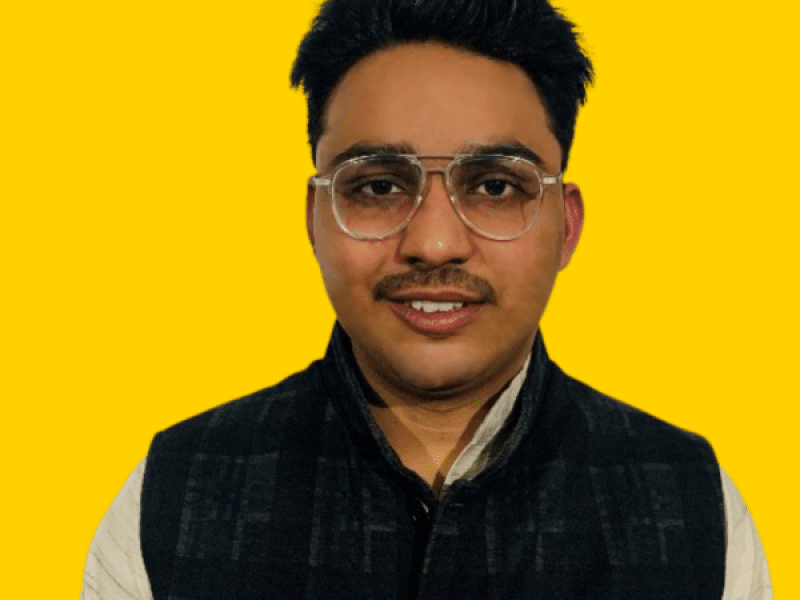 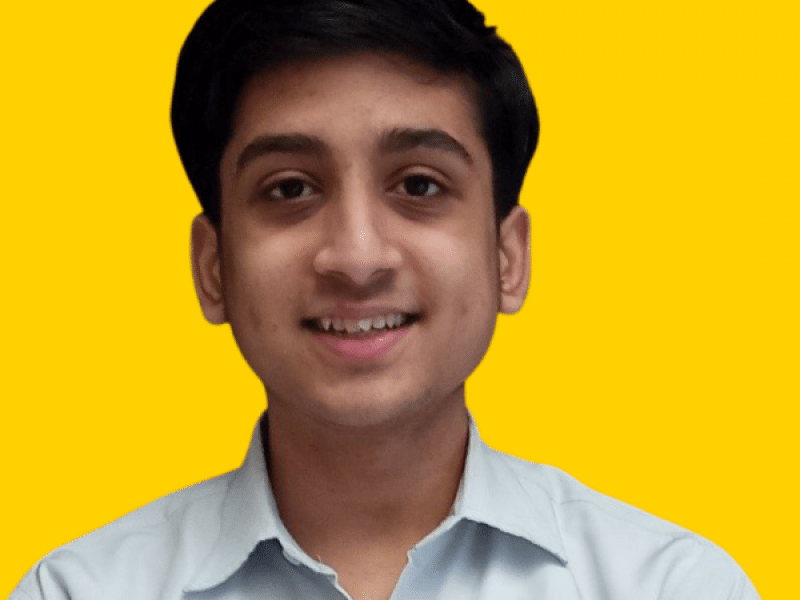 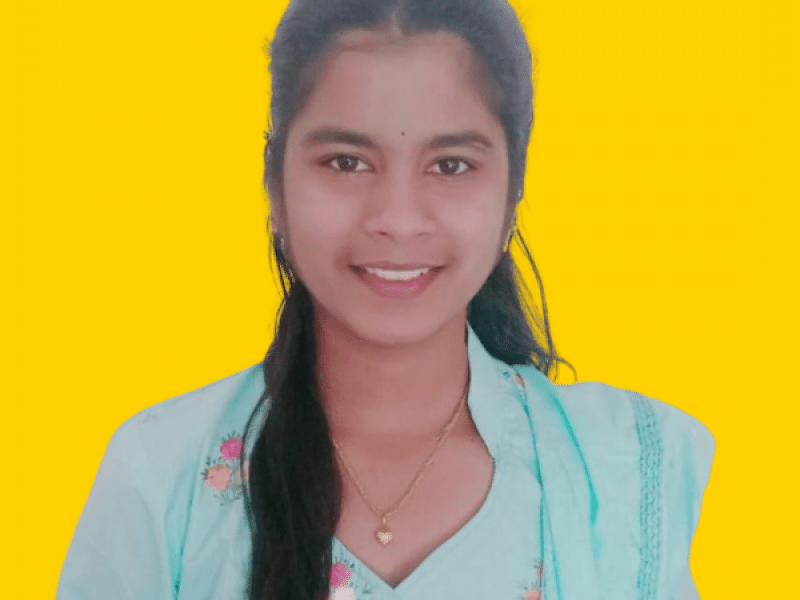