Gearing up: How Megan is bridging the gender divide in tech through LEGO robots

Megan is contributing to a growing movement of young female changemakers who encourage other young girls to pursue STEM education. 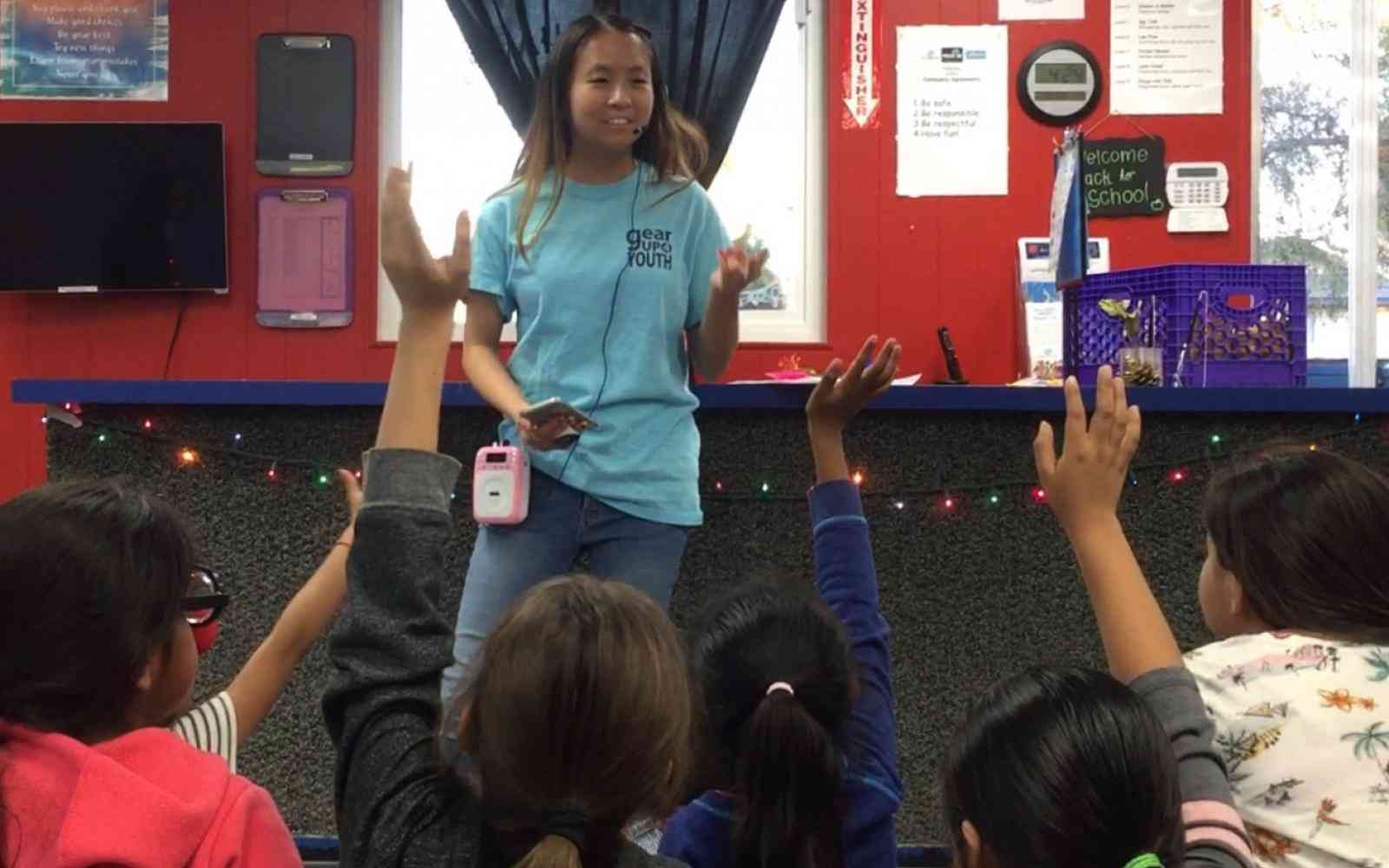 Megan’s venture at a glance:

​​As a highly adaptive and creative changemaker, her story demonstrates that solutions never outpace problems. Even when faced with unexpected challenges, changemakers like Megan assess the problem, actively listen to others' opinions, and co-design solutions for change.

Growing up playing with LEGO pieces, Rubik’s cubes, and logic games, Megan Loh developed an affinity for creative problem-solving. This curiosity and tactical skill set led her to enroll in a technology-focused summer camp in 5th grade.

Immediately after arriving at camp, Megan found herself waiting in a long line, which she assumed to be headed towards the registration tables for check-in. To her surprise, she discovered that the line was headed towards the boy’s bathroom instead. With a beet-red face, Megan rushed over to the actual registration line, trying to shield her embarrassment.

Her embarrassment transitioned into shock when she learned that she was one of only two girls attending the summer camp. This moment was the first time she encountered the gender gap in STEM, which sparked a budding concern over young women feeling included and welcomed in male-dominated spaces.

As a Girl Scout since Kindergarten, Megan felt resolved and prepared to do something about the gender inequality she identified through her experience at camp. “Girl Scouts gave me my voice,” Megan says, “and when I identified an issue within my community I wanted to change, it taught me how to take my passion and turn it into action.” Taking action, Megan launched GEARup4Youth, a non-profit  and youth-led organization, at the age of 13.

She was inspired by her older sister and role model, Sharleen, who started her own changemaking journey in middle school. Learning from her sister’s experience, Megan determined that she needed to start with one of the root causes of the gender gap in STEM, which she sees as a lack of resources and technological opportunities for young girls, especially for those in underprivileged communities.

Megan’s gathered a few of her friends around her mission and together they launched a free series of programming classes for other young girls at a local library. Their curriculum offered fun activities illustrated with cartoon characters and colorful coding blocks. The first few classes generated positive feedback from both the parents and the young girls who participated, all pleased for the introduction to STEM.

Building on the momentum of her first few classes, Megan and her team decided to offer the same curriculum at a local Boys and Girls Club, but this time targeting young girls from an underprivileged community. However, the reaction to these classes was not as positive.

Undeterred, Megan brainstormed and learned that many of these girls do not have computers at home and expressed a desire to play computer games over learning how to code. Megan reflected on the latter challenge. “I traced back to my childhood, trying to think of what excited me about technology. And then, it hit me. I knew exactly what I needed to do -- use colorful LEGO robots to catch the girls’ attention.”

She and her team revised the curriculum to enable more interaction and hands-on learning with LEGO robots. Shortly after, the class at the Boys and Girls Club gained momentum as young girls developed an enthusiasm towards programming robots.

The popularity of Megan’s LEGO robots caught the attention of other Boys and Girls Club locations, inviting her team to host these innovative classes for the young girls in their programs as well. Four years later, GEARup4Youth has reached over 9,500 young girls with technology and computing education.

The moments I appreciate the most are when the girls overcome an obstacle or build their most challenging project, and their eyes light up and they grab my hand, shouting, ‘Look! Look Megan, I did it!'

Achieving this level of impact has not been an easy process. Megan says “there really is no such thing as a flawless event,” such as last-minute volunteer cancellations. Frustrated by this recurring challenge, Megan and her team designed a volunteer system that includes a backup sign up so they can ensure they always have enough volunteers.

Despite these challenges, Megan says “the moments I appreciate the most are when the girls overcome an obstacle or build their most challenging project, and their eyes light up and they grab my hand, shouting, ‘Look! Look Megan, I did it!’”

Spreading her changemaking spirit to others, Megan’s recently visited the United Nations Headquarters in New York to attend an event around the International Day of Women and Girls in Science. “I was so humbled to see that our opinions and input were valued among the international policymakers and the audience that we spoke to,” Megan says, reflecting on her conversations about gender equality with global policymakers and other young women aspiring to make change.

Her mother has been one of her strongest allies throughout this journey, motivating her every day to push forward. Never hesitating to help out with the venture, Megan says, “her incredibly strong and dedicated character inspire me every day to try my best and support [others] like she supports me.”

Megan says “being a changemaker is actively identifying an issue around your community you’re passionate about, and not being afraid to take action. Weathering through all the challenges along your path and working your hardest because the lives you’re affecting keep pushing you forward. Doing all you can to make a change, no matter how big or small.”

Megan participated in Ashoka's STEM for Changemaker Challenge in partnership with General Motors in Spring 2019. Read more about the challenge here.

This story was drafted by Youth Years Intern Kaylee Anderson.