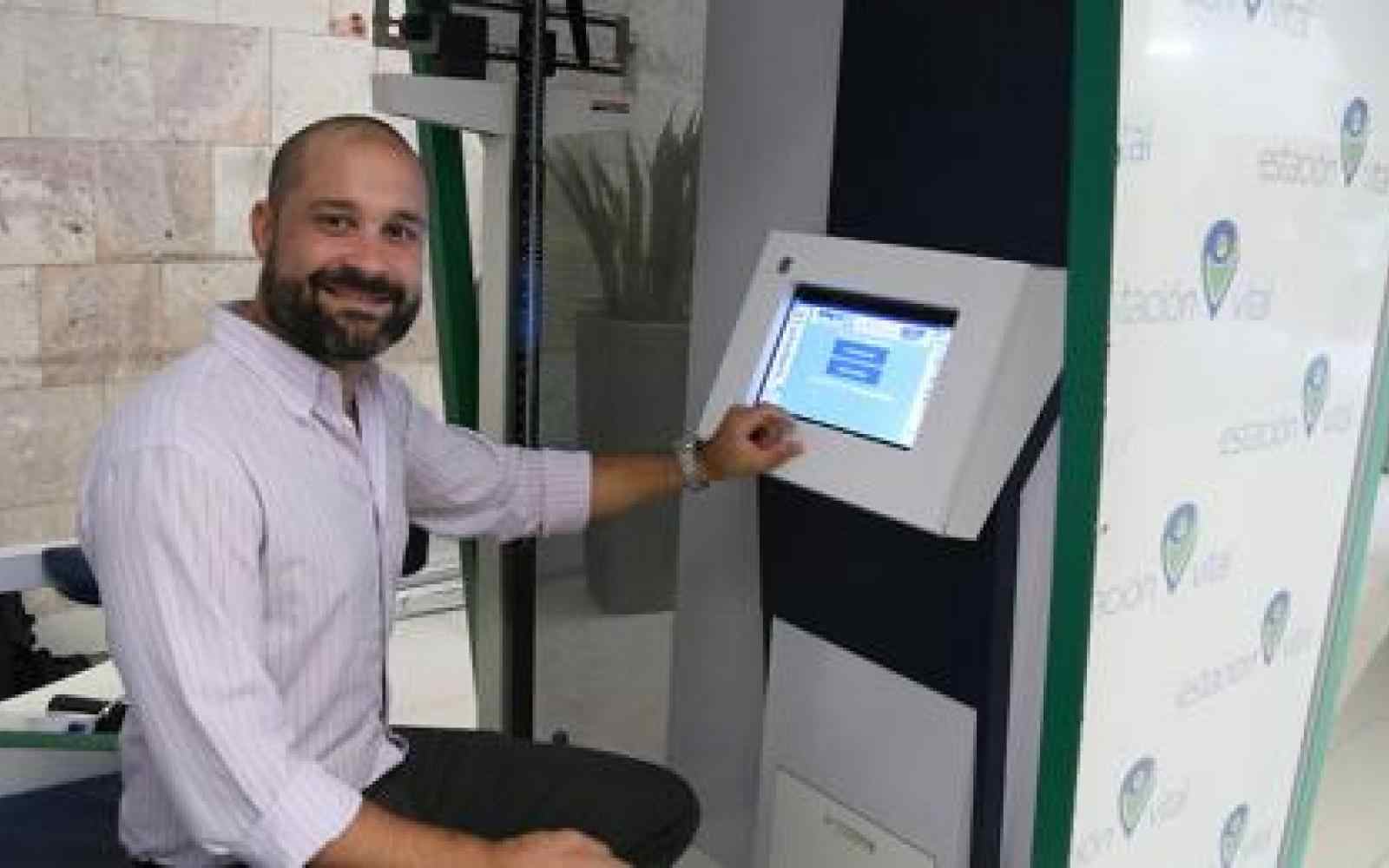 In a main intersection hallway of the Metrocentro mall in Nicaragua’s capital city, Managua, you will find a green and white booth that looks like it might take your photo. Instead, it takes your blood pressure, temperature, cholesterol and triglyceride levels, vision information, and weight. Estación Vital, founded by Marcos Lacayo Bosche, provides the "vital station" and these services either free of charge or at very low cost as part of a focused effort to shift Nicaraguans’ approach to their health: from reactive to proactive, from negative to positive.

"With a lot of symptoms, people will say, ‘It’s just a headache’. They don’t consider it might be a symptom of something more serious," says Marcos. He describes the time when a woman stopped at one of the kiosks, and all her results were negative: glucose, cholesterol, blood pressure, weight. She hadn’t visited a doctor in ten years and thought she was healthy. The system recommended that she visit a physician, and she found out that she was in the first stages of cancer. This early detection allowed her to get the treatment she needed.

As of March 2019, over 65,000 users have received over 287,000 evaluations through Estación Vital. They have installed two kiosks in separate locations, and although Nicaragua’s socioeconomic crisis forced them to downsize to one, they plan to install several more in the near future. By collecting additional demographic information at the kiosks, Marcos found out that only 20 percent of their users have health insurance of any kind (private or public). In that context, Estación Vital is helping to fill a big gap in healthcare availability and usage.

By charging for about half of their services, at prices that allow low-income people to access healthcare, Estación Vital is self-sustainable. Even profitable. It serves around 150 people per day, and 30 to 40 percent of them purchase a service. Every kiosk is staffed with paid students in health-related fields who recommend supplements and products that Estación Vital sells at affordable prices. In addition, the staff teach users healthy habits to prevent diseases.

“The kiosk is a magnet that offers you free services, creates a profile,and based on that, offers you a bunch of paid services,” says Marcos. “That mix makes it sustainable and allows us to offer access also to those who cannot pay anything, and to expand to new locations.”

Another resource that helps sustain the business is an alliance with cell phone service provider Telefónica. Through the platform, Telefónica clients can receive daily recommendations from physicians via text messages for a small fee. Estación Vital also has a mobile app that gives access to healthcare professionals for general concerns.

As part of a new program, Accelerating Healthcare Access (AHA!), Marcos will soon be working with Philips’ Head of Marketing for Latin America, David Sotomayor, to explore ways in which Estación Vital and Philips can benefit from each other’s data, methods and networks, among other resources - all with the aim on increasingly health outcomes. Mr. Sotomayorsaid, “Marcos is doing exactly what I have been looking for in my relationship program with some non-governmental organizations and startups: access and digital models.”

In the next year, Estación Vital will install five more kiosks in Nicaragua. Marcos also plans to offer low-cost health and life insurance and to add a membership program that will give access to many more health services, including appointments and home-care. More services can easily be added to each kiosk in the future, and the approach has the potential to be replicated across Latin America. Expanding to other Central American countries is part of the plan, with the aim of having 40 to 50 kiosks up and running in five years.

Marcos’s parents, a doctor and a PhD in public health, have devoted their lives to improving Nicaraguans’ wellbeing, and they encouraged him from an early age to do whatever he could for his country and its people. In addition to founding and leading Estación Vital, Marcos further helps those in need as a volunteer firefighter.