Felipe is bringing pride back to living in Rio de Janeiro's favelas by beautifying spaces and encouraging creative play. 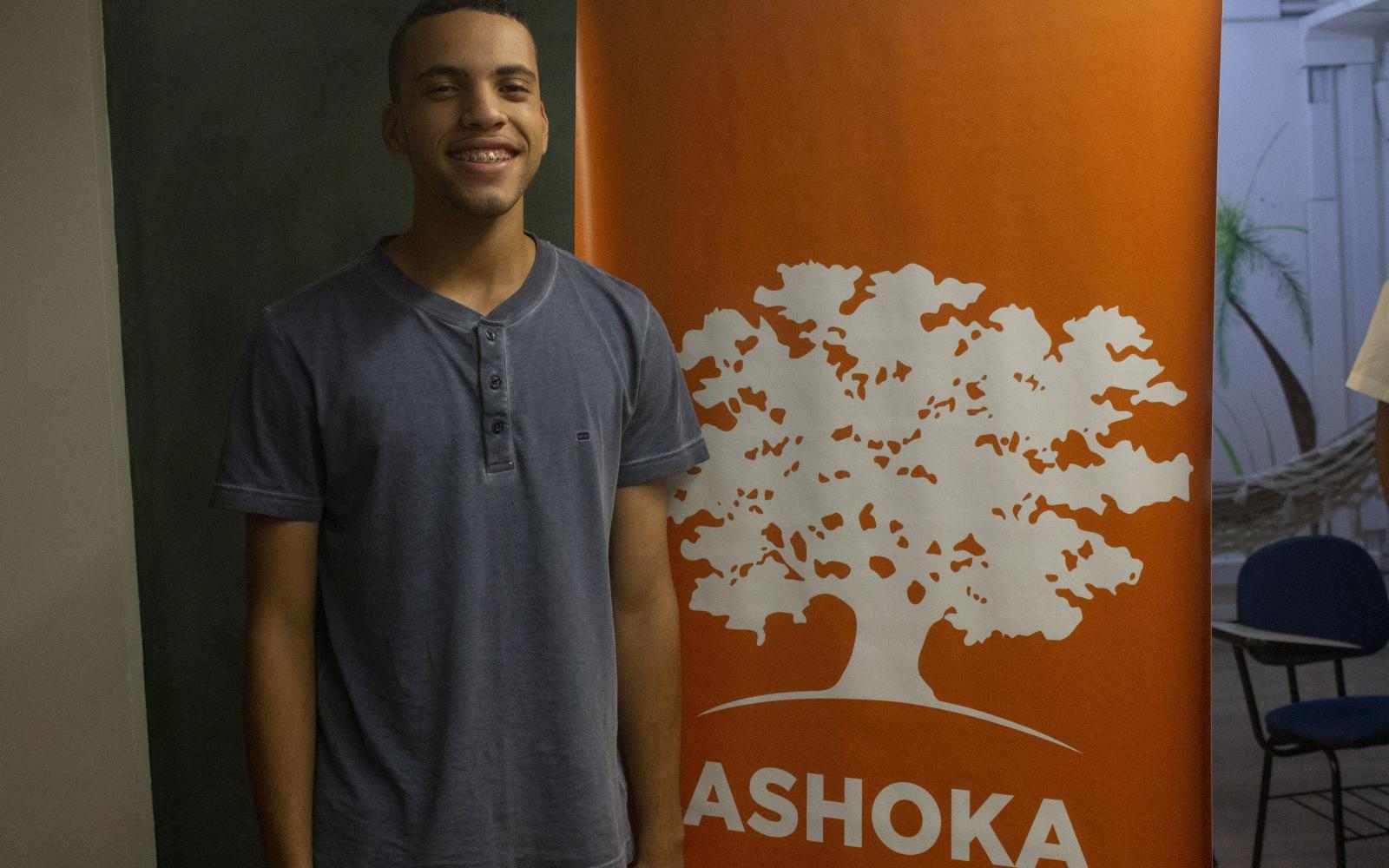 Every changemaker’s lived experiences and upbringing uniquely molds their changemaking journey. For Felipe, his family and community shape the changemaker he is today. His story demonstrates how young people can embrace their communities to create a better tomorrow for themselves, their family, and their neighbors.

Born and raised in Costa Barros, a neighborhood of Rio de Janeiro, Felipe Rocha grew up in one of the city’s most disadvantaged neighborhoods. He and his nine brothers were raised by a single mother. Despite his family’s struggles, at the age of 8, Felipe was afforded the opportunity to participate in programs hosted by a local evangelical nonprofit organization, Visão Restaar, or Vision Restore.

From here, he became deeply connected to the church. This community instilled in him the value of helping others, especially children, overcome poverty and create positive change.

Today, he is a volunteer for Visão Restaar. As a cultural instructor for 20+ children ages 8 to 12, Feliple educates others about community engagement and citizenship and leads recreational activities.

Years of involvement with Visão Restaar inspired Felipe to lead two initiatives to reclaim his community and increase everyone’s quality of life. One particular social problem Felipe identified in Costa Barros was the increasing prevalence of abandoned spaces, such as open fields or worn-down buildings. These spaces were frequently taken advantage of by outsiders for dumping waste. He also noticed a lack of interest in urban cleaning by local government officials.

Refusing to allow his city to feel abandoned and unsafe, Felipe decided to create his first initiative, Oficina BrincArte (PlayArt). This social project provides young children an opportunity to play games outdoors and enjoy public spaces, not fear it. Through creative play, Felipe and his team of peers teach children about challenges in their community and co-design solutions to change their reality.

As of Summer 2019, Felipe’s projects have involved nearly 60 children between the ages of 5 and 12. He believes his projects have the potential to reach about 10,000 families across a network of 5 favelas locally.

Felipe continues to develop his skills in community development and civic leadership beyond his social ventures. He participates in an apprenticeship and is enrolled in numerous technology and programming courses at Recode, a Brazilian organization creating conscious and connected citizens through digital empowerment. He also is involved in the Active Citizens program for social leaders at his university.

Felipe demands a new reality, one where young people feel safe and capable to reach their full potential. Felipe says, “What really pushed me was not wanting the community the way it was.” He says other young people “see a sad reality. I want others to take new horizons, new perspectives on life, to look at life in another way.”