From a young age, Daniel has been committed to feeding his community. Today, he is reconceiving the food production system across Côte d'Ivoire. 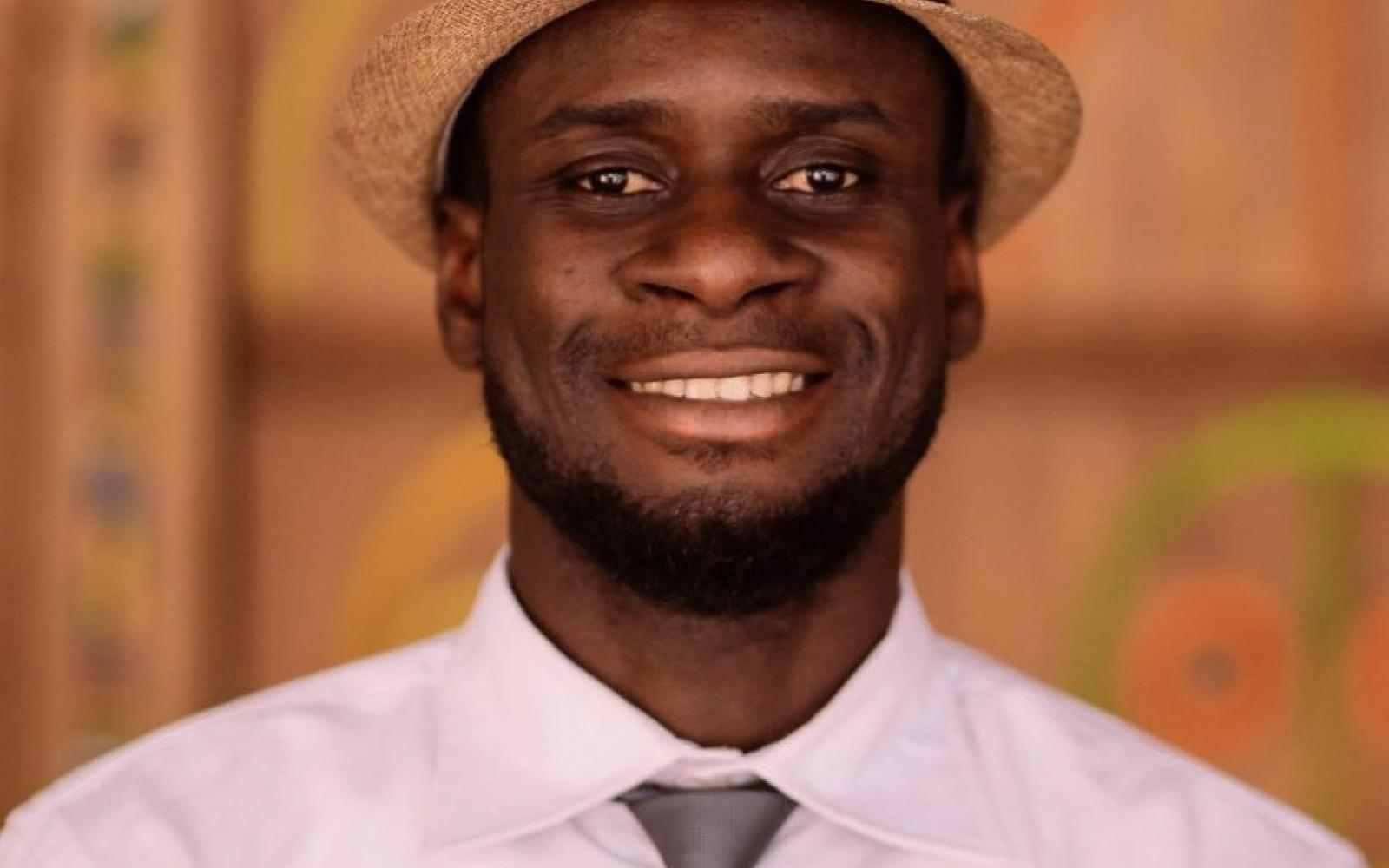 Daniel, a young social entrepreneur from Côte d'Ivoire, is reimagining the food production system in his country from farm to fork. As a young adult, Daniel founded a social venture to create a food system that works for both farmers and families. By redesigning the food value chain to be focused on local seeds over genetically modified goods - livelihoods over profit - his team provides quality and nutritious food to families at affordable prices.

Daniel’s journey to changemaking traces back to his growing up years. Daniel was born in Liberia where his mother was born and raised. Soon after Daniel was born, the First Liberian Civil War began in 1989, a multi-year, violent internal conflict that displaced over one million people to neighboring countries. Hunger was used as a weapon of war as conflict propelled vast food insecurity and malnutrition.

Seeking refuge, Daniel’s family migrated to Côte d'Ivoire where his father grew up. They settled in Dainé, a small, agricultural village in the western region of Côte D’Ivoire. As a teenager, Daniel was dismayed by the stress his parents and neighbors shared when packing their crops for market, each aggravated by the depreciation of their harvests and loss of productivity due to poor pest control. Daniel reflects, “In Côte d'Ivoire, I was especially marked by post-harvest losses. All my childhood, I saw vast fields, filled granaries, but behind, it was misery” (Teller Report).

Over the years, multinational corporations dominated industrialized agrarian society in Côte d'Ivoire. And, eventually, the country legalized the use of genetically-modified seeds (GMOs). By introducing GMOs and pesticides for higher crop yields, farmers felt forced to alter their generational trade, which increased the homogenization of seeds and reduced nutrients. Farmers with local seeds and non-chemical farming methods, refusing to depend on these corporations, were eventually priced out of their own economy.

Daniel, now a teenager, was determined to combat hunger and reimagine a food system that promotes the dignity and livelihood of farmers, not companies. His first step was to start a seed bank, or “grain library,” with farmers, creating a space for farmers to convene and share local seeds. Daniel began to document and track seeds used by local farms, recording the productivity of different types of seeds to ensure farmers could maximize their harvests before planting. With ambitious aspirations of combating the industrialization of agriculture in his community, Daniel shares the project “shows farmers that they can produce just as much without chemicals.”

Daniel’s first beneficiary was his father. Daniel grew up observing and helping his father farm hrough traditional farming techniques. Tedious and time-consuming, Daniel was determined to offer his father an alternative method that was more sustainable and efficient. Even though Daniel dreams of modernizing agriculture, he respects generations of farming practices before him. Daniel shares “because we have ancestral philosophies, techniques, and practices that are grafted to our grain library that we try to protect, preserve and share with future generations” (Akody).

Agricultural sustainability and local resiliency became professional guideposts for Daniel. As a young adult, he founded Grainothèque, or The Grain Library in English. Expanding on his seed bank idea, Daniel wanted to support local farmers through increasing access to agricultural equipment, affordable technology, data, and quality seeds. As he began to launch his venture, he recognized a bigger role he needed to play: redesigning his region’s food production system.

Daniel began to design a system for local farmers to monetize all parts of their harvest. Produce and harvests could be sold directly to consumers and unsold products, crop residue could be transformed into animal feed, and manure from livestock could be sold as a soil amendment to improve agricultural production. Daniel was energized, he began to see himself not as a business owner, but an agripreneur, a social entrepreneur determined to reinvest agriculture for equity and human development.

Today, in his 30s, Daniel is normalizing food security and improving nutrition within households, raising farmers' incomes, and strengthening their resiliency as a community. An architect of agricultural production, Daniel’s team is adopting climate-conscious processes to reduce the environmental impact of extractive farming as well as create employment opportunities for young people in rural communities. He shares, “Since I have made my project a reality and found my way in the sector I have been living a great moment of happiness. I am always delighted to see the smile that our products bring to households and I am very satisfied to have contributed to it.”

Despite his success, Daniel constantly struggles with changing public attitudes toward the agricultural sector in his country. Daniel shares “Agriculture has been treated as a messy activity that was reserved for people who had failed at other important things in life. This made it very difficult for my parents and friends to understand my decision to pursue this path. However, I decided to keep fighting no matter the discouragement and this has brought me to where I am today” (Tony Elumelu Foundation).

The coronavirus pandemic has caused international fear for heightened food insecurity. Daniel says, “we will have to face an impending food crisis, in anticipation that we have launched initiatives quickly to protect the most vulnerable, maintain the activity of the agricultural sectors and mitigate the effects of the pandemic on the entire food system.” Daniel’s team responded by organizing online Hackathons with actors from the local agricultural value chains. Through digital collaboration, the community generated practical ideas to mitigate the challenges of the pandemic.

Public interest in the ideas produced from the Hackathons also encouraged Daniel to launch a "Food response to COVID-19", a citizens' movement to protect food security nationwide. This movement challenges a long-held stigma against the agricultural industry, encouraging young people to see the role they can play for a more sustainable and resilient world. One of the major innovations of this initiative has been the digitalization of the pork sector in Côte d'Ivoire, which guarantees the availability of pork and enables people to obtain meat without traveling long distances.

By redesigning the food value chain to a system that is more data-driven and equitable, Daniel has been promoting dignity for farmers and families across his country since his teenage years. Reflecting on his journey, Daniel says, “We encourage young people in Côte d'Ivoire and Africa to embrace this sector of activity that has a promising future.”

Daniel recognizes the power of social entrepreneurs starting young, “Because no one will do it for us. Confucius said that ‘I cannot learn to speak to anyone who does not make an effort to speak’. No one, apart from the youth itself, can make us happy. We have to create the parallel world we dream of by committing ourselves ... Everyone is the gardener of his or her inner plant and its growth and beauty are under his or her full responsibility. Young people must commit themselves to solve the problems of their community because our community is our responsibility."