Eduardo creates spaces for intergenerational learning and living in order to combat barriers to interconnected social problems. With a tract record for changemaking, we look closely at Eduardo’s journey to changemaking. 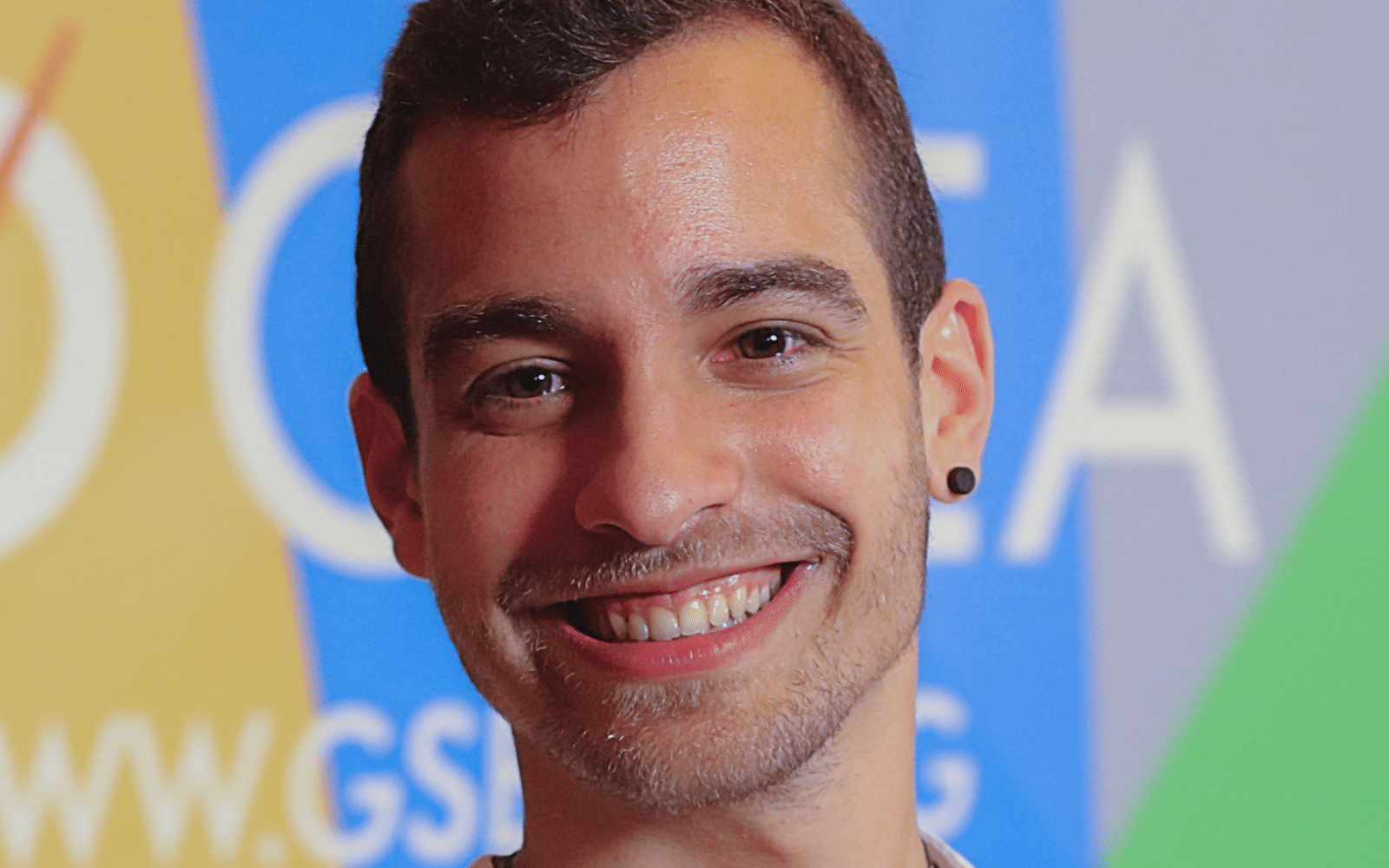 As children we are taught our youth is like a waiting room: you must wait until you are an adult to start doing things, but changemakers show us that people can act at any age. It is our time to break the “waiting room” talk in order to uplift young people as equal and powerful contributors in today’s world.

However, Eduardo Fierro, a changemaker and social entrepreneur from Spain, does not see young people in the background of a rapidly changing world. In his mind, they are always at the forefront of change, breaking down the walls that are often put up by older generations to divide and differentiate society.

From participating in social movements in high school to leading a mentoring program in college to building communities for intergenerational living in his 20’s, Eduardo knows what it means to create youth-led solutions to interconnected and intergenerational social issues. These experiences will young set him up for a lifetime of changemaking.

Eduardo embraced this power of young people by learning from his grandmother’s journey. Self-determined and independent, she grew up constantly challenging other’s expectations of her, many of which were gendered and old ways of thinking. Regardless of age, Eduardo’s grandmother found her power through her voice and choices throughout her life, instilling in Eduardo the idea “that age is just a number.”

During high school in the Canary Islands, Eduardo Fierro was a part of many student movements that voiced problems of their educational system. Local activism was his first experience with challenging a system. Through calling into question leadership and institutions, he met other activists, each with their own motivations and perspectives. This exposure enabled Eduardo to embrace the mindset of a changemaker, someone who is adaptable, open-minded, and eager to act.

With this new mindset, Eduardo was determined to lead equity and inclusion initiatives in college. He enrolled in the Universidad de La Laguna located in the Canary Islands. Within a few weeks of classes, he found that many students were struggling financially.

In Spain, college students can apply for grants to attend college if they are unable to afford tuition costs. Eduardo was one of many students that was able to utilize this tool to become the first college graduate in his family. However, this grant would only pay for his school tuition, not other costs associated with going to college, such as transportation, books, and rent.

During his time at the Universidad de La Laguna, Spain was facing a severe economic crisis. Eduardo noticed that many of his fellow classmates were no longer attending class. Without funds for food, rent, and travel, many students could no longer afford to attend college. Eduardo and his fellow classmates stepped up by working alongside professors and the University to pay for students' additional expenses through fundraising.

By reallocating funding, the team was able to increase enrollment by covering expenses beyond tuition. However, because of financial hardship, many students also miss out on other opportunities unique to the university experience, such as extracurricular activities, social events, and mentorship. And when Eduardo joined a university club that brings together ambitious entrepreneurial students, he was dismayed to learn about the lack of guidance or opportunities available to students.

Many students, Eduardo discovered, were unable to find adults outside of the University to advise them because of geographic and intergenerational barriers. This barrier stems from a constant migration of students. After graduating from university, many young people move from the Canary Islands to Spain for economic opportunities. which created a deep divide between the university experience and career opportunities.

In search of a mentor, Eduardo met Jaime Cavero, an experienced professional in the Canary Islands. Eduardo shared with Jaime this frustration, and together they created a new initiate for his school called Mentor Day. On this day, businesspeople and entrepreneurs based in the Canary Islands are matched with students to mentor.

After coordinating Mentor Day several times, Eduardo and his team networked over 2,500 students to professionals across the Canary Islands. Even after graduating, Mentor Day is led by a new group of student leaders, eliminating divides between the university experience and life after graduation through intergenerational dialogue and mentorship.

Eduardo, now a young professional himself, discovered a new form of currency: social connections. By connecting students with professionals, he uncovered the value of personal networks to create professional opportunities, which amplifies the importance of social capital in today’s world.

Inspired by his relationship with his grandmother, Eduardo co-founded Kuvu, a social initiative improving the quality of life of elderly people by connecting them with the younger generation. It is a home sharing program that connects young people and older adults to live together through mid-term rental agreements.

As a result of this intergenerational living, the team prevents loneliness among older adults, increases their income, promotes accessible and affordable housing to young adults while generating transformative living experiences.

To Eduardo, age creates opportunities, not barriers. Instead of victimizing young people or the elderly, he sees each as powerful. Intergenerational living for Eduardo means growing together.

Throughout his life, he has been able to accomplish great tasks because he was supported by adults who believed in him, including the professors at his university and Jamie Cavero who him with Mentor Day.

The world Eduardo is living in is constantly changing, and while it has become more globalized and interconnected, he sees a rise in intergenerational disconnection. By breaking down financial, social and generational barriers, Eduardo embraces solutions for building a world where everyone is an equal and powerful contributor, regardless of their age.

This story was written by Zoë Ogilvie and edited for length and clarity.