The Age of Empowerment is Here (If We Want It) 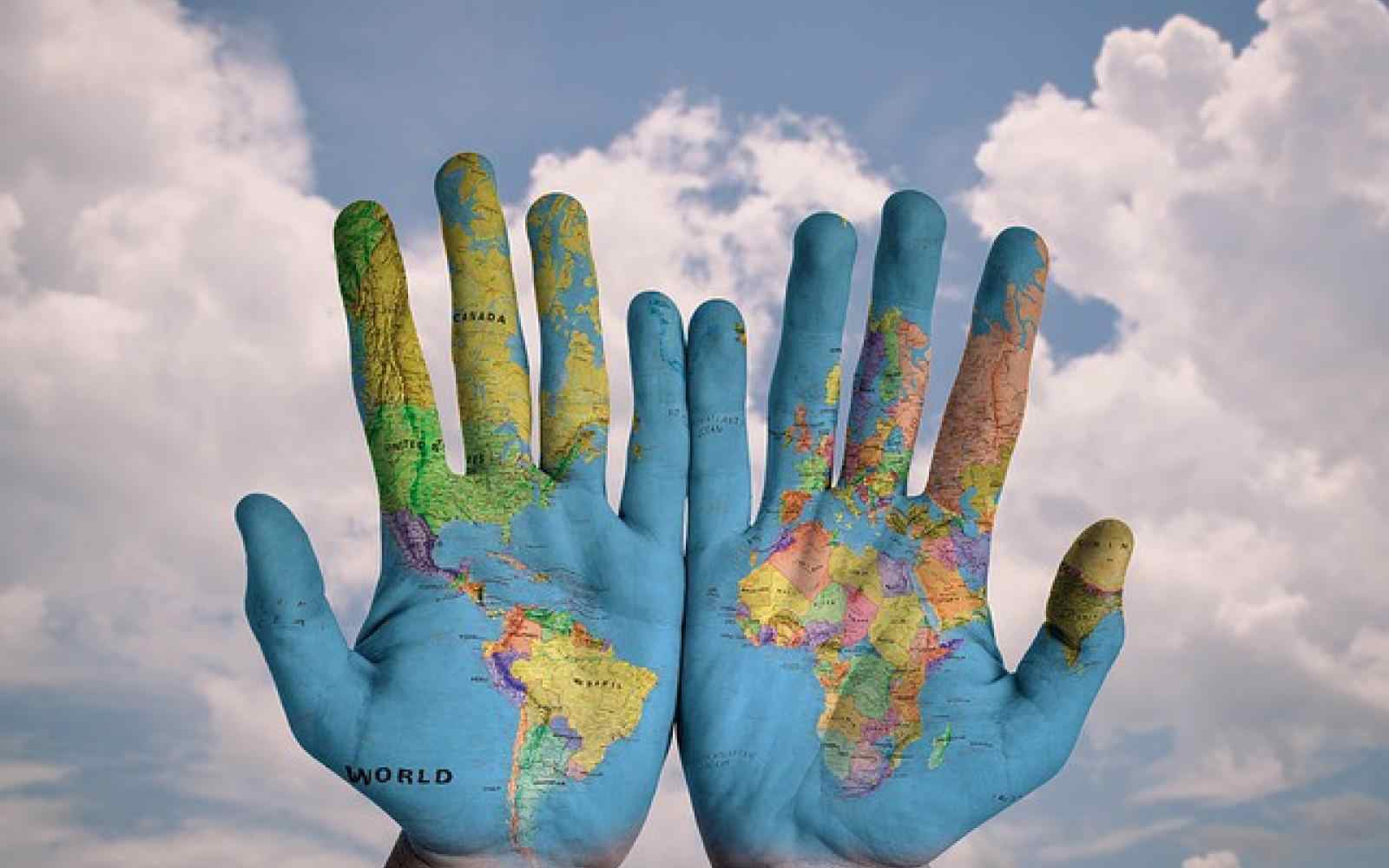 If you enjoy the sensation of dizziness take a look at the UN’s recently adopted mission: the Sustainable Development Goals. There are no less than 169 targets grouped together under seventeen aims. The assembled states of the world expect to eliminate poverty, achieve well-being for all and end gender inequality (to name just three of the aims) by 2030. Ambitious enough to leave a newly arrived messiah sweating over a Gant chart.

It would be easy to dismiss such lofty goals as little more than the pipe dreams of well-meaning UN officials and the PR gloss for some more or less savoury political leaders. But this ignores how much has in fact been achieved over the last few decades.

Contrary to popular belief, for example, global inequality has declined massively (Sustainable Development Goal no. 10, if you’re asking). In 1960, the U.S. was eleven times richer than Asia. Today it is less than five times richer.

There are now 130 million less people facing hunger (goal no. 2) than there were twenty years ago. That’s despite the global population growing by 1.5 billion over the same period.

The percentage of the world’s population living in extreme poverty (goal no.1) has fallen from approximately 35 percent in 1990 to around 10 percent today.

What’s driven this unprecedented shift to a better world? The truth is that hundreds of millions of ordinary people around the world have made this change for themselves by setting up businesses, coming up with innovations and generating wealth. A good portion of that wealth has been used to directly address some of the deep social and economic problems the UN’s goals highlight.

What the last two or three decades show is that when people are given the freedom and the resources to improve their own lives and the lives of others they will seize the opportunity and do it far better than any state hierarchy. Indeed, the greatest contribution governments have made in that time, particularly in Asia and Latin America, has been to stop trying to do all the work themselves and instead let their populations get on with it. Governments are slowly becoming aware that the secret to positive change is to empower others to generate that change.

But they are not alone. There are at least three other shifts underway that make this "age of empowerment" even more intense.

What is Driving the Age of Empowerment?

First, there is a new wave of empowering technology. Social media, for example, grew exponentially by giving millions the tools to create and share online bypassing the conventional hierarchies of the media. Companies like Etsy have well over a million small arts and crafts firms on their website empowered to sell across the globe without the need for wholesalers or marketing firms. 3D printing, the Internet of Things and blockchain are poised to introduce similar empowering disruption to manufacturing, energy generation and finance.

Second, there is the massive shift in values charted in rigorous detail over forty years by the Michigan University Professor Ronald Inglehart. This is the move from populations primarily concerned with material issues such as having enough food to feed the family and a decent place to live to what Ingelhart’s collaborator Christian Welzel calls “emancipatory values”. These are the search for self-determination, free choice and creativity.

As the research shows, this desire for freedom and empowerment becomes more widespread as a population becomes wealthier so we should expect such a trend to accelerate throughout Latin America, Asia and elsewhere just as it has in Europe since the 1950s.

Third is the transformation in the way we organise ourselves. The traditional hierarchical business based on an elite of decision-makers and a mass of drone-like workers is increasingly struggling to survive in very complex and volatile markets. Under today’s business conditions, there is rarely enough time to refer decisions upwards let alone sufficient expertise at the top to make the right choices.

Authors such as Frederic Laloux, Brian Robertson and Isaac Getz are revealing how business is reinventing itself around principles of radical decentralisation and worker autonomy and even abolition of management to survive. Firms like Buurtzorg, Zappos and Valve are showing the sorts of gains in productivity and competitiveness that result.

Releasing the Age of Empowerment

Despite this progress, big problems obviously still exist. Poverty, hunger and gross inequality may have been eroded but they have not disappeared. And, of course, the threat of runaway climate change now looms large over the globe.

If we are to make the sort of leap the UN envisages by 2030 then the empowerment of the last three decades needs to be intensified. Billions more must be freed to take charge of their own destiny so they can generate the explosion of wealth and innovation required to solve these challenges. 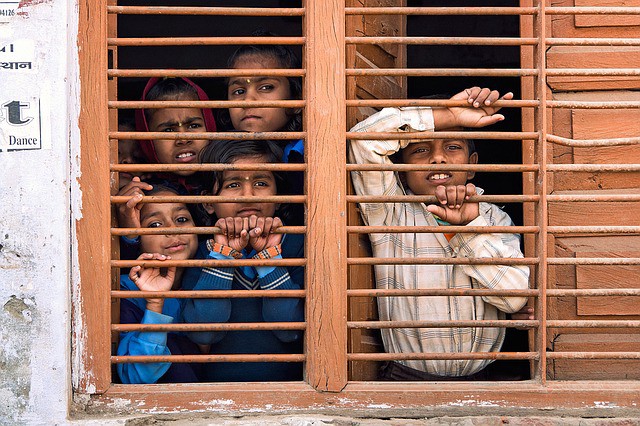 The starting-point, as ever, is education. Too many of the world’s schools and universities are modeled on the old, hierarchical elitism of the last century. Students are regarded as empty vessels that simply need to be filled up with knowledge and skills readying them for their niche in a static labour market. As a result, educational institutions disempower students through their teaching methods and simultaneously fail to prepare them to seize the benefits of empowerment.

The institutions in Ashoka’s Changemaker Schools and Campus networks take a different approach. They treat students as creative, entrepreneurial problem-solvers and give them the power, skills and resources to generate change both while learning and after they graduate. But such inspirational places are still a minority and without a real shift in the way whole education systems work the Age of Empowerment will fail to reach its full potential by some considerable margin.

There is also a great deal to do to break down wider organisational hierarchies. Business is shifting but too slowly. The sorts of imbalances of power built into large corporations that leave management and investors with huge influence over budgets, rewards and strategy feels increasingly outdated. It is an imbalance that explains why self-employment is an increasingly attractive option for millions across the world. It also explains why established corporations are rightly fearful of the way their sectors are being rapidly disrupted by new businesses that have placed the empowerment of staff, customers and other stakeholders at the heart of their business model. These trends need to be embraced and encouraged and the increasingly regular attempts we see by established, hierarchical businesses to defend their patch must be resisted.

The positive impact of empowered individuals and empowering organisations will be limited however if the economic and political systems within which they operate remain deeply disempowering. Although inequality between nations and regions has fallen in the last three decades, wealth and economic power is still highly concentrated. The top 500 global corporations earn one third of all business revenues. Sixty-two of the world’s wealthiest people are as rich as 3.6 billion of the earth’s population.

Political systems also face a challenge to open themselves up so that ordinary citizens rather than party and media elites are empowered to influence big decisions. It is telling that research shows that a big driver of the recent success of populist parties and candidates in Europe and America is the sense that millions feel disempowered by the state’s decision-making processes.

So humanity faces an important choice between two alternative futures. One where the full benefits of an empowered world are missed and we fail to rid the earth of the human suffering that has scarred it for so many centuries. Or one where all elites — educational, business, political — finally accept that the key to a better world is to let the people of the planet create that world for themselves.

Maybe with such a shift we will look back in 2030 on the UN’s stretching goals and feel a little less dizzy.