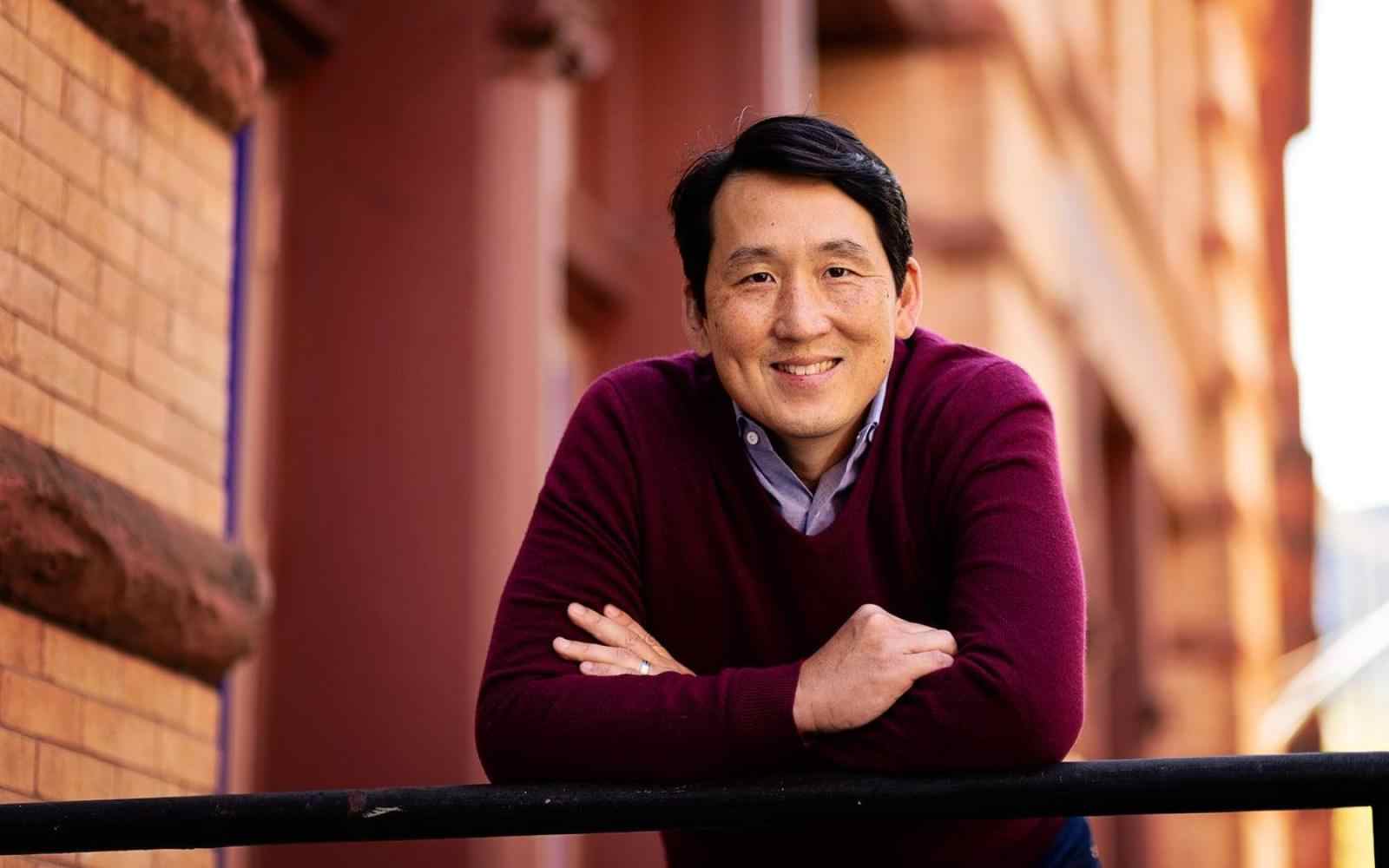 James Rhee is a high school teacher, turned private equity investor, turned CEO/entrepreneur, turned movement builder. Deeply shaped by his life experience as the son of immigrant Korean caregivers, James led the much-acclaimed reinvention of the company Ashley Stewart, with a unique focus on human relationships and community. He’s now on a quest to marry kindness and math to shape a more sustainable form of capitalism.

James is a newly elected member of Ashoka’s Entrepreneur-to-Entrepreneur Network, which brings together high-impact entrepreneurs from the business sector with the world’s most powerful social entrepreneurs at Ashoka. We recently spoke about what he’s learned and what’s next.

Konstanze Frischen: James, you’re not shy in stating your ambition: Your most recent venture is a movement that aims to shape the future of capitalism. You call it red helicopter. Before we get into details—why did you choose this name?

James Rhee: When I was five years old, I was in a public-school kindergarten, and one day my friend’s father and his siblings came in and gifted me a little toy red helicopter. At first, I didn’t understand why, and it took me a long time to realize it was because I had been sharing my lunch with my friend. He often came to school without lunch, but it never dawned on me that what I did was something worthy of an award or a prize. But over the years, that story really stuck with me. It’s a very simple story of humanity and collective wellbeing.

Frischen: The toy helicopter as an expression of an act of kindness—how does that relate to your endeavor to change how our financial systems work?

Rhee: Unfortunately, the world of financial capital has co-opted the word capital. But there are lots of other forms of capital. In the story of this red helicopter, all of these acts—me sharing lunch, them gifting me the toy—had pretty much zero economic bearing, only the actual purchase was measured by GDP. But these acts created a lot of positive externalities, a lot of wellbeing. So the red helicopter is a reminder that systems of financial capital are part of a broader system of humanity. The measurement of capitalism now is much more focused on results than on how you create those results. That “how” is captured in the social systems, which both impact and are impacted by economic activity.

Frischen: You talk about kindness as a key strategy. That sounds almost “soft.”

Rhee: Kindness is not the same as "nice." It's not words. Kindness is action. It's very intentional. It's relentless. It’s the foundation of mutualism. If properly done, it's a series of actions that enter you into a social compact with someone. It’s a transcendent, human concept that was much debated by the eighteenth-century Enlightenment thinkers.

The markets told me that this company was worth more dead than alive. But I thought it was beautiful.

Frischen: How did this approach manifest in your work with the clothing retailer Ashley Stewart?

Rhee: Ashley Stewart, to me, is a metaphor. It’s a company that predominantly served and employed one of the most vulnerable groups in the United States. Black women, plus-sized, with low to moderate income. Unfortunately, in our society, our systems are not designed for this woman to thrive. And this company, that served and employed this demographic…nobody understood it. Or cared to. The company had zero credit, no Wi-Fi. I begged people for funding, but nobody was willing. The markets told me that this company was worth more dead than alive. But I thought it was beautiful, and meaningful. To me, Ashley Stewart wasn’t really in the business of selling clothes. It was a place of belonging, of community, of emotional and physical safety. It played a crucial role in its communities. And the best part was that it was in a for-profit vehicle. So all these people who wouldn’t give us a penny, they normatively and literally said: We do not think that this company, all of the relationships it fosters, the non-financial, positive impact it has for these women in these communities, that any of that has any value. But I knew they were wrong. 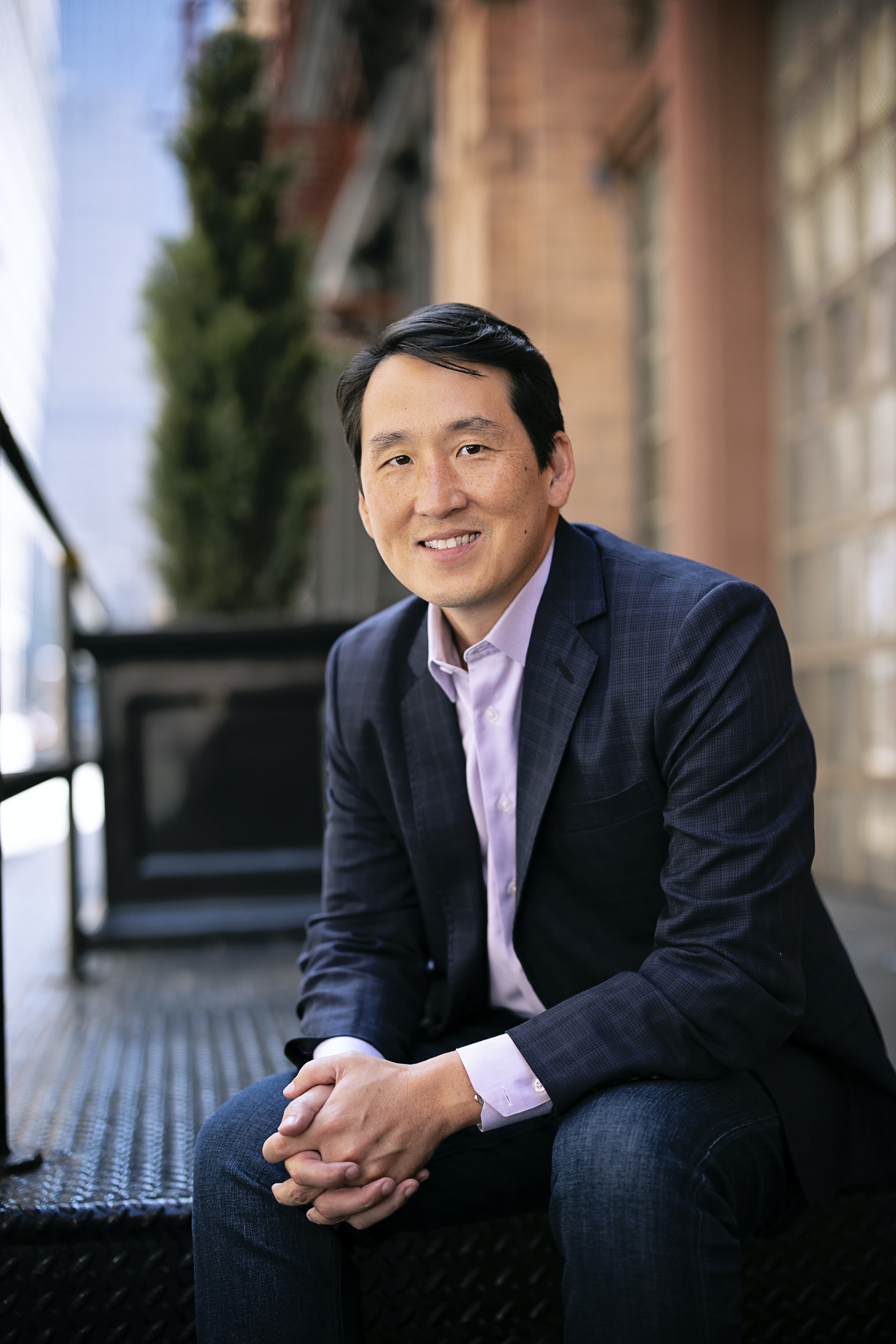 Frischen: And so in the absence of substantial investment, you tapped into the resources you had in front of you, which were the people.

Rhee: Yeah. It was really unlearning everything that I learned at Wall Street, and doing a better job distinguishing knowledge from wisdom. I recognized that there's other forms of capital, that there’s social capital. That it's okay to talk about humanity and generosity and kindness and love in any context, including in a business environment. I often think about it like a lemonade stand, which is a business where money is exchanged for a product, but it’s also deeply rooted in the neighborhood it operates in. So I brought in these non-market values, and said: "Why can't we have these social-norm values in here if they're amplified with the sophistication of a for-profit business? Why wouldn't we do that?"

Frischen: You also took hard steps. You shut down the C-suite, you invested in technology, you improved the operations, you shut down some locations. But you listened carefully to the employees, their wisdom and their experience. Would you say that mattered most?

Rhee: Yes, the most important thing was that I listened, and that I said to the employees: “I’m not here to change you or transform you. In everything you do, I see leadership, I see great values. So let’s start with that. Let's unleash what’s already here.” Because what I saw in those neighborhoods with those stores was that lemonade stand. It's not capitalism divorced from civic society. It's a form of economics that reinforces the values that you want to have in a democracy, instead of destroying them.

Rhee: …and to a nine-figure enterprise valuation!

Frischen: That’s impressive. We talked about the importance of kindness in that achievement—but you yourself say you want to “combine kindness with math.” How does math factor in?

Rhee: Before I get to the details, the most important thing is perspective change, which leads to behavior change. As a collective, we do a poor job teaching young people about things like ethics, philosophy, and kindness, not to mention accounting, finance, and money. If and when we do teach them these disciplines, we do not connect them in a systemic manner. We teach them with an adult mind, which has been conditioned to think compartmentally. Thus, when you do learn about financial matters, it’s like, you have to wear this persona and you have to kill and be aggressive and take into consideration only financial wealth maximization. We’re not normalizing the language of money and enmeshing it in a broader compact with humanity.

Frischen: That's right. There is a dichotomy there.

Rhee: Exactly. So that’s what I’m trying to change. And from a finance and accounting perspective, we need to change what we look at. In our society, particularly in the U.S., we’re obsessed with flow, not stock. We focus on the income statement, on revenue and profit, and maximizing that. It’s pretty easy to do that in a free-money environment. We don’t look at the balance sheet and questions like: How did you fund it, how did you get that money, what were the unmeasured results of how you did it? So we need to start focusing on balance sheet leadership, not income statement leadership.

Rhee: Right now, we’re not measuring all the positive and negative externalities that are created by your behavior, by how you make money. Most of these externalities, good and bad, are not captured on a company’s balance sheet, per the “rules.” Instead, they're sent off to the public. It's a tax on society that no one is measuring. So with Ashley Stewart, I tried to measure these things.

Frischen: Can you give us an example?

Rhee: Take workers’ compensation. When I finally scrounged together the money to prevent Ashley Stewart from liquidating, I almost had to give up because I couldn’t get workers’ compensation insurance. No one would insure the company because for twenty-something years, the results had been terrible. So I begged and got a policy, and our claims ended up declining 90% to 99% and stayed there. We busted the actuarial tables. For workers’ comp, when the incidents are high, there’s generally two reasons. First, there’s bad operations, which leads to physical injury. But it’s also mental and emotional. It’s a marker that people are not feeling good about working for you or the company. So when our claims were declining, it showed kindness, manifested in really good operations. Everyone “profited.”

Rhee: I made myself accountable to workers' comp. I reported on it. We put it on a synthetic balance sheet. But instead of looking at it as a liability, I looked at it as an asset. To me, it was a marker of the goodwill of how we were doing with our colleagues. So when the workers' comp incidents decline, if you have it on your balance sheet, your liability is shrinking, which means your equity has to be increasing. Which is manifested in your premium coming down. And those savings, I paid them out, in the form of people working fewer hours, because that’s what people said they wanted. In other words: We took a collective behavior, and we turned it into a collective asset, and then we shared that asset communally. We gave the employees the agency and said: It’s our collective actions, it’s our asset, we’ve earned it. That sounds subtle and small, but it's not. This is fundamental behavior change, where you're unleashing leaders. And you're taking concepts that are more similar to barter and a social compact economy, and introducing them into how a "free market business" operates.

I know it sounds so simple, but let’s start by saying that most people don’t want to wake up and go to this place called work and not be treated as a person anymore. Let’s look at the humanity.

Rhee: I know it sounds so simple, but let’s start by saying that most people don’t want to wake up and go to this place called work and not be treated as a person anymore. Let’s look at the humanity. But it’s hard, because, let’s face it, all the caregiving industries—senior living, public education, anything taking care of vulnerable people—where you create a lot of positive externalities for society, those are the industries most under siege these last few years. All these people who do this work without expectation of being paid the fair economic value for the positive externalities they create, they do it because they care. But now they are quitting because what they're dealing with is too much. And that ends up being a tax on society. Society's paying for it, we're all paying for it. And so it's all a feedback loop, right? It's all one giant open loop. And I've decided to start on just page one of the loop, because it's not linear. That's the troubling thing, right, with non-linear things. It's like, where do you start? And for me, it sounds simple, but I'm saying: Can we just start with a perspective on what kindness means? And then apply the math to measure it in a more accountable way?

This article originally appeared on Forbes.