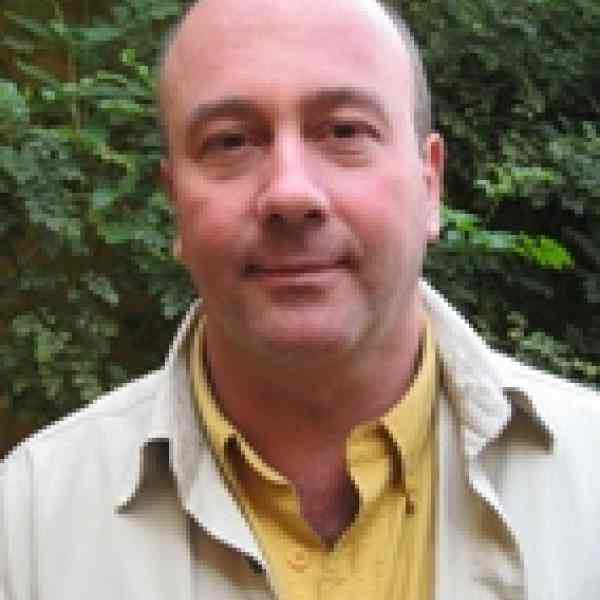 Yves Lesenfants has designed a new methodology for community-based tourism that relies on global positioning system (GPS) mapping technology, careful assessment of an area’s attractiveness as a tourist destination, and targeted marketing—all funded and sustained by microfinance cooperatives. The methodology also gives communities in or near national parks and nature reserves complete ownership over the process of creating tourism products.

With the help of his Argentina and Venezuela based organization Programa Andes Tropicales, communities are guided through a range of steps that map offerings and attractions with tools such as GPS units, build networks of family-owned tourism enterprises launched with microfinance funds, partner with national parks, and market their products to a growing client market of tourists interested in local cultures and ecologies. In doing so, Yves breaks a pattern of poorly run tourism initiatives, introduced from the outside, that prevent communities from fully benefiting from tourism as a resource for development.
Yves offers communities real new business opportunities to supplement their farming activities, which has the additional benefit of protecting nearby nature reserves from cultivation and destruction. But his new process is about much more than simply creating income streams: It allows communities to collaboratively identify, organize, and use their most valuable resources for sustainable development. And it all begins with a participatory cartography process aided by sophisticated technology—a method that has been used for conflict resolution but until now never used for tourism and development. When well designed and managed, tourism also generates renewed pride in culture and community, in addition to revenue.
Yves’s methodology is designed to be replicable in different regions, and he constantly incorporates new elements and seeks connections to realize the potential of his idea for spread. Among other examples, Yves is currently working on a bottom-of-the-pyramid funding strategy with Garmin (the largest manufacturer of GPS units) and a marketing segmentation project for global e-communities as Amazon.com customers and Google users

Rarely do community-based tourism initiatives empower communities as much as the term suggests. In Latin America, this is because the majority of so-called “community-based tourism” is based on packages introduced by outside tourism agencies or development organizations. An outside organization might build a hotel, for example, that benefits only one or two families, or worse, merely employs local people in the most basic housekeeping tasks.
Tourism agencies operating for profit have an incentive to maintain this system because community-based tourism would attract a growing segment of the tourism market away from traditional agencies. In addition, development organizations, though they might have the best of intentions, have wasted significant effort and investment in failed community-based tourism projects. They choose tourist destinations based on romantic notions of beautiful spots, creating projects without sufficient planning or knowledge of the tourist market. Community-based tourism destinations must be carefully chosen in regards to accessibility, existing infrastructure, and tourist flow if they are actually to draw tourists. Furthermore, Yves’s research on community-based tourism initiatives in the Andean region shows a disproportionate investment in marketing products in comparison to investments in technical assistance that would guarantee those products’ quality and sustainability or generate a sense of local ownership of them.
In an increasingly demanding tourism market, poorly planned and executed projects do not succeed, leaving community members disillusioned about the potential of tourism to generate revenue. And in discounting tourism, communities lose an important resource for development.
At the same time, according to a market analysis by the World Tourism Organization, a growing proportion of the tourism market is looking for more authentic travel experiences. In a global market of 700 million consumers that is expected to double by 2015, the fastest growing segment is of tourists looking for means of being socially and environmentally responsible. In this context, a model of community-based tourism that actually benefits communities could have widespread impact. Such a model requires that communities have the technical tools and methodology to develop sustainable and competitive community-based tourism for themselves.

Yves has developed methods for utilizing the market potential in several communities in two culturally and environmentally distinct regions of Venezuela, the Andes and the Orinoquian  region of Gran Sabana, both popular tourist destinations. His organization, Programa Andes Tropicales (PAT), guides communities through a meticulous process of planning and executing tourism enterprises. Yves sets each community up for success by emphasizing careful design and planning, always with a close evaluation of the target tourism market. The first step is to draw out the community’s mental maps, which are then layered with GPS mapping to lay out the geography of the community along with its tourist attractions and valuable resources. Successful tourism development will then depend on a realistic assessment of the viability of tourism, including attractions, existing travel infrastructure, and tourism flows.
Once project viability is assured, PAT works with a committee of community members to design tourism products, usually several day packages including room, board, and activities such as trekking or rafting routes. Together they create a list of microenterprises needed to realize these products, ranging from lodging in family “Mucuposadas,” to guides and rental of bicycles, horses, or other equipment. The community committee then uses a microfinance fund (the capital for which comes from PAT) to approve credit for families interested in developing enterprises according to the planned scheme. If they choose to enter Yves’s system, each family assumes the personal risks and obligations for paying back their loan to the community and for benefiting from their own tourism enterprise. Their businesses also encourage them to work together, because for example, the man renting the saddle must talk to the family with the horses. PAT offers these families a series of sixteen training sessions on topics such as hygienic food preparation and hosting large groups with minimal environmental impact.
Each tourism cooperative within a region such as the Venezuelan Andes or Gran Sabana is joined together under a regional holding company which elects representatives annually. The holding company holds each cooperative to standards that ensure uniform quality throughout all the community enterprises in the network. With technical assistance from PAT, the holding company also actively negotiates agreements with public agencies such as national park services. According to agreements with parks in the Andes, for example, outside tourism operators must use a certain number of local services, such as pack animals, to enter the park with their clients. The holding company for the first time provides an avenue for easing conflict between the parks and local people, offering a body the parks can address in order to solve problems. Tourism revenue for local people also alleviates the pressure farmers put on park boundaries, when they expand their fields in an attempt to increase their subsistence-level incomes.
As a final core service to communities, PAT markets tourist products by developing brochures and other materials designed and distributed to target ecologically and culturally responsible tourists outside the mainstream market. The same map that is used to begin the project is used to market it.  Yves markets to a large online community of GPS users worldwide by posting downloadable maps of communities on both his and Garmin GPS community’s websites. He plans to employ the same strategy with Amazon.com, marketing to customers who buy books on regional culture or ecology.
Yves has turned his GPS marketing to his advantage in getting funding from Garmin. Not only is Garmin interested in reaching the tourists in Yves’ network, but also in beginning to tap into a large low-income customer base in the developing world. The Garmin partnership has allowed Yves to train indigenous community members in Gran Sabana to use donated GPS units to map their communities, a skill that will allow them to map forest fires and approach local governments with concrete requests for infrastructure development.
When Yves piloted his model in the Andes, PAT chose communities in which to introduce tourism; now, government authorities, communities, and citizen organizations (COs) solicit PAT’s services.  PAT’s work is also funded by the European Union, and Yves first replicated his model outside Venezuela at the request of another investor, the Andean Development Corporation. Now the Inter-American Development Bank (IDB), which has active tourism projects in twenty-one countries, has asked Yves to train members of IDB’s network in replicating his methodology in four more countries.
Recently, he replicated his model in a national park region on the frontier between Argentina and Bolivia. Now, Yves has reached an important juncture: He has formed a new partnership with the IDB’s tourism cluster to identify project locations and train government and COs in his methodology in Ecuador, Peru, Bolivia, and Argentina.

Of Belgian descent, Yves grew up in Zaire, moving to Belgium to attend university. Though he began studying medicine, following the tradition of doctors in his family, Yves’s passion for nature made him switch to biology. He traces his love of the outdoors to childhood memories of fishing and animal-watching with his grandfather.
While in university, Yves jumped at the opportunity to visit Venezuela with a friend. He ended up living for three-months with his friend’s uncle, a priest working in the slums of Caracas. Yves also traveled to the Andes, living for some time with a farming community in the mountains. The experience in Venezuela impacted him deeply. When it came time for him to fulfill his obligation to Belgium for two years of military service after graduation, Yves convinced the government to allow him to substitute volunteer service in the Venezuelan Andes. He has lived in Venezuela ever since.
As a biologist, Yves began his career in Venezuela working for the Nature Conservancy on environmental protection of established national parks and nature reserves. He saw that existing efforts at environmental preservation failed to account for the needs of impoverished communities in or near the reserves, who were pushing their farming ever further across park boundaries. In 1995, Yves created PAT to address this disconnect. PAT started by promoting alternative farming activities in the communities to increase agricultural yields, but Yves soon realized this would not suffice for the growing population.
A turning point came when Yves, exhausted after a long day of trekking, knocked on the door of a family in a national park. They immediately offered to host him for the night, serving him a tasty meal and telling him traditional stories. Their generosity gave Yves the insight that tourism could be the answer to his quest for alternative sources of income for the communities. He knew the market existed, because nature tourists often knocked on PAT’s door asking for local maps which they did not produce at the time. Yves then turned PAT’s focus to creating sustainable tourism businesses that were 100 percent community-managed.