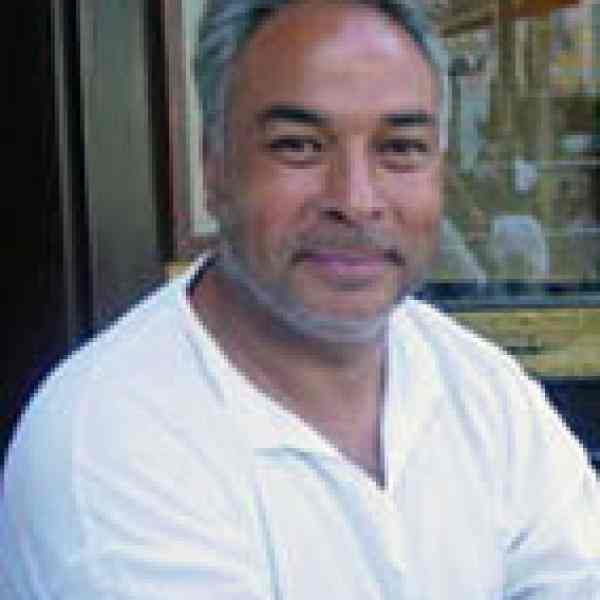 Facebook
Children of Hope Foundation
This Fellow has retired from their work. We continue to honor their contribution to the Ashoka Fellowship.

Begun nearly 20 years ago, Yusuf Kulca's pioneering work provides street children a place to stay, food to eat, counseling, job possibilities, and help in returning to their families (if they have them). Through his continuing efforts with street children and his new work with another ignored group, gypsies, Yusuf is helping citizens in Turkey see their role in responding to the needs of people who live outside the mainstream.

In the early 1980s, Yusuf began to call attention to an overlooked and vulnerable group&#150;children living on the streets of Istanbul and other major Turkish cities. A former street child himself, he knew that solutions were not easily or quickly found. In fact, he began quite small: he found and refurbished an abandoned building in Istanbul, making it into a livable space for eight children. Over the years, this effort grew into an association for the protection of street children, the first of its kind in Turkey, then into a series of reforms and awareness campaigns that, together, have significantly changed the way the public sees and responds to this group. Medical treatment, residential facilities, and food and clothing are among the resources now earmarked for these children, signaling greater public attention to their needs. And perhaps most significantly, the public views street children with greater compassion than did the public of 30 years ago. A passionate advocate and skilled social entrepreneur, Yusuf has worked with policymakers and citizens throughout the country and inspired efforts in 14 Turkish cities. He is now taking his blueprint for reform to another ignored group: the country's one million gypsies.

A crowded, cosmopolitan city, Istanbul is home to 15 million people–shopkeepers, business people, tour guides, fishermen, entertainers, tile merchants, street vendors. But there is another group that calls Istanbul and other large cities in Turkey home: they are children who are orphans, runaways, or migrants who have lost their families in the shuffle from small towns or foreign lands. Twenty years ago, few mainstream citizens paid attention to these children. If they were noticed at all, they were assumed to be willing thieves or vandals. Police kicked them around, schools turned them away, passersby threw trash at them, shouting names and curses.

Public wariness and distain pushed this group to society's edge and engendered in many street children self-doubt, callousness, and hatred of those in the mainstream. Desperation, born of poverty, hunger, and neglect, made these young outcasts easy prey for the bigger kids, and many became vehicles of organized crime. Even the youngest (children of 5- or 6-years-old) developed dependencies on glue, marijuana, nicotine, and alcohol–dependencies that allowed a currency of sorts for the gangs and other groups who stood to gain. Glue or drugs, for example, were supplied to children who would, in exchange, steal or murder or give up their organs for sale on the black market.

With the exception of some individuals who took a few children into their care, street children had few allies in the Turkish society of 20 years ago. While several state-run orphanages existed, they had limited capacity and were poorly managed. Municipalities lacked a systematic plan for helping these children, whose numbers had swelled from increased migration. Those in positions to design protective policies and introduce services showed the same ignorance seen in the public at large, an ignorance that linked children living on the streets with worthlessness, indolence, and evil. Like the public, policymakers needed someone to guide them through a steep learning curve, to show them who these children were, explain their relationship to crime, and demonstrate what opportunities and services might allow them to transform themselves from outcasts into eager, self-supporting contributors to society.

In the 1980s, Yusuf molded his strategy to fit three main observations. First, he saw that he needed to reach the Turkish public with real stories of street children, powerful stories that would overturn damaging myths and compel citizens to embrace street children as their children rather than as the criminals or miscreants they were portrayed to be. Second, he understood that the government could play an important role in aligning services with need, but that someone would have to guide the effort, helping to find the right balance of resources, protective legislation, and enforcement. And third, he saw that direct services–safe places to live, proper meals, and education and vocational training to allow job possibilities–would not only help those children who directly benefited by demonstrating positive results, but also aid in establishing a positive image that would extend to all children living on the streets.

To change public perception, Yusuf went to the media and directly to the public. Working with journalists, filmmakers, and television producers, he has succeeded in dramatically changing the image of children living on the streets. Today, photographs in newspapers and magazines show promise, not problems: children's faces full of resolve, rather than indolence, fear, and addiction. Hundreds of positive media stories have been published in the past 15 years, and in January 2003, a Turkish movie featuring a street child protagonist was met with popular acclaim (Yusuf was a consultant to the filmmaker). In addition to his persistent media campaign, Yusuf launched an aggressive public awareness and education effort and, in over 2,000 appearances, presented his ideas to high-school students, parents associations, political groups, and university faculties. Through these public appearances, he has inspired 14 street children organizations in major cities and has helped link them, encouraging their members to share successes and tackle common problems. In addition, he draws on the resources and networks of existing citizen organizations that may not focus on street children but who wish to help.

Changing the public's view of street children has been important, certainly, but Yusuf saw that drawing in the government would be critical to introducing and testing systems that would secure lasting reforms. In the mid-90s, he began working with national ministries to introduce protective legislation and extend public money to initiatives for street children. Among his successes: a national child protection unit specifically for street children, a measure to guarantee free hospital care to street children, an emergency hotline for children in distress, and residential facilities. Having seen great success in Istanbul, Yusuf now offers the blueprint for street children services to cities around the country.

With public and private money, Yusuf has set up programs that serve street children directly. The organization he established in 1992–the Board of which is formed in part by street children–oversees varied initiatives: homes or refurbished buildings throughout Istanbul and in other major cities; a laundry center that offers children a place to bathe, clean their clothes, and eat nutritious meals (now sustained through public contributions); classes that teach kids to set up their own restaurants, car repair shops, and other small-scale ventures; an association of child-friendly cafes throughout Istanbul that makes use of downtime at cafés (morning to 3 p.m.), providing safe, smoke-free places for children to gather, play chess, study, and watch films. Just recently, a 90-person residential facility, formerly a luxury hotel and resort, has been given to the organization. Yusuf plans to turn it into an alternative education center. Having supplied an effective base for his work with street children, Yusuf is now applying some of what he has learned to other ignored groups: most notably, the one million or so gypsies in Turkey. Working first with 200 families who live on the outskirts of Istanbul, he aims to provide them with many of the benefits he has helped street children realize: greater public understanding and support, as well as programs that encourage family planning, savings, and education for both sons and daughters.

Nearly 20 years after beginning his work, much remains to be done. But his work has been, and continues to be, largely successful in changing the public's attitude toward street children at a fundamental level. In doing this, he has inspired citizens to take action and has encouraged greater tolerance that he seeks to transfer to other groups as well.

Yusuf knows well the harsh, unforgiving reality of a childhood spent on the streets. The son of emigrants from Kashmir, Yusuf ended up on the streets at an early age. He lived in poorly run state orphanages on and off until age 18. Rebuked by society, his childhood friends turned to chemical substances: many sniffed glue or smoked marijuana and many were sucked into the black hole of organized crime. They lived in overgrown graveyards or abandoned buildings; they rarely bathed; they had no jobs and no hope. As a teenager, Yusuf tried to lead by example (he did not smoke or drink) and to guide others to seek jobs as car-washers, porters, or restaurant workers. But employers were skeptical, and the frustration and emotional fatigue of reaching so few people left Yusuf exhausted. He saw in himself and his friends so much potential, yet so little hope of overcoming their shared history of homelessness. Nonetheless, he took some early measures to encourage the government to extend additional services to street children, and succeeded in nudging a change in regulation to allow street kids to remain in state-run orphanages two years longer, until age 20, if they needed to.

At 20, Yusuf began his military service, an 18-month obligatory service for young men in Turkey. Yusuf was assigned to loading newspapers into lorries. This experience put him into contact with journalists and allowed him to see the centrality of the media in shaping public opinion. He saw that street kids showed up in publications only in a negative light: they were shown lurking on street corners. They were mocked in cartoons. He continued to know children living on the streets, of course, and began to devise ways to motivate them to help themselves and, in the process, show the public their worth and potential. Seeing the media as an important ally, he began to draw some of his journalist friends into his work.