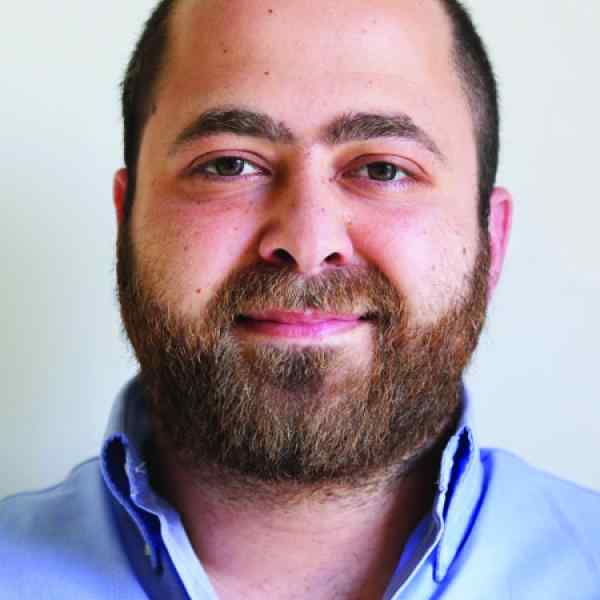 Donner Sang Compter
Yorgui is creating and growing a nation-wide citizen-based movement that is able to systemically build peace through the mobilization of blood donors across Lebanon.
Read more

Yorgui is creating and growing a nation-wide citizen-based movement that is able to systemically build peace through the mobilization of blood donors across Lebanon.

Yorgui is focusing on injecting desperately-needed blood into the medical system in Lebanon by mobilizing the community around the joy of giving. By initiating different campaigns nationally and internationally, he has been able to spread joy among volunteers and blood donors that exceeded 18,000 donors so far including students and employees of NGOs and corporates.
The blood donation model in Lebanon is complex since it is based on a replacement system, meaning that patients can only receive blood if they are able to solicit donations from family and friends. Yorgui is concentrating on transforming the replacement system into a voluntary system, by altering the mindset of both; the people and government. He is now working with the government to make sure hospitals implement the “new Lebanese blood donation guidelines” set by the Ministry of Health. He also runs Radio/TV awareness and advocacy campaigns to keep the issue at the forefront until a functioning voluntary system is fully accomplished.
Yorgui is leveraging on the movement to instill broader peace and sharing throughout the society. He is highlighting the joy of volunteerism in attempt to resolve conflicts that prevail in societies due to ethnic and religious sectarianism. Both, the lack of blood and prevalence of conflict not only in Lebanon, but also across MENA, enable Yorgui to scale his work across the region.

In Lebanon, death can still be attributed to the lack of blood stocks in hospital blood banks; especially patients with rare blood types. This is a result of the outdated replacement system relied on in Lebanon, which involves hospitals asking patients in need to solicit donations from friends and family. Relying on the outdated replacement system forces blood seekers to spend hours contacting friends and relatives to find potential donors using mobile phones and social media. Due to the unavailability of blood units in hospitals, most find themselves lost and hopeless. Even those, whose strong connections facilitate the searching process, rarely find sufficient quantities.
The Lebanese government does not prioritize this issue, resulting in a lack of intervention to improve/repair the system. Hence, hospitals choose to follow different guidelines, believing those to be the “optimal” treatment strategies. Guidelines are described as different criteria for the selection of blood donors; where they decide to accept or reject donors based on their gender, age, medical background, travel history and other important factors. The World Health Organization adopted a resolution encouraging countries to have an all-voluntary, unpaid blood donation system with the aim of establishing it worldwide by 2020; this is a government persuasion tool to change the system, which may lead to an immense reduction shortage of blood transfusion shortages in Lebanon.
Despite the existence of 116 blood banks in hospitals and 13 Red Cross blood banks across Lebanon, it is still facing a blood shortage of 70%. 140,000 blood units (450ml each) are required yearly to meet the Lebanese population’s demand, though blood banks cannot supply the adequate amount due to regulations and guidelines. Even though the Ministry of Health was involved in this issue in 2015 and was successfully able to unify one guideline to be followed by all hospitals, most hospitals rejected it and continue to follow their own, leading to the same issue. It is only when disaster strikes that blood banks are filled. On the contrary, at times of “less traffic”, blood banks are empty.
Hospitals refuse voluntary blood donors for several reasons. Lebanon doesn’t have a centralized blood bank, and hospitals are forced to operate under a minimum stock system, because blood units expire and must be discarded after 42 days. Hospitals are not used to see voluntary donors, and when they do, they directly assume that donors are donating to get their blood analyzed as opposed to having a humanitarian purpose.
According to the World Health Organization’s (WHO) Health profile, Lebanon contains only 4.5 million citizens. However, due to the on-going crises occurring in Syria, the country was forced to absorb a 25% increase (1.5 million Syrian refugees) in its population. In addition to Syrians, there are 450,000 Palestinian refugees, according to UNRWA “United Nations Relief and Works Agency”, heavily burdening Lebanon’s government, because it must integrate these refugees in the Lebanese community and meet their basic needs. The outdated replacement system is even more challenging for refugees, since they are not accompanied by family and do not have access to blood units, when in need.
Furthermore, blood transfusions are an integral part of the modern health care system that have the potential to save millions. WHO argues that 1% of the world population regularly donates blood and in order to have a proper blood supply, the percentage should be increased to 4-5%. Although countries such as Egypt and Jordan have government-managed blood collection systems, they lack a strong culture and functioning system of voluntary blood donation. This increases the vulnerability of the collection systems in place due to the lack of culture amongst people to support the sustainability of systems.

Yorgui was born in Lebanon and was brought up in a supportive family that could help him achieve his goals and embrace his ideas. He went to the College of Notre Dame De Jamhour from 1990 till 2003, and majored in biology. His college experience was insightful and exposed him to many opportunities and activities such as scouting, religious movements and many other social aspects. He also studied Pharmacy in the Lebanese American University. Growing up, he served in the Scout movement for 15 years, where he learned about community service, responsibility and commitment. In 2003, he served as a rescuer in the first aid team of the Lebanese Red Cross for a whole year. Working many hours, he got the chance to practice his first aid skills. In addition, he also volunteered with the Youth League of Lebanon, where he headed the project development department, organizing projects.
Also during this time, in May 2006, the grandfather of his friend suffered from a severe heart attack. He was in dire need of 5 units of AB- blood, one of the rarest blood types in Lebanon and the world. After searching everywhere among families and friends, they were unable to find the needed blood, which is when it all started. Yorgui and his friend decided to form a small network of blood donors to help the patient to no avail. Their efforts were not enough to save the man’s life.
This life-changing experience motivated Yorgui to work on a network to recruit blood donors in 2006 in attempt to save lives and help them live healthier lives. Yorgui started operations in January 2009 and got the government’s approval for his organization, Donner Sang Compter (“DSC”), in May of 2010.