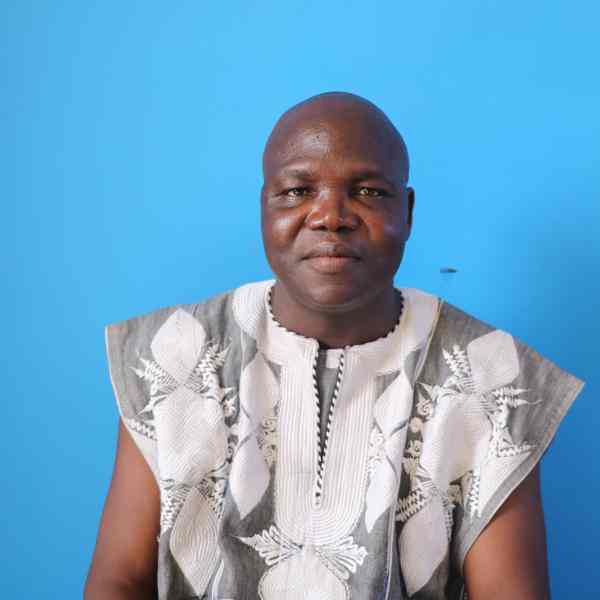 Emmanuel is increasing overall food production and in rural communities with a high HIV incidence in a way that enables those infected with the virus to directly participate in the process, and thus, move from being perceived as a burden to simply one of the many community members working to increase consumption, income, and general wellbeing.

Through the introduction of several innovative ways of cheap and easy food production, Emmanuel is creating a system in rural communities which enables people living with HIV to participate in increasing their own nutrition rather than relying on already severely resource-constrained families to do so. Not only is this tremendously beneficial for the health of those who are HIV positive, whose nutritional needs were not previously being met, and thus, their HIV medication had been only marginally effective, but it also contributes to the mental health of the overall community. Specifically, it turns the tide on the increasing resentment that builds – sometimes spoken, sometimes unspoken – when families who generally eat only one meal a day due to limited resources, now have to struggle to feed an extra person, and perhaps, their dependents as well. Indeed, to further solidify social cohesion, which Emmanuel feels has been strained with the advent of the HIV epidemic and has manifested into pronounced stigma, Emmanuel not only works with those who are HIV positive, but he embeds his work in a larger process of community development, where everyone else is also practicing the same series of innovative agricultural techniques, and thus, experiencing the same significant improvements in their own food consumption. Not only is this key for disintegrating divides, but the increased social cohesion combined with the general excess of food now available in these communities creates a cushion and general good will for situations when anyone does become severely weakened – whether the HIV positive, the elderly, or the disabled – does need to rely on others for support.

People living with HIV often experience a significant amount of rejection because of the strain they can exert on already resource-constrained families. While access to HIV medication has significantly increased in recent years, the absence of the quality and quantity of food needed to make ARVs very effective often means HIV positive people are too weak to be productive members of their families or the rural economy, more generally.

In this weakened state, opportunistic infections - for which there are no donors active – often arise and can further tax a family’s financial resources in attempts to acquire the relevant medications.

Rural areas are especially hard hit as they tend to absorb the sick who leave cities and return to their home village to be cared for. The trajectory of the epidemic has also meant that the generation that has been most affected by the disease is the age group that would currently be providing the majority of the labor for working the land. This reduced labor force, in addition to the number of children that have become orphaned, further strains rural communities and has often created a situation in which the HIV positive are resented at best, and completely rejected at worst.

While there have been attempts to address food supply in these communities to reduce this burden, most have taken the form of a once-off delivery of food from international organizations. Emmanuel has chosen to go in the other direction and is instead creating a year round increase in food production, with the community – including those living with HIV – at the helm.

In the current situation in Burkina Faso in which plot sizes are large in an attempt to make up for the generally poor agricultural output per unit, those living with HIV simply do not have the energy to maintain their large farms. Thus, in order to reduce the size of the land needing to be worked, Emmanuel focuses on increasing agricultural productivity through a series of simple techniques which combine to have a significant effect. While some of these include technological enhancements, like the introduction of seeds that are better adapted to the current climate, most simply rely on local resources that are easy to put into action. To enrich the soil and preserve it for the long term, for example, Emmanuel helps farmers make compost from household garbage. He also shares practices - like planting in the half moon method - that have been proven successful in increasing productivity in other places. And to combat the challenge of water run-off in a water scarce environment, Emmanuel has introduced several catchment techniques from terraces to stone bunds to the Zai, an ancestral planting pit previously developed in the North Western part of Burkina which has saw over 10,000 hectares of degraded land in 400 villages in Burkina brought back to productivity when it was widely adopted in the 1980s.

Emmanuel also has his eye out for new sources of income to secure the harvest, and he is especially focused on those that are not labor intensive so that those living with HIV can participate. Along these lines, he has introduced poultry farming, which requires very little physical labor, as well as introduced the production of fodder crops for sale. Perhaps more importantly, Emmanuel also introduces crop variety in order to increase the planting and consumption of vegetables in order to very specifically improve the nutrition, and thus, health, of those living with HIV, which would then allow them to maintain active participation in the rural economy.

Emmanuel first launched this comprehensive system in the Nanoro community of Burkina Faso in 1998, where the HIV burden is high as is every measure of poverty. Not only were those living with HIV malnourished, but the same could be said for everyone else who was trying to get by on one meal a day, which usually consisted of millet and a sauce made from leaves. At the time, official numbers said 44.7 percent of children suffered from stunting, 15 percent from wasting, and 38 percent were underweight. In that context, Emmanuel began to bring everyone together, making no differentiation between those who were HIV positive and those who were not, to share his ideas on how everyone’s lives could be improved.

From the very beginning, he focused on building community solidarity. He held trainings in public squares to bring everyone together. He interspersed social events between trainings, including dance and theater events. He also made sure to listen to the larger community, so he could propose solutions to everyone’s needs – not just the HIV positive. He introduced granaries and showed the community how to divide and manage their harvests in three parts, for example, such that they would have one part for immediate consumption, another part for consumption during the lean season, and a third part to use for the social events (weddings, funerals, baptisms) that happen throughout the community. The introduction of fowl also helped guarantee that they would not dip into parts two and three of the harvest prematurely as it provided new income.

Since starting in Nanoro, Emmanuel has been able to improve production from 500 to 1,500 Kgs. Households report an increase of the number of meals they eat each day to between two and three, as well as a diversification and increase in the quality of food. This has helped reduce cases of malnutrition among infants – the only group currently measured - and generally reduce the lean season.

Emmanuel has expanded from the 15 villages that make up the Nanoro area, and has put in place the entire system in two other areas, with five other areas to soon also have the whole system. Emmanuel’s team of 69 staff work from five centers, with the center in the country’s capital, Ouagadougou, coordinating the others to do this work. Emmanuel’s organization, Association SOS Santé et Dévelopement, is partnering with other community associations already active in rural areas to spread the model. He is also identifying every possible partner that can enhance the model along the way. Indeed it was through partnerships that specialized in composting and financing that he was able to bring those components into the larger scheme.

Current priorities for Emmanuel and his team are acquiring and dissemination of best practices and recorded results across the areas that served as initial pilots. They are also focused on adding an explicit emphasis on organizing the producers in each community into a strong umbrella organization that can influence matters of local governance so that they can truly take ownership of their communities.

Emmanuel first started paying attention to HIV and Aids in 1991. He was 20 years old and there was no information on the topic, yet several of his friends had recently died and were suspected to be HIV positive. He called a group of 5 to 10 friends together to address the issue, and after they could not find anyone in the community with information or the desire to talk about the disease, they began talking to each other. Since it is a disease that is sexually transmitted and he and his friends were having their first sexual experiences, they told themselves they should find out more.

This led to creation of Emmanuel’s first organization, SOS AIDS / Youth Mobilized. He got a local professor to train his team and then began entering schools with the various STD curricula his team created. BY 1994, he was operating in almost every school in Ouagadougou. He also held summer camps in which this info was interspersed, as well as larger awareness events in the community.
Emmanuel soon decided, however, that mass sensitization was not as effective as he would like it to be, so he switched his strategy to focus on targeted groups. He and his team identified three rural areas in which information was most sparse and began going door to door. It was in this process that he realized how much food and nutrition was needed, and in 1998, he launched a larger initiative focused on getting this right. The lessons learned then led him to replace his initial organization with one focused on just this, and in 2009, the Association SOS Health and Development was born.