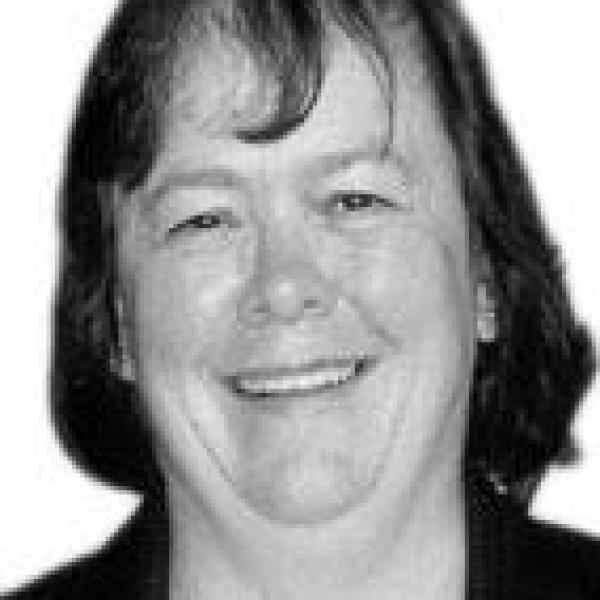 Wynona Ward is breaking the generational chain of domestic abuse in rural communities. She brings legal and social services to isolated victims and their children by using her truck as a mobile office. Her project offers a full array of support from initial relief to enabling women to gain economic independence.

Recognizing that victims of domestic violence in rural areas are not only isolated, but also have to seek assistance from a number of disparate agencies, Wynona launched Have Justice-Will Travel (HJWT) to address this two-fold problem. Raised at the end of a dirt road in rural Vermont, Wynona understands that women in rural areas, particularly battered women, often do not have a phone or transportation necessary to get help. They also find it difficult to trust a wide group of legal and social service providers. Instead of asking women to seek services in distant towns, Wynona brings services to their doorstep. She helps them understand the root causes of abuse and to leave their abuser by achieving economic independence and emotional self-sufficiency. From an initial interview to free legal representation to follow-up services, Wynona's program offers it all.

Results from the first comprehensive national health survey of American women conducted by the Commonwealth Fund in 1993, report that in the United States, more than four million women are abused each year. Children at home and others in the locality are also affected by this violence. The 1995 Gallup Poll of family violence reports that between 1.5 million to 3.3 million children witness parental violence every year. Seeing, hearing, and experiencing the abuse traumatizes most children for life. It results in a cycle of generational abuse, as children who have been victims and witnesses are more prone to becoming violent adults.

When women look for assistance, they find a fragmented mosaic of services. Victim advocacy organizations run twenty-four-hour hotlines, give referrals to social services, teach safety planning, and provide emergency shelter. Legal advice and representation must be sought from other quarters. Social Service agencies counsel, support, and help women to be financially independent. Unfortunately, many are unable to navigate this complex network.

In rural areas, other obstacles such as inadequate public transportation, few law enforcers, and lack of privacy in tight-knit communities can seriously hinder access to legal recourse and other support. Moreover, while public awareness about violence against women has increased considerably in recent years, it has been limited to urban areas. As a result, while there is little variation in the extent to which urban, suburban, and rural women experience violence, the primary beneficiaries of research and improved services have been in urban areas.

Wynona's program has five components. Wynona first meets the victim in a secure place such as her home–where the victim feels comfortable. As Wynona puts it, "I am able to sit in a woman's kitchen, where she is at ease, and talk with her as a peer, in a language she understands." During home interviews, Wynona assesses legal and financial issues, the woman's understanding of generational abuse, the effects on her children, the most recent episode of abuse, and the services the family requires to understand and deal with the problem. The second component is transportation. Wynona uses her four-wheel drive office–equipped with a CB radio, cell phone, scanner, laptop, and a printer to transport the victim to and from court hearings and social service appointments. Total client mileage can vary from five to five hundred miles. In 1999, Wynona totaled 9,847 client miles. In-home consulting and transportation bridge an important gap, as at present no legal or social service agencies fulfill these needs.

Understanding that simply ensuring safety is not enough to end the generational cycle of abuse, Wynona is helping women to become self-sufficient and thus raise their self-esteem. The final two components of HJWT programs work toward this end. These programs enable the victim and her children to achieve social, economic, and psychological independence. The first is a skills development and mentor support group for women and mothers. Led by former victims, this group educates women on the cycle of abuse, the effect of domestic violence on children, generational abuse, and theories of power and control. It also covers practical training such as money management, budgeting, and job skills. The last component is a supervised visitation program, The Kids Place, which manages supervised visits at home and off-site, parent education, age appropriate children's classes on domestic violence, and counseling and support groups for victims and their children.

Wynona piloted her program in rural Vermont and is currently working in three counties. The majority of her clients are referred by victim advocacy toll-free telephone hotlines located in laundry mats, grocery stores, doctor and dentist offices, and schools. The courts and police also make referrals. In 1999 alone, Wynona served thirty-eight clients between the ages of twenty-one and fifty-eight. National statistics suggest that it takes an average of seven times for a woman to leave before she makes the final break from her abuser. Wynona's high success rate speaks for itself–95 percent of her thirty-eight clients have left their abusers.

Wynona plans to spread her idea by creating an HJWT Institute overseen by a national advisory board. The goal of the Institute will be to teach others across America how to incorporate cultural, psychological, geographical, and economic considerations with legal services for victims of family violence to bring an end to the generational cycle of abuse in rural areas. Using the HJWT mobile model, the Institute will work with partner organizations to train lawyers and advocates using a training curriculum Wynona is developing. Wynona intends to partner with Legal Aid, Legal Service Corps, law schools, and victim advocacy organizations. Her 2001 expansion plans include Maine, New York, Arizona, and Wisconsin.

"When I've think of how far I've come from an abused home, I think: Wow! Look how far you've come. Then I think: Wow, lady, you have a lot more to do!'"

Born in West Fairlee, Vermont, Wynona was one of five children. Wynona's father sexually abused his daughters and other village children. At an early age she was "given the role of oldest child." As a result, while she watched her father abuse her mother, Wynona was only abused once "when he was drunk and mad at everybody else in the house."

After graduating from high school, Wynona worked as a secretary at Dartmouth College and then for a high-tech firm. She attended Boston University for two years, but quit for financial and personal reasons. In 1980, Wynona and her husband started a trucking business and she spent fifteen years as a long-haul trucker. Wynona drove during the day, with the CB radio handle "Daybreak," and her husband drove nights as "Black Cat."

In 1986, the family discovered that Wynona's father had abused a three year old niece. This event forced Wynona and her sisters to confront the family's history of abuse. They prosecuted their father. He spent a few days in jail but the case was dropped, as it was difficult to have a three year old as a witness. In 1992, the same niece revealed in counseling that Wynona's forty-two year old brother had also abused her. Once again, Wynona led the effort to prosecute her sibling. This family crisis and the role she played as a "volunteer victim advocate" convinced Wynona that she had to complete college so that she could help other abused women and children.

In 1993, Wynona completed her undergraduate degree from the "back of the cab," earning a degree from a Vermont College adult education program. In 1995, she entered Vermont Law School. While in law school, she worked at the South Royalton Clinic on domestic violence cases. It was here that the HJWT was born. "I realized that these women needed transportation, in-home consultations, and legal representation." Wynona drew on three experiences: a survivor of domestic violence, fifteen years working as a long-haul trucker, and legal training to develop Have Justice Will Travel. Wynona is a role model for women who want to break free of abusive relationships as she has been there and survived.