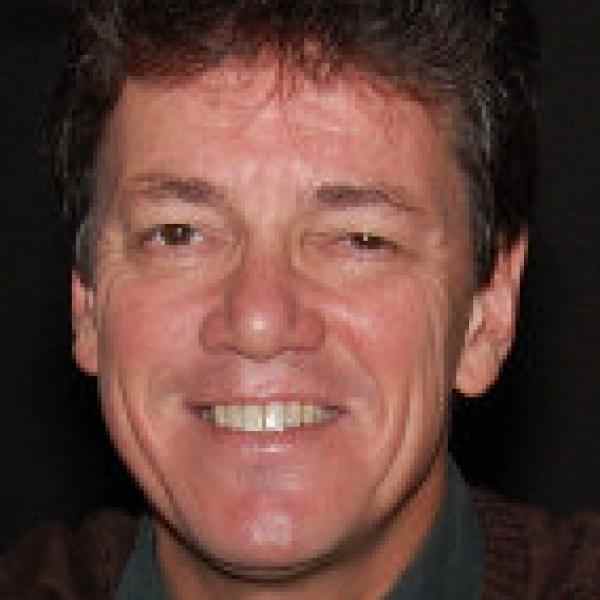 Dr. Willie Smits is a rainforest inventor who has revolutionized reforestation techniques and policies worldwide and is also the world’s most prominent protector of orangutans and their natural habitat. As founder of the Borneo Orangutan Survival Foundation and the Masarang Foundation, he has consistently worked to address the root causes of deforestation by addressing the relationship between the animal world, our planet, and humankind.

To rebuild orangutan populations, Dr. Smits believes it is crucial to both rebuild their forest habitat, as well as address the social causes of deforestation and orangutan habitat loss by empowering local workers to find alternatives to harvesting forests. Dr. Smits started his efforts with a team of 100 local workers to restore the Samboja Lestari which had been completely devastated by clear cutting. Covering approximately 5,000 acres in Borneo, this healthy man-made rainforest – a first of its kind – is now home to the hundreds of rehabilitated orangutans.

In rebuilding these forests, Dr. Smits attempted to recreate the extreme complexity of nature, impacting even the local microclimate. To grow, protect, and preserve the forest land itself, his solution is simple: he offers local migrants free land to plant crops in the forest. In return for both the land and farming income, the villagers must protect the rainforest and the animals that live there. By improving around 3,000 villagers’ quality of life and building trust throughout the community, Dr. Smits has provided powerful incentives for both long-term ecological and economic restoration.

Key to his model’s success is the use of newly developed and sustained rainforest as a new source for fresh water, by both increasing and retaining more rainfall in the area. This is not only improved the protection from forest fires but also a increased the supply of clean drinking water to more than 30,000 people in surrounding cities. Dr. Smits has also created a water supply company with the local government to improve access to clean drinking water, with the profits being used exclusively to sustain the Samboja Lestari rainforest.

Dr. Smits’ Borneo Orangutan Survival Foundation has not only saved hundreds of homeless and mistreated orangutans, it has also provided them a new long-term habitat in the wild. His palm sugar factory has been pledged by the government to be a national project and will be replicated in eight provinces in Indonesia. By providing alternatives and proper incentives for the local community – through the extensive efforts of his Masarang Foundation – he has also achieved both economic and political legitimacy, and has established a model for restoring forest habitats worldwide.

In 2002, Samboja Lestari was the poorest district in East-Kalimantan, presenting one of the most challenging environments imaginable. Home to a 50 percent unemployment rate and a huge crime rate, the region was also renowned for its ecological instability, susceptible to both fires and severe floods each year. From 1997 to 1998, a series of fires spiraled out of control due to slash and burn techniques that destroyed nearly 5.5 million hectares. The cycle of extreme drought in deforested areas, followed by devastating fires in the forests, resulted in the almost total extinction of plant and animal life, low life expectancy and poor nutrition, and caused community members to spend an average of 22 percent of their income on water.
Economic and social crises in Indonesia only exacerbated the problem as people began to hunt orangutans for the meat, pet trade, and for skulls to sell to foreign tourists. The region’s poor political and economic conditions had a devastating impact on the nation’s orangutan population, as the animals who once ranged throughout Southeast Asia can now only be found on the Indonesian islands of Borneo and Sumatra. Scientists estimate that in the last 10 years, their numbers have been reduced 50 percent, to perhaps as few as 13,000 living in the wild.
This rapid decline can also be attributed to the country’s unprecedented rate of deforestation, due largely to the clearing of rainforests and the construction of oil palm plantations. Indonesia is rapidly planting oil palms to sell biofuels, and may be creating an environmental disaster in the process. Subsistence farmers burn the forests to clear land to grow rice while wealthy landowners use the same slash-and-burn technique to clear forest land for palm oil and rubber tree plantations that can cover hundreds of acres. Since the oil palm market is very large, it would be difficult to prevent further expansion, however Dr. Smits is committed to making sure it goes on where it should: on degraded lands, not rich ecosystems.

Originally, Dr. Smits focused on helping orangutans survive by researching their diets and forest conditions and setting up forest monitoring system using radar and GIS. However, he soon realized that such sophisticated research techniques were not enough, and that the problem ran much deeper, involving not only the animals and forests, but a corrupt governmental system and a community of ignorant local workers struggling to survive. As a result, he chose to involve the community in his work by introducing farmer cooperatives, organic farming techniques, and a fair trade system to prevent local people from becoming wood poachers.
In 1991, Dr. Smits established Borneo Orangutan Survival (BOS), which now has international chapters and operates the biggest “shelters” and orangutan rehabilitation areas in the world. BOS’ first area, Wanariset Center, is located in the jungle 24 miles from Balikpapan and is currently home to more than 200 orangutans. Since 1991, more than 300 orangutans from Wanariset have been released into protected areas where there are no wild populations for fear of spreading human diseases.
In order to truly save orangutans, Dr. Smits is committed to saving forests, and he is currently accomplishing this by taking on one of the most ambitious reforestation experiments to date: rebuilding a rainforest in Samboja Lestari, comprising a 5,000 square foot area in eastern Borneo.
Dr. Smits has also done groundbreaking research into fungi that he believes is central to the regeneration of the tropical rainforest. Using this research, he has begun to rebuild the forest using fungi to break down recalcitrant alang-alang grass, then using a gene bank for indigenous trees that he developed, he has planted over 1,000 trees of varying species to build up a new forest. Along the edges of the parcels, he planted rows of sugar palms, which are fire and flood resistant and produce sugar water every day, which can be tapped and used as a biofuel. Dr. Smits calls these trees biological PV cells, which yield three times as much fuel per hectare as any other crop.
Over the years, Dr. Smits has bought more patches of barren land to be reforested for animals as well as the community who are expected to guard the forest. His model employs the community farmers within the area to work on the land, providing them with income as well as preserving the habitat for the orangutans. In return for income and land, the community agrees to protect the trees and not use the land to exploit the rich coal content under the soil, illustrating how important the trust of the community is to his work.
Dr. Smits has earned that trust, and in cooperation with the Indonesian government, has transformed the environment and created hundreds of jobs. The project has reintroduced bird, lizard and primate species, and has mitigated both floods and fires. Orangutans now live in this Samboja Lestari forest, which is returning to its natural state, and he is using satellite imagery to monitor how the forest is developing.
As the landscapes begin to change, not only has the biodiversity increased, but the microclimate has also changed. In Samboja Lestari, the forest is not only able to retain more rainfall, but the region has also seen an increase in both cloud coverage and rainfall since 2002. Upon discovering the potential for a renewed water supply, BOS setup a separate company to develop a clean water system. With the help of a 22.5M Euro grant from the Dutch government (ORET), as well as several local companies in East Kalimantan, BOS has now developed the infrastructure to serve clean water to approximately 7,000 households in the neighboring town of Balikpapan. In a partnership deal with the Balikpapan City Water Company, BOS will receive a portion of the profits, all of which will be used to sustain the Samboja Lestari reforestation project. Recognizing that their water supply depends on the forest, the city’s inhabitants have even further incentive to leave the apes’ habitat untouched.
In 2007, Over the years, Dr. Smits has had to endure a great number of threatening calls, attempts at sabotage, and intimidation as a result of his work. He describes corruption as his biggest challenge, both in the government system and the community. In an effort to address these deeply rooted problems, Dr. Smits has begun the next phase of his project: to increase global awareness and change policy both on a local and international level. He is currently working with both Google and Greenpeace as strategic partners to create a system that can monitor the world’s natural resources and help increase our transparency about the scale and causes for these problems. He hopes that this awareness may help move policy on the national level and mobilize the global community.

In 1985, Dr. Smits founded the Wanariset forestry research station on the island of Borneo to develop leading-edge reforestation techniques, many of which were ultimately passed into Indonesian law. Four years later, he stumbled upon a dying baby orangutan being sold in the street markets of Balikpapan, ,and the sight so haunted him that he returned again that evening, only to find the baby in its crate tossed on the garbage dump. While nursing the animal back to health and searching for a way to return her to the wild, he discovered that there was not enough forest for apes to dwell and that they were at risk from illegal wood poachers. The search for an alternative led him to a career change from forestry management to orangutan conservation.

In 1991, Dr. Smits founded the Wanariset Orangutan Reintroduction Center, which along with the Wanariset’s Nyaru Menteng Center, currently holds several hundred orangutans confiscated from the illegal pet trade. Dr. Smits also founded the BOS in Borneo in 1991 (now the Borneo Orangutan Survival Foundation) to raise funds and to help educate local people on issues vital to the survival of orangutans and forest ecosystems. The efforts of Dr. Smits and his team have resulted in the successful reintroduction and translocation of more than 400 orangutans to their natural habitat in the past 10 years.

In 2007, Dr. Smits was elected as chairman of the Masarang Foundation, the organization he originally founded with his wife, Linneke Watoelangkow. The foundation raises money and awareness to restore habitat forests around the world, and to empower local people. The foundation also provides scholarships, conducts research, and has established a cultural center, all of which adheres to their 3P principles: People, Planet, and Profit, in order to save the environment through the active role of the local people.

Dr. Smits has served as Senior Advisor to the Indonesian government’s Ministry of Forestry on forest rehabilitation and orangutan affairs, and he is currently the Director of the Gibbon Foundation, an organization dedicated to animal conservation in Indonesia. In addition to being an active consultant for the Indonesian Orangutan Survival Program, he is also a member of various scientific committees for forest management. He has received number of international awards for his conservation work, including knighthood in the Netherlands.