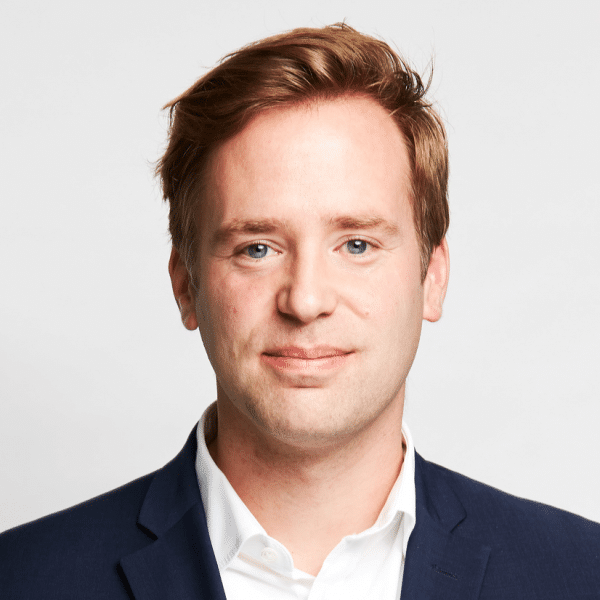 Wietse founded the Sea Ranger Service to revolutionize ocean conservation. His model combines the empowerment of unemployed youths and re-integration of navy veterans to provide a concrete solution to severe global human capacity shortages in the monitoring of Marine Protected Areas (MPAs).

The Sea Ranger Service transforms the way in which governments can manage their oceans by tapping into under-utilized human capacity. The Service is the World’s first global maritime ranger service and is comprised of 3 complementary elements. The Sea Ranger Bootcamp is a rigorous 5 week training programme in which a select group of youths are intensively coached, by retired navy veterans, towards sustainable maritime employment. Sea Ranger Ships is the shipbuilding arm of the Sea Ranger Service. Beyond designing and building the specific vessels which allow the Sea Rangers to carry out their environmental work at sea, there is a broader vision to bring clean, smart sailing technology to play a more prominent role in offshore work. The organisation envisions utilising the purpose-built steel-hulled sailing vessels for a variety of tasks otherwise carried out by more costly motor vessels, such as fisheries monitoring, research tasks including water sampling and ship wreck reconnaissance. They will also be used for light maintenance work on seaweed farms and regeneration work including the planting of seagrass, restoration of oyster beds and repairing coral reefs.

The approach is structured around the following insights: young people are increasingly seeking to ‘walk the talk’ and realise actual social impact without engaging in the precarious nature of activism; there is a vast pool of retired citizens whose professional expertise and knowledge lie redundant; despite progressive legislation, there are simply not enough people available to properly monitor and protect international seas from abuse and malpractice. Wietse’s approach has already proven to turn the tables politically for conservation as those with vested interest have identified the system-changing potential of the initiative. Both in The Netherlands (where the first bootcamp for 46 youths has recently completed) and in the UK, where the initiative has gained traction most readily, there is broad political backing, with politicians of all political parties visiting the first Sea Ranger ship in construction and committing to support.

Wietse has devised his vision and idea based on learnings from his other successful organisations, including The Black Fish, a citizen-led fisheries inspection network, and the Wildlife Air Service, which is a civilian air service focused on repurposing civilian pilots’ flights for conservation purposes. As part of these organisations he has run investigations, campaigns, operations and events across 12 countries in Europe, Africa and North America, over the last eight years. To the extent that he is already influencing policy, at the end of last year (2017) he delivered a key-note speech at the European Commission’s Our Ocean conference and consequently held discussions with 10 countries interested in introducing the Ranger Service to their seas.

Our precious oceans are at the point of collapse.

However, improved management can help stem these challenges, reverse this decline and restore ocean health.<br>
While there is near universal agreement that our oceans are at risk, there is currently not enough human capacity directed at addressing the practical implementation of legislation. According to the Marine Conservation Institute there are over 11,000 Marine Protected Areas (MPAs) around the World (established to designate and effectively manage marine ecosystems, processes, habitats, and species, which can contribute to the restoration and replenishment of resources for social, economic, and cultural enrichment). At the latest count, there are a mere 8-10 boats, globally, whose responsibility it is to monitor these 11,000+ areas.

Clearly, marine conservation is not afforded the political priority it deserves, and this issue is exacerbated by the reality that inter-national enforcement agencies are not operating collaboratively.

Meanwhile, in many port areas, the reality, caused by evolving social labour and vocation demands is often that there are problems with a lack of skilled young marine professionals and, at the same time, the reintegration of navy veterans. Disempowered youths facing unemployment and limited life opportunities which are disproportionately high in poor and ethnic minority demographics, face similar social and mental challenges as veterans struggling with assimilation into civilian life. There is little local or national government funding dedicated to these groups and it is often driven by national agendas rather than responding to the needs (e.g. funding dedicated to prevention of drug and alcohol abuse), meaning there is a disconnect between the needs of communities and the allocation of resources. Furthermore, ports increasingly embracing automation further drives youth unemployment, which is particularly high in port cities across the world.

The Sea Ranger Service is Wietse’s response to these problems and combines the global issues of high unemployment in port cities and coastal regions, with the lack of management capacity at sea. By training youths as Sea Rangers to actively manage Marine Protected Areas (MPAs), the initiative transforms these problems into each other’s solutions.<br>
Rotterdam, where the Sea Ranger Service is being piloted, is the city with one of the largest young, uneducated, ethnically diverse communities in the Netherlands. Youth unemployment is high at 19 percent in the Rotterdam-Rijnmond region and at the same time, local maritime companies have the greatest possible difficulty in attracting young specialists. Wietse has managed to amass over 40 partners (including Rabobank, Stichting Doen and Patagonia) and has actively involved them to add expertise and in-kind support. <br>
In little over 2 years, he has managed to bring together a maritime sector, social reintegration partners, enforcement agencies, veteran organisations and environmental conservationists. These parties, which have rather different motivations and interests, have shown there is now, more than ever, a willingness, determination and passion to look beyond social and political divides to pull together to build a clean, compassionate and sustainable future.

As the shipbuilding arm of the Sea Ranger Service, the philosophy of Sea Ranger Ships is underpinned by a desire to develop a modular ship building approach, grounded in circular economy principles, to bring much needed innovation to the shipbuilding trade. The overall idea behind the use of sailing work ships is that it can have a profound impact in shaping the future of conservation as their expected clean and cost-effective operation lowers the barrier to entry for small enterprises within the maritime domain. Once the ships are built by Sea Ranger Ships, they are chartered by the Sea Ranger Service. The use of sailing work vessels might mean slower transit periods, little speed and limited capacity on board but, where possible, the Sea Ranger Service sees the opportunity to bring back the power of sail to assist government agencies with the increasing number of ‘soft tasks’ which emerge due to the rapidly changing nature of the maritime domain.

Sea Rangers are not (and will not be) mandated to act as enforcers, instead they monitor and collect evidence and other data which offers national agencies the capacity to have an improved maritime domain awareness. As the service expands, the approach will be adjusted to suit the nature of the different local and regional contexts.

In terms of organizational structure and resources, the Sea Ranger Service consists of three separate limited companies which are governed by the Sea Ranger Foundation (Stichting Sea Rangers): Sea Ranger Ships Ltd, Sea Ranger Bootcamp Ltd and Sea Ranger Service Ltd. This governance structure, in which the non-profit entity has full ownership over the business entities, avoids ‘mission drift’ and ensures the social and environmental mission of the Sea Rangers is safeguarded into the future. The Sea Ranger Foundation is responsible for the overall development of the Sea Ranger approach with its combined mission of tackling youth unemployment, reintegrating veterans and restoring the ocean’s biodiversity, at its core. The organisation’s board of trustees is currently made up of three experienced management professionals and will be expanded shortly by two additional board members, specifically with professional financial and political expertise.

Through the Sea Ranger Bootcamp, Wietse’s team have trained 46 youths, of which 22 have mental health limitations and 6 were long-term unemployed. 12 have been selected as Sea Rangers (one year of paid employment) and 12 recruited into maritime sector jobs, with the remainder utilising the pro-bono support of recruitment partners. 6 veterans have been offered employment through the Sea Ranger Bootcamp scheme. Initial impact study shows a success rate of 95% amongst bootcamp participants starting the programme, 83% success rate amongst those participants which are in long-term unemployment. A partnership has already been developed with the Department of Public Institutions at Utrecht University which will report on monitoring and evaluation as well as Key Performance Indicators.

Wietse has developed the Sea Ranger Service based on learnings from over 20 years dedicated to conservation with other organisations. Previously, with the Black Fish, Wietse helped train over 120 people across Europe to support the monitoring of illegal fishing practices. The organisation worked extensively to influence policy at the EU parliament in Brussels and published a number of reports and documents that were presented to the United Nations Crime Congress, among others.

Wietse grew up near Utrecht in the Netherlands. Some of his fondest memories are of being a Youth Wildlife Ranger where he became obsessed with the natural environment and having his logbook stamped as he carried out his duties for nature. He began fighting on behalf of animals at the age of eight, when he and a school friend discovered the mangled remains of ducks decapitated by a farmer at a pond.

A troubled relationship with his father meant that Wietse sought to be away from the family home as much as possible. For some people, this situation might have driven them to create more trouble. For Wietse, this allowed him to pursue his passion for being outside in nature. He soon became involved in environmental activism taking direct action to protect local woodland.

At 15, Wietse bought a tractor. However, Dutch law forbade him from driving it as he did not work on a farm. Unwilling to accept ‘No’ as an answer, Wietse took the local government to court for discriminating against him just because he did not work on a farm. He won his case and was issued with a special license which he carried in his pocket and had to regularly show to the authorities as he was stopped on the road.

Aged 25, Wietse found himself in the Arctic ocean working as 2nd Engineer aboard the anti-whaling vessels of the Sea Shepherd Conservation Society. This immersion in to the more extreme spectrum of activism, and months at sea without seeing land, had a formative effect on Wietse, informing his opinion on how determined citizens could cooperate to enforce international laws, and planting the seeds of inspiration for the social enterprises that he would later develop.

Wietse is motivated by learning from the past. A social program launched by US President Roosevelt in 1933 moved 3 million unemployed young men from the cities to build more than 800 national parks in just 9 years time, under the leadership of the army. The notion of combining landscape recovery with the approach to unemployment was an idea that resonated with Wietse, and when he was awarded the prestigious Future for Nature Award (for his innovative conservation efforts) in April 2016, the 50.000 euro award money was used as a scaling tool to finance the start-up of the Sea Ranger Service.