It seems some videos in this page has a broken URL/ or the file has been removed from the source. Please make sure all the video file paths are up to date for an optimal experience.
Ashoka Fellow 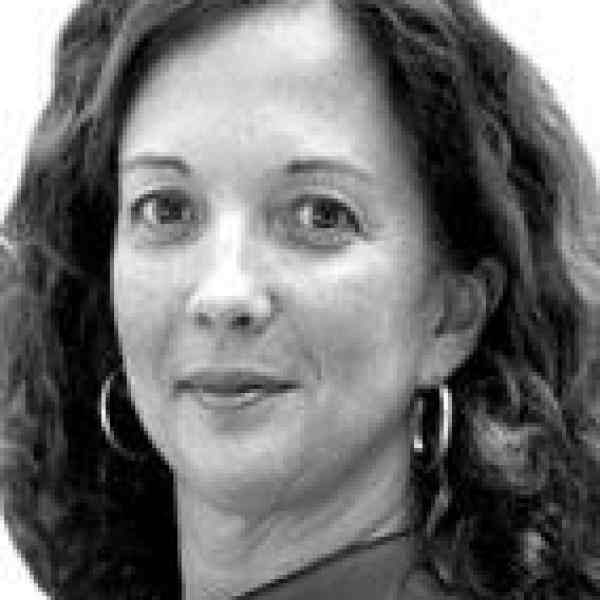 Check out this video of Victoria Hale's work

By creating the first nonprofit pharmaceutical company in the U.S., Victoria Hale is working to develop safe, effective and affordable drugs to treat neglected diseases that afflict largely rural and poor populations in the developing world.

Working for the Food and Drug Administration in the early 1990s, Victoria Hale saw many promising new medicines abandoned or not developed to their full market potential. In 2000, Victoria—a pharmaceutical scientist and a veteran of both the FDA and the biotechnology industry—created a non-profit pharmaceutical company to bridge the gap between neglected infectious diseases and pharmaceutical science. By repurposing existing drug research, conducting clinical trials overseas and building innovative partnerships with big pharmaceutical companies, in-country drug manufacturers and local distribution and delivery partners, OneWorld Health seeks to bring much needed drugs to market for a fraction of the usual cost. Diseases such as visceral leishmaniasis (VL), or kala-azar in Hindi, long ignored and fatal if left untreated requires special and urgent attention. It’s a largely forgotten disease and is often referred to as a disease of poverty since it affects only the poorest of the rural poor. Ironically, this so-called neglected disease afflicts almost 500,000 people around the world annually, in India, Bangladesh, Nepal and parts of Africa and Latin America and is the second most deadly parasitic disease in the world following malaria. On September 8, 2006, OneWorld Health publicly announced the approval by the Indian regulatory authorities of its first drug, Paromomycin IM Injection, as a new, affordable and effective cure for visceral leishmaniasis. The company hopes to introduce the medicine as an additional public health tool in the Indian government’s existing disease control program and eventually extend application of the drug to other geographies, including disease control programs in other visceral leishmaniasis endemic countries in South Asia, parts of Africa and Latin America. With the approval of paromomycin, OneWorld Health seeks to demonstrate that it is possible to develop new medicines for neglected diseases of poverty using an entrepreneurial, nonprofit model. The OneWorld Health non-profit pharmaceutical model brings together experienced and dedicated teams of pharmaceutical scientists, identifies the most promising drug candidates and develops them into safe, effective and affordable medicines through extensive clinical trials. Working with local distribution and delivery partners in India, OneWorld Health is now looking to tackle the last major obstacle—access—to getting much needed drugs to those afflicted by visceral leishmaniasis.In addition to visceral leishmaniasis, OneWorld Health is tackling two other diseases in its drug development portfolio. With malaria, the organization is partnering with a local biotechnology company to develop microbially derived artemisinin, an affordable, sustainable second source of antimalarials for ACTs. If successful, microbially derived artemisinin could reduce the cost of malaria drugs by ten fold. OneWorld Health’s newest effort focuses on identifying a portfolio of antisecretory candidates that could mitigate the dehydration of cholera and secretory diarrhea.

OneWorld Health was created as a nonprofit pharmaceutical company because the medicines needed to treat neglected diseases were often slow in coming, or entirely absent from the pipeline of a traditional pharmaceutical company. Yet the need for these drugs was, and continues to be, staggering. Witness the global disease burden associated with diarrheal diseases, the focus of OneWorld Health’s newest area of drug research and discovery. Diarrheal diseases are a leading cause of death in children under the age of five worldwide, killing more than 2 million children and contributing to the deaths of an additional 4 million children each year. Essential, life-saving treatments can offer simple and cost-effective solutions to treating many current global health problems, but existing drugs tend to be prohibitively expensive or are not available. Much has been written in the last several years about the 10/90 gap, a critical under-investment in which, on a global basis, less than 10 percent of health research and development (R&amp;D) resources were being applied to 90 percent of the world’s health problems. Many factors are slowly helping to change the imbalance, including a resurgence of interest and attention on global health and neglected diseases, increased resource mobilization for research, the active management and transfer of drug development technology, and greater infrastructure and capacity development. OneWorld Health challenges the assumption that pharmaceutical research and development is too expensive to create the new medicines that the developing world desperately needs. By partnering and collaborating with the pharmaceutical industry and its best researchers, by securing donated intellectual property, and by utilizing the scientific and manufacturing expertise and capacity of the developing world, OneWorld Health seeks to develop affordable, effective and appropriate new medicines for the poorest of the poor where they are most needed.

Victoria’s strategies go straight to the challenges. They are international, cut across sectors, and flexible enough to adapt to the differences among markets. She galvanizes and motivates at every level by drawing on available resources and combining them into win-win partnerships directed at producing drugs the organization can develop and optimize for beneficiaries they understand. OneWorld Health harnesses and leverages the efforts of others and helps partners who speak different languages and often represent disparate cultures—pharmaceutical companies, citizen organizations, local public health workers, the governments of developing countries—come together.OneWorld Health’s nonprofit pharmaceutical business strategy is characterized by matching opportunities aggressively with need, engaging the pharmaceutical industry early and often, partnering heavily with local expertise and striving to bridge the gap between the industry and the global health sector. By identifying the intersection of overwhelming patient need, scientific and clinical capacity, pharmaceutical industry expertise and resources, and local health infrastructure and capacity, OneWorld Health is striving to help save as many lives as possible from treatable diseases. Critical to the success of the nonprofit pharmaceutical model is the active participation of the very pharmaceutical industry scientists who developed the donated compounds, offering them the chance to participate in a type of social-corporate sharing that allows two interests to be served without conflict. Through OneWorld Health, drug companies can devote significant intellectual, human, and financial resources to humanitarian drug development without assuming the commercial risks associated with introducing new products for relatively small and poor markets. OneWorld Health puts those resources together with the other necessary components in the treatment and supply chain, including clinical trials run to international standards in a resource-poor environment, partnering with local manufacturers, working with government agencies and their existing public health apparatus and collaborating with existing citizen organizations treatment efforts already underway on the ground. The development of paromomycin exemplifies the OneWorld Health approach. Working with the dedicated expertise of Indian physicians and researchers, the organization applied for and received regulatory approval, and is now in the process of launching post-approval monitoring and field research Phase IV studies in India. They are working with the Indian government to integrate paromomycin as an additional treatment in their larger disease control efforts, and have identified a local drug manufacturing partner. OneWorld Health now seeks to build out the distribution capacity of a local health and social marketing firm as a potential delivery partner in the near future. The drug’s development was additionally made possible by a unique collaboration between OneWorld Health, Gland Pharma Limited, the International Dispensary Association, IDA Solutions, the World Health Organization’s Special Programme for Research and Training in Tropical Diseases and the government of India. The Bill &amp; Melinda Gates Foundation provided funding for clinical testing and development of paromomycin.

Victoria grew up in Baltimore, and worked as a pharmacist at Johns Hopkins University Hospital in Baltimore. She earned her PhD in pharmacology at the University of California in San Francisco, reviewed drug applications at the FDA, served as a senior scientist at Genentech and an adviser to the World Health Organization, and co-founded a drug development consulting firm called Axiom Biomedical, Inc. A lifelong admirer of the early women suffragists and of Margaret Sanger, she was one of six women scientists who fought to require pharmaceutical companies to include women and children in clinical trials. This dedicated group was responsible in part for changing the way clinical trials are conducted in the industrialized world. She learned at that moment that a small number of committed people can make a lasting difference on an important issue.By her late 30s, Victoria began rethinking the profession she loved because she felt it had departed from the ideals of healing that originally drew her. During a trip to India, she witnessed the ravages of leishmaniasis and knew she had to do something. She returned determined to start what she had been told was impossible; a non-profit pharmaceutical company specializing in developing drugs for the diseases of the poor. In 2000, Victoria and her husband, Ahvie Herskowitz—a cardiologist by training—founded OneWorld Health to develop safe, affordable and effective new medicines for people living with diseases of poverty in the developing world.