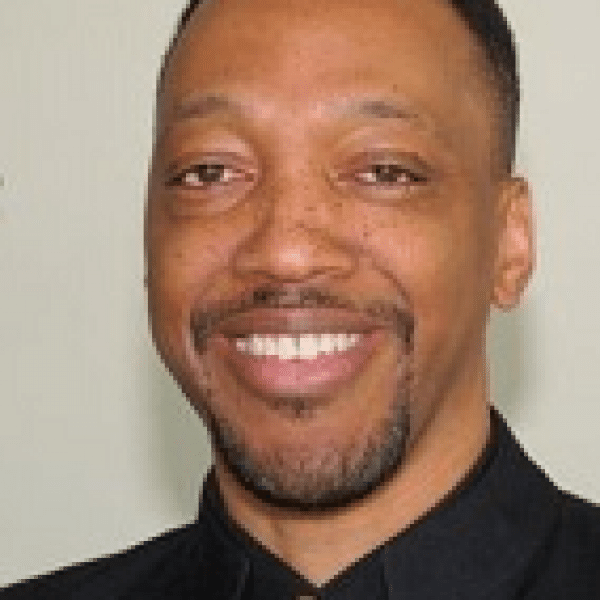 Trabian founded BMe to update the narrative about black men in the United States, and to reveal them as catalysts for community building and national social change. BMe connects authentic black male leaders with key influencers across industries and sectors who share their belief in valuing all members of the human family. BMe invites people of all races and genders to become “Community-Builders” as well by sharing BMe’s uplifting content and participating in events and campaigns that create educated children, safer communities, healthier people and economic opportunities – led by black men.

Through BMe, Trabian seeks to reawaken empathy and build community across race and gender groups by presenting black men as the community-builders that they are. As Trabian puts it, black men are perhaps the only ethnic group that have no pro-social stereotype, and this perception has a range of perverse effects on how we view and engage with them. The negative story of the ‘black male threat’ dominates – even among well-intentioned efforts to benefit the black community – despite countless positive contributions black men are making in their communities and beyond each day. Black men serve their country in uniform, support causes, and have been increasing their entrepreneurship at higher rates than all other men but patriotic, generous and enterprising is not how we think of them. The recent high-profile shootings of unarmed black men by authorities are perhaps the most poignant reminder of the urgent need to change course, but their aftermath is also an opportunity because periods of instability are often the ripest for large-scale change.
The idea comes down to three parts: sharing the asset-based narrative about black men’s roles in America as builders, supporting the central characters in that narrative (BMe Leaders) and connecting them within a powerful influencer network (BMe Champions), and doing so in constant partnership with media to amplify the message. What is new and different is both the narrative itself and the entrepreneurial strategy he has designed to give that narrative legs. Other efforts in the field of ‘black male achievement’ are still rooted in the crisis/threat narrative with language of ‘vicious cycles’ and missions to help young black men ‘follow the rules’ and ‘stay on track’. Such language actually reinforces the bias against black males and the perspective that black males need to be neutralized rather than maximized. In contrast the mission statement of BMe is to build caring and prosperous communities inspired by black men. Within this statement is not just a more positive framing but one that acknowledges black men as peers with the same values and goals as the rest of us, and who we can work with and learn from in service of those goals.
BMe then works to connect people who affirm its values, work on a range of issues and affirm the positive role of black men in society. Trabian likens the connecting to building what Martin Luther King Jr referred to as “The Beloved Community” wherein all people are challenged and engaged to be their better selves. At the cornerstone are BMe Leaders (black men changemakers who BMe highlights and supports) and BMe Champions (influencers of all races and genders within philanthropy, business, media, academia, and more) who care about the same range of causes and are given opportunities to build relationships and support one another. The personal relationships formed become a foundation for institutional change. This network becomes an engine for new kinds of experiences wherein black men and boys are active catalysts for an America that values all of its people.

The predominant narrative of the black man in America is fed by a negative implicit bias and a self-reinforcing social prophesy of the black male threat. Indeed, except for the occasional celebrity, on the whole, black male Americans are either absent from our thoughts, associated with social problems or perceived as threats. This negative bias primes us to see examples of the negative story, and seeing evidence of the negative story justifies the negative bias. The error in this loop is that the positive traits of the group are consistently ignored, become invisible, and thus the group continues to be defined by its inadequacies and failings.
The narrative matters because people make judgments based on perceptions more than on facts. So perceptions, framing, and narrative have profound effects on people’s behaviors, priorities and decisions. One illustrative data point that underscores the necessity to change course and update narrative is that in 2012 alone, authorities self-reported shooting 140 unarmed black Americans. In over 40% of the shootings, the authority reported that they never even thought the victim had a weapon, but shot because ‘they felt threatened.’ This widespread fear of the ‘unidentified black male’ blunts our empathy to fellow citizens during a period that many are now referring to as the New Jim Crow. Black males who are subjected to mass incarceration are subject to legal housing and employment discrimination and voter disenfranchisement for the rest of their lives.
The narrative persists in part because of the media’s endless appetite for the crisis framework, which feeds divisive conversations and negativity. But the narrative is also maintained by many who work on black male advancement through a lens of fixing the problems of black males, rather than black males building community with others around shared values. Finally, the problem persists because the positive stories too often go unsupported and unnoticed. This is not always because those in positions of power and influence are prejudiced or exclusionary. Often because of the nature of social networks, there are insufficient avenues to build trust and solidarity across racial lines. Building those avenues can be a powerful catalyst for new collaboration, new stories, and ultimately a new national narrative.

Trabian has been working towards this idea for his whole adult life. He was born in a factory town that went defunct just before the onset of the war on drugs and the crack epidemic that followed it. He saw his childhood friends become either victim or predator but just as importantly, he experienced society turning its back on him and them.
In the fifth grade Trabian’s teachers discovered he had a genius-level IQ and by the 10th grade he earned a scholarship to Cranbrook, a private boarding high school several miles from his home. The juxtaposition of being raised poor then living with the rich was enlightening. He realized that stereotypes about the wealthy were usually just stereotypes, and that people are just people whom you can’t really know until you know them.
Trabian feels as if he escaped the ghetto holocaust of the 80s and early 90s, and is in fact in the minority of black men on his block who is still alive and out of prison. He became obsessed with the study of the black freedom movement in the U.S. and wanted to learn how to adjust the current culture so that his community could become truly free too.
Trabian has spent the majority of his adult life learning about networks and network theory. He was a mostly self-taught software programmer (aka hacker), one of the original framers of the AmeriCorp national service program, then founder of a D.C. technology network call TechWorks for Good, then co-head of Ashoka U.S. and then Vice President of Knight Foundation’s Community Program. While at Knight he decided to merge his interest and understanding of networks in a way that would be supportive of black people’s aspirations for freedom.
Trabian is guided by MLK’s insight that freedom must be gained for all people if it is to be gained for any. BMe is founded with the belief that black men can, do and must lead in building more caring and prosperous communities for all.