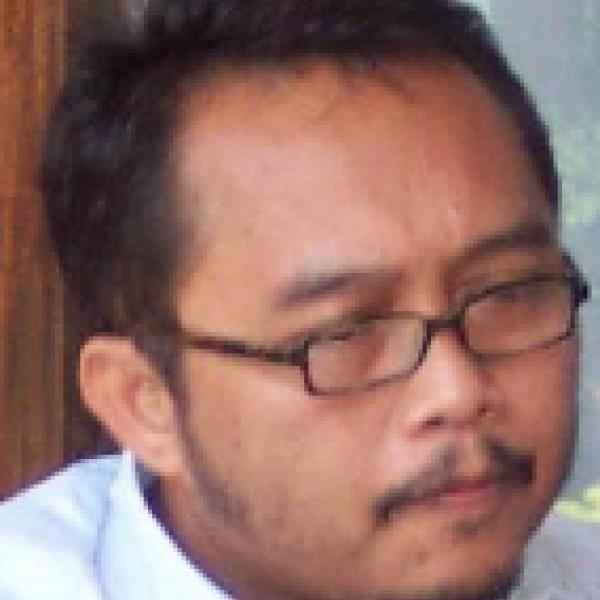 Tosca designed a national public radio network that he envisions as a “partner” in democratizing Indonesia. The news agency produces meaningful programs for broadcast by local member stations, most of which are small community-run operations, to encourage dialogue between citizens across Indonesia. Tosca’s radio network, KBR 68H, is changing the way local radio stations serve their audiences. Tosca brought together local entertainment-based radio stations and introduced them to the concept of radio journalism. Now, they develop high-quality programs that serve the needs and interests of their listeners as well as train local professional radio journalists. Tosca has broadened the type of content produced by radio stations to cover issues of local as well as national interest. Even the most sensitive issues, such as religious tolerance and pluralism, can now be discussed openly through an interactive program of public debate. The investment cost of building the infrastructure for radio journalism in Indonesia is relatively inexpensive compared to print and television media, given that radio can reach almost 80 percent of the population. Tosca recognizes that a rapidly changing society like Indonesia needs a fast and responsive communication medium. Therefore, he provides his clients in the radio news industry with access to satellite-based internet technology. This simple, low-cost strategy has enabled radio stations to serve their listeners much faster and to significantly increase their coverage areas. Tosca is now ready to propose a nation-wide market of radio stations and introduce exciting opportunities for advertising revenue for local stations that will help ensure the development and sustainability of the radio journalism industry.

Tosca’s vision is to create a well-informed, aware, and active Indonesian citizenry. He and his team produce and distribute high quality programs that serve the public’s need for information and discourse. Tosca set up KBR 68H, as a new radio news agency that broadcasts an 18 hour program format consisting of news, public education, and regional programs. KBR 68H’s other news programs, such as Hourly Bulletins, Current Affairs, and Asia Calling, discuss the issues facing Indonesia as it transitions to democracy. These issues include religious tolerance, human rights, economic development, health, and the environment. People from all backgrounds actively participate in these discussions, with special focus on those who had been excluded and marginalized under the previous regime. Local members in Tosca’s radio network use news programs designed by KBR 68H as a guideline but are encouraged to modify them to best fit their local issues, attract local listeners, and effect local policy change. So far this strategy has met great success. For example, when KBR 68H local correspondents identified malnutrition cases in Timor Island and brought the news to the nation’s attention, the government immediately responded with action. The same case was true for the Yakuhimo people of Papua when the famine in their area was featured. Through the local 68H news program, the people of Kendari in Southeast Sulawesi were able to delay the enactment of a harmful local regulation. Tosca brought together several local radio stations and they established a national, interactive programmatic radio network. Initially, the programming was distributed free of cost but now member radio stations are charged on a sliding scale. In the early days, Tosca and his team used to produce programs and distribute them manually to different local radio stations using a motorcycle taxi. In response to the need for faster distribution, Tosca experimented with land-based Internet but failed due to the slow downloading speeds in many areas. He switched to satellite internet, an underutilized yet affordable and easy to access technology. With this one simple step, Tosca’s radio network has now engaged 500 radio stations, growing from only seven in 1999, with 13 million listeners. The network reaches almost every district in Indonesia and is also being relayed by a number of radio stations in South East Asia (including Cambodia, Thailand, the Philippines, and Timor Leste), and 13 radio stations in Australia. To speed up development and profitability of the radio news industry, Tosca employs different marketing strategies to shore up the financial sustainability of KBR 68H and the local radio news stations in the network. He conducted a marketing research survey to identify the diversity and preferences of the KBR 68H’s listeners. This data was used as a marketing tool to attract commercial ventures and advertising partners. Going one step further, Tosca and his team also developed a software program, Digital Proof, which allows sponsors to verify that their commercials are actually being broadcast locally. To position radio journalism as a competitive industry, Tosca and his team cultivate young people committed to democratizing society and train them to become local radio journalists. Tosca is working to spread his network to the more remote districts of Papua, NTT, and Aceh. He is reaching out regionally to Thailand, Cambodia, Fiji, and the Philippines with an English program called Asia Calling. This program addresses common problems faced by the Asia Pacific countries, such as human trafficking, migrant workers, and terrorism. The full model of the radio news agency has also been replicated in Timor Leste and Nepal. In the future, Tosca envisions the establishment of sustainable, profitable and far-reaching public radio networks that serve the citizens’ need for information. Once the public radio network has spread, Santoso also plans to enter public television programming development, which he believes is a big industry with an intensive capital flow but very poor program quality for the public.

Tosca, now a father to a 10 year old son, was brought up in a family environment that gave him a strong sense of duty and empathy. During his childhood he helped his mother sell snacks to supplement the family’s finances. When his father moved to Kupang for a teaching position, Santoso spent most of his teenage years working in the school cafeteria for extra income.In high school, his dream was to become an engineer. However, his educational path led him to graduate from the Institute of Agriculture in Bogor. During university he started writing regularly and developed several campus tabloids and magazines. The values instilled by his family compelled him to take up the cause of poor farmers in Cimacan, West Java. The farmers had to watch their houses being bulldozed by real-estate developers who wanted to turn their land into a golf course. Tosca became an advocate for the farmers, writing bulletins for his university’s student movements. During his second year at university, he had an experience that deeply influenced him. One day, on his way to campus, he came across the corpse of an old homeless person lying next to a busy street near the school. He was shocked and furious because he knew that the dead body had lain there overnight. He took it upon himself to bring the body to the hospital. The incident caused him to lose sleep for several days but at 19 years of age, he decided to become a journalist so he could speak out against injustices of this kind.Tosca’s career path as a journalist started after he graduated in 1989 and worked at the National News Agency; the Bisnis Indonesia daily in 1990; and the Forum Keadilan weekly in 1994. At this time freedom of speech was strictly censored by the ruling the military government. When three national news publications were closed down in June 1994, Santoso and his colleagues protested the government’s action. He chaired a meeting of protesting journalists and they established the Alliance of Independent Journalists, causing them to lose their jobs. These young journalists chose to create an underground news agency, “The Independent Voice” and distributed their news reports via the Internet. The publication of an investigative news item on the Communication and Information Minister, placed Tosca at risk and he had to flee to Thailand for a few months. In 1995, internationally recognized senior journalist Goenawan Mohamad and several friends established a citizen organization called the Institute for Studies on the Free Flow of Information—an underground alternative media to target campus media. Their activities included training campus journalists and producing alternative publications. They later asked Tosca to join them as a coordinator for their publications. Tosca realized that the radio media was not providing people sufficient updates of the current situation, but saw a promising new field not being utilized—the field of radio journalism. He felt that this medium could play a critical role in Indonesia’s transition to democracy. In April 1998 he created the radio news agency, KBR 68H and envisions this radio agency and its network becoming a public service network funded by its listeners.