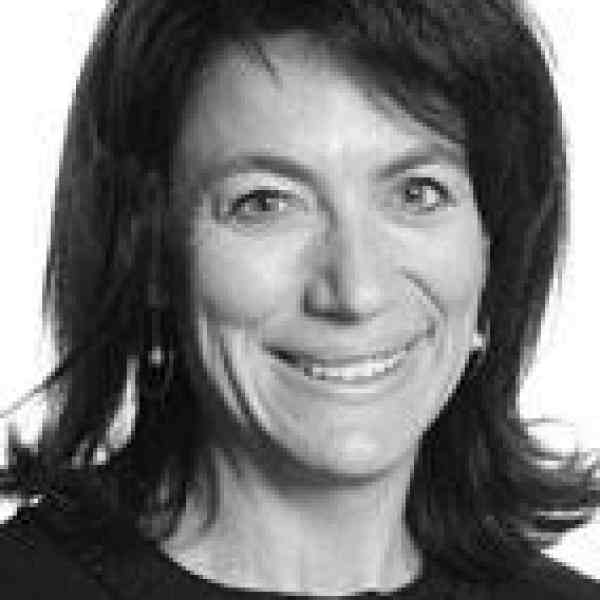 Check out this video of Terri's work:

Terrie Rose is transforming childcare centers in low-income neighborhoods into creative learning environments that promote the healthy development of our most vulnerable babies, toddlers, and young children.

Terrie’s idea is to help the poorest communities build on their existing assets to offer state-of-the art childcare designed to meet the mental health and development needs of babies and young children exposed to the traumatic struggles of families in poverty. Deeply troubled by the character of many government-subsidized and for-profit childcare centers, including the lack of quality care in poor neighborhoods, Terrie teamed up with many local organizations including the Minneapolis Children’s Museum to create a unique, baby-centered physical space for childcare and early education. Baby’s Space—A Place to Grow is a unique developmentally calibrated environment designed specifically for young children that sends a message to parents, teachers, and policymakers: Every child deserves the best possible start in life.

Terrie led a team that designed Baby’s Space from a baby’s point of view. An expert in early child development, Terrie understood that children did much of their early learning through their senses of touch, smell, and sight, and so re-imagined childcare centers with this in mind. The astonishingly different result includes interactive spaces, mirrored walls, see-through platforms and banisters, gently sloping inclines, inviting crawl spaces, and cozy nooks. The space—which offers a 360 degree view so each child can be seen at all times—signals to parents and staff that something wonderful can happen here.

Baby’s Space brings the best practices into the most under-resourced, challenging settings, demonstrating that it is possible for society to set our youngest, most vulnerable members on a path to success. Today Terrie is pioneering a full-year, full-day K-3rd grade program for high-risk children at a specialty school in the Minneapolis Public School District. The Tatanka Academy opened at the Baby’s Space site in September 2008, expanding the model to include high quality education, parent engagement, and mental health services for children nine years old and younger.

Welfare to work policy changes have focused on providing a safe learning environment for the children of parents at work, but most offer little more than babysitting services. Although government subsidized day care centers are required to meet minimum standards, they tend to be staffed by low-wage hourly workers with little training. Ratios of staff to children stretch the limits of acceptable practice. As a result, the infants and toddlers of families receiving government aid spend many hours a day in childcare settings that cannot provide the individualized attention that is critical to the healthy emotional and intellectual development of any child.

Studies have shown that quality childcare can close the performance gap for children at risk due to socioeconomic status, race, and parent education levels. This gap begins to appear on standardized tests as early as eighteen months of age. Children entering kindergarten in families earning less than $35,000 were two to three times as likely to be rated ‘not yet’ ready on language, literacy, and math skills than children in the highest income group. By age three, a child’s neural foundations are firmly established. However, since children under the age of three have only recently gained the attention of educators and policymakers, few programs have been designed specifically for this age group; most are “miniaturized” versions of models designed for children of preschool age.

Children of poor families are the least likely to get quality childcare. Parents receiving government subsidies have limited bargaining power and are unable to financially supplement the subsidy to place their children in the best facilities, assuming good facilities are even available nearby. Also, welfare-to-work programs cut off childcare support if a parent is not working, even if it is due to maternity leave, illness, or a family crisis. Indeed, just when a child needs a safe and stable environment most, she is removed from it. The centers fill the child’s “slot,” so when the parent returns to work, the child has to start over at a new center.

And yet it is children who grow up in poor families and communities that are most likely to encounter stressful or traumatizing life events that can impact their early brain development. Neglect, abuse, trauma, and exposure to violence have a lasting effect on children and shape their psychological health and their worldview. For these reasons, these children need “high touch” individual attention from skilled, caring adults to process and overcome these negative experiences. Childcare centers could be places where society intervenes early to address the mental health issues of vulnerable children. However, centers in low-income areas lack the capacity to provide such services.

Quality childcare has proven to be critical for breaking the cycle of generational poverty and for addressing socioeconomic disparities. The cost to society of poor quality childcare manifests in nearly every indicator of social and economic life success—from increasing the chance of substance abuse and incarceration to decreasing the odds of high school graduation and gainful employment.

Terrie opened Baby’s Space in 1999 to serve birth to PreK children and their families in the Little Earth of United Tribes subsidized housing complex and neighborhood, the second largest urban American Indian community in the United States. Terrie welcomed the chance to test her model within one of the most challenging poverty populations in the country. Her success there has attracted interest among other tribal nations and beyond.

Because the quality of human attachment is the single most reliable predictor of children’s developmental outcomes, Baby’s Space provides relationship-based programs to promote healthy attachments between parents/guardians and their children, teachers and children, and even parents and teachers. Each center is a neighborhood space that provides a haven for babies and a specially designed learning environment for both babies and their parents. At each site, a parent facilitator hosts family nights to engage parents in a community of mutual support, provides doulas, makes home visits, and advocates for families entangled in bureaucratic systems. A mental health worker is always available to assist individual parents. The ratio of teachers to children exceeds requirements: Three infants per adult; four toddlers per adult; and a 10:1 ratio in kindergarten to 3rd grade.

Baby’s Space has significant potential for national replication because it is cost-effective and straightforward. Compared to childcare models that require building a new space in a low-income area with comprehensive staffing, Baby’s Space incorporates essential healthy development practices for at-risk children in existing childcare centers.

Although 50 percent of Minneapolis children are not ready for kindergarten when they start school, 100 percent of children graduating from Baby’s Space are prepared. In addition, all children at Baby’s Space are developmentally on track. Hennepin County found that Baby’s Space outperformed ten other Strong Beginnings programs. The county where Baby’s Space resides has found a revenue stream that counties in every locale can use to support the model. With 65 percent county funding and 35 percent grants, the Baby’s Space model has been adopted by three childcare centers in Minneapolis, and two sites in other areas have secured local funding to adopt the model. One will serve the White Earth Nation on the largest Indian reservation in Minnesota and the other will serve Duluth, the state’s second largest city. Terrie formed a consortium to support these five pilot sites, and plans to have 15 sites statewide by 2013. She will continue leveraging her national standing, contacts, speaking engagements, and contracts for training in early childhood and mental health to promote the model nationwide.

Terrie is poised to build on the growing momentum of public and private interest in early childhood care. She raises awareness among policymakers, professionals, and the general public on the vast, untapped potential of quality early childcare and education. She is frequently invited to testify to state legislative committees and serves as an advisor to candidates for local, state, and national office. Terrie works with policymakers to develop long-range funding for programs using best practices in childcare. She also serves on the National Academy for State Health Policy committee for assuring better child health and development.

In the past three years, in partnership with state agencies, Terrie has trained over 500 mental health practitioners. One of six national ZERO TO THREE trainers, she is determined to leverage her position as a leader in this field to enlist policymakers and citizens in helping communities translate theory into action. The hallmark of her work is to take everything she knows based on research and best practices and do what it takes to make it happen at a community level. In a country of thousands of knowledgeable psychologists and educators, none until now had begun to resolve the problem of poor quality infant and toddler care and education.

Terrie excelled in 3D art forms—making her own clothes, designing costumes for high school musicals, and reupholstering sofas. Through her artistic endeavors, she learned that mistakes help inform new approaches—that if you work hard enough you’ll find a way, and that you can always change things for the better. Terrie often organized activities for neighborhood kids, from carnivals to fashion shows. Always at the top of her class, she earned money for extracurricular activities by working her way through high school.

At home, Terrie developed the skills and empathy that would lead to Baby’s Space. At Tufts University, her love of children led her to pursue child development with an emphasis on emotional health.

At a young age, Terrie married her high school sweetheart and had three children in three years. Even with her child development training, an engaged husband, financial resources, and supportive friends, raising three closely spaced children was the hardest thing Terrie had ever done. She could not understand how the welfare-to-work system could expect women in poverty do all of this with little or no support. Terrie set out to create a system to help parents achieve wholesome relationships with their children and contribute to their healthy development. What began as a project at the University of Minnesota became incorporated in 2006 as Baby’s Space—A Place to Grow, and later, the Tatanka Academy, so that from birth to 3rd grade, children from the most deprived circumstances have a strong start toward success in school and in life.