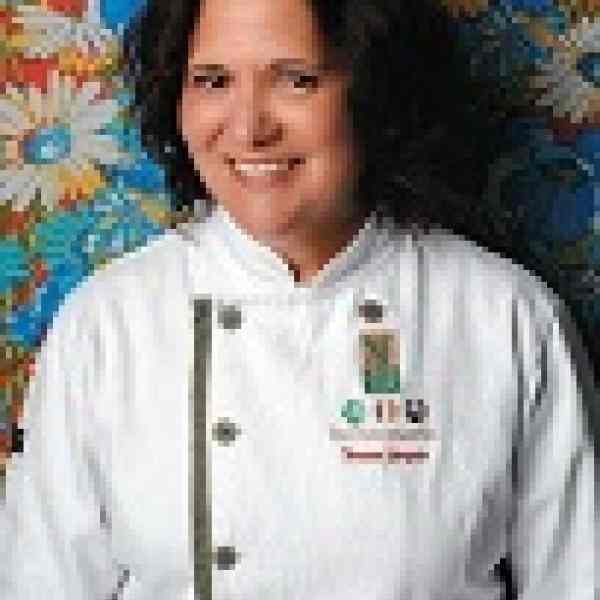 By bringing Brazil’s traditional foods like cassava back to life in top culinary markets, Teresa Corção is helping both small farmers and the country’s health.

Teresa is changing consumption patterns of Brazilians to counter the prevailing preference for industrialized food over locally produced food. A renowned chef with experience creating demand for new gastronomies, Teresa immersed herself in the culinary traditions of different regions of Brazil. She came to realize that, in general, their flavor and historical significance remain unknown to the Brazilian palate, despite being considered “gourmet” in limited circles. Teresa began recovering and raising the visibility of the national cuisine, presenting typical Brazilian dishes as part of a unique tradition and imbuing them with sophistication attractive to the growing gourmet market. Serving as a broker, she generates a renewed demand for native products once invisible to high end buyers. As a result, her approach increases the income and quality of life of small-scale producers who were previously unable to compete with agribusinesses. In the process, her work increases the self-esteem of producers by making their importance visible to a society that did not acknowledge them.

As a first step, Teresa gave particular attention to cassava (manioc). She saw the potential of this deeply Brazilian root vegetable to be a standard bearer, an exemplar of the many other rich possibilities posed by traditional Brazilian foods. In addition to promoting it as a staple food on all dining tables across the socioeconomic spectrum, Teresa focuses directly on the cassava producers themselves, organizing them into local producing clusters. She helps them in many practical ways. One is enhancing their place in society as they step up to represent a particular portion of Brazil’s native history and tradition. Through her efforts, Teresa has helped such native products once again become fashionable, which of course increases demand and prices. More demand at higher prices plus new respect is the small farmer’s dream. With success in the cassava market, Teresa is now turning her attention to other traditional foods in the Brazilian diet and their producers.

There are nearly 4.4 million family farms. That is 84.4 percent of all Brazilian farms. Nonetheless, public policy has prioritized agribusinesses. This has been due to a perception among business and government sectors that family farms are a social construct of the past whose only viable future is to be incorporated into large industrial farms. Today, these family-owned properties produce 70 percent of the food that arrives at Brazilian tables, demonstrating the sector’s importance. This segment also plays a critical role in the economy of small cities—4,928 municipalities have less than 50,000 inhabitants and of these, 4,000 have less than 20,000 inhabitants. These producers and their families are responsible for numerous commercial and service jobs in these small cities. However, farmers have suffered from decreasing incomes over the years.

One of the reasons these small farmers are doing poorly is that there is little demand for their traditional products in the cities. They are especially invisible in the cities’ high-end markets in stores, restaurants, and hotels. All of which contributes to the sense that country’s small farmers are unproductive, a leftover of the past—a sense that discourages both the farmers and investment in the sector.

To a large degree, national consumer trends can explain this. In recent decades, food consumption in Brazil has followed a logic dictated by the powerful sales and marketing strategies of large food companies. This is the result of a number of factors: cultural and culinary globalization, a shift in family values among urban populations, and lack of time to prepare food. Brazilians tend to prefer imported products to national ones. In addition, the public rarely pays attention to food production chains or shows interest in the origin of the food they eat. One of the foods that illustrate this scenario is cassava, which is intrinsically tied to Brazil’s history. Cassava was handed down from indigenous groups and widely used by pre-Colombian societies well before the arrival of Europeans. According to the Brazilian Institute of Geography and Statistics and the Agricultural Research Corporation, around one million Brazilians work directly in the production of cassava and its by-products. Some of the most famous and important products of Brazilian gastronomy come from cassava: pão de queijo (cheese bread), farrofa (cassava stuffing), biscoito de polvilho (cassava puffs) and fried cassava, among others. In spite of this, cassava is little valued. As such, even though Brazil today is the second producer of cassava root behind Nigeria, cassava almost disappeared from Brazilian tables in favor of wheat, an expensive product that has aggressively been promoted by industrial food companies since the 1970s.

Teresa’s interest in Brazilian gastronomy and in publicizing traditional foods began with cassava. For most Brazilians, cassava, like other native foods, has lost its cultural, historic and culinary value. This has impoverished cassava producers. Teresa set out to address both problems. She engages professionals and students of gastronomy in her work and, in turn, they contribute by refashioning dishes with traditional ingredients and promote them on the epicurean stage.

A key element of Teresa’s strategy is to create demand for cassava and other locally produced native foods among high end gourmet markets. Teresa founded the Maniva Institute, composed of 18 well-known ecochefs from all over the country. Maniva has helped Teresa expand and diversify her publicity strategies. Her principle tactic has been to create and support the ecochef’s “smart network,” which uses historically overlooked ingredients in their recipes, restaurants and large gala events, while publicizing them in the media and producing how-to videos and television programs.

Maniva has also released two documentaries on the production of manioc flour, including a 30-program television series with the “Made for TV” production house, Canal Futura. Using these strategies, Teresa has been changing consumers’ perceptions regarding dishes and ingredients, which are now considered as gourmet. Teresa gauges her success in part by how some food products once poorly appreciated (such as “baby manioc” or Bragança’s manioc flour) have become high-end products and are currently sold in gourmet restaurants.

One example of the impact of these visibility campaigns on the lives of cassava producers is Mr. Bené, the protagonist of the film Teresa produced called O Professor da Farinha (The Flour Professor). The film features the renowned flour producers of Bragança, Pará, who were living in extreme poverty, documenting how they prepare the best manioc flours in the country. Mr. Bené, saw his income quadruple since participating in the project. The visibility of the film resulted in Mr. Bené receiving the Santander Bank Maturity Talent award, which allowed him to teach workshops on traditional cassava cultivation and preparation from the region, harvest 21 new manioc crops and train 10 new teachers in cassava cultivation and flour production. Teresa has been trying to systematize and replicate these experiences in other cases around Brazil.

In addition to increasing visibility for cassava and its producers, Teresa works to take advantage of the increased demand for cassava by linking top tier buyers with the producers, thereby increasing their profits. She has for example, found market niches for small producers, connecting them directly to chefs and restaurants. Teresa identifies high-quality cassava products from small family-run—preferably organic—farms. She then seeks to identify possible distribution bottlenecks and fair trade export routes.

Although Teresa’s principle crop is cassava, Maniva Institute’s ecochefs have cast their attention to other food products through participation in the Slow Food movement. Teresa executed similar campaigns to promote guaraná (a flowering plant) from the Sateré Mawé indigenous tribe in the Amazon; Bahia’s umbu (a fruit), and Santa Catarina’s pinhão (a type of nut). Maniva is now researching new products that, like the cassava, may be “discovered” by the general public. Furthermore, Teresa intends to establish partnerships that will allow her to boost recognition of native products nationwide. In five years, she foresees a network of 100 ecochefs publicizing and adding value to Brazilian food products all over the country. Due to the chefs’ widespread fame and access to the media, the visibility of the products Teresa champions tends to grow. As an indication of her success, the governor of the state of Acre recently invited Teresa to replicate her work there.

A child of Catholic intellectuals, Teresa’s father was a well-known writer and religious leader in the 1950s and 1960s. Teresa was brought up in an environment that instilled the principle of solidarity. Her questions of equality and social welfare grew beyond her Christian teachings, perhaps due to her mother, whom she always saw as someone concerned with human need. Early on, Teresa perceived the kitchen as the best place in the house. Here she saw a way to turn poverty into wealth; any ingredient, no matter how humble, could leave the kitchen transformed into something precious. Teresa instinctively began to connect cooking with social change.

In her professional life, Teresa pursued graphic design. At the Pontifical Catholic University of Rio de Janeiro, she worked for years with visual communication. Invited by her sister to become her partner at the O Navegador restaurant in 1981, Teresa became acquainted with the culinary arts as a professional. From the onset, her contact with the kitchen staff, most of them immigrants from the poor Northeast region of Brazil or their descendants, was filled with curiosity and respect. Teresa noticed that, although most were not educated, they were often intelligent and artistically talented. She enjoyed her regular exchanges with them, learning a great deal.

Along with other chefs, Teresa participated in the Pernambuco Culinary Arts Festival of 2002 to prepare dishes with local ingredients. She realized that although she knew very little about her own culture when it came to food, an “invisible” segment of society—farmers, domestic workers, and people from the rural interior—knew a lot. With this new awareness, Teresa sought to spread the wealth of culinary know-how among the descendants of Northeastern immigrants who arrived in Rio de Janeiro’s favelas. She began by teaching workshops about the history and cultural importance of manioc in Rio’s public schools to over 3,000 students. In 2011 after teaching for almost ten years, she shifted her strategy. Noticing that the producers did not feature prominently in her curriculum, Teresa started to promote the products of small cassava farmers.

Bringing together her past as a designer and her present as a chef, Teresa is forever imagining new possibilities for Brazilian gastronomy. This includes new designs that can be reproduced with her ecochefs to change the lives of farmers, small producers, and guests around a dining room table, as well as seeking cultural preservation and a fair trade society.