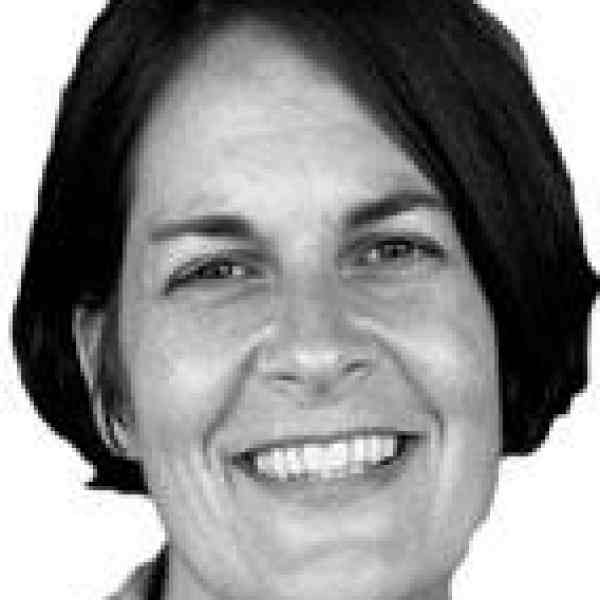 Working within the current judicial system and using a defense-based victim outreach model, Tammy Krause is changing the system's view of crime victims by demonstrating how their judicial needs can be effectively addressed without compromising the integrity of the judicial process. Looking at the 100 capital crime cases a year in the United States and the 7 million victims of these crimes over the years, Tammy is going beyond victim rights to address victim needs. She is creating a practice and structure by which victims' judicial needs can be satisfied while protracted cases that burden society can be quickly and appropriately decided.

Tammy Krause is focusing on the judicial needs of victims, providing an opportunity for them to determine their own involvement within the judicial process. In doing so, she moves beyond the current victim rights movement, which is based within the prosecution's office and can inform victims only of their judicial rights. With JustBridges, the initiative she directs, Tammy provides the victim with access to all parties within the judicial process, assuring that victims' judicial rights and needs are addressed. These judicial needs include responses to defense team motions and actions, negotiation in the plea agreement process, questions for the court about the crime and events surrounding the crime, and efforts to extend participation beyond the factual information of trial dates and victims' courtroom rights.

JustBridges is naturally replicable given both the nature of the U.S. justice system and Tammy's entrepreneurial sense. By targeting capital crimes cases, Tammy aligns with cases that will not only prove her idea but also provide national visibility. Furthermore, Tammy has created a method to train personnel critical to making the idea work and spread. Within the federal judicial system, Tammy will train attorneys from the 93 U.S. Attorney Offices around the country over the next five years about the judicial needs of victims.

The United States judicial system was created to promote respect for the law, provide punishment for the offense, rehabilitate the offender, and protect the public from further harm by the defendant. In the U.S., Tammy works on criminal cases, which are deemed and prosecuted as crimes against the state. A familiar example of a criminal case is United States v. Timothy McVeigh. Though the U.S. Constitution affords much to protect the accused, current protections do not include the judicial needs of victims. The judicial system is structured on the assumption that victims will feel that justice is served through convictions and sentences. By its focus on serving the rights of the accused, the judicial process precludes the judicial needs of victims.

JustBridges tackles a big problem in the U.S. judicial system. What makes Tammy Krause's idea so powerful is both its express concern for the judicial needs of victims and its unanticipated dividend of substantial cost savings to the system. As John M. Bailey, Chief State's Attorney, Connecticut, states, "Every dollar we spend on a capital case is a dollar we can't spend anywhere else.... We have to let the public know what it costs [to pursue a capital case]."

Thirty-eight states enforce death penalty laws, bringing over 100 capital crimes cases per year. Capital cases burden county budgets with large unexpected costs, according to a report released by the National Bureau of Economic Research. The report estimates that between 1982 and 1997 the extra cost of capital trials was $1.6 billion. The total cost of death penalty judgments was 38 percent greater than the total cost of "life-without-parole" sentences. In California, The Sacramento Bee reported that California spent $78 million at the trial level for capital cases.

Tammy is addressing a deep-rooted problem. In most capital cases, lawyers have become "zealous advocates" for their clients, leading to an adversarial methodology that ensures conviction, innocence, or life imprisonment. Advocacy by both the prosecution and the defense ignores the judicial needs of those most affected by the crime committed. With conflicts starting at the top–with the U.S. Attorney General deciding what cases are presented as capital crimes–down to the defense attorneys who are typically interested in keeping the defendant off death row, the goals of both the defense and the prosecution ignore the needs (both emotional and judicial) of the victims, often leaving them even more traumatized–by the system that purports to help them.

Additionally, Tammy works to convince attorneys of the value of this work. In Tammy's words, attorneys are focused on control. Historically, they demand control over all the elements of a case to complete it to their liking. In many cases, attorneys feel that this process has no room for consideration of emotions. Complicating the issue is attorneys' reluctance to introduce an unknown and uncertain process into the works. Many feel that the process of incorporating a victim liaison could turn sour and victims could get upset. Correspondingly, Tammy must address the challenge of maintaining a client's interest in moving forward through completion of the process.

Twenty years ago victim rights were recognized as vital and necessary to the judicial process through legislation and the creation of Victim Witness Advocates (VWA). To address the rights of victims, the Federal Victim and Witness Protection Act was enacted in 1982 with subsequent legislation in 1990, 1994, 1996, and 1997. These laws apply to all victims and witnesses of federal crimes who have suffered physical, financial, or emotional trauma. States also have created legislation to protect the rights of victims and witnesses. Based on a declaration of victims' rights, this legislation resulted in the creation of Victim Witness Advocate offices. In addition, the legislation proposed several ways in which the judicial system can better provide victims access and participation within the process. Even with this historical movement, judicial needs of victims are still neither uniformly recognized nor adequately addressed.

In Tammy's model, victims become clients. By serving as a consultant through the defense team, she has gained an entry point to become an independent advocate for victims in the judicial process.

Although this strategy builds visibility, it can limit scalability. To address this, Tammy worked to enhance her strategy using a mentorship with Ashoka Fellow David Erickson. Tammy and David discussed the best way to reach her audience to effect the most critical change. They found that the best use of her time going forward would not be working as a liaison, except on cases of high national priority and visibility. She would begin training others and handing cases to those whom she trained. In the first five years of her program, Tammy worked on 26 cases. Last year, Tammy handed over 27 cases to her trainees.

The JustBridges victim-liaison training model is an intensive five-day training where participants are taught about trauma and specific skills that liaisons need for their work. Another important piece of the training is evaluating participants' skills and the reasons for their interest in the work. To maintain an ethical foundation for the work, Tammy ensures that those who continue with advanced training understand that the work revolves around the needs of the victim and not around anti-death-penalty advocacy. Once a participant has successfully gone through the first phase of training they are invited back to a second, more-advanced phase.

The third critical piece to Tammy's strategy is convincing U.S. attorneys that the victim-based liaison approach is essential to the judicial process. Under the guidance of the Administrative Office of the U.S. Judiciary in 2003, Tammy began training U.S. attorneys at conferences. This year, Tammy has conducted two trainings in Baltimore and Atlanta for 127 U.S. attorneys, presenting her ideas about restorative justice. Tammy will host five more trainings this year to U.S. Attorney Offices across the United States. Tammy has crafted a strategy to present to each of the 93 offices within the next five years training for victim liaison work. By training attorneys to change their viewpoints and incorporate Tammy's work into the judicial process, Tammy is exponentially increasing her potential impact and delivering her expertise to those who are most suited to implement it–defense attorneys.

To make her model truly effective, Tammy has begun to educate not only the public but also the judicial system about the needs of victims. Over the past three years Tammy has spoken at dozens of national and state conferences for the defense community. In the coming year Tammy plans to speak with judges about her victim liaison work, and engage law school and social work students in changing the mentality toward victims in the judicial system.

As the youngest of three children, Tammy grew up in a typical middle-class home where her parents constantly challenged her to question the status quo. As a volunteer, she demonstrated many times not only that she was committed to social justice and helping others but also that she was a leader. And when she decided to attend Eastern Mennonite University's Conflict Transformation Program to study the relational aspect of the victims of crimes, she had her epiphany. While there, Tammy served as a graduate assistant to Howard Zehr, the "grandfather" of the restorative justice movement in the United States.

While working with Zehr, Tammy was asked to work on the Timothy McVeigh case–to put into action much of what she had studied and hypothesized about victims' rights. The defense attorneys in the McVeigh trial had asked for someone to serve as a liaison between themselves and the larger victim community. Tammy took the lead and began the work that served as the catalyst for JustBridges.