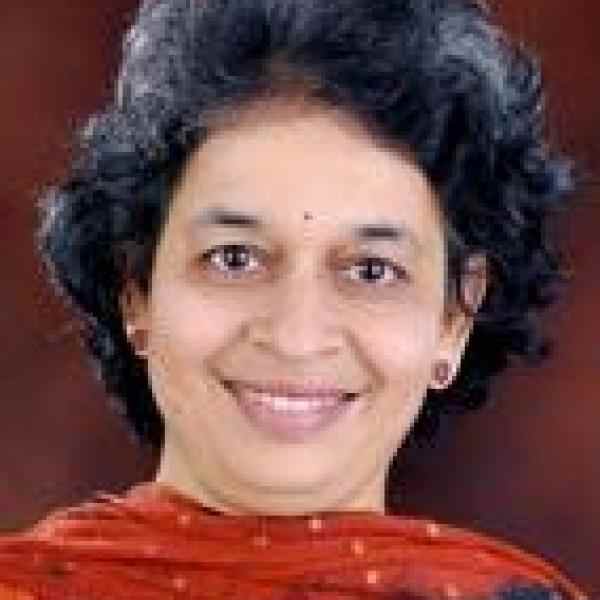 Svati Bhogle has created a distribution system to counter the inefficient use of cooking stoves by street food vendors in India; enabling them to easily own fuel efficient stoves, save money on fuel, and earn a better profit. Built on ecological considerations, these improved stoves not only increase their income, but ensure better health conditions for vendors and their consumers.

Svati has built her model based on her belief that technology alone is not enough to improve livelihoods. She realized that in order to ensure improved technologies reach scale, there have to be systems that incentivize each stakeholder in the value chain to build an effective distribution network. Svati encourages a financial outlook among the street vendors; envisioning a substantially reduced fuel bill and a fumeless environment. On the other hand, for banks it becomes a viable business proposition to extend credit to an otherwise un-bankable group of informal street vendors. A 40 percent savings on fuel bills enables them to repay their bank loans in fifteen months while their earnings dramatically increase. Svati replaces hazardous and unsafe traditional stoves with safe, smokeless and environment-friendly ones, while ensuring vendors sustainability and profit. In 2009 Svati founded Sustaintech Private Limited to promote the rapid adoption of fuel-efficient and environment-friendly cooking stoves across rural and semi-urban regions in India.

In India, close to 70 percent of the population relies on solid fuels to meet various energy needs (World Energy Outlook 2007-IEA “China and India Insights”). Close to 30 percent of this comes from biomass (India’s Integrated Energy Policy, 2005). Though India is a fast growing economy with a serious energy crisis, access to thermal energy has not gotten the attention of policymakers (with electricity generation taking most of their time and resources). Thus, there is an obvious void in the enabling mechanisms for ensuring sustainability of rural livelihoods.

Small street food establishments that provide services from forty to one hundred individuals in rural and semi-rural areas face the three-pronged problem of not having access, both financially and in terms of availability, to liquefied petroleum gas (LPG) and having to incur the costs of large amounts of biomass required to run their relatively inefficient stoves while dealing with the associated health impacts that inefficient, outdated stoves generate. Traditionally, street food stove manufacturing is unorganized and done in small shops without quality or safety standards. These stoves use open fire and do not have smoke ventilation systems, contributing to India’s high incidence of respiratory ailments, especially for the vendors and their customers.

A survey limited to the states of Karnataka and Kerala in 2000 showed that there are nearly 50,000 small businesses using biomass as their thermal energy source. A survey carried out for Sustaintech in 2009 shows that there are about 200,000 street food vendors and roadside kitchens in Tamil Nadu alone that require energy reform. They typically use between 5 to 100 kg of biomass per hour and operate for 150 to 330 days a year, for nearly ten hours a day. The rising cost of firewood is eroding the profitability of the rural processing operations: The street food vendors were shown to be spending up to Rs. 30,000 (US$500) annually on firewood with a monthly take-home income of around Rs. 7,000 (US$117).

Burning wood in street kitchens creates CO2 and other greenhouse gases. Establishments, based on size, generate between 20 to 80 tons of CO2 a year. This considerably small amount multiplied by the street vendors at a national or global scale, significantly contributes to climate change. Producing such large carbon emissions, street vendors have no financial incentives to bring emissions down and have no access to carbon credit markets.

A survey conducted by Sustaintech also shows that 38 percent of street food vendors and tea shops use kerosene for their cooking needs. Very limited kerosene is available in fair-price shops but is inadequate. Often the sector uses unfair means to procure kerosene, which creates stress and tension besides eroding profitability. Moving to a biomass stove would reduce the stress associated with the procurement of kerosene, improve business profitability, and show that it is possible to replace a fossil fuel with a renewable energy source.

Based on the premise that “Clean energy is possible for the poor,” Svati has designed stoves that warrant a shift from fossil fuel and firewood to biomass. The biomass cooking stove is an application-specific high efficiency stove specifically designed for a range of street food vendors cooking needs, operating on push carts or railway platforms, roadside shops, and small restaurants. It saves fuel costs by 40 percent through high combustion and heat transfer efficiency; it is smokeless with an attached chimney that vents fumes away from the breathing zone. Thus, it provides a safer, cooler and healthier working environment and, importantly, prevents burns while offering a fume-free eating environment to customers.

Sustaintech is involved from the early stages of this work. It outsources the fabrication of the stoves to a central manufacturer while a rural entrepreneur assembles them locally before the units arrive in the vendor’s kitchen. On both stages of manufacturing, Sustaintech ensures that strict quality controls and standards are followed. Sustaintech starts its marketing in the area by identifying leading street food vendors and installing demo stoves for them followed by promotional activities by the Sustaintech sales team. The bank pays Sustaintech directly and the local sales officer delivers the stove to the street vendor without a down payment. The vendor begins repaying from the saved cost on fuel on a monthly basis; in the process vendors learn about savings and banking, and book-keeping for their business. The Sustaintech team assists vendors to open bank accounts. As the vendors start saving 40 percent on the fuel, half is repaid to the bank. After repayment of the first loan and financial credibility is established, vendors may apply for a second loan to improve their shop. In this way, the purchase of the stove becomes a first step to building a sustainable business supported by the banking system.

As the initial investment into the energy efficient stove is a huge burden for a small vendor, the economic benefits of saving fuel and easy ownership makes it an attractive proposition for informal sector vendors to increase their earnings. Each year a vendor saves an average of Rs. 20,000 to 30,000 (US$333 to $500) in fuel. For resource-scarce communities this translates into Rs. 4000 million. As a result, the idea is catching on fast.

Sustaintech plans to sell 65,000 fuel-efficient stoves over their first five years. The environmental implication is enormous; with a projected stove-life of five years that offers a safer, cooler and healthier working environment to at least 65,000 vendors and 6.5 million people who are eating around them in one state. The carbon abatement potential of the venture through a five year period would be 3.7 million tons of carbon dioxide (1 kg of firewood is equal to 1.5 kg of CO2).

Meanwhile, Sustaintech has been able to attract venture funding from a European consortium of clean-tech investors worth US$260,000. Its preliminary funds came in mid 2008 when Svati received US$64,000, as part of the prestigious Ashden Award for Sustainable Energy innovations. Sustaintech also received an interest-free loan from Villgro, a social venture company founded by Ashoka Fellow Paul Basil.

With this initial success, Svati plans to expand her work to other states in India after some minor design changes to adapt for local needs. The pilot has already started in Kerala. Once sufficient scale is achieved, Svati is considering connecting her venture with the global carbon market to enable her to distribute the stoves free-of-cost to street vendors since carbon credits will cover each stove’s production costs, including Sustaintech’s overhead.

After completing her master’s degree in Chemical Engineering from IIT Bombay in 1981, Svati joined Hindustan Lever Research Center as part of the team that conducted research on personal care products. She realized that to make a difference for the rural poor she needed to be in the technology research domain. Eventually her interest shifted to designing and developing appropriate technologies.

Inspired by her grandmother to be independent, during her childhood Svati worked toward increasing other people’s independence. While at IIT, she brought the nearby sex-workers to operate the hostel, as an initiative to rehabilitate them into mainstream society. Svati also campaigned for gender equality and against a no-entry rule for boys into girls’ hostels. To this day, IIT Bombay is the only IIT in the country where this rule does not exist.

In 1996 Svati joined Technology Informatics Design Endeavour (TIDE) established by Ashoka Fellow Dr. S. Rajagopalan in 1993. TIDE was created to promote sustainable development by bringing appropriate technology to the people whose health, economic, and social situations could be improved by it. With TIDE, Svati developed and implemented over a hundred projects on efficient energy and the environment, and her approach covered different aspects of the innovation process, from idea generation and technology development, to participatory rural processes for innovation acceptance. In 2000 Svati became a director at TIDE.

After bringing TIDE to significant scale, Svati expanded her work through her own organization, Sustaintech, to directly address the needs and demands of millions of stove users in India.