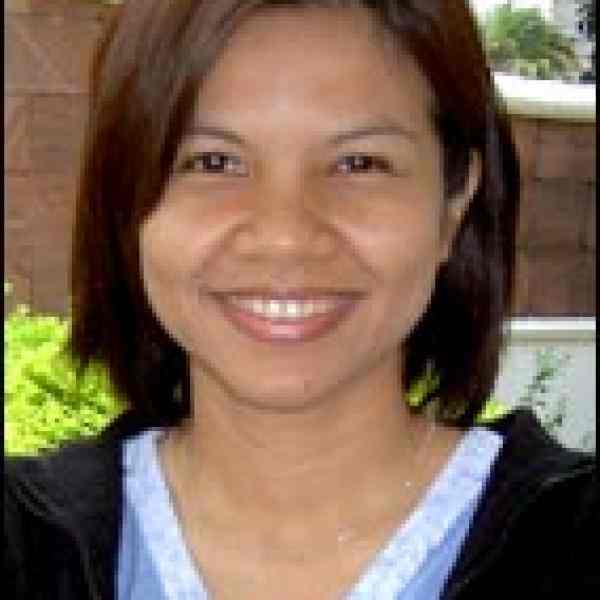 Campaign for Popular Media Reform (CPMR)
Although Thailand’s new constitution overturned in principle the state monopoly on mass media broadcasts, in practice the government and military continue to enjoy almost total control of the…
Read more

Although Thailand’s new constitution overturned in principle the state monopoly on mass media broadcasts, in practice the government and military continue to enjoy almost total control of the airwaves. In response, Supinya Klangnarong spearheads a national campaign for electronic media reform, using research, policy advocacy and public lobbying to put the production of radio and television broadcasts within the reach of the common citizen.

Supinya Klangnarong exploits an important provision in Thailand’s new constitution to provide the citizens of her country with unprecedented power over television and radio broadcasts. Her Campaign for Popular Media Reform is the primary engine driving change in Thailand’s electronic media; Article 40 of the nation’s constitution is the fuel for that engine. Article 40 states that radio and television frequencies are national resources for the public interest. Supinya interprets this to mean that communication is a resource over which every citizen has a right to exercise a degree of control. In her interpretation, people are no longer just “targets for marketing, controlled by advertising and the political powers-that-be.” Rather, they have the right to produce as well as consume; to be seen and heard, as well as to see and hear.
Supinya’s work makes effective connections between laws and institutions, individuals and principles, public resources and the wider society. She quickly grasped the opportunity presented by the new constitution in 1997, and within three years she helped push through a law bringing home the democratic potential of Article 40. Knowing the crucial difference between written law and practiced law, she campaigns vigorously to see that law enforced. She has also seeded the rapid growth of a nationwide network of community radio stations, positioning it as an entry point into all forms of popular mass media.
Once her major struggles for policy change and media regulation are won, Supinya—once a television producer—hopes to focus on the production and broadcasting of new media. She looks forward to nurturing the natural progression of grassroots media in Thailand from local to regional, and regional to national; from radio to television and beyond. Her success lies in the words of the people who find their voice and audience through her programs.

Mass media in Thailand have been subject to a state monopoly since they were introduced. For the 70 years that Thai citizens have listened to the radio, for the 50 years they have watched television, all broadcasting has been controlled by the government. Civilian agencies accounted for roughly half of mass media production, and the military provided the rest. Although stations are now technically in the hands of private companies, the state only allows broadcast licenses to a tightly controlled group of political allies. While the rich can now access satellite television and the Internet, most people face a much simpler choice: tune in to government-dominated media, or receive no media at all.

Predictably, state-managed broadcasts project a narrow and one-sided version of national identity and daily events. Television broadcasts consist overwhelmingly of entertainment programs, and what news reports there are deal mainly in fear, condemning established enemies like Muslim separatists, illegal Burmese workers, or amphetamine dealers. Radio shows are many but not diverse, confining themselves to mainstream topics, coaching guest speakers to support conservative opinions, and cutting off provocative interviews.

While the 1997 constitution offers foundations for change, it does not make change by itself, and the obstacles to genuine reform are many. Bureaucratic divisions like the Department of Public Relations see citizen media projects as a threat to their power, and have resolutely opposed such projects from the start. Corporate broadcasters protect their monopoly over broadcasting rights from grassroots competition, working with government authorities to ensure carefully managed transfers of television and radio licenses into their hands.

Despite the clear benefits of democratic television and radio, citizen sector organizations have been slow to offer their support. This is partly because these groups see media reform as a difficult and technical field, but mainly because media falls outside the traditional priorities of Thai progressive movements. They have focused for years on issues like citizenship for stateless hill tribes, land for embittered farmers, and legal status for frightened refugees. The right to communicate advocated by Supinya has still not gained the popularity of more established rights. Media professionals, too, have resisted participatory media projects, holding on to the opinion that they alone are qualified to produce television and radio programs. Most troubling, citizens who grew up with state-controlled media often doubt their ability and right to make media of their own, all too often preferring to watch and listen in silence.

Supinya endeavors to support and spread democratic media in Thailand on two major fronts. She works on a legislative front to capitalize on the promise of Article 40 and establish a firm network of regulations to protect and nurture small-scale media. As political support for independent projects grows, she works on a second front to promote the development and production of new radio and television.

Her efforts began with the passage of a new democratic constitution in 1997. She had left commercial television a few years before, and was working in the social sector, nurturing a passion for media reform. When Article 40 became law, Supinya seized the moment and formed a coalition to ensure that the law met its full regulatory potential. Her team of academics and media professionals successfully obtained three seats on the drafting committee that would codify the article. Supinya backed them up with three and a half years of intensive campaigning, lobbying members of Parliament, holding press conferences, and running dozens of demonstrations and meetings. In 2000, her hard work paid off with the passage of the Wavelength Regulator Act, requiring two separate regulatory agencies for broadcast and telecommunications, and reserving fully 20 percent of the media broadcast spectrum for popular media.

With the law in place, Supinya has turned her attention to its implementation, and to strengthening the organizational arrangements that brought this initial success. Where in 1997 only a handful of citizen groups were working on public media, now over 40 came together behind Supinya to found the Campaign for Popular Media Reform. The campaign quickly recruited a solid core of television and radio professionals. Many of these experts were once skeptical of popular media, but now use their technical skills and their knowledge of broadcast industries to support new media productions and legal reform.

Supinya’s programs now extend beyond the standard reach of popular media campaigns. For instance, she founded a research initiative with the Ministry of Health to assess the time and attention that media devote to public health issues. She has also researched and publicized conflicts of interest between the telecommunications industry and government. As a result, the largest telecommunications company in Thailand—owned and managed by the family of the Prime Minister—has brought a lawsuit against her. The case is an additional burden for Supinya, but she has taken it as an opportunity to press her work forward, using it gain publicity and garner support from regional and international human rights organizations.

As her efforts in regulation and law carve out space for popular broadcasting, Supinya is keen to fill this space with quality programs. She starts with community radio stations. Since it first established the legal basis for community radio in 1997, the campaign has seeded the growth of a nationwide alliance of more than 150 local transmitters. The coalition of radio stations exchanges best practices, gathers and shares resources to support its members, and joins the Campaign for Popular Media Reform in its lobbying efforts. For its part, the Campaign defends station managers whose licenses are spuriously challenged by government authorities.

Supinya sees the Campaign for Popular Media Reform evolving into a resource center for public broadcasters, offering the skills and materials needed to produce high quality programs that are useful, engaging and pertinent for the viewers. She looks forward to the challenges that this stage of the work will pose. For Supinya, it will mark not only a satisfying return to her occupational roots, but also will signify that her long struggles for laws, regulators, and licenses have finally made her country safe for participatory media.

Supinya Klangnarong has been involved in television broadcasting since her school days. Innovative news reporting inspired her to study mass broadcasting at university. Afterward, she worked as producer for an award-winning youth and environment program, traveling the country and reporting fearlessly on conflicts over natural resources. When she broadcast the stories of people affected by a hydroelectric dam, she was accused of bias by the electricity authority on the grounds that it had not been offered a right of reply. Her program was cancelled soon after. She was dumbstruck: the affected communities had never been offered a right of reply by mainstream media, but now she was condemned simply for airing their views. Supinya resolved to challenge the censorship of alternative voices on the airwaves. She moved to a mainstream channel and turned a conventional news program on its head, broadcasting stories of street workers, homeless people and poverty. The program was quickly dropped.

Her idealism had taken serious blows from these experiences, but they gave Supinya insight into the issues that lay behind the camera. She chose to leave commercial television for the social sector, helping the Thai Volunteer Services foundation to publicize its message on social development. It was a leap for her: although Supinya had felt disappointed by her experiences in television, she had always imagined herself as having a career in the industry. She also knew that her family would question her decision, would see it as a step backwards professionally. Still, she valued her integrity dearly, and knew that she would not be able to uphold it from within the mainstream television industry. Since then she has pushed tirelessly for alternative media, using her legal knowledge and media expertise to help thousands of citizens secure and exercise their right to communicate.