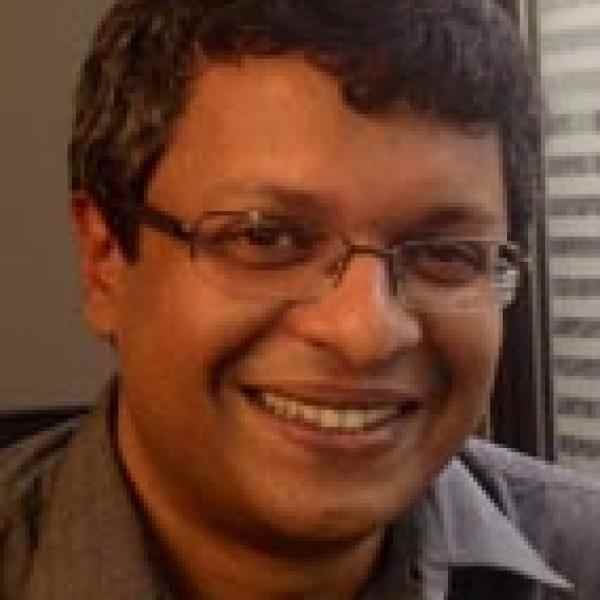 India
The Centre for Internet & Society

Sunil Abraham is providing web services and products that are affordable and effective for the Indian voluntary sector. His work, based on "open-source" sharing of programs, enables citizen organizations to effectively use the Internet in the areas of fundraising, networking, advocacy, and knowledge management. The nature of open-sourcing also permits a natural replication process because of its inherent accessibility to new users, and Sunil has initiated networks at the local (Bangalore), state (Karnataka) and federal levels.

Although information technology (IT) is generally associated with the highly profit-oriented software/hardware companies and expensive equipment, Sunil Abraham aims to make IT compatible, accessible, highly useful/pertinent, and inexpensive to the Indian voluntary sector with its comparatively limited financial resources. He sees the potential for the Internet to promote a democratic flow of knowledge and information; to provide an effective platform for citizen organizations to share resources and ideas, support each other, and actively address common concerns together; and to reach out to the vast Indian public and greatly increase domestic and public funding of the Indian voluntary sector. He says, "We will ensure that technology does not become a bottleneck for organizations wishing to exploit the global potential of the new media." Thus Mahiti, Sunil's web-design and technology organization, offers new and practical tools to bridge the growing digital divide that has often excluded the average Indian citizen organization from the use of expensive patented programs. His program capitalizes on the success of Linux, an increasingly popular computer operating system characterized by open source coding, which allows individual users to access programming codes which are normally restricted in commercial software production. Mahiti has designed, for example, knowledge management software which works on a Linux platform. Mahiti will be distributing the software free from its web site, or, for Rs. 200 (US $4.78), an organization can purchase a CD multimedia training module; the commercial equivalent would cost the organization more than Rs. 200,000 (US $4,786). Moreover, they will be giving away the source code to any software developer to solicit feedback and suggestions to fine-tune the software and add extra features.Individual organizations will be able to modify the software to suit their own needs after receiving training from Mahiti. Sunil explains, "We can build customized products: for example, an inventory management system at the Association for the Physically Handicapped, a Rag Picker profile management system for REDS [Ragpickers Education and Development Scheme], or an online documentation retrieval site for the Center of Education and Documentation." Mahiti can also easily implement different Indian language fonts on all the applications used by its clients, thus enabling diverse citizen organizations to communicate more easily with each other.

Although some citizen organizations have access to e-mail and web servers, most do not. While Internet access costs are dropping dramatically, without the training in how to use this technology, many citizen organizations will be unable to capitalize on this new resource. If unattended, this will widen the gap between "have" and "have not" citizen organizations. In Sunil's words, "Patents have taken the concept of private property to the realm of information and knowledge, and have driven software prices to very high levels, leaving the average Indian voluntary organization stranded in the digital age."

Sunil will use the Internet to address a multi-layered information problem. The first layer is the cost and language constraints that bar the voluntary sector from accessing information technology- whether that be appropriate hardware, appropriate software, connections to Internet and e-mail, or training. For-profit companies are uninterested in creating web products for the voluntary sector since much more lucrative projects are available the commercial sector. Furthermore, the Internet and the IT sector are highly English-biased. Little attention is given in India to incorporate Indian languages into IT. As a result, only a small minority of Indians can even understand the information that is currently available on the Web. Sunil's analysis of the problem points to a powerful knowledge hierarchy that increasingly distances the "knows" from the "know-nots". In short, the information age reinforces pre-existing power structures and creates yet another barrier for the resource-poor to contend with.

This specifically IT problem comes on top of a more general voluntary sector problem. Firstly, geographical, language/communication, financial, and other issues have led many voluntary organizations to remain rather insular in their work and approach. Despite the size and impact of development activities in India, sectoral networks remain weak and disorganized. In addition, little has been done to establish positive and informative public profiles, so the general public neither knows nor understands the voluntary sector. The voluntary sector is overlooking tremendous opportunities to maximize its impact on sustainable Indian development through intra-sector networking and India-wide public fundraising. Sunil relates his use of open source coding to these problems: "Open sourcing should not be understood as purely a software phenomenon. Institutional memory and learning is weak in the Indian voluntary sector. Valuable resources are wasted as individuals and organizations repeat efforts and errors in re-inventing the wheel. The culture of open source will promote sharing of knowledge resources across the sector and will promote effectiveness and best practices."

Sunil operates within a framework that includes both the citizen and the technology sectors and strengthens links between them. First, he concentrates on providing Internet access and innovative web-products geared towards the Indian voluntary sector, followed by training/knowledge sharing for effective Internet usage. He has created training modules that are regularly employed with users who will be encouraged and supported to replicate the process by becoming trainers in their own right for new users within the same organization. To date, he has provided fifty voluntary organizations with connections for e-mail, thirty organizations with free web pages that can be updated by the clients themselves, and has designed over ten applications according to the needs expressed by voluntary sector clients.

For example, thanks to Mahiti, several citizen organizations are now able to use e-mail in Kannada, an Indian language. Mahiti has created software for field monitoring for Mahila Samakhya, an organization working with barely literate village women. The sahayoginis (women field level workers) do data entry in Kannada using menus also in Kannada. Mahiti also has prepared one web-site in Kannada and Sunil expects that Mahiti will undertake this type of work even more in the future due to the increased demand that Mahiti's initial work has generated. Sunil says that the task of implementing Indian language fonts on web sites and applications is the easy part: "The biggest hurdle is the lack of standards, and we are networking with other organizations to lobby for a standard like ASCII for Indian languages."

Within the IT sector, Sunil will work to build bonds that allow for information technology sharing, development awareness, volunteer work, and donations of funds and equipment. Currently, Mahiti requires that client citizen organizations already possess the necessary computer hardware. Although some IT industries in Bangalore are willing to donate somewhat old, but still usable computers to citizen organizations, this process requires aggressive facilitation since the computers were imported for the specific purpose of software development. To donate them requires some changes in legislation that Mahiti is actively working to encourage. Sunil will also continue to work with the IT and voluntary sectors to promote the use of Indian languages on-line for web sites and e-mail and in software development for databases, management systems, and documentation

Getting IT professionals to work with the citizen sector is a challenge. Commercial jobs are lucrative and young professionals do not always show the commitment to work for low salaries. However Sunil has been taking young people and providing them field orientation and training. After some time when their market value goes up, they leave Mahiti to be replaced by new "inexperienced" but talented young people. Recently, however, with Mahiti's increased recognition, many established professionals are becoming increasingly willing to volunteer a part of their time to Sunil's project. He finds that the "software community in Bangalore are a fun-loving but idealistic lot, and it is becoming easier to convince them of the importance of our work." Mahiti has recruited volunteers ranging from to a top consultant to ordinary web professionals; international volunteers include an author of books on Oracle who gives them technology and business inputs, a system designer in England who reviews design documents, a programmer in America who reviews code and security issues, and a consultant in Bangalore who provides advice on user interface.

Sunil has demonstrated an ability to anticipate the future in the fast-changing Internet field and to update his approach. When Mahiti first started, for example, e-mail was a core income-generating device for the organization. When commercial providers dropped their prices the next year, Mahiti responded by providing free e-mail connections and focusing on web applications. Its use of Linux is another example of Sunil's flexibility: though the organization began with a Windows NT platform, when Red Hat, Inc. made Linux easy to install on desktop computers, Mahiti switched to the latter and now takes all new projects on the more open platform.

Sunil and Mahiti will address voluntary sector networks as well as public development education and fundraising through portal web sites and super sites. One such site, Bangalore Cares, is up and running with a focus on public fundraising within Bangalore; it is the project of a joint venture between Mahiti, Murray Culshaw Advisory Services, and Rotary Club International, and its print directory was launched in December 1999 under the auspices of the Karnataka Minister of Industries. It was funded in part by corporate and voluntary organizations in Bangalore. ActionIndia, an all India public-profiling site which has been renamed India Cares, is a similar joint venture which will become fully functional when funding is completed. Mahiti is determined to raise Indian support and has had initial fundraising meetings with a long list of firms in India's technology community. It is currently working on finalizing its design and creating a demo site. A third site, Karinet, is aimed at Karnataka-wide citizen organizations and government organizations. Sunil has also found a group to support and publish a guidebook for voluntary sector Internet use which he will author.

Sunil describes himself as having always "had an entrepreneurial mindset." He grew up in a family whose history of social activism has greatly shaped his own character and values. He readily refers to the socially conscious stories his father, a dalit writer, told him as a child. Even before choosing to take his engineering degree to the voluntary sector, Sunil had demonstrated his own commitment to social causes through his involvement and leadership in student and church groups such as the Student Christian Movement and Students for Peace which provided secular platforms for students.

He is highly competent to carry forth his Internet idea - and not simply because of his technical engineering and industrial production background. His keen sense of direction is evident from his experience with computers. Sunil has never taken a computer course, is an entirely self-taught computer programmer, taking a non-traditional path all the time. His creative streak is evident from his successful collaboration with NID graduates to create Scene Designs, from his own graphic design work within Mahiti, and even from his approach to problem solving as the leader of the Mahiti information technology team. At a very young age, Sunil shows exemplary commitment and clarity with respect to his idea for radically transforming how IT and the Internet can be used by the voluntary sector and eventually the general public in India.