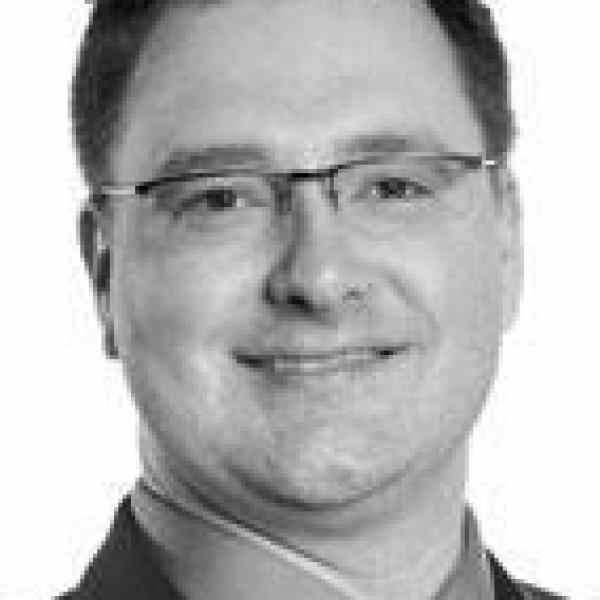 Steven Clift’s E-Democracy.Org is leading the way to healthier democracy by using the Internet for local discussion and citizen participation. While much of civic interaction gets lost in today’s hectic and attention deficient culture, E-Democracy.Org restores citizen involvement through accessible “any time” technology that encourages dialogue and collaborative action.

Steven Clift has succeeded at creating the equivalent of local town halls for the online world. Multiple contemporary barriers impede participation in politics and the citizen sector, resulting in feelings ranging from confusion to powerlessness to distrust. E-Democracy.Org achieves the impact of community meetings more conveniently, less expensively, and by reaching more people. An online “Issues Forum” gives members a place to meet and discuss their common interests; over time, community leaders emerge from such discussions. Next, the multiple possibilities offered by online and in-person communication facilitates neighbors and non-neighbors getting to know each other. This strengthens the sense of community and responsibility necessary to meet public challenges collaboratively. E-Democracy.Org also reestablishes two-way communication between local voices and political leadership. While online communities and online political action have both grown tremendously in the past 5 years, no other site aims to encourage local political participation and non-partisan discussion in the same way as E-Democracy.Org and its online home, www.e-democracy.org.   The benefit of a virtual common space for community action is that it connects local people in rules-based civil dialogue on issues of importance to their community. In this “virtual common space” people do not always agree, but their opinions are aired and often lead to constructive actions and shared agendas among people who have never once met in person. E-Democracy.Org provides active citizens around the world with a trusted, user-friendly and democratic set of services to improve local democracy for the benefit of all. Building on the base established by local E-Democracy.Org volunteer committees “Issues Forums”, Steven has created a way for democracy to thrive, through accessibility and ease of participation.

Participation in public life, in local democracy and civic affairs, is in a serious decline. From time pressures experienced by two income families to a growing cynicism about government and politics, local communities face a fundamental threat to their ability to meet public challenges via democratic processes and participation. Being at a certain place at the certain time is necessary to be an effective active citizen in local affairs. With today’s busy work and family schedules, traditional “democracy” isn’t readily accessible. The reality we experience from shopping around the clock to watching television on-demand or downloading music to our iPods, is dramatically different and far more accessible than engagement in public life.Participation in public meetings is declining, membership in national voluntary associations with local chapters is as low as Depression-era levels, and the number of people who claim to have ever contacted an elected official is falling. A significant 76 percent of citizens say they don’t have the time to be involved in their communities as much as they would like. The massive drop in voter turn-out in local elections compared to national elections (falling globally as well) is a sign that something must change.With greater and more effective citizen involvement, comes increased trust in society and our ability to solve problems through our public institutions and processes. On the technology side, “competitive politics” dominates online. This is more likely to tear us apart than bring us together. Whether it is online “astroturf” activism generating a large volume of electronic messages to elected officials or often anonymous inflammatory political comments, online discussions are rarely constructive. While politicians may raise money online and political interests engage in advocacy, non-partisan, civic-sector initiatives that bring people together from diverse backgrounds and with differing political views are essentially non-existent. Online tools of this kind can spur effective information-age citizenship, helping people to make their small corner of the world a better place for their family, neighbors and community.

E-Democracy.Org has created a forum launch and facilitation process that is “by and for the people.” Any citizen with access to the Internet may register and discuss issues affecting their local community. There are no fees, no membership requirements and no one is excluded based on political ideology. The process is designed to connect users with their peers and to organize and manage thoughtful civic discussions.Once registered, E-Democracy.Org participants can initiate or enter discussions on local concerns. The discussions are facilitated by someone versed in E-Democracy.Org’s rules and practices for citizen engagement. This approach is preferable because it provides enough structure to prevent vacuous discussion but it does not limit the content in the local scope of a forum’s charter. Another distinction is that unlike most online communities, E-Democracy.Org requires participants to use their real/legal names. This break with Internet tradition is intentional. Steven has established protocols for using the site, and using your real name is a deterrent to inconsiderate posts. It builds trust among participants in the forums to be identified as a community member and not as a character created on the Internet.There are a number of ways to access the online discussions and plans. Comments posted to the site are emailed to participants, like an e-mail list as well as posted on the website. E-Democracy.Org provides digests of discussions so those who have not closely followed the dialogue can get caught up and quickly engage. To avoid one perspective during a discussion, participants are limited to two postings in a 24 hour period. This, combined with effective facilitation, ensures variation and meaningful exchange.E-Democracy.Org utilizes open source GroupServer technology for its platform in localities in the U.S., the U.K., and New Zealand. For this, PoliticsOnline has nominated E-Democracy.Org as a finalist among the “Top 10 Who Are Changing the World of Internet and Politics.” In the U.S., people in small towns like Winona, Minnesota and larger cities like Minneapolis have used the technology to discuss matters of education, crime and safety. In England, East Londoners discussed the building of the Olympic stadium and citizens of Brighton &amp; Hove brought the issue of water shortage to the public agenda. Citizens reconnect with each other through online forums, but also with local elected officials; on their site or by more traditional means. The presence of elected officials enriches and adds value to the discussions, making it easier to shift ideas discussed to concrete reality.The effects of E-Democracy.Org may be difficult to measure because they do not immediately result in visible protests or spikes in voter turnout. However, since the goal is to strengthen local civil society, sustained and growing participation functions as a reasonable measure. E-Democracy.Org meets this benchmark for success as thousands of people use Steven’s platform. Steven plans to increase that number one hundred-fold, as each new participant pushes the model towards its inevitable tipping point. Most importantly, Steven’s platform ensures that this movement rests in the hands of ordinary citizens, not commercial, government or partisan interests.Now that the platform and protocols are tested and successful, Steven will foster local E-Democracy.Org committees as the next level of support for enhancing local democracy, neighborhood involvement, and citizen engagement online. The local Issues Forum is only the starting point with many locally built online tools in development. These associations’ participants retain the nonpartisan, locally linked and privately supported feel of E-Democracy.Org. An association makes it possible for people to “link globally and act locally.” Leveraging the global network of local people in one locality will connect them with people facing similar issues in another community across the country or around the world. This exchange will add another dimension and have an increasing impact on local politics, leading to a national and international shift in what civic participation means to individual citizens.

Steven, the oldest of three sons, was raised in Winona, Minnesota by his mother and father. When Steven was 17 his father died. He felt a huge sense of responsibility for his family and a greater appreciation for how fleeting life can be.Steven would often climb the Mississippi Riverbluff near his home for perspective and clear his mind. From his vantage point above the town, he appreciated our social interconnectedness and imagined bringing people together to shape the future.While studying at the University of Minnesota he realized that larger cities and other regions were less civically connected than his hometown, and citizens seemed less engaged and community spirited. He became passionate about how to “e-connect” local people with each other and to issues of importance. This passion and his Masters coursework in Public Affairs led him to communications technology rather than pursue a partisan political career.Steven served for 4 years in Minnesota’s Office of Technology before launching out on his own as a social entrepreneur to support his volunteer efforts through public speaking and consulting in 26 countries. E-Democracy.Org remains his first and primary effort in the area of online civic participation and local politics. In addition, he is the proprietor of DoWire.Org; a blog and e-mail newsletter converging democracy and the Internet. On Publicus.Net Steven outlines his work, consultancies, and projects on issues of e-democracy in government and the community.