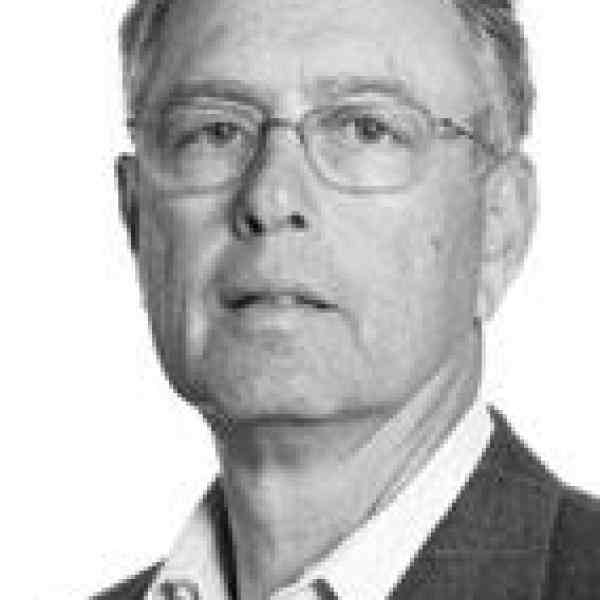 Steve offers the unemployed poor four to twelve months of intensive professional training for careers in information technology, customer and financial services, administrative support, accounting, and operations. All participants also take courses in basic skills, personal empowerment, and professional conduct, supported by staff and one-on-one sessions with a personal coach. Using market forces and results-based funding, Steve has aligned the incentives of each actor within the system. The unemployed and underemployed are offered a real opportunity for living-wage employment and an escape from poverty. Government is provided with a fiscally responsible, results-based way to invest in job training and poverty reduction. Business benefits from a diverse talent pool and a skilled workforce.

Despite the billions of public dollars spent each year on job training and anti-poverty programs in the United States, poverty levels remain relatively constant. Today, roughly 10 percent of the American population lives below the poverty line. According to the U.S. Census Bureau, there are currently thirty-two million Americans living in poverty compared with only twenty-five million twenty-five years ago. While 24 percent of the black population and 23 percent of the Hispanic population live in poverty, only 9.8 percent of the white population lives in poverty. In 1974 the levels were not much different, with 8.6 percent of the white population living in poverty compared with 25 percent of the Hispanic population and 30 percent of the black population. Public assistance and nonprofit job-training programs are based neither on incentives nor accountability. Federal grants eventually reach over one hundred sixty different job-training programs, funded largely for their ability to conform to set standards, not for their success in moving people into living-wage employment. Many of the welfare-to-work programs created since the 1996 Welfare Reform Act succeeded in raising earnings, but still not to the level of a living wage. Strategies designed to significantly raise incomes do generate higher costs–a cost that government is unwilling to bear on its own. While often in need of skilled employees, business is unable or unwilling to invest in individuals until they can be assured of skilled and hirable workers.Limits on spending prevent government from investing in long-term programs designed to deal with multiple barriers to employment and train individuals for living-wage jobs. Government ends up investing in less expensive short-term training that it cannot or will not hold responsible for results, namely for moving families out of poverty. In contrast, business would often be willing to invest in the long-term training of a potential employee based on a projected economic value, but is unwilling to invest in a high-risk individual with one or more barriers to employment (e.g., criminal record, low basic skills, history of substance abuse). In short, government cannot pay for the kind of programs that are needed, and business will not pay unless they can be guaranteed of results.

Steve has created a system that rewards results rather than process delivery, benefiting each actor when positive results are achieved. According to the mission of his organization, Twin Cities RISE!, "achieving results" means graduating participants into full-time, career-track positions that pay at least $20,000 per year plus benefits. To set his results-based incentive system in motion, Steve developed a rigorous and diverse curriculum encompassing professional skills training, personal development, and basic skills. Participants are enrolled for nine to eighteen months, spending twelve to fifteen hours per week in classes. While participants are expected to continue working, additional financial support is available for incidental expenses. Personal development focuses on basic academic skills, personal skills, and occupational skills, all identified by employers as important in hiring and promotion. The majority of participants is either not working or working for very low pay; half have criminal records; and at least two-thirds have substance abuse problems. On their first visit, they are given a tour of the facility and meet with a staff member. To qualify, clients must earn less than $20,000 per year and be able to read at a fifth-grade level. Courses on personal therapy are designed to help participants take responsibility for their own lives. Courses on computer software applications and keyboarding prepare participants for the rigors of office responsibilities and an occupational workshop assesses learning styles, interests, and personality. Each participant is also assigned a personal coach that works with them through their entire training process and their first year of work. Twin Cities RISE! commits to work with participants for the entire duration of the job search in return for a promise to work hard, stay drug free, abide by quorum, and agree to work for one of their customer companies for one year at full salary and benefits or to pay back the program for the cost of their training. The agreement is not designed to place unnecessary burden on the participants but is meant to protect the integrity of Steve's model. Each participant chooses an occupational focus, works to complete professional training, and works with Twin Cities RISE! to find full-time employment in a living-wage job.Steve structured the incentive system so that business and government are engaged as soon as Twin Cities RISE! succeeds in placing a graduate. Businesses pay placement fees to the program for each graduate hired and retained, creating an incentive for the organization to succeed at its stated goal. In recognition of increased tax revenue and decreased public subsidies, the state government provides business with a tax credit for each graduate it hires and retains, largely covering the fees paid to Twin Cities RISE! Business is motivated by the greater availability of trained employees and motivated to retain those employees for as long as possible. Government is motivated by the financial benefit of moving individuals out of poverty and into living-wage employment.

Steve was born in London, England. The son of German immigrants, Steve's mother lost both her parents to the Holocaust. Steve's father, a judge, lost his job when Nazi law forbade Jewish citizens to hold public office. A lawyer by training, Steve's father would later act as an assistant prosecutor at Nuremberg. Eventually settling in Baltimore, Maryland, with little more than their education, Steve's parents taught their five children to see life as a combination of meaning, challenges, balance, and rewards. Growing up, Steve continually sought out opportunities in which he could influence decisions that affected him. When his high school was split between the local school and a newly constructed school across town, the majority of students were disgruntled at having to move. Steve recognized an opportunity to create something new, and to shape his own school experience. Taking on the role of student body president at the new school was, for Steve, a meaningful challenge with tangible rewards. Continuing his involvement in student government and athletics, Steve went on to complete an economics degree at Franklin and Marshall College in Pennsylvania, followed by an MBA at the University of Pennsylvania's Wharton School of Business. Shortly after graduating, Steve began what was to be a twenty-four-year tenure with General Mills. Initially based in Baltimore and later in Minneapolis, Steve moved quickly through the corporate ranks. When General Mills acquired a new dairy and licensing agreement in the late 1970s, Steve was made president of Yoplait yogurt at the young age of thirty-one. Placed in charge of a new company with virtually no sales, Steve brought the company to a virtual tie for top market share by the early 1980s. In recognition of his success with Yoplait, Steve was appointed Executive Vice President at General Mills, eventually becoming one of two executives running the company's food division.At the age of forty-five, Steve left General Mills with no concrete plan of what he would do next. Steve took a year to himself to reconnect with his family and his community and to think about his options for the future. He invested in a few small businesses and became increasingly involved with the Minneapolis Initiative Against Racism. The relationship between race and poverty engaged Steve, who believes that racism is a combination of prejudice and economic power. Drawing on his corporate background, Steve became increasingly convinced that unemployed and underemployed people of color could be boosted out of poverty by meeting the needs of employers. He searched the local and national nonprofit landscape for a program that could consistently move poor people into living-wage employment, but saw only a new challenge. In 1995, Steve launched Twin Cities RISE! as a rewards-based incentive system, ultimately investing more than $100,000 of his own money towards its success.