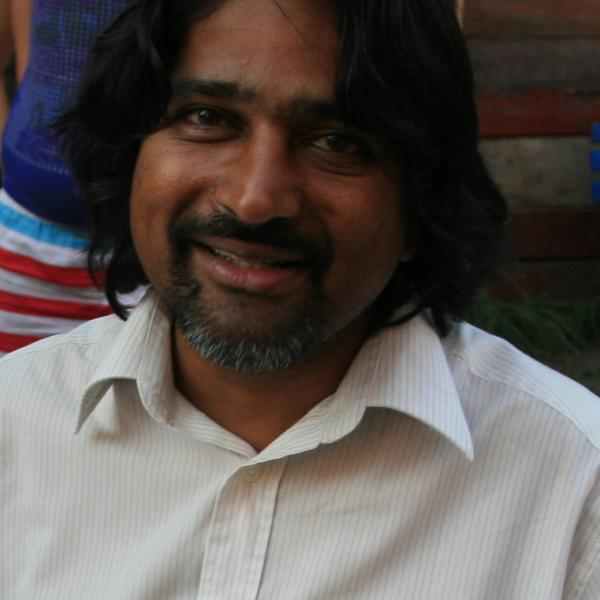 Sri Kumar Vishwanathan is bringing solutions to the severe housing problems in the poorest urban communities of the Czech Republic. By designing ethnically integrated neighborhoods, he offers adequate housing and a replicable, new model for peaceful coexistence among Roma and non-Roma.

Kumar’s Roma Coexistence Village offers a fresh approach to housing and poverty reductions in the Czech Republic as responsibility is placed in the hands of the poorest residents. In the city of Ostrava, Kumar is overcoming housing obstacles among poor urban communities while revolutionizing ethnically integrated living. His work prevents poor urban areas from getting trapped in a culture of poverty and apathy, and brings the plight of the Roma to the public’s attention through a broad coalition. Kumar brings stakeholders from all sectors together to design an integrated urban living space. Volunteers, charities, private owners of the houses, and the municipality form small task forces with the Roma inhabitants to build lasting communities that are sustainable. This collective process stimulates cooperation and mutual understanding, shifting mindsets and proving that Roma and non-Roma can coexist and participate together to solve their problems.

Urban stratification is one of the biggest problems to have emerged in Czech Republic and throughout Eastern and Central Europe in the years of political transformation. Although the formation of ghettos is not a new problem, the character of post-socialist transformation has meant that local communities are disintegrating at an alarming rate. The poor are increasingly living in isolated ghettoes without economic integration or opportunity. Once diverse, these communities have become segregated due to rising ethnic tensions between Roma and non-Roma throughout Central Europe. Housing patterns and urban planning reveal the dominant societal ideology and prejudice which is traceable over time. In the 1950s and 1960s a large number of Slovak Roma (were) resettled in industrial areas of the Czech Republic, and most placed in houses in city centers. The trend at the time was to live in block of flats considered modern in their design and utilities. When property in the historical centers plummeted after the Velvet Revolution, the Roma were moved, often illegally. At that time, organizations representing their interests were largely underdeveloped and incapable of providing relevant defense for their clients. Many Roma, together with other poor urban dwellers, were forced into internal migration and overcrowded houses. In addition, the liberalization of the housing market began. Many people could not afford to buy their homes and ended up in housing owned by private individuals or companies—many in poor urban quarters. Life in these neighborhoods is still marked by extreme poverty, and many families live without running water, electricity or heat. The separation between the Roma and non-Roma has grown and there is still no coherent government policy to combat prejudices in urban areas. While some “separations” exist only in the minds of the Czech public, in one infamous case, a wall was literally constructed around a Romani city quarter.The State expects that such problems will be addressed at the local level. However, locally-based efforts to overcome marginalization in housing, education, employment, and access to services often fail. Most municipalities refuse to co-operate in the improvement of these areas. In addition, most of the money coming from the center is used inefficiently. Because many activities do not deliver the expected results, they fail to engender feelings of responsibility. Many municipalities try to expel the poor them without really attempting to offer timely and effective help to them in overcoming social and economic problems. In the case of the Roma, some municipalities openly violate their rights. All this leads to expectations of failure, decreasing civic responsibility among the residents and ultimately a breaking up of the communities. Little effort has been made to bring together all the stakeholders (Roma, the State bodies, the local bodies, the EU, private business and community organizations) to develop effective solutions. A general apathy in these areas also plays an important role, since many people believe that there is actually very little chance to change the situation. The constant failure to take responsibility and inability to see that situations can improve creates a vicious cycle with no winners.

Kumar’s strategy involves creating change on two levels. On a basic level, he helps poor urban dwellers, many of them Roma, to attain adequate housing. More importantly, however, Kumar’s work builds communities that can overcome ethnic prejudice. Kumar realized that the only way to break apathy and inaction is through active participation of various stakeholders that gradually builds trust. In the late 1990s Kumar lived with Roma who had lost their homes to floods and lived in porter cabins that were meant to be temporary but became permanent. The Roma have expressed the desire not only to live in adequate housing, but also to live together with the non–Roma in integrated communities. By working closely with them, Kumar managed to slowly change their perception, gain their trust, and prove to the authorities that the Roma can live in a fully integrated way with non-Roma. A simple community program of cleaning toilets and planting trees, initiated by Kumar, began to shift attitudes of the Roma and of those with deep prejudice against them.Gaining cooperation from the city, however, was more difficult. The municipality of Silesian Ostrava refused to apply for state funding and no other entity could apply for this type of funding. At the same time, the non-Roma inhabitants were not only against living with the Roma but were actually against the Roma living anywhere near their neighborhood. The novelty of Kumar’s strategy lies in the step-by-step process he uses to bring important actors together, build trust and understanding, and illustrate how coexistence can work. First, he builds small community task forces which have very specific tasks, from lighting the streets to advocating against illegal sterilization of Roma women. Each task force has autonomy and is self-governed, and a few have developed into mature citizen organizations. Kumar organizes young volunteers from other parts of Ostrava (many of them non-Roma) to work on community tasks such as planning the new neighborhood layout, organizing cultural events, and reforming town policies to make them more inclusive. The volunteer program has the dual benefits of improving the community and teaching young volunteers about coexistence. These positive examples and working solutions began turning the whole community around. Kumar’s network of helpers grew and grew, and as a result of this cooperation, the Czech-Roma Coexistence Village was founded in 2003. The Village provides housing for 30 families, half of which are of Romani origin. The initial anti-Romani sentiments have lifted and the Village has become one of Ostrava’s most desirable areas to live. In order to create an inclusive platform, Kumar organizes discussion tables where various actors—the state, community organizations, municipality, groups of citizens—meet and discuss what can be done in the area of housing of the Roma. He has managed to open communication channels among entities that have been failing to engage for over a decade. In addition, the contributions of the Roma have given them a distinct role in the design and construction of their housing, and a new feeling of responsibilities for their lives. The success of the Coexistence Village offers proof that new forms of integrated urban living are possible, and that inhabitants and outside groups can work together to solve community problems. Building on this success, in 2006 Kumar began applying his idea to benefit families in the adjacent settlement of Liscina. He is negotiating with the stakeholders, looking for a common platform for communication, and creating an outline for the project. At the same time he is empowering the poor, who have expressed their willingness to support Kumar and work with the community organization to seek a solution to the housing situation.

Kumar comes from a middle class family in India. He was offered a chance to study abroad and chose Moscow partly because of what he perceived to be an agenda of social justice. He became disillusioned with the political ideology but he remained in Russia, finished his studies, and met his wife who is from the Czech Republic. After university, Kumar and his wife moved to the Czech Republic where he played a crucial role in the establishment of the first bilingual British high school. After teaching for 7 years Kumar moved to Kosovo after the war in Yugoslavia to design a new educational system. However, in 1997, when he witnessed the serious floods in the Czech Republic, he decided to stay, not only because of the physical destruction but also because of the deep ethnic conflict emerging after the flood passed. Kumar worked in a temporary shelter as a volunteer social worker. His Coexistence Village is an entirely new approach to social work in the Czech Republic, and has been a tremendous success. Once the Village was sustainable, he left it in the hands of the Red Cross and Catholic charities which took legal responsibility. His goal has always been to leave as much of the governance in the hands of the Roma and non-Roma living there, with an oversight body existing mainly as a formality. He is now in the midst of developing a similar community on a larger scale—the first of its kind in all of Central and Eastern Europe.