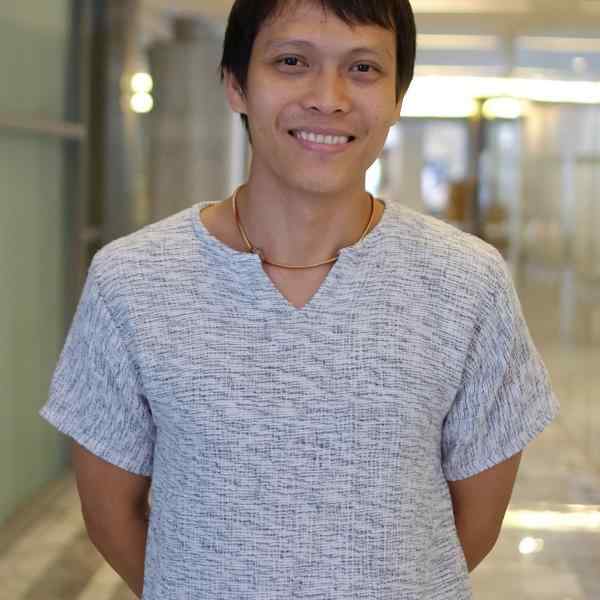 Somsak Boonkam is increasing the economic participation of local host communities in the tourism industry in Thailand, one of the world’s most popular tourist destinations. He is creating new infrastructure to pool limited resources of small communities, enabling them to compete in the mainstream tourism market while respecting each community’s carrying capacity and benefiting from a more just profit-sharing model.

Somsak Boonkam is creating a one-stop service for sustainable tourism, designed and owned by local communities. He recognizes that many sustainable tourism initiatives in the past have been short-lived, either due to the lack of steady clientele or the inability of local hosts to compete with large-scale tourism businesses. In 2012, Somsak founded LocalAlike to pool limited resources of small host communities and increase their collective competitive advantage. He is training communities to redesign travel packages based on local carrying capacity, by forming collaborative clusters of communities which can share limited resources such as sleeping facilities, English-speaking tour guides, licensed trek leaders and computer-savvy support staff. To attract a steady flow of clients, Somsak has created an online marketplace for meaningful travel packages, generating new demand for sustainable tourism instead of pitting small communities against one another in a highly competitive tourism market. Somsak works with a variety of local hosts, reviving previously unsuccessful models of community-based tourism as well as diverting communities from financially and environmentally unsustainable tourism. To ensure financial viability, Somsak has reversed the profit-sharing scheme between hosts and tour operators, allowing for local hosts to retain at least 70 percent of tourism revenue, including a 5-percent contribution to public funds set up in each community to address urgent needs such as waste management. Somsak is currently working with the largest global marketing arm of Thailand’s tourism industry, Tourism Authority of Thailand, to redefine cost calculations for sustainable tourism packages, to promote concrete standards in fair pricing and sustainable consumption of local resources. He has also initiated partnerships with various national and international companies to divert mainstream tourism clientele toward sustainable tourism. Somsak is currently working with more than 30 pilot communities throughout urban and rural Thailand, and expanding to other countries in Southeast Asia including Indonesia and Vietnam.

Host communities benefit very little from the tourism industry. According to United Nations Environment Program estimates, only five percent of tourist spending trickles down to the local community economy. Approximately 80 percent of tourism expenditure goes toward foreign-owned airlines, hotels, travel agencies and imported consumer goods. The remaining 15 percent stays within urban centers of the host country.
The concept of sustainable tourism, or tourism managed by local host communities, was official introduced more than two decades ago as part of the global action plan for sustainable development of the 21st Century, or Agenda 21. This action plan was adopted by 178 nations at the 1992 United Nations Conference on Environment and Development, commonly known as the Earth Summit. However, sustainable tourism has had limited success in practice. Many sustainable tourism initiatives have collapsed over time, either due to the lack of steady clientele or the inability of local communities to compete with mass-market tourism businesses. For example, local businesses struggle to compete with global hotel franchises and large travel agencies with the financial capacity to advertise and attract clients at a national and international level.
Growth is a highly controversial indicator of success in the tourism industry, due to inequitable income distribution. Many communities witness their local resources exploited in exchange for an increase in the number of visitors, but the growth becomes unsustainable. Tourists are constantly moving on to the next ‘untouched’ destination – pristine forests and hidden cultures. In popular tourist destinations, local businesses with limited investment capital and marketing outreach eventually lose out to large hotel franchises and tour agencies. Local residents soon become employees in their own hometowns, working in low-paying jobs as maids, books, porters and waste pickers, instead of benefiting from the tourism industry as business owners.
In Thailand, sustainable tourism was a trend 20 years ago, but less than 10 percent of these communities have managed to maintain sustainable tourism as a viable business. Nonetheless, Thailand’s tourism industry continues to grow exponentially. In 2015, 29.8 million foreign tourists visited the nation, reflecting 100 percent growth in ten years, and generating more than 550 billion baht (nearly 16 billion US dollars) in revenue. Meanwhile, local communities continue to be excluded from the majority of profits, despite sharing their natural resources and cultural heritage as part of the tourism package. For instance, many local residents cannot afford to leave their regular jobs to complete the costly and lengthy university training requirements to become a licensed tour guide. Local community groups do not have the necessary capital to register as government-licensed tour operators. The cost of registering as a tour operator ranges from 10,000 to 50,000 Thai Baht (about 300-1,500 US dollars) to receive Thai tourists and 100,000-200,000 Thai Baht (3,000-6,000 US dollars) to receive foreign tourists. Without proper licenses, residents are prohibited from leading tours in their own communities, resulting in a lack of communication and understanding between tourists and host communities. In many communities across Thailand, tourists disembark from a bus, walk around the villages and take photos of local residents as if they were part of the scenery. Tourism becomes an assault not only on local resources, but also community dignity.

Born in the rural province of Roi Et in northeastern Thailand, 33-year-old Somsak was raised by parents who worked as low-wage laborers. As a child, he was sent away to pursue better education and job opportunities. In his twenties, Somsak already achieved outstanding success, having graduated with a prestigious bachelor’s degree in engineering and industrial technology, and selected to work in Europe for in a high paying managerial position for an international company. However, Somsak spent his vacation days traveling to poor remote villages in Laos, Myanmar and India and realized he could do more. He was alarmed by the fact that most tourist spending did not reach local villages. Even worse, Somsak observed that many tourists were taking photos of local residents as if they were animals in a zoo. He pursued an MBA in sustainable business and returned to Thailand to work in business development for local community enterprises. Somsak saw many villages struggling to make ends meet, while countless tourists shuffled in and out of their villages, contributing very little to the local economy. Somsak developed a business plan in collaboration with local residents and presented it to tour operators in Bangkok, and his idea was immediately rejected. Instead of abandoning his idea, Somsak decided to set up LocalAlike to pursue his passion even further, to become a company that values local host communities as equal partners in the tourism business.