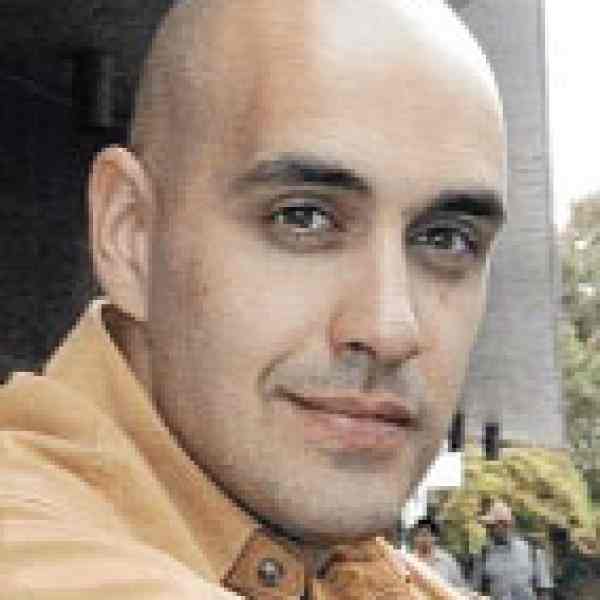 Climate is changing rapidly, the exploitation of natural resources is growing, social inequalities are deepening, pollution and over consumption is increasing in the North as well as in the South. Faced with such large social and environmental crises, individuals often dismiss the role they can play in creating change. Sidney Ribaux has built a social/environmental movement fueled by the power of individual consumer choices. Starting in Quebec, Équiterre seeks to create model societies of consumer-actors that are socially and environmentally responsible.

Équiterre is building a citizens’ movement that embodies ecologically and socially equitable individual and collective choices. The organization intervenes simultaneously at three levels. People are encouraged through mass media to take actions in their daily lives that are socially and environmentally equitable as a way of engaging them as members of the Équiterre movement. Équiterre then raises awareness on four important factors that affect their own and others’ quality of life including: North-South inequities, the economic reality of local farmers, environmental impact of fossil fuels, and energy over consumption. Équiterre presents each member with simple solutions that he/she can be part of, such as buying fair trade products, demanding organic locally produced food, adopting an ecological transportation method, and achieving energy efficiency at home and at work. Équiterre has shown that these individual actions provide a way to mobilize larger groups to generate pressure that leads to larger political changes.

Équiterre’s programs contribute to changing the habits, consumption, and the behavior of individuals, organizations, institutions, companies, and governments. By channeling all the forces of individuals and communities, Équiterre aims to provoke a powerful wave with the potential to transform the economic system. According to two surveys done in 2002 and 2006, the number of Quebecers that share Équiterre’s values has increased from 11 percent to 16 percent. Equiterre’s simple but innovative approach has already mobilized enormous numbers of people in Quebec and is now seeing its strategies replicated beyond Quebec’s borders.

By 2005 the international GDP reached a record high. At the heart of the problem Équiterre identified an inequitable economic system that gives more importance to the financial wealth of the minority, with a short-term view, rather than the common good.

Although the financial world applauds economic growth, on the ecological map the planet’s wealth is diminishing. Natural resources are consumed so quickly that they cannot regenerate. Humanity is responsible for the destruction of numerous terrestrial and aquatic ecosystems, and human activity even affects the atmosphere. Fossil fuels, deforestation, mining, the chemical industry, industrial agriculture and over extensive fishing, among others, contribute to the degradation of the environment.

The situation is such that in 2005 1,360 experts from around the world came together at the Millennium Ecosystem Assessment and concluded: “Human activity has put such a strong pressure on the natural function of the Earth that we can no longer take for granted the capacity of ecosystems and the planet to support future generations.”

If all humans on the planet consumed natural resources like North Americans, we would need three to five planets like ours. A society of over consumption is driving an economic system that scorns the environmental and human costs it engenders. Our individual and collective behavior has created an unprecedented environmental and social debt.

Few individuals (ordinary citizens, enterprise leaders, elected representatives, and others) feel responsible for the environmental and social problems created by our consumption. Most agree that it’s a “fault of the system”, but forget that we are all part of the system. Each of our actions contributes to the problem, and, consequently, can also be part of the solution.

Équiterre aims to become the leader of the citizen’s movement that embodies ecologically and socially equitable individual and collective choices, and the point of reference for citizens, media, and government around solutions to the environmental and social challenges of the 21st century.

In addition to changing individual consumer behavior, Équiterre works more broadly with government, media, and businesses to promote environmental and social sustainability to help create a consumer culture where conscious consumerism is not only possible but recognized and rewarded.

Sidney has two of Équiterre’s programs:

Sustainable Transportation: Équiterre is fighting against the “one person, one car” tendency—against more investments in highways, and therefore more pollution—with an alternative transportation solution: The “transportation cocktail” (a combination of bus, taxi, shared vehicles, walking, and bicycling). Équiterre invites citizens to “mix their own transportation cocktail” and save money, be more efficient, stay in shape while reducing the negative impacts on the environment, and improve their community’s quality of life! People are invited to share their “cocktails” and become part of a Transportation Cocktail Club. As part of a Club they receive more information about transportation issues, as well as an on-line calculator to measure the economic and environmental costs associated with their transportation habits. With more and more people in the Club, Équiterre promotes a collective campaign to demand better public funding for public transportation. Thanks to Équiterre’s campaign the Quebec government recently decided to dedicate a portion of the gas tax revenues to invest in public transportation.

Energy Efficiency: Équiterre offers free energy inspections to low-income households, and helps them reduce their energy consumption by educating them about how simple tasks such as turning lights off and using equipment at certain points in the day will save energy and money. The service is also offered to other households for a fee. Besides the immediate savings families receive, Équiterre informs them about the benefits their choices can have for the environment.

This program is now endorsed by the Quebec government.

A key part of Sidney’s strategy is to link the participants in his transportation and energy programs with high level collective action. He discovered that one must mobilize 10 percent of citizens to contact their political representatives to generate policy change. An example of this is the Climate Change campaign where Équiterre helped build scientific and political consensus on the issue. Thanks to this Québec has become a global leader on the issue and Équiterre was given the responsibility of organizing and hosting Environmental NGO participation to the 2005 World Conference on Climate Change in Montréal.

To have an impact beyond the local level, Équiterre will increase their alliances with other major players throughout Quebec, Canada, and internationally. They are supporting the creation of Équiterre committees in at least two new cities every year, and are opening new branches in all densely populated cities starting with Quebec City. Équiterre’s goal is to multiply the agents of change everywhere.

Équiterre will connect with mass media and local and national public figures in each new market to mobilize the largest number of people. Another aspect of their spread strategy is to convey to citizens, unions, civil society organizations, companies, and governments that they must take responsibility for their actions—regardless of their location.

Équiterre also monitors its achievements by surveying the penetration of their values in society; tracking the laws and policies that have changed in response to citizen pressure; and the changes in practice of institutions and companies.

Sidney’s social engagement began when he was a student. While at college, he founded a recycling program with the profits going to the school’s social committee. As a law student, he founded the first francophone—Ralph Nader inspired—public interest research group. The group worked for consumer protection, but also more broadly on citizen protection (environment, waste management, animal rights, food security, etc.) In the process of creating this organization, he organized a referendum for 5,000 students (a remarkable achievement when it comes to mobilizing students), which became a strong base to negotiate a return to US$2 per student per trimester for the organization. This resulted in an average of US$100,000 per year.

In 1992, he participated in a Youth Conference on the Environment and Development in Costa Rica and met with youth and environmental activists from around the world. This was an important experience for Sydney, and he returned to Québec working to raise consciousness around the Rio Summit. In 1993, after having participated in the first meeting of A SEED in Malaysia, he formed, in collaboration with Laure Waridel an interest group that later became Équiterre.