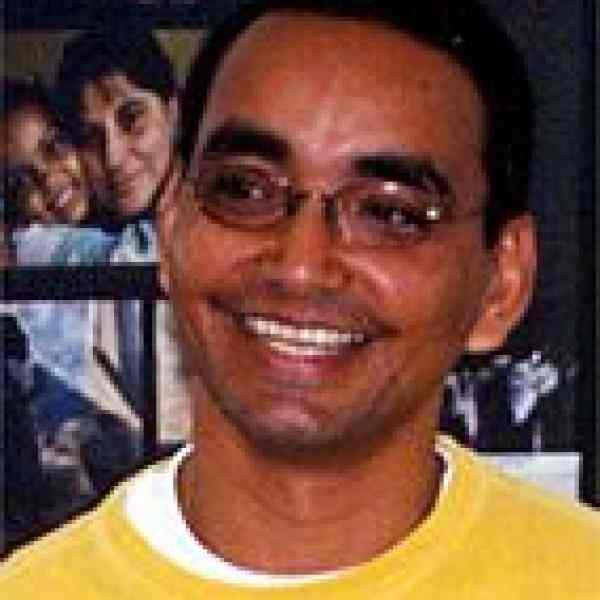 Nine years ago, Anil began arranging medical treks to address the immediate health care needs of people living in the most remote, mountainous areas of the country. Through his nonprofit organization, Himalayan Health Clinic, he leads foreign doctors&#150;most are clients from Europe or the United States&#150;to villages high in the Himalya. Nepali health workers and community leaders meet and learn from the trekkers. At the same time, the doctors gain exposure to the health challenges facing developing countries and contribute (through their fees) to the ongoing efforts of the people they train. To date, Anil and his staff have run treks in the Dhading, Colakha, and Ilam districts, where they have trained more than one hundred twenty foreign doctors, nurses, and volunteers. More than sixteen thousand people have been treated, and over eighteen tons of free medicines have been dispensed. Anil pays close attention to monitoring and follow-up to insure that the interactions lead to a sustained effort to improve health care. He also sees that the treks help build trust with communities, a trust that allows initiatives in education, family planning, and income generation.

Absentee doctors and inadequate medical supplies are the standard fare at many government-run health clinics in Nepal, and people living in rural areas often struggle to get their basic health needs tended to. Government and citizen efforts to extend health care to rural people rarely reach into the country's remotest areas, where high mountain passes make navigation difficult, even treacherous. Some people trek for two to three days to reach a town hospital, in some cases only to find that the doctor is away, or that medical supplies have given out. Those that cannot travel or afford treatment in hospitals simply go without. One in four children die in their infancy. It's true, there are some programs that aim to improve health care, or services generally, to these rural villages. But most lack the monitoring, resources, and commitment to follow-up that is needed to have a lasting impact.

Anil's program has two main aims. First, he hopes to raise awareness of the health and development needs of villagers and to mobilize human resources, funding, and medical supplies to address those needs. And second, he hopes to stimulate on-the-ground efforts to improve health care, education, and income-generating opportunities in remote areas of the country.Over the years, many people in the mountainous regions have worked as porters for tourist trekking groups. On one trek in 1991, Anil met porters from Tipling village of northern Dhadhing district who asked for medicine to take back to their sick children. This led to his first medical assessment trek in northern Dhading. After the assessment, Anil worked with a friend to establish a nonprofit partner in New York to actively solicit funds in America to run the rural health program in Nepal. Anil set off into the mountains with his first trekkers in 1992. Initially, Anil targeted villages in the Ganesh Himal and Langtang regions. During these trips, trekkers treated several hundred people, ranging in age from two months to sixty-seven years. They treated a variety of maladies, including diarrhoeal diseases, worms, gastritis, typhoid, ulcers, skin and eye infections, iron deficiency anemia, and malnutrition. Patients who needed further treatment were sent to hospitals in Kathmandu. These assessment treks provided strategic training to the local health practitioners on how to cover the immediate health needs of the villagers. Trained local practitioners were capable of maintaining the responsibilities of the health post in the village and assisting the patients with their medical needs after the medical treks had finished. HHC has raised more than $1.5 million through medical treks in Nepal. Half of the medical trek fees paid by the foreign doctors go to cover expenses while on the trek, and the other half supports the ongoing efforts of health care workers in the villages. The money is used to cover the cost of medical equipment and medicines. The salary of local medical staff is covered by direct contributions from villagers in the amount of 10 rupees per family per month. Anil and his team will continue to sponsor teams of Nepalese doctors to visit the villages on a regular basis, offering ongoing medical attention. Doctors from the medical team are responsible for preparing case histories for patients in the selected villages and for monitoring their progress. Anil hopes to develop a group of committed local doctors who will play a significant role in improving health conditions in the rural areas of Nepal. Although HHC has been working in collaboration with government health workers in rural areas, Anil has plans to eventually work in coordination with the already existing national health plan. From the three assessment visits to northern Dhading, it became evident that illiteracy, poor health conditions, and poverty were the three primary problems that needed to be addressed. As the HHC tackles the immediate health needs, it also launches adult literacy programs. Literacy teachers cover lessons ranging from teeth cleaning tips to family income management. Many aspects of preventive and social health issues are taught in the classes. HHC has started similar classes in villages where the national language, Nepali, is barely spoken. Now at least six hundred people can read, write, and converse in the national language due to these efforts. Anil also hopes to provide income generation schemes for villagers in remote locations. For example, he saw the Khukuri (traditional knife) making skills of the Kami community as a source of income generation. HHC provided seed capital for the Khukuri makers, and the knives are now sold throughout Nepal. From the money raised by the Khukuri making, some of the Kami families have managed to pay back debts that reach for generations in the past. Anil also started an animal husbandry project and is teaching women how to raise Angora rabbits and process the wool.

As a teenager, Anil often accompanied his father, an epidemiologist, to far-flung villages to stamp out disease, treat injuries, and deliver vaccines. Years later, after attending medical school, he started a trekking business for foreign tourists, traveling once again to the same remote areas. On these treks, porters would request medical supplies, and offer to carry up to twenty kilos of medicine to distribute to their villages. Anil's experiences in the mountains led him to see that improving health care in these isolated areas might be best accomplished by involving tourists. Anil believes that many rural health or development projects fail due to poor monitoring and insufficient follow-up. He has done a tremendous amount of traveling since the inception of the Clinic: scouting, leading medical treks, and monitoring the program that he has started. He has experienced trekking for days on end in deep snow, torrential rain, and high passes. He wants to spread his work to every corner of the country where people are, he believes, in the greatest need.