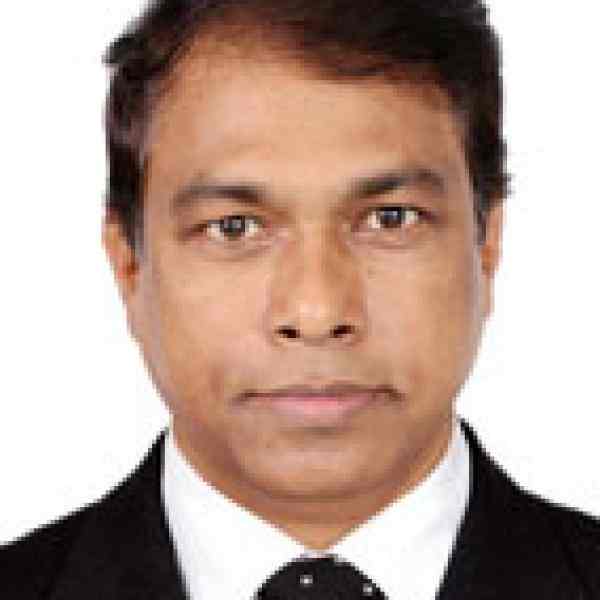 Having grown up in a village, Shahidul knows that opportunities to learn about computers aren't so available to rural people in Bangladesh. This is particularly unfortunate, because it's these isolated communities that could most benefit from access to the digital revolution, so that villagers can design small businesses, market products, and virtually connect with the outside world. To extend opportunities for top-notch computer training to young people living in rural areas, Shahidul is working to build a network of affordable computer training centers. He has established a private institute that draws in people from diverse economic backgrounds, offers need-based scholarships to the poorest students, and finds free housing for students who travel great distances to attend classes. As students from rural places often need initial help in catching up, Shahidul's curriculum is flexible and offers special help to these students. Because he knows that excellent teachers will guarantee positive results, Shahidul offers teachers competitive salaries and brings in experts from Dhaka to help on a part-time basis. Now the challenge is reaching as many students as possible. To spread his idea, he is working through the existing network of fifty-two private polytechnic institutes in the country, forty of which he has already brought into the network. He also hopes to draw in a technology partner to cover at least some of the Internet fees of members of the networks.

While poverty and weak public schools are a reality for many communities in Bangladesh, citizens throughout the country have begun to benefit from the advent of new technologies. Millions now own mobile phones, which means that people living in rural areas can have new opportunities for self-employment. As global connectivity becomes a reality, urban and semi-urban centers offer computers, email, and the Internet. Inspired by the success of neighboring India in software export, the government of Bangladesh has been actively promoting information and communication technology. Efforts to deliver computer training to students of all levels have stepped up. As a result, private training centers have sprung up almost overnight, but the vast majority are in cities and are unaffordable to many rural people.

In 1998, the government decided to approve private computer polytechnics to increase the number of available seats in computer engineering in the country. The institutions would follow government curriculum and be awarded degrees under the Technical Board. Shahidul saw that this might be the moment to launch his center in Bhanga upazila (administrative unit), Faridpur district. After meeting the requirements, he was given permission to operate his polytechnic in 1999. To let people know about the polytechnic, Shahidul planted two hundred signs in bus stands, markets, schools, and colleges across several districts. While the initial response was encouraging, he had to deal with skeptics, particularly the guardians of prospective students, who could not believe that such an institute was possible at the subdistrict level. There were others who felt that this was yet another money-making scam. To overcome these fears, Shahidul and his team visited door-to-door explaining the objectives of their institute and showing the government authorization documents. They organized meetings, workshops, and seminars with residents. These steps resulted in greater respect and trust on the part of the community. In the end, the polytechnic filled its forty seats. The students came from nineteen districts, many from farming families. Four of the current group of students belong to very poor families and have had their tuition waived by the Institute. In the first semester exams, thirty-six students passed successfully.
To a great extent, the Institute is financed from Shahidul's data entry operations and his salary. The beginning was particularly difficult due to high costs for start-up and equipment. Nevertheless, he was determined to keep tuition fees low. In addition, the institute also runas computer courses for adults to supplement its income and has raised local resources in the form of computer donations. In terms of spreading his ideas, Shahidul contacted the other fifty-two private computer polytechnics to form an association. He foresees the association as a platform for pressuring the technical and education board to maintain uniform standards, update the curriculum to keep pace with the outside world, and persuade the government to lower telephone and internet charges. He wants to influence the other polytechnics to award, at the minimum, one scholarship per class to a poor student &#150; a proposal that has already been well received. He further wants the founders of these polytechnics to plan future expansion of their programs in their home districts. Shahidul also intends to target the Youth Development Department to incorporate computer education within their programs. As they have infrastructure and other facilities spread across the entire country, they would be able to reach large numbers of students in a short span of time.
Most importantly, Shahidul has been able to demonstrate and convince others that successful advanced computer education can be taken down to the village level. For the immediate future, Shahidul wants to continue to organize computer orientation courses for schools to motivate both the management and students to invest in computer studies. His success has led a number of individuals to approach him about establishing similar institutes in other parts. He also wants to bring on board an Internet service provider to provide affordable Internet access in his area. Over the next five years, he hopes to assist in developing five more polytechnics and to continue working towards the ultimate goal of having training centers in every district of Bangladesh.

Shahidul's father passed away when he was very young, leaving Shahidul's older brothers to support the family. Despite the constant financial worries the family faced, Shahidul demonstrated leadership skills from an early age. When he was twelve-years-old, he formed a club to repair bamboo bridges and roads, plan sports events, plant trees, and so forth. While studying statistics at university, he was introduced to computers. At the time there was only one computer at the university and this was off-limits to most students. To gain access to it, he enrolled in a graduate-level course, which opened doors for him to work at the computer center. After graduating, he started his own computer center with money given to him by a friend. Later he worked in two research programs, including one run by the Grameen Trust, and then in a UNDP-funded project. These various work experiences allowed him to see more clearly what needed to be done. He also started a data entry and computer training enterprise, the profits from which he used to launch the first polytechnic institute.