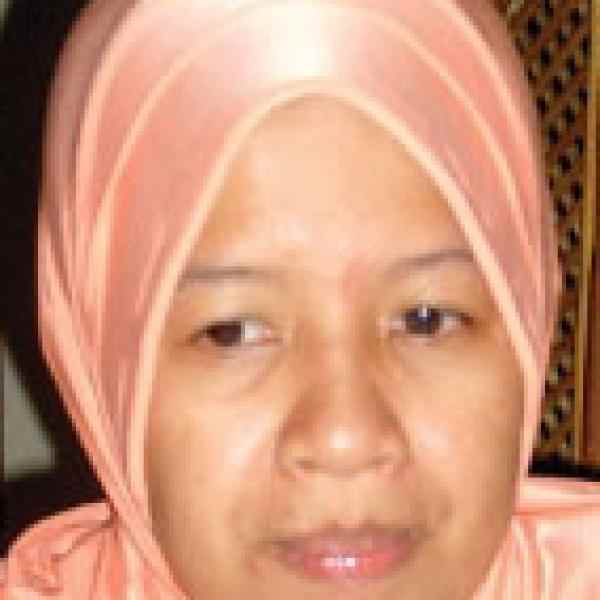 Jarimatika Foundation
Septi Peni Wulandani is empowering Indonesian housewives to be more self-reliant by teaching them easy educational methods that involve them in their children’s early education. In addition to…
Read more

Septi Peni Wulandani is empowering Indonesian housewives to be more self-reliant by teaching them easy educational methods that involve them in their children’s early education. In addition to enhancing mothers’ roles in the family and community, Septi’s program provides additional income for their families.

Septi has developed a comprehensive education system that allows mothers to teach their young children at home, meeting the developmental needs of their children and addressing their own needs at the same time. Her fun learning methods for counting and reading are based on singing, dancing, and engaged interaction. Not only does her home-based education system lay important building blocks for children’s intellectual development, but it also addresses their physical, social, and emotional needs. Housewives who learn her simple techniques become better educators for their children and enhance their position within their families and their communities. This improves the self-esteem of a group that has long been discriminated against and socially undervalued.
In addition to teaching mothers how to teach their children, the housewife groups Septi’s foundation facilitates enables women to support one another. Women in her groups work together to produce learning tools and other materials that generate income. She is currently developing programs for mothers familiar with her educational program to train other mothers in her method. Septi is working with the National Ministry for Women’s Affairs to adopt and replicate her work on a broader scale.

Even though most women in Indonesia are now educated, many stop going to school after sixth grade. In many areas, girls do not have the same access to higher education as boys, since it is assumed they will become housewives and therefore do not need to be educated. To fill this gap, the government has attempted to provide non-formal education to housewives. However, these efforts are limited to cooking, cleaning, and relationship skills, and tend to perpetuate the traditional role of housewives. The nationwide Family Welfare Program also supports women in these areas. Existing formal vocational education programs teach young women skills in sewing, decorating, and cooking, but don’t include topics related to parenting, such as child development and child psychology.
Although early childhood education is crucial to laying the building blocks of children’s intellectual, emotional, social, and physical abilities, there is no support available to help housewives become better parents. Mothers are often the first educators in their families, but a majority of them have limited knowledge and skills in child development. Although fulltime housewives may have the luxury of more time with their children, they often spend less quality time with them than women working outside the home, who may feel pressure to make the most of the time they have with their children. More and more stay-at-home mothers therefore hand over the responsibility for early childhood education to institutions like playgroups and preschools, which are becoming increasingly common in Indonesia. But these programs are expensive and beyond the reach of all but the wealthiest families. As an alternative, some families have turned to homeschooling, but this requires parents be skilful teachers and have access to appropriate teaching materials.
For many women in contemporary Indonesian society, being a housewife is regarded as an undesirable choice often made by those with no other options or not qualified for outside work. Legally, being a housewife is an occupation, although it is unpaid. This leaves women financially dependent on their husbands, many of whom do not respect or value their wives’ contributions to society, since their work is not compensated. Housewives also tend to undervalue their role.

Septi is a housewife who works to empower other housewives. She recognizes the significant role and untapped potential of housewives in shaping Indonesia’s next generation. Her work began with an educational program she devised to teach her daughter how to count using her fingers. She went on to teach her system, the Jarimatika method, to other mothers. For the next four years, she refined her methodology and developed her current approach to increasing housewives’ self-esteem and knowledge of their children’s psychology and development while spreading her easy, fun, movement-based education methods. Using books and training sessions, she has reached many housewives, with over 1,500 actively involved in her program. She also uses the media to reach more people.
Septi understands that helping housewives enhance their roles as parents and become better educators is a gradual process. She starts by increasing mothers’ confidence by training them to use her easy, finger-based system of teaching math to young children. She believes that when women feel like effective teachers and parents, their self-esteem increases and they feel they are making an impact. Septi has continued to modify her system and branch out from math into reading. Besides training mothers in practical teaching skills, Septi is also transferring values. For example, she emphasizes the importance of focusing on children’s achievements rather than their failures. By simply asking, “How many problems did you get right?” rather than, ‘”How many did you get wrong?” Septi shows mothers the value of being positive. They in turn pass this outlook to their children. She has also integrated child psychology and child rearing information into her materials.
Septi’s program builds a vibrant support network, teaching women to speak in public and giving them the confidence they need to start their own income-generating ventures. Through her Jarimatika Foundation, she has started groups all around the country to teach her educational methods and sponsor income-generating activities. Each group of approximately thirty women shares success stories and challenges, and learn to be better educators and role models for their children. The groups receive assistance from Jarimatika’s branch offices, each staffed by three to five coordinators.
Almost all of the groups also offer classes in Septi’s basic counting and reading methods to children with working mothers. These classes generate income for the housewives, who act as teachers. The Jarimatika Foundation and the housewife/teachers share the profit. Some units offer free courses to children from poor families.
In late 2006, some of the branches began to offer unique products for sale to other branches, including attractive educational tools, preserves made from local fruits, cakes for snacks during trainings or classes, and even traditional herbal medicines. Some more established branches have begun training teachers of Septi’s methods. To reach more women, Septi began a formal training and internship program and has graduated twenty additional trainers, who will spread her methods to more families. In addition to generating income for their families, this vibrant system is augmenting housewives’ role in the family. In 2007 twenty men quit their jobs to assist their wives in pursuing their ventures.
In the next four years, Septi hopes to expand her program to Kalimantan, Java, and Sumatra. To do that, she plans to hold trainer trainings twice a year. The Indonesian Ministry of Women’s Affairs has expressed interest in replicating her system. Septi will produce video materials so illiterate housewives can use her program and hopes to expand to Malaysia and Singapore.

Septi’s father died when she was in second grade, forcing her mother to find work outside the home. While holding a fulltime job, she also went back to school for a degree that would help her get a promotion. Though Septi understood the situation and respected her mother, as a child she dreamt of having a mother who would be available when she got home from school. When Septi passed the civil service test and was offered a position, Septi turned down the job to get married and become a housewife. Her mother was disappointed that she didn’t use her education in her work, but Septi wanted to make up for what she had lost in her childhood.
In 2001, when Septi’s eldest daughter was four-years-old, she had difficulty learning to count. Septi began researching simple counting methods that would be appropriate. She finally settled on counting with fingers, which are always available and do not require any memorization. Inspired by her experience with her daughter, Septi invented the Jarimatika method, which she soon began teaching to her friends so they could teach their children. This was the beginning of her campaign to recognize mothers as the first educators of their children.
To reach more children and spread the method, Septi began offering trainings and published her simple how-to book with a large publishing house. She learned that the best way to reach children is through their mothers. She received letters of gratitude from mostly housewives saying that the books helped them teach their children basic counting and reading skills. They also spoke about how the method reconnected women with their children and spouses, and increased family pride. The testimonials inspired her to go beyond books and begin the Jarimatika Foundation. Her goal is to generate and refine her learning methods and to reach more housewives and transform them into changemakers within their families. She has shown great persistence and perseverance in the face of rejection and doubt. It was not until 2005, after she moved to the small town of Salatiga from Jakarta, that her ideas earned public recognition.