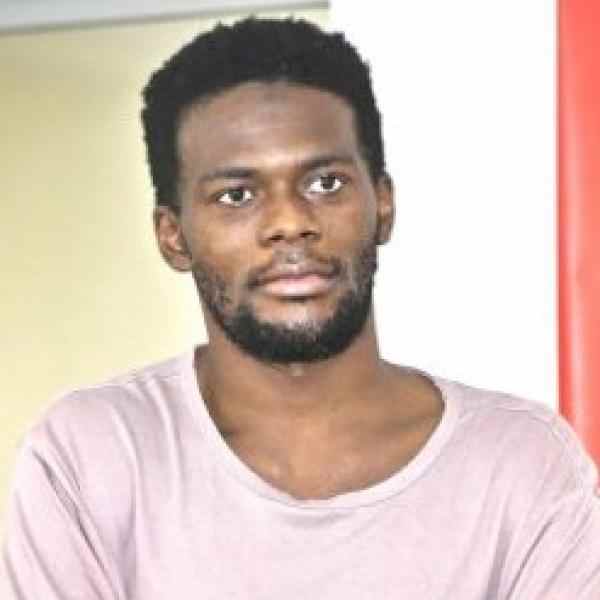 Sename has developed an all-inclusive space for citizens to shape their cities through innovative solutions, building on powerful synergies between traditional African values and culture with modern technology.

Sename is interested in creating spaces in cities where understanding and trust is developed and nurtured between multiple levels of society. This “space” is traditionally found in most African villages. Sename takes this concept and creates a meeting place for urban populations where they can decide the future of their neighborhood and find new solutions to challenges together. Sename was struck by the cultural similarities between the Hacker/Maker community spaces and multiple African societies. He designed an approach allowing young Africans to leverage new technologies that are emerging around the world in order to be active shapers in the development of their own cities and neighborhoods. To bolster this vision, he developed the concept of “ LowHighTech,” in which advanced technologies and local potential are combined, giving the opportunity to all strata of the population – including the poorest - to develop new solutions through economical innovations.
Woelab, was inspired by the critical importance of “moments” and “locations” in African villages, combined with the social values of the Open Source movement. This is the first and most active digital fabrication lab or “Fab lab” of its kind in West Africa. It pools resources and enables new connections between people of all lifestyles. Sename mobilizes a large range of profiles – mixing traditional builders, researchers from leading international universities, and people from the neighborhood. These stakeholders come together to develop solutions for local needs that are prototyped, manufactured and distributed in the city. This is done through setting up Woelabs in poor neighborhoods. Sename uses these collaborations to facilitate the rapid spread of these new tools and catalyze development levers. Thanks to a rotating leadership, modeled after traditional African cultures, and accelerated practical trainings, Woelab has become a “social elevator.” Young people arrive with no formal education, and leave with a new understanding of technologies, their country, and the world, which positions them as valuable resources in the technology scene in Togo and beyond, becoming its main architects.
These young, empowered entrepreneurs have gone on to set up several projects after their time at Woelabs. This includes 11 startups ranging from those that offer relevant and environmentally friendly solutions, to those that address major challenges related to urbanization, like the use of computer waste for the first 3D printer created in Africa. The Woelab expansion strategy is fractal and based on a grid of centers set at the heart of local neighborhoods. Woelab is a reference in West Africa, as new projects were created in Mali and Senegal based on the same model. With this momentum, Sename aims at gradually empowering urban populations to shape their environment and build cities that can deal with environmental and urban planning issues with homegrown solutions.

The phenomenon of urbanization in Africa is a demographic, geographical, social, cultural and major policy challenge. According to United Nations’ forecasts, the African urban population will be 1.2 billion in 2050 or 63% of the population. The number of young people, aged 15-24, currently estimated at 200 million, is expected to double by 2045. Strong economic opportunities such as jobs attract youth to urban areas. Although, urbanization is recognized as a driver for economic and social development, it also has strong environmental and social consequences.
This density of people has led to the formation of slums with very poor living conditions and worsening urban poverty because job growth rates are not high enough to create positions for all. These populations are mainly from rural areas and often face issues of adaptation to urban living conditions. It is estimated that a city that doubles its population every ten years must rebuild its entire infrastructure and equipment to contain this growth. Thus, according to UN-Habitat, African governments must now "reinvent the city and upgrade its physical, socio-economic and intellectual capital in view of a sustainable development."
One of the proposed responses to these challenges is the "Smart City” that appeared ten years ago, which relies on Information and Communications Technology (ICT) to improve the quality of urban services or to reduce costs. Then, the “Sustainable City” appeared, advocating an urban unit respecting the principles of sustainable development and ecological urbanism simultaneously taking into account social, economic, environmental and cultural planning. While engineers alone were leading the concept of the Smart City, the Sustainable City model advocates a design for and with the citizens. In addition, the neighborhood is often presented as the relevant scale for thinking about sustainable cities.
The digital divide handicaps Sub-Saharan Africa and it remains the region with the lowest rate (10%) of Internet access worldwide. Moreover, this rate is lower in some countries such as Togo, where according to the ARTP, (Sector Regulatory Authority of Post and Telecommunications) it is 7.10%. Furthermore, Sub-Saharan African countries depend almost entirely on industrialized nations for the hardware and software of products and new technologies services. They do not have the financial resources, the basic industrial infrastructure, or the capacity for research and development to produce these products. In West Africa, Ghana was the only country to have experienced the Smart City but did so with imported technology. Thus, the expertise and qualifications needed to manufacture these technologies remain in the hands of a small number of industrialized countries and their multinational corporations. Without these skills, most African countries are unable to ensure that foreign technologies are appropriate to the socio-cultural, economic, and environment of the region to initiate endogenous development.

Inspired by a visit to a “Fablab” (fabrication laboratory) at the end of his studies in Paris, Sename launched "The African Architecture". This is a knowledge-sharing platform created with the data on the architecture and urban environment of different African cities. In 2012, he launched an awareness campaign and initiated a competition with a young blogger to identify areas characterized by their precarious conditions and their environmental and social issues. Three disadvantaged and undeveloped neighborhoods on the Lome/Ghana border were selected as starting locations for the project. He organized the first of in a series of events called "ArchiCamps" in a public primary school in the area and brought together some thirty experts from 13 different nationalities and areas of competence (artisans, traditional builders, architects, planners, graphic artists, designers, sociologists, anthropologists, bloggers, developers, hackers and technophiles). For three weeks, he put them together with the surrounding urban population. During this time, crucial issues were addressed, and solutions were proposed, developed and prototyped in small workshops called "Replab". This first international prospective design camp allowed the creation of three responsible urban design projects. All the attending actors have pledged to work towards implementing and distributing these projects in the city.
Sename launched a digital fabrication laboratory, called "Woelab", that same year. Woelab is an open source model of social and technological innovation in Togo. This space is welcoming to people of all backgrounds and lifestyles - mainly young people - regardless of their social status and education level. Sename has also developed an alternative management model based on African traditions: a rotating leadership model, which allows members to quickly acquire managerial skills and start their own businesses. When they enter Woelab, young men and women lead a project for three months, then become coaches for new members. For the next six months they are placed in the focus groups and startups as entrepreneurs. During the last stage, they make visits and exchanges at the national and international level to present their project. In order to give them quality training that develops full potential of the young, the Woelab community does not exceed 33 participants per cohort. They meet to reflect on a problem and design adequate business plans. The members are provided with appropriate technology and, through local and international expert training, quickly acquire skills to carry out their projects. Thus, they rapidly develop new approaches to the challenges they face via productive collaboration in the African context.
Since its creation, Woelab led to the design and development of many projects focused on solving environmental problems for the city and its inhabitants. Eleven major startups have been created and are being managed by a single entity, the Group #SiliconVillage. Among them, there is SCOPE, which collects and sorts plastics waste, Urbanattic, which develops an intelligent culture of production and consumption of organic products in the city, and, Woebots, which provides new technology with used machines. The latter led to the creation of W.fate, Africa's first 3D printer made from electronic waste. Due to the enthusiasm generated by this invention, a broad strategy of popularization of 3D printing technology was implemented with a transversal program embracing various sectors.

Woelab has also developed various programs for the populations including Woe Academy in which experts give lectures on a topic related to new technologies, and 3D Print Educative, which visits schools to train college students to ICTs. Woelab also organizes events on a regular basis from which new projects emerge, sometimes in partnership or under the influence of organizations such as NASA. To date, four ArchiCamps have been held with over 800 participants. The community members have quickly engaged in the Togolese technology scene, where three quarters of the young leaders have been directly or indirectly influenced by this approach. Sename also created the “JerryCane Togo” community, a project for the creation of computers from jerrycanes, led by girls. Sename hopes to interest girls who otherwise have a limited interest in technology.
A second Woelab space is under construction and Sename plans to rely on the enlargement of the community for the opening of new spaces in more neighborhoods. Sename conducted a study on expanding the model to all the cities in the country after the Ministry of Decentralization in Togo became interested in his approach. He is coaching and mentoring young African participants in the implementation of similar places of innovation in Mali, Congo, Nigeria and Cameroun

Sename attended primary and secondary school in Togo where he developed a passion for basketball that led him to a nationally competitive level. From an early age, he noticed that most products in Africa were imported, and he enjoyed drawing what could be an African car or an African shoe. He decided to follow his passion and study design but this discipline was not offered in Togo at the time. Determined to follow his goal, he went to Paris to attend the best school in Design and Architecture. While pursuing his studies, he engaged in long projects of traditional architecture with Nubian Vaults in Burkina and in 2006 with the Fondation Monique Barbier Müller for the construction of a school complex in Tamberma, a region in North Togo recognized as part of the world heritage. These were formative experiences for Sename to develop a balance between traditions and modernity and engaging communities.
This experience led Sename to consider technology as a source of waste and pollution. He started studies in Anthropology that led him to discover the world of technology. He entered a FabLab and discovered the Open Source concepts and Maker/Hacker Spaces. There, he found a culture that emphasized learning by practice in a social framework, in which members can lead their individual projects or collaborate with other members. He found there the same values used in traditional societies, and, realized that, paradoxically, these two universes were closely related. Based on his vision, he launched the concept of “African architecture” to promote and document an original approach to the issues of architecture, urbanism and design in Africa.
In 2012, he created the first FabLab in West Africa, WoeLab, meaning, "make it" in Ewe, the main language in Togo. Although the model was different from classic FabLab, it won the Global Fab Award during the ten-year celebration of the creation of the first FabLab in the US. Always attached to his architect's training, Sename plans to build soon a center for orphans, entirely in Nubian style.