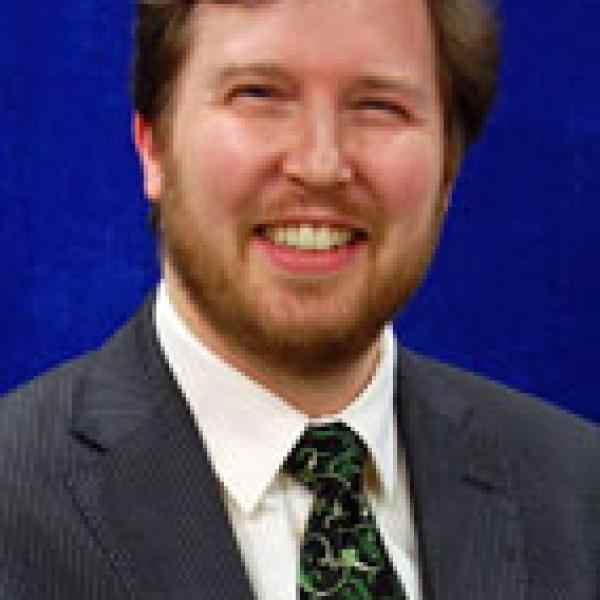 Check out this video for more details on Sascha's ideas:

Sascha Meinrath is designing and deploying a disruptive communication architecture to ensure free and open communication as a fundamental human right.

In an effort to democratize access to broadband Internet in the United States’ rural and low-income communities, as well as in countries controlled by oppressive regimes, Sascha and his team at the Open Technology Institute are pioneering a new type of tool for democratic organizing. His open source “device-as-infrastructure” distributed communications platform integrates users’ existing cell phones, WiFi-enabled computers, and other WiFi-capable personal devices to create a metro-scale peer-to-peer (mesh) communications network. Such a network would largely circumvent the need to use centralized Internet Service Providers, thus creating market pressures to decrease cost, democratize access and, in an oppressive regime, make surveillance and censorship much more difficult.

By introducing such disruptive technologies onto the market and simultaneously influencing policies with regards to open technology, Sascha is pushing both corporations and the government to reconfigure our Internet infrastructure in a way that increases connectivity, stimulates the economy and enhances democracy. Sascha’s goal is to reconfigure our communication infrastructure in such a way that establishes and entrenches the right to communication as an inalienable human right.

U.S. technological leadership is in a state of decline. Once the unequivocal front-runner in information technology and telecommunications, the U.S. now barely makes the top 25 country list in terms of broadband access, adoption, speeds, and prices. Broadband is the highway of the 21st century, particularly for small towns and rural communities; the vital connection to the broader nation and increasingly the global economy, yet rural communities across the country continue to have little or no access to broadband.

A great deal of the discussion on improving broadband access in the U.S. has focused on last-mile issues, connecting the residences and businesses in a local community. While this remains a difficult challenge another key obstacle to universal high-speed broadband access is the connection of those last-mile networks to the Internet backbone. Increasingly access to the high-speed middle-mile links that carry Internet traffic to the backbone, and the escalating costs associated with transporting traffic among networks, have become fundamental barriers to spreading connectivity, promoting broadband competition, improving speeds, and lowering prices.

Middle-mile connectivity challenges are not just isolated to rural areas. Control of key interconnection and peering points in major cities have become increasingly consolidated, often leading to monopoly or duopoly markets. This has created bottlenecks and limited options for competing ISPs, keeping transport prices much higher in the U.S. compared with many European and Asian countries where bandwidth costs have plummeted. This is compounded by a lack of useful information about Internet performance, which prevents policymakers, researchers, Internet stewards, and consumers from effectively understanding the state of broadband networks.

The same sort of consolidation mentioned above is also is what allows oppressive regimes to cut off an entire population from the vast resources of the Internet, particularly under crisis situations—the Arab Spring being a case in point. Those regimes recognize that access to the Internet and Internet freedom are increasingly the backbones of democracies and are therefore ready to go to great lengths to limit its penetration.

The reasons above make it desirable to build an Internet infrastructure that allows people to connect through community-based, decentralized networks.

Most wireless networks, including cellular networks, utilize a “hub and spoke” architecture that is quite similar to the spokes on a bicycle wheel. In the network, users connect with other users via a centrally-located broadcast tower. This creates a very strong path dependency and makes the network extremely vulnerable to a single point of failure. These networks are also resource-intensive requiring a tower, specialized and expensive broadcasting equipment, and constant maintenance of the hub.

In contrast, a mesh wireless network, of the type Sascha is developing, offers the ability of users to connect directly to each other and facilitate a distributed network infrastructure that provides multiple paths for communication to the network and does not require centrally-located towers. They can bypass obstacles like buildings, hills, trees or oppressive regimes by using different signal paths, have no single point of failure, and are easily expandable. With existing open source tools, a mesh network can be built with a diverse set of hardware from high end carrier class equipment, famíliar off the shelf in home routers, existing computers and laptops, to common mobile devices.

Prior to founding the Open Technology Institute, Sascha spent many years developing these “mesh networks” or community-wireless networks in order to make broadband connectivity more accessible to rural and low-income communities. He was among the first in the country to develop and deploy this technology when he founded Urbana Champaign’s community wireless network in the early 2000s. In 2007, Sascha also helped create a global coalition of similar players through the Open Source Wireless Coalition. With roots in community organizing for the Indie media movement of the early 2000s, Sascha understood the importance of policy for the sort of work he was doing. He founded OTI in Washington D.C., housed as a start-up within the New America Foundation, in order to be able to, both, more widely deploy the sorts of disruptive technologies he had begun developing in Urbana Champaign, and develop a more robust policy strategy.

On the technology side, Sascha and his team are working on several projects but the flagship program is Commotion Wireless: mesh networks operationalized in U.S. rural and low-income communities as well as in countries governed by oppressive regimes. In the U.S., Sascha chose Detroit and Philadelphia as the demonstration pilots. Among other things, he secured a grant as part of the American Recovery and Reinvestment Act in 2009 to create an accessible Internet infrastructure in those two cities. They were chosen in large part because each of these markets is challenging to penetrate in its own way. In Detroit, the complete lack of infrastructure was a drawing factor. At the same time, in spite of the city’s economic situation, a number of local communities were already working hard to find ways to build strong local structures. In contrast, Philadelphia houses Comcast’s headquarters. A previous attempt to build a “municipal network” had been made, though a large corporation led it. OTI had warned them it wouldn’t work and why. Now they had a chance to demonstrate how to successfully set up a relatively inexpensive infrastructure for broad Internet connectivity. If they could make such interventions work in these places, everything else would be a lot easier. Equipped with two years of data that is empirically backed, Sascha and his team have not only shown that mesh networks are fully functional, sustainable and feasible; they are also in a position to influence public policy with an eye on restructuring the Federal Communications Commission’s (FCC) Universal Service Fund—whereby all providers of telecommunications services should contribute to federal universal service in some equitable and nondiscriminatory manner.

Internationally, Sascha has partnered with the State Department and grassroots actors to deploy mesh networks when oppressive regimes try to crack down on democracy building movements. In the context of the Arab Spring, the U.S. government recognized in this technology an opportunity to support democratic organizing at a moment when the Egyptian and Syrian governments were doing everything they could to shut down the Internet. Getting government backing for such radical enhancements of free speech is hugely significant, though it remains to be seen how far they will be willing to support such initiatives in the U.S. context given entrenched corporate interests.

Similarly, Sascha sees mesh networks as critical infrastructure that can be deployed quickly post-disaster. For example, within three weeks after Hurricane Katrina hit the U.S., Sascha and his team had been able to build a network spanning three states, when millions of dollars invested to try to bring the existing infrastructure back online failed.

Though both the market and public policies are beginning to shift as a result of the disruptive technologies he is introducing, Sascha recognizes that policymakers are mostly influenced by data and research and has therefore made it an important focus of his work. For example, recognizing that the FCC and other regulatory bodies did not have the information needed to monitor and regulate the claims of telecommunication companies around such issues as broadband access, speeds and prices, Sascha and his team created the technology tools needed to document the reality of broadband connectivity around the world. OTI has built an open, interoperable, extensible, global measurement platform where every tool is open source and all the data collected is released publicly. With partners such as Google, Skype, Planet Lab and a coalition of academics, Measurement Lab has grown from an idea and a single server to the world’s largest broadband measurement data platform with 500 terabytes of peer-reviewed data. The network itself is still in the infancy and the OTI team is figuring out how to analyze data sets that are this large and rich, but they are attracting a growing number of academics who desperately want to mine into the database for information. In addition, the FCC uses Measurement Lab for one of their official U.S. broadband tests, and the OECD as of June 2012 began using the platform to rate countries in terms of broadband service provisioning.

Sascha founded the Open Technology Institute in 2008 and considers the organization to be in phase one of a 25-year plan. Over the last four years, the initiative has grown between 100 and 200 percent each year and now has nearly 30 people on staff. Though the institution is housed with the New America Foundation, it was built as a start-up from the get go, and in a way that gives Sascha and his team the freedom they need to build out their solutions in an entrepreneurial manner.

Sascha first developed a social consciousness and a desire to act on that consciousness through environmentalist efforts while he was in high school. His love of nature introduced him to backpacking, which led to taking a year off after high school to experience the rest of the world. Sascha traveled ridiculously cheaply and met all sorts of people whose perspectives inform his work today: from farmers fighting against gas exploitation, to radicals living in abandoned buildings in Berlin, to folks barely making by in northeastern Kurdistan.

Sascha’s undergraduate and postgraduate research on the prevalence of massive racial inequalities in public schools in Middle-America was equally transformative. Though his research was groundbreaking at the time, no matter how hard he tried to share his findings he found that no local news station would cover the story and received a number of death threats. This experience drove home the importance of having a robust independent media. He quickly aligned himself with the Indie Media movement as the Internet was taking off. With his colleagues, Sascha pioneered a lot of the citizen journalism infrastructure we now often take for granted, such as community-blogging and posting comments on web pages.

A few years into this work, Sascha realized that access to the Open Internet was the next big challenge and he founded the Urbana Champaign Community Wireless Network. In 2007, he planned to move to D.C. with some venture capital partners to build and commoditize the open source wireless technology he had been developing, when New America invited him to work with them on his own terms. In 2008 Sascha moved to D.C. with his family and founded the Open Technology Institute.

Peers have described Sascha as “an invaluable protector of public interest in telecommunication policy.”