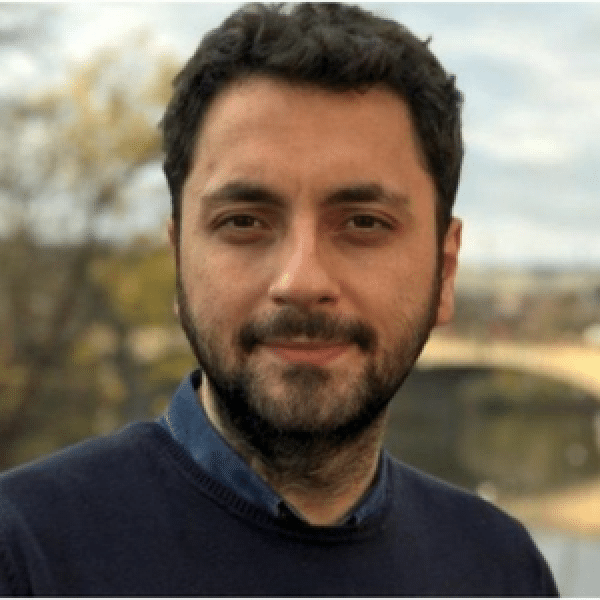 NewsLab Turkey
Sarphan aims to raise a new network of micro influencers in media whose awareness on political and societal issues is sharpened. In order to achieve this goal, the NewsLab Turkey team recruits new…
Read more

Sarphan aims to raise a new network of micro influencers in media whose awareness on political and societal issues is sharpened. In order to achieve this goal, the NewsLab Turkey team recruits new media experts and trains them with the existing professionals of the field. Focusing on tools of digital media and encouraging all individuals in their network to build sustainable models, the team aims to start a long-term improvement journey for Turkish media.

The media sector in Turkey shrinks day by day as two major problems overlap in the sector: the political pressure on journalists and the lack of capacity building opportunities for media professionals in the era of fast digitization. Sarphan believes the only way to pass by this era is to raise a new generation of professionals for the sector who are not only capable of media tools but also have entrepreneurial spirit and skill set to sustain their projects.

Sarphan’s goal is to raise a new generation of micro influencers within the media sector, with enhanced political awareness. Micro-influencers are individuals who have between 1,000 to 1,000,000 followers/audience members and are considered experts in their respective niche. These smaller, more focused niche experts connect on a deeper level with their audiences and generate longer term engagement. Leveraging the proven success of the micro influencer tactics in other sectors, Sarphan and his team aim for this new journalism movement to equip Generation Z with the political and social awareness they need. It can be tricky to bring famous and established journalists into new mediums like Twitch, so it is often more practical to find the micro influencers on Twitch and then help them add political and societal content to their products.

In order for this goal to succeed, all micro content producers working with NewsLab Turkey need to be financially sustainable. Sarphan believes the era of sponsorship is over for media as they harm the independence of the producer and they do not necessarily come with long term promises. At the same time, there is a growing trend on digital platforms where the audience chips in small amounts to support the producer. It could be monthly payments via Patreon, or one-time tips, as it is done on Twitch.

Besides organizing trainings and producing online content to strengthen this new movement, the NewsLab Turkey team also works with seasoned media professionals to bring them together with the newcomers in a close network, be it for mentorship or peer-to-peer collegial support. Sarphan believes all actors of the current media need an update to be more active on digital platforms, to reach the new generation with their tools and language, and to invite them to act for the social concern they care about.

The media sector is at a crossroads: A systemic shift is needed in both how citizens read and understand the media, and how media actors create content and resources.

Turkey and many other countries alike are in a political and societal crisis. With populism on the rise, despotic governments take on the power and their first action is usually silencing the media. As has happened over the course of history, polarization rises alongside populism. Echo chambers grow bigger as audiences get more and more news from content producers who think like themselves. The amount of disinformation and misinformation increase on digital platforms as the audience tend to respond to those more and more. Media literacy has never made it to school books in Turkey, so young people are growing up with a limited understanding of fake news and misinformation. As polarization increases, it becomes harder and harder for the new generations to follow the news, or to read them from a critical perspective. Most young people lack the political awareness to judge the context of the content they are facing.

As the media and journalism sectors shrink, more and more young journalists find themselves stepping away from the sector. Citizens feel desperate as the very few sources of news are dominated by a group of elite individuals who often pick a side in the polarized political sphere of the country. Journalism schools fall short in preparing the new generation for the new reality of digital media, and existing institutions fall short in recruiting visionary young people or educating them throughout their careers. On the bright side, digitization enables the audience to become active agents of the sector. As the printed newspapers sell less and less, more new producers emerge with the support of individual followers.

There are a handful of media experts from each side of this polarized society, finding the financial support needed for their publications. Oftentimes, however, their content does not reach the younger generation. Stuck in printed media or TV, these experts mostly talk about daily political events without providing the audience with the definition of the basic political terms. Sarphan foresees a financial difficulty for this group as well with the sales of printed materials decreasing by 70% in the last eight years. Growing up with digital tools and the internet, Generation Z is becoming more and more aware of the societal events happening across the world, but they have difficulty in discovering how they can contribute.

In order to tackle this very complex program, Sarphan believes in updating the media sector or even redefining how it is practiced.

On the first pillar of their strategy, the NewsLab Turkey team runs training programs for new media producers who are eager to focus on political and societal issues in their content but are in need of further support to set up the tools and tone of their publication. To take part in these trainings, an individual must first submit an application summarizing their vision and interests. NewsLab Turkey and their partners then come together to select a total of 20-25 people for each training round. In each round, attendees receive 96 hours of training on digital tools, sustainability models, and media basics. The training is then followed by the period of mentorship (20 hours in total) that are given by the seasoned experts of the field. Upon completing the training round, the attendees are expected to create the first mock-up of their dream project. More than 90% of News Lab attendees are still continuing their endeavors.

On the second pillar, Sarphan aims to update the existing media actors, especially the local media who are followed closely by their audience. Besides the newcomers, there is also an existing talent pool within the sector and this pool can be divided into urban centers and local journalists. As urban journalists have access to many trainings and resources, they can shape their own career and journalistic style. However, journalists acting on the local level are in need of training materials in Turkish and a support community to thrive. According to the demand coming from these local media actors, NewsLab Turkey designs training programs, creates resources in Turkish, and gives consultancy to build capacity on the local level.

The final piece of strategy for Sarphan is to ensure the sustainability of all journalistic endeavors. A media expert of years, Sarphan saw the necessity of building a revenue source in order to continue independent media activities. While running all activities of NewsLab Turkey, Sarphan often emphasizes business models and personally mentors many of their beneficiaries to access the funding available in the international sphere. He is also an expert on individual membership modules and is eager to attract more talent into NewsLab Turkey to give mentorship on this. He also realizes that having available full time jobs matters, especially for the media sector. Believing in recruiting entrepreneurs to train entrepreneurs, rather than hiring full-time staff members, Sarphan recruits journalists and new media producers to use their expertise for NewsLab Turkey activities, as consultants/freelancers. By doing this, he provides livelihood to more than 30 journalists in their talent pool.

To this day, 24 new media enthusiasts were trained in their first training program. The total budget managed by these 24 media entrepreneurs is now reaching 150,000 USD. 30 local media networks attended the tailor-made workshops of NewsLab Turkey. Another 40 individuals are still getting consultancy from the NewsLab Turkey network depending on their need.

Three of the projects created by NewsLab Turkey caught special attention in the sector:

1) Mental Klitoris podcast hosted by Hazal Sipahi: Creating the very first podcast in Turkish to talk about female sexuality and health, Hazal pioneered a new trend in the sector. Now, there are tens of other podcasts, aiming at different target groups, talking about issues on sexuality, pleasure, consent, and so on.

2) Gamified news by Çiğdem Özkan: Thinking of ways to attract more youth into the daily news, Çiğdem searches for ways of gamifying news content for digital players. Still in the process of piloting the project, Çiğdem already attracts funders and young gamers to her model.

Sarphan started using computers at the age of two. When the internet went mainstream in Turkey in the early 1990s, he was one of the first ones to get connected. In the later years of his life, as someone who grew up outside of Istanbul, he realized that the internet could be a great medium to democratize information. In his high school years, he became interested in journalism as he believed it was another way of spreading information. He published his high school’s first fanzine in the early 2000s which was followed by similar initiatives he started as a student.

As Sarphan continued his academic career to complete his Ph.D. in media and communications studies, he started teaching and became more aware of the trend he experienced firsthand: Young media enthusiasts coming outside of Istanbul had very limited resources and mentors to create their dream projects. In order to solve this problem, he kept working with media institutions, journalist unions, and civil society organizations as a consultant. Once he came up with the NewsLab idea, it was time for him to leave the academy and all the other endeavors to update the media sector via this new initiative.