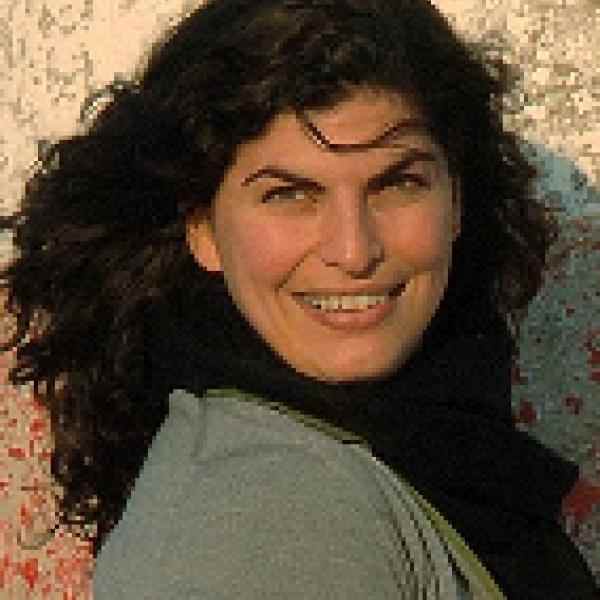 Sarah Trad is confronting Lebanon’s growing drug addiction problem by drawing on creative, science-based methods that are common in the West, but have yet to be implemented in the Arab world. She believes that addicts are suffering from an illness that can be cured with proper treatment, and should not be shunned by society. Her holistic approach encompasses treatment, prevention, and advocacy for change.

Sarah is has introduced a comprehensive and participatory method for combating drug addiction among young people in Lebanon and is changing the societal perception of ex-users so they are better able to reintegrate into society Sarah uses a three-pronged approach. First, she positions addiction as a disease, rather than a crime. Improving the perception of ex-users allows them to more easily rejoin society, which, in turn, helps them fully participate in economic and social activities. Second, she has introduced a participatory treatment method, where patients take part in the design of their own rehabilitation programs in an inclusive and open manner, and where the program builds on the knowledge and skills of the participants. This empowers addicts (whom she regards as soon to be ex-addicts), and builds their confidence and self-esteem. Third, Sarah has created a drug abuse prevention program that teaches children and youth about addiction with the aim of helping them make healthy choices. Additionally, Sarah lobbies the Lebanese government to legalize maintenance treatment, to change the laws regarding drug users, and to introduce life skills programs in public schools.Sarah&#39;s goal is not only to combat drugs in Lebanon, where she hopes the government will soon adopt her approach as its official drug abuse treatment and prevention strategy, but also to establish a functional model for drug prevention and rehabilitation in the Arab World.

Lebanon’s civil war from 1975 to 1991 not only caused civilian casualties and the destruction of the country’s infrastructure, but also had long-term effects on the social structures of Lebanese society. Prior to the war, drug abuse tended to be recreational, but during the conflict, it surged among militia members and, to a lesser extent, the civilian population. Fifteen years after the end of the fighting, the consequences of the war remain. A severe recession has created further difficulties for everyday Lebanese people. As a result, many Lebanese are vulnerable to drug abuse and other high-risk behaviors.Throughout Lebanon, drug abuse is on the rise. Students now form the core group of drug users; the age of first-time drug use has dropped to 15 to 20 years from 20 to 25 years over the past two decades. The number of women using illegal drugs (including heroin and cocaine) is also rising. Based on research done by Sarah, the Red Cross and the Family Medicine Association, the abuse of legal substances, like alcohol and prescription medications, has also increased in recent years. Club drugs, including Ecstasy, GHB, and Ketamine, arrived in Lebanon in 1999 and have since exploded in popularity. All this adds up to a troubling trend, and highlights the need for effective treatment and prevention programs.The prevailing attitude toward drug and alcohol use among Lebanese people is judgmental and moralistic. It remains a taboo subject, which makes it difficult to address directly in prevention and education campaigns. Addicts are still considered criminals and are often rejected by their own families. This stigma and isolation increases addicts’ reluctance to acknowledge their drug use and seek treatment. It makes reintegration into a satisfying social and professional environment an even greater challenge.Lebanon has no coherent national strategy regarding drug treatment or rehabilitation policy, nor has it ever prioritized helping addicts. A drug commission that was supposed to be created in 1999 met for the first time in 2005, and has taken no practical measures since. According to a law passed almost a decade ago, drug users who also deal drugs are not considered criminals, but rather as people in need of medical help. Regrettably, the law is very seldom followed; individual judges decide whether an addict is hospitalized or imprisoned. Furthermore, the Lebanese government opposes the legalization of maintenance drugs, despite evidence showing its overwhelming advantages over traditional detoxification.

Before Sarah founded Skoun in 2003, the only options available for drug users seeking treatment in Lebanon were prison or an expensive detoxification program in the psychiatric ward of a hospital. No specialized, comprehensive rehabilitation programs existed. In Arabic, the word skoun has a double meaning: it is the name of a punctuation mark that denotes a pause within a word as well as a word for inner tranquility and serenity. Sarah wanted Skoun to be a place where drug users could rest in order to restore inner peace. It was the first outpatient center in the Arab World, treating drug users at any stage without locking them up or judging them.One of Sarah’s biggest innovations in tackling Lebanon’s growing drug addiction problem was to locate Skoun in the heart of Beirut’s student district. In other parts of the Arab world, rehabilitation centers have always been kept separate and hidden. Skoun’s central location means the facility is accessible to anyone in need, regardless of his or her economic or social background. Its location is Sarah’s way of proclaiming that drug addiction need not be stigmatized and drug addicts need not seek treatment in secret; on the contrary, they need the support of their family and community while they are in rehabilitation.Sarah strongly believes—and international research confirms—that addiction is a disease; therefore, addicts, like anyone else with an illness, need individually tailored treatment programs. She also believes that patients’ success depends on self-determination in overcoming their disease. Skoun is the only existing outpatient center in the Arab World that focuses on harm reduction, as opposed to forcing patients into abstinence. Any person with a drug-related problem who walks into Skoun gets full medical, psychiatric, and psychological assessments and then agrees with his or her team on what plan to follow. It offers individual and group therapy, as well as follow-up psychiatric and medical treatment. This comprehensive treatment program costs very little, making it accessible to patients from all social and economic backgrounds. Skoun has treated 250 people in the four years since it was founded.To overcome negative perceptions of addiction, Sarah not only works with addicts, but also with their family and friends. She helps them to better understand what their loved one is going through and how they can contribute to their recovery. Skoun holds a monthly family night for these family members and friends so they can both learn about addiction and feel less alone.
In addition to drug treatment, Sarah has also begun to work on prevention. Her research showed her that building character and decision-making skills is the most effective way to prevent children from getting involved in drugs. Beginning in seven private schools, and expanding to 30 public schools, Sarah has been bringing her life skills program to students, parents, and educators around Lebanon. She is currently lobbying the Ministry of Education to institute her drug use prevention sessions in public schools nationwide. She publicizes her innovative strategies at every opportunity, setting up information booths at events from marathons and to major youth gatherings.Some of the biggest obstacles Sarah faces are misguided laws and government ignorance, so she relentlessly petitions for changes to any law that classifies drug users as criminals or a risk to society. She asks that they be treated as people who suffer from an illness and hence, have rights. Maintenance drugs are still illegal in Lebanon, so Sarah has been lobbying the Minister of Health to legalize them.Finally, Sarah has made strategic connections to a network of drug treatment experts across the country. In October 2005, she organized a highly visible international conference about maintenance drugs and their success in drug therapy, which also served as an opportunity for patients to tell their life stories. When it was over, the Minister of Health promised to support the legalization of maintenance drugs. Sarah has formed a committee of others working on drug treatment and prevention to follow up on that promise and turn it into a reality. Thus, she is spreading best practices and in so doing, changing the environment for drug rehabilitation in Lebanon and beyond.Sarah’s short-term goal is to secure the funding she needs to institutionalize her model and spread her treatment approach. Beyond that, she is running advocacy programs, media campaigns, and conferences on drug treatment. She is also lobbying to have her model adopted by the Ministries of Health, Interior, Social Affairs and Education as Lebanon’s official anti-drug strategy. Her long-term objective is to have her model adopted in the Arab world, with the Skoun team acting as consultants and trainers in the region.

As a child, Sarah enjoyed good health, a loving family, and financial comfort. This early and consistent sense of security made her feel an obligation to bring the same comfort to those less fortunate than her.Sarah&#39;s father, who was always active in their community, had a big influence on her. She remembers that he always spoke to her about her responsibility towards her community and her country. His death, when she was quite young, left her with the feeling that the best legacy one can leave is to help one’s fellow human beings regardless of their religion, race, or socioeconomic background. Sarah’s uncle, who played a key role in bringing her up, was assassinated 11 days after being elected President of Lebanon. These family tragedies increased her awareness of the suffering of others.During high school, many of Sarah’s friends experimented with drugs. For some, it turned into a destructive habit. She tried listening and preaching, but soon realized that this approach wasn’t working. This experience influenced her educational and professional choices later on. After high school, she moved to France, where she studied clinical psychology, eventually earning a Master’s degree in Psychology and Psychopathology, with an emphasis on addiction. She went on to work in several of the best psychiatric clinics in Paris.In 2001, she returned to Lebanon so she could put what she learned in France to use for the benefit of her people. She was alarmed by the extent of the drug problem she found when she came home, and immediately started working on intervention programs. She founded Skoun two years later.Sarah is currently the managing director of Skoun Treatment and Prevention Drug Centre. She is also an executive MBA student at the American University of Beirut. Recently, she decided to study business administration in order to better manage Skoun and financially sustain its activities.