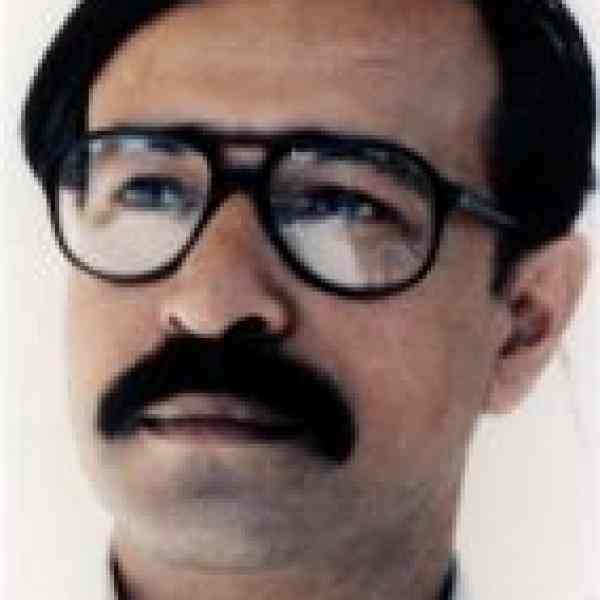 Frustrated like so many of his countrymen by a sense that the promise of Golden Bangladesh is being lost in a sink of disappointing leadership, Saleem feels he can help energize a group in society that can fill the need for most concerned and able journalists around the country, especially those close to its grassroots realities beyond the capital.Drawing on the contacts and insights he developed over 12 years during which he covered Bangladesh beyond Dhaka much of the time, he pulls together three to five leading local journalists in each local region. This local forum then meets once a month with a leading development official. They collectively study and develop a sense of what needs to be done. They write about these issues in the local press, and contribute to the nationally syndicated articles that Saleem's Development Features puts out 10 times a month.Saleem and his central staff help start the local forums, provide formal and informal training, and conceive and help edit the syndicated pieces. They help the participating journalists with their work, and serve as a bridge to international outlets like London's Panos Institute. They will increasingly help draw the local Forums together into a mutually reinforcing network.Saleem's energy comes from his belief that this group of people, given these supports and bridges, can make a significant difference for the country as well as make journalism come alive.

A generation after independence, Bangladesh remains one of the 10 poorest countries per capita on our planet. To those like Saleem care deeply about their country and have no plans to emigrate, these years have been a disappointment. There is a pervasive lack of urgency, depsite the enormous needs. The country has not invested adequately in its children, nor has it embraced a future-focused or concerned environmental policy.

Many Bangladeshis feel that leadership has been wanting. As a journalist, Saleem feels that the press has not done much to fill the intellectual void, to challenge and, harder but perhaps even more important, to help define possible policies and what they may accomplish.

Saleem's strategy focuses chiefly beyond Dhaka. Although he's involved capital journalists as well, it is the local reporters who he feels have the energy and hopefulness to produce the steady flow of research and writing needed to have an impact. Moreover, it is the local papers that are most likely to publish such materials, in part because many of the articles will be about specifically local issues and in part because the sorts of issues that are the focus of development and environmental journalism are more immediate for those living close to and depending on the countryside. In any case, taken together, these papers reach far, far more readers than the Dhaka press.

A coalition of well-informed and well-supported journalists spread across the country's grass roots could be a formidable force. If this network decided to put a sustained spotlight on the country's environmental problems, for example, it would almost certainly be able to get the country's decision-makers, development workers and, more generally, much of its responsible citizenry to focus on the problem as well. It could also present alternative frameworks for thinking about the problem, e.g., that of the Brundtland Report-a document that did much to propel Saleem into this new turn in his life.

The coalition not only has exceptional energy and direct access to most of the country's newspaper readers, it also has the unique ability both to research a national story by checking the facts all across the country and to write a series of stories for the local press that brings out the local implications of a national story.

Saleem's central syndicate service, Development Features, taps the first of these two, great advantages. It also rewards and encourages the most effective network members by giving their work a national and, in some cases, even international impact.

Saleem's patient work building up the local forums is now beginning to take advantage of the second. For example, in developing stories on certain types of industrial pollution, Saleem triggered a whole series of local stories by circulating a national list of the known major sources of pollution to the forum members in all areas with at least one such source active. He also provided enough technical and health background information to make it possible for his local colleagues to get on top of the issue quickly. Their local investigating, of course, then made it much easier to write a fact-based national article.

Saleem, now 38, has been writing since he was a student growing up in Dhaka. He gradually became known as an excellent investigative reporter as a number of his investigations hit home. In the 1970s, he developed a growing expertise in environmental reporting, which he complemented in the 1980s by focusing more and more on development. In 1988, he founded the Forum for Development Journalists, the Dhaka forerunner of his new national grassroots movement.