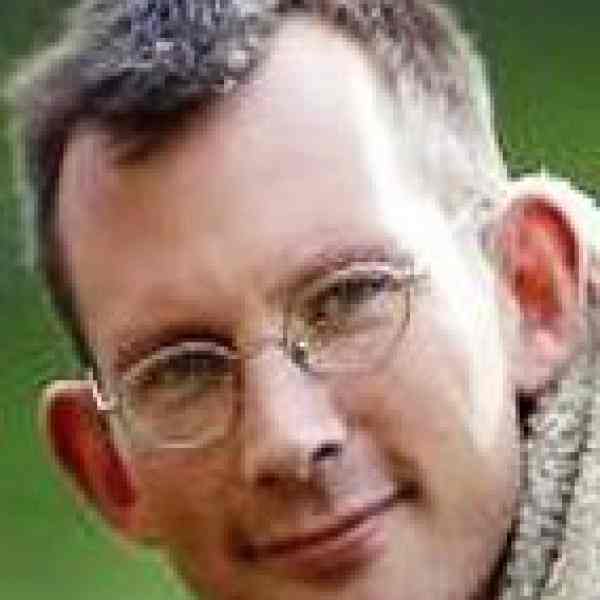 The Transition movement Rob Hopkins initiated provides solutions to the twin challenges of climate change and reaching peak oil, the maximum rate of global petroleum extraction. He is accomplishing this goal by helping communities build a resilient, re-localized alternative to our current perilous trajectory.

Through the model of Transition Towns, Rob has created a way to engage people en masse to tackle climate change practically through a solutions-based and action-oriented approach to reducing oil dependency. A Transition Initiative is a community working together to assess what it needs to achieve sustainability, as well as what it can do to drastically reduce carbon emissions and mitigate the economic and environmental repercussions of reaching the peak in available oil supply. Central to this approach is Transition Towns’ role in developing communities. Using environmental challenges as the impetus, Rob brings people together to act for their community’s common good by stimulating a sense of belonging and helping citizens see the consequences of their actions on the people and places closest to them. As this community evolves, apathy is transformed into positive action, and people’s fear into excitement about what is possible. This bottom-up, citizen-led process has propelled over 1,000 communities and tens of thousands of people to effect positive environmental change on the local level. Already, their combined efforts are resulting in policy changes as local governments join the movement as Transition Authorities. Further, as more people continue to take part, more demand-side pressure is being placed on environmental technology providers to deliver solutions that reduce carbon emissions while building alternatives to fragile oil supply chains, creating more practical options for citizens and communities. Rob’s approach has established a virtuous circle of incentives that is strengthened with the addition of each new Transition Town. Locally, as more Transition activity develops, communities become more resilient to the negative effects of the onset of peak oil. On a broader level, as the Transition Network develops, it becomes more robust with each new member, able to offer a greater range of solutions and opportunities for action. Through his continued efforts, Rob has integrated two separate problems into a single historic opportunity to call entire communities to action.

Two of the toughest challenges facing humankind at the start of the twenty-first century are climate change and peak oil. Currently, both are inappropriately treated as separate issues. By thinking of these issues as independent, Rob believes society runs the risk of lowering emissions without accounting for oil vulnerability as energy prices rise. Climate change supporters as well as those discussing peak oil, advocate for change but fail to inspire citizen-led action because the problems appear too large and overwhelming for an individual to tackle. However, the era of peak oil is heralding a time of ever-declining fossil fuel availability that will challenge the economic and social stability needed to mitigate the threats posed by climate change. Thus, the two must be addressed together.

When faced with environmental messaging, more often than not, individual citizens react with a combination of fear, apathy and denial. The scale of the current problem is simply too overwhelming for people to handle. Often, the individual is not able to realize any immediate or localized benefit from any environmentally conscious actions they may undertake because societal and community structures are configured so that cause appears very distant from effect.

Policy interventions do not provide the stimulus for the fundamental change required. Top-down policy and legislation rarely create incentives for citizens to rise to the environmental challenges facing us all and galvanize mass action. Similarly, technology on its own does not stimulate the behavioral change needed to counter the twin challenges of climate change and peak oil. In fact, there is evidence that technologies aimed at addressing climate change exacerbate the effects of peak oil, as they may reduce overall carbon emission levels while still leaving society overly vulnerable to limited oil supply.

This polarized array of solutions creates no incentive or viable practical options for individuals or communities to act to address this crisis. Despite multiple well-meaning attempts at both micro and macro levels, humanity finds itself dependent on a fundamentally fragile oil supply system that is the cause of potentially catastrophic climate change.

Rob created Transition Towns to creatively engage communities to counteract climate change and reduce oil dependency. Through his 12 Steps of Transition, he brings together tools and approaches that communities can use to maximize their chances of success while also utilizing the passion and skills individuals have within their own communities. By addressing climate change on such a local level, Rob is working to make it more relevant and vital in community members’ everyday lives.

The key components of Rob’s plan are the steering groups involved in each new Transition initiative. These groups plan programs to raise local awareness using the tools provided to them by the Transition Network, as well as by mobilizing and educating citizens on the relationship between peak oil and climate change. Programs often include movie screenings followed by discussion groups, talks by experts in the fields of climate change, and articles in local papers. Once interest has been established, a second round of activity is initiated, designed to stimulate a local movement, often including networking events and the establishment of working groups across many facets of community life. Ultimately, these activities culminate in an Energy Descent Action Plan that includes the views and input of a wide array of civic organizations, public and religious institutions, and opinion formers in the community.

Although each initiative is focused on the specific needs of its community, groups receive practical tools and training as well as inspiration, support and encouragement through the Transition Network itself. Key community members participate in two-day Transition workshops as well as longer train-the-trainer courses. The Transition Towns website (www.transitiontowns.org) also uses an open-source “wiki” approach to gather tools and share stories, experiences and insights and thus develop new Transition Towns. The Network also holds annual meetings and is in the process of establishing national and regional Transition hubs, helping the movement achieve cohesiveness through its bottom-up approach. This open-source structure, where each Transition initiative, community and engaged citizen is valued for their essential contribution, has resulted in the architecture for a broad movement that has grown internationally.

Early successes of the transition movement have been based in the adaptation of existing technologies into a low carbon and oil resilient setting. Energy service companies have been established by Transition Town groups, alternative currencies set up, and local food growing businesses have been established or expanded. In this way, existing technologies that contribute to climate change and/or exacerbate peak oil are transformed and help build local resilience while also reducing carbon emissions.

As more and more activity is captured on the Transition Towns website and more how-to guides are written, more incentives are created for more communities to become Transition Towns and lay the foundation for an improved quality of life through local sustainability and resilience. Resilience mitigates the risks presented by oil supply interruptions and provides fit-for-purpose local alternatives to current fragile economic structures. Between the realization of these quality of life improvements and the psychological power of transforming a problem into an opportunity, Rob has created the possibility for a rich and vibrant future.

As a young man, Rob was drawn to environmental campaigning. In 1992 he began to explore permaculture—a set of design principles used to develop sustainable communities and ecologies as a proactive alternative to the oppositional stance environmental campaigning had at the time. After three years, he began teaching it, and continued to do so for the next ten years. Over that time, Rob developed and taught the first two-year full-time permaculture course in the world at Kinsale Further Education College, near Cork in Southern Ireland. In keeping with his teaching, Rob tried to live as sustainable a life as possible, leading the development of a low impact community at a time when societal acceptance of such activity was incredibly low.

After learning about the urgency of the peak oil dilemma, Rob developed the Kinsale Energy Descent Action Plan with his second year students: the world’s first attempt to design a community-based alternative. When published, this plan was acknowledged as a completely new and innovative approach, and it quickly spread throughout the world. Ultimately, its success prompted Rob’s decision to return with his family to Totnes, England in September 2005 where he initiated Transition Town Totnes (TTT).

In choosing Kinsale and Totnes, Rob partnered with liberal local governments and strong environmentally aware communities, illustrating his ability to find fertile ground to foster his ideas. While running TTT, Rob codified his vision thus creating the basis for the Transition movement, and in 2007 he published, The Transition Handbook: A compendium of the teachings of the Transition model and a how-to guide for setting up initiatives.

In 2008, Rob’s achievements were recognized as he received the Schumacher Award for promoting human scale sustainable development.