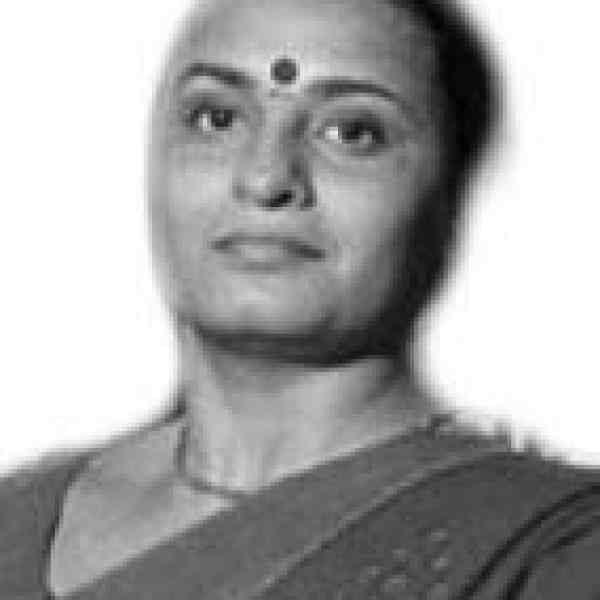 Restaurants consume more energy per square foot than any other retail industry and produce a prodigious quantity of recyclable waste. Ritu is pioneering a new “green-certified” way for restaurants to do business that targets first generation ethnic business entrepreneurs. Her key insight has been to replace the punitive approach for enforcing environmental compliance used by state agencies with a more positive incentive-based strategy.

Ritu Primlani is bringing high impact, practical environmentalism to hard-to-reach minority and ethnic restaurateurs. She founded an organization, Thimmakka’s Resources for Environmental Education, which runs the Thimmakka Certified Green Restaurants (TCGR) program. With TCGR, Ritu demonstrates the significant economic benefits of environmentally friendly practices and helps participating restaurants implement these practices free of charge. By favoring solutions that are simple, that cut down on energy use, and that help restaurants buy supplies in bulk, TCGR helps restaurant owners save money while at the same time protecting the environment. Her “green-certified” restaurants implement at least 60 environmental measures in four key areas: Solid Waste Reduction, Water Conservation, Energy Conservation, and Pollution Prevention.

Ritu brings together all the major environmental stakeholders—community leaders, restaurant owners and employees, as well as government, private, and nonprofit agencies—and provides restaurants with a single point of contact for all their environmental needs. That single point person is a member of the restaurateur’s own ethnic community. State and federal environment and utilities agencies are therefore able to deliver their services and programs through this single point person, removing the barriers of culture and language. Ritu’s program provides a way for non-English speaking business owners to understand civic policies, comply with complex regulations, and become environmental leaders in their communities. Furthermore, TCGR is demonstrating the competitive advantage of environmentally friendly practices and paving the way for restaurants around the country to follow suit.

As a society, we consume an inordinate amount of resources, generating in the process environmental toxins that are devastating to the environment and our own health. Restaurants are among the greatest generators of waste that can be diverted from landfills to recycling and composting; they are the highest consumers of energy per square foot; they have significant impacts on stormwater pollution because of their use of grease and oil; they are high-volume consumers of disposable plastics and paper; they are very high consumers of water; and they consume numerous toxic chemicals, including pesticides and cleaning chemicals.

However, environmental awareness and compliance programs by government agencies fail to reach ethnic restaurants, which comprise at least 25 percent of restaurants in a typical U.S. metropolitan area. For nonethnic restaurants, government agencies generally fail to understand the needs of the restaurant industry, and the result is a low level of environmental compliance there as well. Efforts by state and municipal agencies fail to address the fact that most owners of ethnic restaurants lack the time, financial resources, and language skills to implement environmental programs on their own. Also, owners are subjected to too many confusing regulations from different agencies, and due to language barriers, they are often not aware of their rights or obligations. Consequently, ethnic communities are inadvertently disenfranchised from the environmental movement, and, for lack of knowledge about alternative practices, are creating significant environmental harm.

Government agencies’ inability to reach ethnic restaurateurs results from three key factors. First, restaurants are regulated by many different agencies (e.g., solid waste and recycling, stormwater management, energy conservation, water conservation), each of which provides its own literature and regulations. Second, government outreach is constrained by the need to reach the maximum number of people in the most efficient manner. Reliance on broad-based communication with constituents takes the form of English-language literature accompanied, in the best-case scenario, by a one-time visit from a representative of each agency. Such efforts fail to reach ethnic restaurateurs, in part because they do not build the trust that is so valued by them. Ethnic communities listen to a message least when it is in the form of English literature and most when it is in the form of a personal visit from a member of their own community speaking their native tongue. Finally, health inspection agencies rely on a punitive approach, requiring restaurants to comply with regulations or pay fines. They tend to focus on all that is wrong with a business rather than working with owners to identify and implement environmentally friendly alternatives. While utilities agencies have tried to implement their programs, they have been unsuccessful because of insufficient educated staff to reach out to the owners.

Thimmakka Certified Green Restaurants provides minority restaurateurs tailored environmental outreach that makes environmentalism easy to implement and financially beneficial.TCGR provides translation services, financial subsidies, product purchasing and cooperative buying, and project management services to restaurants free of charge. The Center for Small Business and the Environment estimates that a typical restaurant can produce a 33 percent increase in profits by decreasing energy use by 20 percent. As reported in the India Post, TCGR helps restaurants cut costs “by redirecting on…average 83 percent of…solid waste into recycling and composting,…installing water conservation devices for free, and locating energy subsidies for an average of 80 percent of their lighting installation costs, saving the restaurants large sums in their [gas, electricity,] and water bills.” These services have even helped some struggling small businesses keep their doors open.

Ritu presents her cost-saving and profit-maximizing tool to her restaurateur partners. She conducts a comprehensive financial analysis and diagnosis of each restaurant and offers solutions customized to each owner’s individual needs. She has opened windows to marketing and a broader advertising strategy by placing “green” ethnic restaurants in online dining guides and restaurant surveys. TCGR also provides non financial benefits to participating restaurants, attracting customers to its “Green Certified Restaurants” through press coverage, Web listings, free performances by local ethnic artists, and patron discounts that drive community members to frequent green restaurants.

TCGR conducts systematic outreach to Indian, Tibetan, Burmese, Ethiopian, Persian, Chinese, Thai, Latin and South American, French, Mediterranean, Anatolian, African-American, Moroccan, and Vietnamese restaurateurs. Ritu and her staff achieve this through a volunteer corps of trained multilingual environmental specialists recruited from students at Berkeley and other Bay Area universities. Ritu has had a 95 percent success rate in recruiting the restaurants she approaches. For each restaurant, a member of that particular ethnic community provides customized, one-on-one training in the four key environmental areas. Training is provided in the local languages of the restaurants’ employees and management. Before Ritu launched her program, there were two certified green restaurants in the Bay Area; her organization has since certified 40 restaurants, both ethnic, and nonethnic.

Ritu has positioned TCGR as the environmental representative of member restaurants. The organization works closely with city and county environmental officials, and federal and state agencies partner with her to implement their programs in ethnic restaurants. She has gained the trust of both cities and ethnic restaurateurs, and TCGR has become the sole organization cities approach to reach out to ethnic business owners. Ritu is also engaged at the policy level, advocating for systemwide changes. She serves on the mayor’s sustainability task force for the City of Berkeley, which is redesigning interagency interaction on environmental issues. Her recommendations to the task force include passing a city ordinance to make it illegal for a landlord to deny restaurant owners permission to recycle and providing expedited permit approval for restaurants that indicate an interest in being green.

Ritu is currently expanding TCGR to a statewide program in California, which will require a $395,000 budget with seven full-time staff, three part-time staff, and three interns. She is working with local universities to give college credit to their students who intern at TCGR. The funding base for TCGR includes a mix of foundation support, contracts with cities to “green” their restaurants, and donations from individuals and corporations. Ritu has also implemented an innovative revenue-generation mechanism; she provides translation services for agencies who wish to interact with ethnic communities and this accounts for 60 to 70 percent of the earned income of TCGR.

One hundred restaurants are participating in the program in Berkeley, Oakland, San Jose, Fremont, Union City, and San Francisco. Ritu is now building teams in Miami, San Francisco, and Los Angeles and aims to grow to 200 restaurants by 2006, and 10 percent of the restaurant population in the fifteen largest cities in the United States in the next five years. Seattle, New York, and Philadelphia have also expressed interest, but Ritu’s strategy is to begin at the city level and then expand to the regional and state levels, ultimately attaining national and international status.

Though Indian, Ritu’s ancestry comes from a region of Pakistan known for its business acumen. Her mother taught Ritu and her twin sister to respect all cultures and exposed them to as many different cultures as possible. From childhood, Ritu was taught by her father, a botanist, that by the mere fact of passing by a plant you have a positive or negative affect on that plant depending on how you were feeling at the time. As she grew up, Ritu was deeply disturbed by her realization that those lifestyles called “civilized” or “developed” really do not make sense; they are not sustainable due to overconsumption and the consumption of toxic products.

Ritu earned a bachelor’s degree in geography at Delhi University in 1993. She worked as a cartographer in India and then in the field of geographic information systems (GIS) in the U.S. As an analyst with Environmental Defense in Oakland, California, Ritu worked on GIS programming, Web design, and graphic design. In 1999, she earned an interdisciplinary master’s degree in geography, urban planning, and law at UCLA. Ritu founded Thimmakka’s Resources for Environmental Education while at UCLA after a conversation with a Pakistani friend. She decided to start an organization that tells people why, and how, to care for the environment. She believes that this education should be economically viable for all classes, practical (simple things we can do that make a great difference), and have a special focus on underserved communities. Recognizing the need for environmental awareness within the ethnic community and ethnic restaurants’ position as the hubs of their communities, Ritu launched her Greening Ethnic Restaurants program, now called the Thimmakka Certified Green Restaurants program.

Ritu’s father, who taught her to think for herself, to not accept injustice, and to act on her convictions, is one of the most powerful influences in her life. She has also been greatly inspired by Saalumurada Thimmakka, the untouchable woman in Karnataka, India, who adopted 284 banyan trees when she learned she could not have children. Forty years after tending them, she received the Indian prime minister’s award for social forestry. From this example, Ritu learned that you don’t need special expertise or resources to be an environmentalist, and this has been the guiding principle for her work.

Ritu has received numerous awards for her efforts with TCGR, including the U.S. EPA’s Environmental Achievement Award and the California Governor’s Award in 2003, the Environmental Leadership Fellowship in 2003, and the San Francisco Bay Area Hero Award, Volvo for Life Hometown Hero Award in 2004, the San Francisco Bay Area Community Hero award in 2004, named as one of the top 40 business leaders in the East Bay under the age of 40, and named as one of the top 50 environmental leaders in the United States today by Organic Style magazine, in their annual Environmental Power List listing.