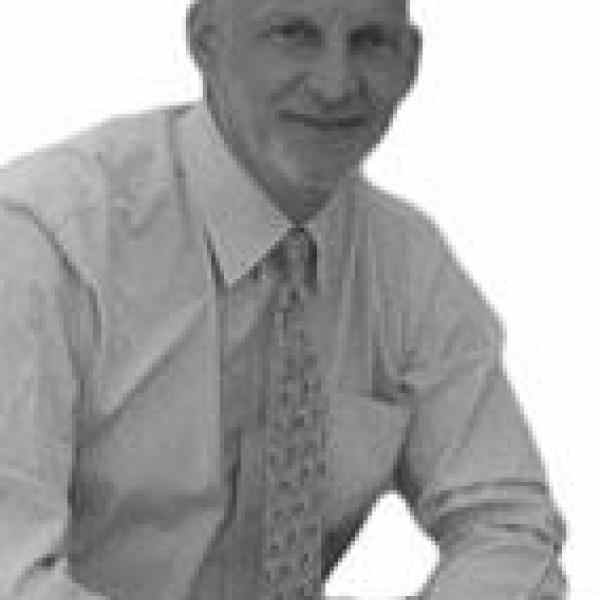 Check out this video for more on Rick's ideas:

For decades, Rick Aubry and his Rubicon Programs have helped the homeless and other marginalized groups to permanently escape poverty through a model that combines service provision and care with job training and professional skills development.

Rick has developed a unique business model to provide the homeless, disabled, mentally ill, ex-offenders, and other marginalized groups with the support services and job skills they need to secure a career and ultimately independence. Recognizing that vulnerable and disadvantaged populations need a comprehensive solution that addresses a wide spectrum of needs, Rick transformed a small-scale job training program for the homeless into a collection of services that take into account everything from mental health counseling to adequate housing to help with bill-paying. In so doing, he became the first to integrate and streamline the large number of previously disjointed programs offered by a tangled web of public and private service providers. In addition, to provide his clients with hands-on job training and a stable income, Rick went on to build a number of thriving businesses that now operate across the country, pioneering a model for sustainable social enterprise.

Through his organization, Rubicon Programs, Rick has helped to transform the lives of more than 40,000 people across the U.S. He is now developing an incubator for similar social business efforts around the country, and aims to create a powerful blueprint for a new kind of nationally scalable social business with the potential to dramatically deepen the impact of the citizen sector. Thanks to these innovations, Rubicon Programs continues to serve as a powerful example for other citizen organizations (COs) around the world looking to design sustainable social enterprises.

In the early 1980s, a wave of deinstitutionalization of the mentally ill swept the U.S., resulting in a sharp increase in the number of homeless people in the country. These individuals were left to fend for themselves, without the job skills they needed to secure independence. Moreover, because employers are often reluctant to hire employees with criminal backgrounds and little job experience, the homeless and other disadvantaged individuals—including ex-offenders and the mentally ill—continue to find it difficult to get their foot in the door. At best, they must settle on part-time work with no healthcare; at worst, they are left to depend on welfare services and palliative help for food and shelter. Many get stuck in a cycle of dependency and despair that inhibits their ability to pursue any long-term career path.

When Rick first began his work, there existed no comprehensive model of support for the unemployed and other such low-income populations, forcing those in need to navigate a fractured system of citizen sector and government programs to receive adequate housing assistance, mental health care, and job training. The lack of available jobs and the absence of an integrated approach to addressing the myriad causes of poverty and homelessness together were conspiring to create a state of perpetual homelessness.

Rubicon Programs began in 1973 as a community effort to help the homeless and mentally ill in the Richmond, California area. Joining Rubicom Programs as the executive director in 1986, Rick transformed what was once merely a small drop-in center providing mental health services and a fledgling job training program for the homeless and mentally ill into a pioneering model for comprehensive poverty alleviation. Shortly after he arrived at Rubicon, Rick realized that Rubicon’s services were not enough to truly assist the homeless and mentally ill transition out of poverty. While mental health counseling was helpful, clients faced a series of practical barriers that locked them into a cycle of poverty—including a lack of housing, job skills, and career track record. Moreover, they were often unable to navigate the public assistance bureaucracies that might offer help.

Rick began to broaden the scope of services to help alleviate such obstacles. Over the years, Rubicon created a wide breadth of services that include temporary and permanent housing for formerly homeless families, mental health counseling, and a bill-paying program for those who have trouble with the logistics of self-sufficiency, as well as a remediation program for fathers who’ve defaulted on child support payments, among many others. Rather than having to navigate a network of both public and private service providers to get the necessary support, Rubicon’s clients meet with a case manager who acts as a single point of contact regarding a wide range of opportunities and support. A groundbreaking approach at the time, this manner of holistic services is now a well-accepted means of serving the formerly homeless.

In addition, Rick realized that Rubicon clients needed jobs and a sound career path in order to truly escape poverty. He thus built a series of businesses designed to provide clients with valuable job skills that would put them on a path to a long-term career. In order to supply enough jobs to employ newly trained workers, Rick sought to create businesses that could compete in the market and rely on a solid consumer base rather than traditional government contracts. To this end, he built a successful landscaping company and a gourmet bakery to employ clients in the program. Rubicon Programs thus became one of the first organizations to pioneer the concept of sustainability in the non-profit world—now widely recognized as “social enterprise”—and it remains one of the most successful.

Rick recently launched the “second act” of his career, raising funds to start an incubator called Rubicon National Social Innovations (RNSI) to explore models for social enterprise that can scale nationally. Most efforts in this arena focus either on adding cottage businesses to existing non-profits or on helping the ensuing small businesses become more sustainable. RNSI, by contrast, is the first initiative to bring together for-profit entrepreneurs, the hybrid-funding venture community, the foundation world, and the social enterprise world in a collaborative process intended to hatch a winning business plan.

In 2009 Rick and the Rubicon board decided to launch RNSI as a new organization to be led full-time by Rick. As “the laboratory for scaling social enterprise” the RNSI team has already started working in cities across the U.S. to create national social enterprises, and to work with both corporate and nonprofit partners also interested in creating scaled impact through the creation of businesses that have a significant impact on addressing inequity and poverty.

Rick’s partners include a number of foundations and COs, such as, Architecture for Humanity, which is helping to surface new uses for discarded materials from the demolition industry in order to turn it into a more viable commercial opportunity.

Rick’s pioneering work in social enterprise has become a global reference point for those seeking secure revenue streams for the citizen sector. Once considered a mere oddity, Rubicon has helped lift 40,000 people out of poverty, and now hosts a steady stream of national and international visitors looking to learn from its example. In 1991, Rick’s Rubicon Programs was chosen by the Roberts Enterprise Development Fund to lead its experimental portfolio intended to explore how the concept of social enterprise could help non-profits achieve greater scale and impact.

If RNSI succeeds, it will truly have broken new ground for the field, given the current dearth of nationally scalable strategies for social enterprises. By enabling other COs to expand nationally and meet the employment needs of large numbers of low-income people, Rick is hoping to create the Western world’s equivalent of microfinance for the poor.

Rick grew up in a family of Russian immigrants. His grandfather opened a gas station in New York City, and Rick spent summers pumping gas or working in his father’s clock making business. In college, Rick applied the work ethic and sense of agency he had learned growing up to his love of music. He became a campus rock concert promoter, with the goal of making the music he loved more accessible and affordable to everyone. Rick continued along this line of work in his early twenties, during which time he had his first entrepreneurial learning when he tried (and failed) to found an alternative music nightclub in Boston.

He grew interested in the alternative mental health care models that began to take off in the mid-1970s, and went back to school to get a degree in psychology. During his schooling and upon graduation, he spent some time working on a few of these alternative models before he landed with Rubicon Programs, where he had a chance to fuse his entrepreneurial skills with his new knowledge of mental health treatment.

Rick arrived at his current inflexion point—the launch of RNSI—through many years of trial and error with Rubicon’s enterprises (i.e., a home-care business that ultimately closed due to a lack of sustainability). In 2006, Rick realized that Rubicon Bakery would be a nearly impossible business to expand because of the perishable nature of its high-end baked goods. While he could get cakes into every grocery store in the region, he was hindered by the fact that they only keep a few days. In response, he partnered with an experienced food chemist to invent a gourmet candy that would be shelf stable. The result—a chocolate covered meringue—debuted in July 2008 in Whole Foods.

Rick’s tenacity and entrepreneurialism has made him a recognized leader in the field. He teaches social entrepreneurship at Stanford University and has written numerous case studies on the subject. Rick is also the 2009 chair of the World Economic Forum’s Council on Social Entrepreneurship.