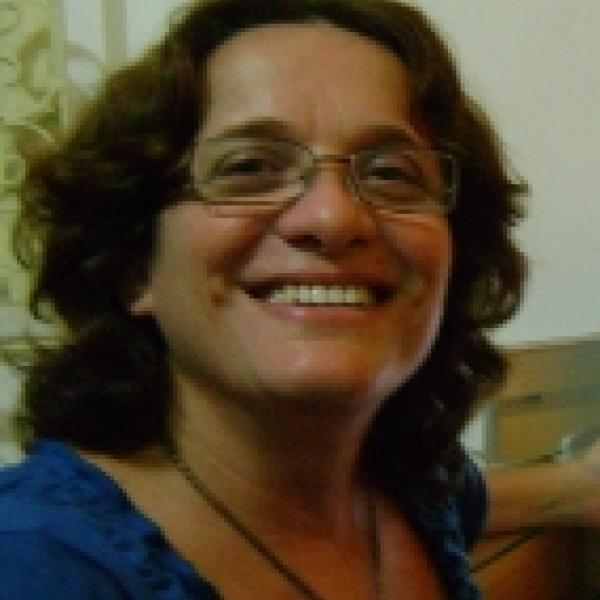 Regina Cabral is tranforming the education system in the state of Maranhão and beyond to ensure that all educational opportunities crafted for youth are closely integrated with their own development needs and that of their communities. Regina is infusing the public high school curriculum with professional and entrepreneurial education thus unleashing the true productive potential of each region where she works.

High school education in Brazil, for the most part, fails to prepare youth for university and the professional world. Regina is addressing this issue by transforming the way public education is delivered, starting in one of Brazil’s most underserved states: Maranhão. The basis of her work entails the integration of three goals: The development of entrepreneurial abilities at a young age, the promotion of citizenship, and the enhancement of local development through teaching, research, practical experiences, and student-led community projects.

Before establishing her Centers of High School Education and Professionalization (CEMPs, by its Portuguese acronym) Regina undertook a study on the state of high school and professional education in Maranhão. The study was financed by UNICEF and gave her the opportunity to analyze hard data and most importantly, to learn from youth about their needs and desires relating to education. The CEMPs emerged from the realization that youth education needed to be closely linked to the working world and local development for it to become relevant and impactful.

The model is firmly based on the idea that, even in precarious situations, youth can develop the necessary critical thinking skills to become agents of change and create community-led solutions. The new school curriculum developed through CEMPs trains educators in new and improved teaching methods and allows students to gain both knowledge and skills through a combination of ”traditional” classes and the development community projects supported by Formação, Regina’s organization. These projects do not simply serve the purpose of enhancing young peoples own development, but are designed to also contribute to the economic development of the region. Regina has already created seven CEMPs and more than 1,000 youth have graduated from this new high school model. Her approach holds promise for the country as a whole, as it is integrated within the public education system and enjoys great support from the citizen sector, the Ministry of Education, and UNESCO—an intricate part of her national spread strategy.

Access to adequate secondary schooling is one of Brazil’s biggest challenges in the field of education. Years after guranteeing universal primary education, federal, state, and municipal governments have yet to make progress on ensuring access to high school education in Brazil. According to the Institute of Applied Economic Research (IPEA) in 2007, while there were 136,903 municipal primary schools throughout the country, it only could account for a total of 17,874 secondary schools nationwide; rendering high school education out of reach for more than 1 million Brazilian youth. In addition, of those who graduate from elementary school, only 48 percent continue their studies and only 13 percent of the population pursues university degrees. This is alarming. as the Brazilian economy continues to grow, the demand for a highly educated work force also increases.

In addition to needing to create better conditions for youth to access secondary education, the prevalence of high school drop out rates throughout Brazil points to the fact that the content taught must also undergo profound transformations. The current high school curriculum does not give youth the full set of skills and abilities they want, or what they need to enter the job market, become critical thinkers, and active citizens. Education remains quite theoretical with very little space for creativity and experimentation. Acquiring experiential and experimental experiences in a diversity of subjects is instrumental to prepare youth to enter the professional world. Because of lack of appropriate training and continuing education opportunities, teachers are also ill-equipped to respond to these needs. Unfortunately, the lack of coordination and sometimes tension that exists between municipal, state, and federal jurisdictions also makes it difficult to incur changes that increase the quality and relevance of the education system.

Youth in Brazil are among the most vulnerable: Unemployment rates for this population are extremely high and few personal and professional development experiences are available. The situation is most pronounced in underserved areas of large urban centers as well as in the interior of the country, the Northeast most specifically. The prevalence of poverty in those regions and low economic development rates contribute to a culture of passiveness and apathy. With a high unemployment rate and the frustrations it entails, violence is becoming a common coping mechanism. These circumstances lead many youth to leave their hometowns in the pursuit of work opportunities. Many end up working under extremely poor conditions on farms and plantations in other states such as Mato Grosso, Sao Paulo, Pará, and the south of Maranhão.

The idea of establishing Centers of High School and Professional Education (CEMPs) emerged in Regina’s mind in 2003, as she was developing a thorough study of the education system in Maranhão. The research was underwritten by UNICEF, led by Formação, and most of its inputs came from the youth. Instead of crafting just any project relating to youth for UNICEF, Regina decided to map the needs and desires of youth within the realm of the regular education system. She examined high schools and professional education institutions throughout Maranhão and retrieved public information from the Secretariats of Education, corporate-sponsored schools (referred to as Sistema S in Brazil), and public and private schools. She also used studies on Brazilian legislation relating to high school education, professional education, and the potential economic development of Maranhão. As part of her research, Regina facilitated a series of debates and ran various surveys with students, teachers, school principals, parents, and Secretaries of Education. The seminars she ran with youth were of particular importance to her approach because they allowed her to establish a strong dialogue about their current educational needs and deisres. Regina did this not only to gather the best data possible, but to empower the youth in leading the development of a new system of education for Maranhão.

Regina used this analysis to create—with the youth’s participation—a series of courses that would eventually be implemented in the CEMPs. In 2004, the first CEMP was established in the municipality of São Bento, Maranhão in partnership with the Municipal Secretariat of Education. In 2005 Regina opened another CEMP in a neighboring city, Palmeirãndia, and by 2007 seven new centers had been launched in Baixada, a rural region with the lowest human development index in Maranhão. The CEMP framework is structured around three pillars: 1) a General Education program, which corresponds to the regular curriculum as established by the Ministry of Education 2) a Professional Education program established with the region’s strategic development needs in mind: Each class was crafted to contribute to an enhanced quality of life and to the establishment of local ventures in the region and 3) an Incubator of Productive Projects: Be they social, economic, or cultural. By bringing these three critical elements together, Regina is adding applied research and entrepreneurial experiences to the high school curriculum in a way that had never before been done in Brazil. She is doing so in close collaboration with teachers and educators who receive continuous training and help adapt the curriculum.

Regina is thus giving youth the opportunity to take leadership roles in their own education, making it more relevant to them and their communities, and preparing students more appropriately to enter the job market as creative, critical thinkers. For example, CEMP youth act as tutors in adult literacy classes; they develop educational campaigns and seminars about local development, health, sanitation, and environmental issues; and they undertake research on the productive potential of their communities, among others. More than 1,000 youth have graduated from Formação’s three-pillared education framework. Through the Incubator, Regina has organized market fairs to enable students to market their agricultural products, sweets, preserves, and crafts in cities throughout the region.

Regina has established strong partnerships with organizations such as the Kellogg Foundation, UNICEF, UNESCO, Caixa Econômica Federal, Fifa, and Instituto Oi Futuro. As a result, she has been able to open seven CEMPs, which, in the span of four years, have very concretely contributed to the local development of Maranhão. Formação has fomented the work of more than 90 student-led productive projects, including two agro-industrial projects, an industry not previously represented in the region. As a result of its strong focus on offering well-rounded learning experiences to its students, Regina’s organization has also established 13 Information Technology Centers with 107 computers with Internet access where courses are administered. The youth have thus learned how to create animations, videos, and even websites. At the end of 2008, Formação and the Maranhão’s Foundation for Research Support began a partnership to create a technology hub in Baixada, to enable youth to begin income-generating projects through projects related to information technologies. In addition, the organization, SERVLAGOS, is being created to help alumni of the program become technicians and enter the workforce.

Now that youth and educators are mobilized and collaborating, Regina is focusing her energies on two other important goals: The creation of the first local public university in Maranhão and the establishment of a community foundation. The first will allow Formação to extend its work in supporting the state’s development potential, and the second will contribute to the creation of a permanent fund aimed at financing local development community projects. In parallel, Regina is building a spread strategy for the CEMPs to reach every region of Brazil through a partnership with the Ministry of Education and UNESCO.

Regina was born and raised in the interior of the state of Maranhão. She learned from a young age to observe and identify the potential of people and places. Regina was always surrounded with great educators in her family, school, church, and community. Regina parents played a crucial role in her life. They acted as mentors and sacrified a lot to ensure that she would have access to the best education possible.

In 1985 Regina was invited to coordinate a youth and adult education project that included 100 classes from rural and urban areas of São Luis, Maranhão. She also led Brazil’s Network of Literacy Support for a period of six years. It was during that time, at a young age, that Regina was able to truly get to know her country and its education systems various challenges.

Immediately thereafter, Regina was invited to become the Education Coordinator at the Education Secreatriat of São Luis and took on the role of Undersecretary of Education. After leaving these government posts, she was later invited to consult for the Ministry of Education where she stayed for three years. Although Regina is a great defender of public education, she realized that government bureaucracy was not compatible with her working style and her aspirations for large-scale change. She left the ministry to pursue bigger dreams. Regina then established Formação, where she has been tackling the challenges of increasing the quality of education while making it locally relevant and intricately linked with Maranhão’s development needs. Despite the precarious situation of her state, Regina has never stopped believing in and serving, its great potential.