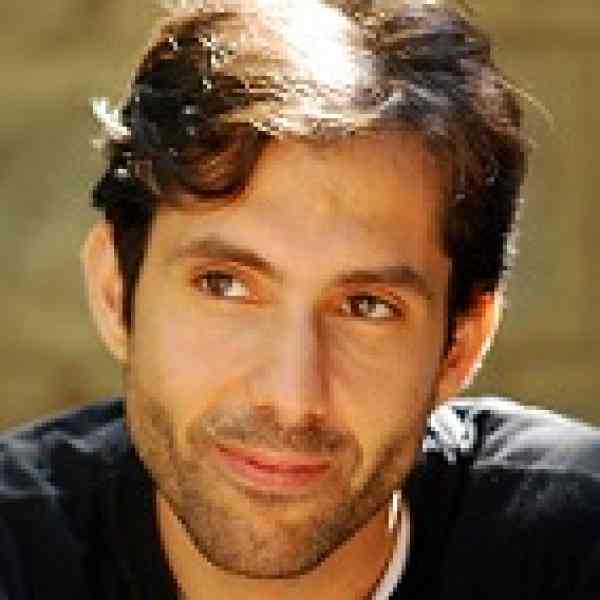 Ramzi is systematically changing how people in the Arab region access and process information. His organization, Visualizing Impact (VI), seeks out reliable but often buried sources of data and facts about pressing social justice issues. He then presents the results in visually appealing, easy-to-understand infographics that tell a visual story of the facts that might otherwise be misrepresented by special interest groups or go unnoticed. By making this information accessible, Ramzi is not only bringing harsh social injustices to the forefront of public attention but creating a new demand for verifiable data that can lead to new thinking and citizen behavior around a problem. For example, VI’s initiative called Visualizing Palestine is changing the narrative and modes of thinking about a country, people and conflict that is so often misunderstood by and misrepresented to the outside world. Ramzi works with organizations to help them move beyond promoting their own agenda to, instead, identify a particular issue and use data from reputable sources and multiple angles to provide their audience with both the context and specifics to take effective steps to address the problem.

Ramzi is spreading his new methods for using visual tools to communicate social justice issues through higher educational programs and through targeted media channels. Ramzi is also helping individuals learn how to produce their own visual data through workshops and an online toolkit. His goal is to shift the culture from consumers of biased, incomplete and mis-information to informed citizens with their own ability to galvanize public opinion and pressure decision-makers to address social injustice.

Information, data and facts on the ground are often misrepresented, misreported or they even go unnoticed altogether. Governments and media, much of which is government owned, may not have the resources to disseminate critical and important information or may have other reasons for withholding certain facts that would go against the main narratives they promote. Consequently, disinformation and a lack of understanding of the real situation is all too commonplace.

The research and data that does exist often comes from multiple sources, is raw and unrefined and may lie buried in dense and extensive reports that are nearly impenetrable to most citizens. The number of people who actually read the reports issued by citizen organizations (COs) and international organizations regarding facts on the ground is limited to scholars, human rights professionals, and activists. Many COs working on these issues would benefit from being able to use this data and information to present facts in a clear and understandable way to key audiences, and to improve the effectiveness of their social change strategies.

Currently, in the Levant region, there is little effort being made to present structured, disciplined and clear information that can educate citizens and direct their thinking in positive, fact-based ways. As a result, a gap exists between the on the ground realities and the presentation of those realities through existing media outlets. In particular, the entrenched partisan, toxic and one-upmanship nature of the Israel-Palestine conflict makes disinformation and misrepresentation a real issue. Fact-based thinking has been yet another casualty.

Recognizing that there is a need to present information in an accurate and compelling way to inform decisions and spur citizen action, Ramzi created the organization Visualizing Impact and its first strategic initiative, Visualizing Palestine. Through his work, Ramzi targets COs, universities, and media to integrate the use of reliable data and visual storytelling tools around key priority social issues.

Through Visualizing Palestine, Ramzi’s first line of strategy is working closely with local COs which have already gathered their own research and data. He helps them identify the main issues that they want to address and captures the social problem they are working on in a visual story that is based on verifiable data representing multiple sides of the issue. In this respect, he encourages organizations and institutions to examine the whole spectrum of an issue, representing all facts as well as the larger context, and then to provide open source information with free public access. Examples include data visualization on unfit drinking water in Gaza or detainment of Palestinians without charge or trial. He then works directly with larger international organizations to disseminate the infographics and stories.

To change media narratives that influence public opinion, Ramzi also reaches out to media, including TV channels and newspapers. Seventeen different media channels have used Ramzi’s infographics, including The Huffington Post, Al Jazeera, Fast Company, The Daily Beast, The Daily Star, Monocle, FM4, and Al Arabiya. He has found that the media is a key audience that is eager to show his visual stories and can disseminate the stories to a large audience.

Beyond these three target institutions, Ramzi is also teaching individuals directly how to produce their own visual data. He and his team hold workshops in the Levant region regularly with members of COs and media professionals. He has also developed an online toolkit that will be available for free for anyone to access. Visualizing Palestine team members guide interested actors who want to adopt this approach in their organizations by helping them identify which data to use, how to tell the story, and how to reach their audience to produce the desired impact.

To date, Ramzi has worked with thirty-five COs, transforming hidden data about social justice issues into visual data. Some of these organizations include the World Health Organization, Oxfam, Emergency Water Sanitation and Hygiene in the Occupied Palestinian Territory, the Institute for Middle East Understanding, and the US Campaign to End the Israeli Occupation. With the US Campaign, Ramzi created infographics that were used as billboards in Washington DC metro stations and around the city as part of an awareness campaign before the American Israeli Public Affairs Committee took place in March 2013.

Visualizing Impact is registered as a benefit corporation as it was the best option in the Arab world to balance a commitment to social impact and to make the organization financially sustainable. This allows him to charge companies a small fee for visualization stories that they want to disseminate. Ramzi does not however, charge local COs and other community organizations. His organization relies heavily on grants and partnerships as well as individual donations.

Visualizing Impact is registered as a benefit corporation as it was the best option in the Arab world to balance a commitment to social impact and to make the organization financially sustainable. This allows him to charge companies a small fee for visualization stories that they want to disseminate. Ramzi does not however, charge local COs and other community organizations. His organization relies heavily on grants and partnerships as well as individual donations.

Ramzi’s long-term plan is to build state of the art technology for data visualization and tools to empower changemakers to tell their stories. Amidst an air of confusing narratives driven by mixed interests, Ramzi is promoting a culture of informed citizens, COs, and policymakers who can make more accurate decisions once they are provided with the hard facts and information they need to understand the full breadth of an issue. After Ramzi establishes a solid base with changemakers in Palestine, he will expand to other countries. He is proceeding with caution to ensure the quality of the knowledge transfer and to strategically select non-partisan partners.

Shortly after birth, Ramzi’s family relocated from Jerusalem to the United Arab Emirates due to his father’s exile. Despite having lived abroad for most of his childhood and early adult years, his legal status has always been a temporary one in every country he’s resided in.

Ramzi’s passion for design led him to complete a degree in engineering in 2008 from McGill University in Canada. There he was exposed to the multicultural and diverse city of Montreal and led the Arab Student Association. After graduation, Ramzi pursued internships and jobs in the field of structural engineering in Paris and then moved to Dubai for a permanent position, where he contributed to the structural design of the columns of the Dubai Pearl towers.

During this time Ramzi became inspired by TED which satisfied his second passion, for knowledge. He was so inspired that he traveled to India to attend TEDxIndia and left committed to organizing TEDxRamallah in Palestine. He had spent so many years outside Palestine and saw that the majority of those outside Palestine are unaware of the reality facing Palestinians. He quit his job as a structural engineer in Dubai and moved to Ramallah where he spent two years living and exploring communities in Palestine looking for inspirational stories and speakers for TEDxRamallah, which he co-curated with Joumana al-Jabri.

Through this experience, Ramzi recognized that there is a huge contradiction between what is happening on-the-ground in Palestine and the false narrative that exists in mainstream media. Thus, he decided to start Visualizing Impact with a global vision of transforming social injustices into visual stories with facts and a context that more people can reach, understand, and retain. Given that Ramzi had been consumed with leading teams in Ramallah, Beirut, and Amman to organize TEDxRamallah in three cities, in addition to his Palestinian roots, he decided to start with Visualizing Palestine.

Since Ramzi started Visualizing Palestine, he has been recognized by Al Jazeera, the Institute for Middle East Understanding, Global Voices, and many other organizations. Oxfam elected Ramzi from 2010-2013 as an Action Partner in their International Youth Partnerships program, which is a global network of people working for social change. In 2012, he was also selected for the Stanford Social Entrepreneurship “Ripples to Waves Fellowship”, part of the Stanford Center on Democracy, Development and the Rule of Law. Ramzi also co-founded OnlineCensorship.org, which allows people to crowdsource all actions of censorship by private companies and use Thaber, which creates algorithms based on behavioral economics. Using his personal and professional experience, Ramzi is working at the intersection of technology, design, research, and information architecture to cast stories of social justice in an original light.