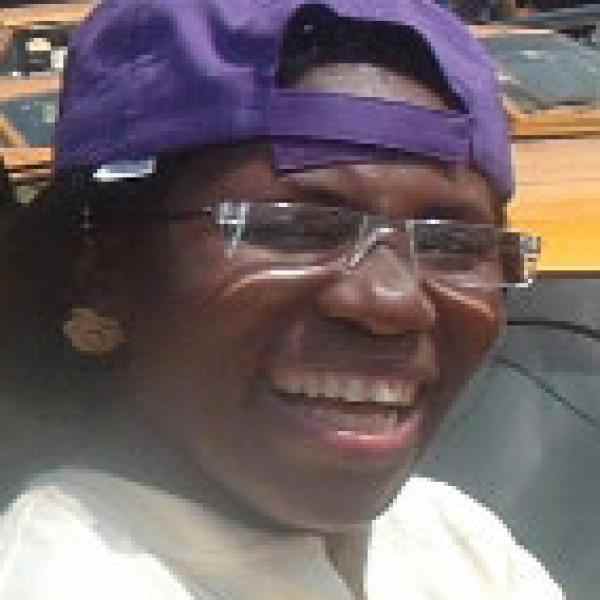 Princess Olufemi-Kayode is breaking the silence about the sexual abuse of children in Nigeria. She raises public awareness and seeks institutional support to meet the needs of abused children and to prevent the long-term effects of abuse from seeping into the health, safety, and productivity of Nigerian society.

Leveraging her position as a public figure, Princess reaches out nationwide through print and television media to children who may be suffering abuse and to family members at a loss about how to address the problem. From practical information such as identifying the non-physical symptoms of abuse to decrying media mishandling of abuse cases, Princess shifts the dialogue away from family stigma towards individual healing. This effort exposes the problem and brings children’s experiences to light. She knows that this shift in perception and behavior is the first step to mitigating the long-term consequences of sexual abuse.
Princess capitalizes on the opportunity to not just expose, but begin to treat and solve the issue of child sexual abuse. She launched a hotline with a national referral network to begin to process and support the groundswell of need. In addition, Princess has developed a crisis center model that completes her vision to focus more skilled attention on the immediate safety and long-term health of sexually abused children. The crisis center will address the need for medical care, emergency shelter, forensic lab work, and the training of competent child mental health professionals. As more sexually abused children begin to speak out and heal thanks to her interventions, Princess is constructing a national network of allies to facilitate the replication of the crisis center model and serve as champions across the country.

Child sexual abuse is an alarmingly widespread problem in Nigeria. Transcending all ages and both sexes, the problem is hidden by taboos about issues deemed “family matters” and concerning sexuality in general. In Nigeria, where large extended families often live together, opportunities for abuse are more common. Even in urban areas where the number of family members in one house is smaller, families will often host relatives for weeks at a time. It is estimated that in Nigeria one in seven boys and one in three girls will be sexually abused before the age of eighteen.

Even the shortest episode of abuse can have long-term effects on a child’s psychological and physical well-being. Most responses focus on punishing the abuser, for example, when an older male has “defiled” a young girl and less attention is placed on same-sex abuse and cases where the abuser is female. None of these responses properly addresses the needs of the child. An inadequate response can exacerbate the problem and denies the child validation of the pain and confusion he or she may feel. This pain can be internalized with detrimental results.

As with other forms of abuse, children who have been sexually abused may later become abusers, creating a cycle of violence that is difficult to break. These children are also more likely to engage in high risk sexual behavior and the stakes are high in an era of HIV and AIDS. In addition, these youth may struggle with low self-esteem, are less likely to finish school, and girls are more likely to have early and frequent pregnancies.

Taboos about privacy and sex prevent a healthy dialogue about the problem from taking shape. Resources available to children who have been abused are not comprehensive and are sometimes misleading. Some literature even places a portion of blame on the child. If the sexually abused child or a safe family member does seek recourse, they are faced with limited options. Police and law enforcement have no established protocol for responding to abuse allegations in a sensitive manner, and removing a child from an abusive situation is difficult and often fails. Nigeria’s few forensic labs are unable to provide adequate testing for rape. Mental health resources are scarce, with few agencies specializing in children’s needs and a limited understanding of what constitutes sexual abuse. Citizen organizations that deal with related issues of domestic violence or children’s health are ill-equipped to treat and support sexually abused children. The result of these inadequacies is a cultural ignorance and societal failure that allows the problem to continue and the long-term effects to fester.

Princess’ strategy evolved from basic media outreach to a national effort focused equally on public awareness and healing for sexually abused children. After publishing poems to process her own experience of sexual abuse, Princess used her celebrity to incite dialogue about child sexual abuse and its consequences—while “women’s columns” discussed fashion and recipes. Her growing network of support within the media became the center of her initial strategy to form her organization, Media Concern, in 2003. To shift public perception in the press, Media Concern monitors media coverage of child sexual abuse cases, maintains a media manual for journalists on the subject, and recently launched the Yellow Ribbon Awards to recognize balanced and progressive coverage of child sexual abuse cases. These strategies have become models to awareness of other controversial subjects such as domestic violence, prostitution, and trafficking.

As sexually abused children and their family members began to reach out to her, Princess used this opportunity to develop a telephone hotline for counseling and support. The hotline has generated an enormous response—processing over 2,000 calls during the first two years. Princess negotiated toll-free numbers for the hotline with Nigeria’s top three mobile providers. Landlines in Nigeria are unreliable, and nation-wide toll-free numbers can be difficult to obtain, but Princess continues to work with the national telecom company to widen access to the hotline as much as possible. Many callers just need someone to listen, to be reassured, and have their pain and confusion validated. The hotline reinforces Princess’ vision of a movement focused on individual trauma and healing. However, Princess rightly anticipated that many more would be in need of direct, and often urgent, services. To respond, she developed a referral network of sympathetic service providers in various regions of Nigeria. Few, however, focused full-time on child sexual abuse. To strengthen the network of support, Princess identifies and cultivates people who have benefited from the hotline’s support and recognize the broader implications of her work to become local support hubs for others in their region. This has been especially powerful in northern Nigeria where there are few service providers addressing any related issue. This network will spread her crisis center model. Princess also expanded her board to represent the wider mission, including not only leading media figures but citizen and business sector leaders, a member of the clergy and a physician.

Princess realized that as her awareness work brings more and more children out of the shadows, the enormity of the issue can no longer be adequately handled by the referral network. The hotline has referred 500 cases, and Princess takes many children into her own home. The crisis center model is designed to develop institutional capacity to stem the long-term effects of child sexual abuse and fill the gaps in the response of law enforcement, medical, and mental health personnel. (The referral network will still play a critical role.) Along with capacity for ongoing counseling and support, the crisis center will be able to dispense emergency contraception, administer rape kits and collect forensic evidence (most hospitals do not) for possible litigation. Princess is also negotiating with the Nigerian Institute of Medical Research to be able to dispense post-exposure prophylaxis for HIV and AIDS. These early interventions are critical, as they identify trauma and initiate healing. Princess is negotiating funding for the first crisis center in Lagos.

Since the launch of the hotline, Princess has trained volunteers (most with backgrounds in counseling) and mental health professionals to work with sexually abused children and she plans to grow this aspect of her work through the crisis centers. Her training efforts seek especially those who have experienced sexual abuse, to be able to engage children in a positive process that will reinforce their own healing.

To better represent her two-part mission, Princess has formed an umbrella organization to encompass the media and awareness efforts as well as the hotline and crisis centers. The former reaches nation-wide and the crisis centers will use a franchise model as well as her national network of allies to expand across Nigeria.

Since 1978, Princess has published poems to process her two experiences with sexual abuse—at a young age and again in her teens—to reach others abused as children. Discovered by the publisher of the Nigerian daily The Guardian, in her early twenties, Princess began to rise in the media world, working in print, television, and radio. She focused all her efforts on child sexual abuse, eventually landing a weekly two-page column in Punch. She developed a devoted audience and joined a small community of socially engaged journalists. Princess worked briefly at Journalists Against AIDS (founded by Ashoka Fellow Omololu Falobi) and gained national media contacts and international citizen sector experience.

While researching a book on sexuality, Princess discovered articles detailing the long-term psychological and behavioral effects of sexual abuse. She immediately recognized herself in the profile, and understood at long-last her years of high-risk behavior and unhealthy relationships. She realized the impact on Nigerian society with an undoubtedly large number of untreated young people in similar situations.

Four years after she launched Media Concern to raise awareness about and address the psychological wellness of sexually abused children, Princess completed her secondary school diploma equivalency exam, and is pursuing further training in psychology and law.