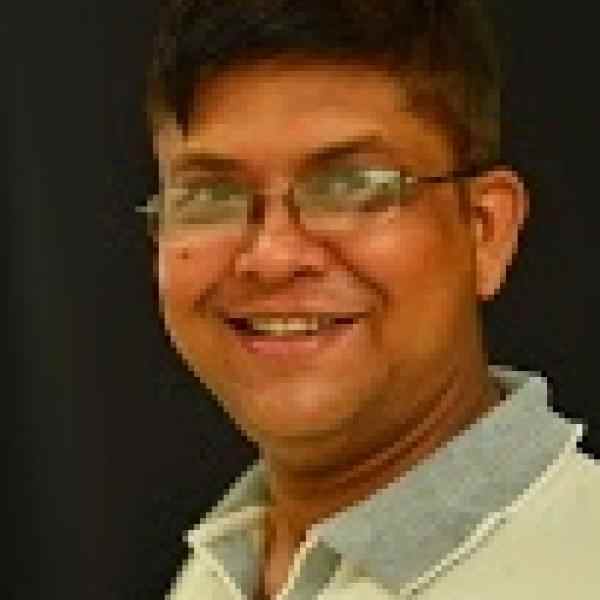 Pranjal Baruah is organizing farmers in Assam around mushroom cultivation. He puts farmers in control of their produce through his land-to-lab strategies and training and support for "mushroom entrepreneurs." In addition to creating new livelihood opportunities for thousands of unemployed youth and landless families in Assam, Pranjal is developing a new market for mushroom consumption. By federating farmers, he is creating systems that aim to put an end to farmer exploitation in the northeast region.

Ending exploitation of farmers is one of the toughest of challenges in Northeast India's political economy. Organizing farmers has proven to be a dangerous endeavor in the past. Realizing this, Pranjal Baruah works through the medium of mushroom cultivation, a fairly new crop that is not yet tied to territorial middlemen, to organize farmers. He is developing systems for every point along the mushroom cultivation chain–from spawn to market. To strengthen farmers' control over their crop and their market, he has established a mushroom farmers' network. By standardizing price and quality, he gives power to the farmers to collectively demand a fair minimum price. They also have greater freedom in deciding to whom and where to sell their crop. He feels that the farmers' unified voice is their only chance at growing their businesses to a point where they can "dictate terms and beat the middlemen at their game."

Pranjal's idea involves simple technology, requires negligible investment, and offers quick returns–ideal for the agro-climatic conditions of Northeast India's economy. Pranjal's high-tech mushroom lab provides a continuous supply of quality spawns at low rates, while his farmer network offers training and a buy-back guarantee as an incentive for farmers to get involved. He is establishing strong links throughout the system to grow mushroom cultivation into a sustainable livelihood, especially for the unemployed and the landless poor. He is preparing mushroom entrepreneurs in every district of Assam. In addition to running their own farms, these entrepreneurs will motivate, train, support, and coordinate other growers in their geographic area. They provide leadership and technical support to their network of local mushroom growers. His win-win strategies place control directly into the hands of the farmers and show a way by which growers can gain maximum benefit through organizing.

Farmers in the Northeast are relatively new to the market economy. A tight circle of middlemen, largely nonlocals, control the market and determine who buys, at what price, and where. Farmers, who make up over 80 percent of the Northeast's population, are always vulnerable to exploitation. Piles of pineapple, ginger, and cabbage rot, because farmers cannot sell their produce directly to consumers. Middlemen have the strongest hold on the staple crop market. People have even lost their lives in attempts to organize farmers directly around these crops. This problem is compounded by the peculiar political situation of the region. People's movements in the Northeast region have been organized only around political rights, leaving no space for other issues, like sustainable livelihood. Thus, in the years of violence and breakdown in civil administration, farmers and their issues have been relegated to the sidelines.

The issue becomes more urgent as small land holdings get smaller. It is becoming increasingly difficult for marginal farmers to manage food from their land for the entire year. Moreover, unemployment and the severe lack of income opportunities have been fueling violent insurgencies in many of the seven Northeastern states for decades. There is a need for organization among farmers to break the chain of exploitation and to make farming a sustainable livelihood for the hundreds of thousands who have few other options.

The potential of mushroom cultivation to uplift the economic conditions of the Northeast people has long been recognized. The easy technology, the low investment needed, and the quick returns of mushroom growing have attracted both government departments and nongovernment agencies who promote it to their beneficiaries. But unfortunately, they have met with more failures than successes.

Before Pranjal's move into the mushroom industry, there had been little effort to enable the industry to flourish: spores had not been readily available; technical and information resources were sparse; research and development was lacking; and marketing was negligible. This hindered the profitable farming of mushrooms. A farmer's cost to acquire spawns was too high to be economical. With limited knowledge of mushroom farming, and a general fear of fungi, farmers gave up the crop once they encountered problems. The disjointed efforts fared poorly at market. As mushroom cultivation is a seasonal activity, if planting material or spawns are not available when needed, then the entire season is lost. This deters growers from adopting mushroom farming as a full-time, income-earning activity. Thus, even though mushroom cultivation is well suited to the geography, climate, culture, and needs of the Northeast, it has come nowhere near realizing its potential.

Understanding the severe economic and political consequences of organizing farmers around traditional crops (rice, potatoes, and pineapples), Pranjal is deliberately taking a less conspicuous route. He is establishing a supportive environment for mushroom growing and uses mushroom farming as a model to demonstrate a systematic multipronged strategy addressing all facets of organizing farmers successfully.

Starting in Assam, Pranjal first identified the oyster mushroom as the most suitable variety. The required planting material is easily available, and the technology is "simple enough to be easily transferred and would have the best chance of succeeding." He set up a laboratory called "Protein Food" for the purpose of cultivating oyster mushroom spawns. The lab produces approximately 1,000 packets of spawns each day (100,000 packets in one season). Pranjal says, "We have to be spawn sufficient first if we are to think seriously of mushroom cultivation." His lab is capable of manufacturing almost 400,000 spawn packets in one season, an amount sufficient for almost all mushroom farmers at present. Pranjal is proud of the fact that their spawns are of high quality and by far the lowest priced in the market.

Protein Food conducts research and development. They aim both to develop low-cost and effective methods for growing mushrooms and to seek out new varieties that can be grown locally. They also are looking into how to grow oyster mushrooms year-round, which would ensure reliable income generation. Pranjal has converted his own mushroom farm into a demonstration and experimental site.

Second, Pranjal realized that there must be consumer demand for mushrooms if the farmers are to be successful. So, once he established his system for mushroom production, he began a "mushroom awareness drive." He promoted mushroom eating at fairs, gave away free samples, cooked up innovative recipes, introduced this new flavor to school children, and gained the endorsement of the respected Assam Literary Society. He made pickles, face packs, powders, and more. His years of hard work are finally bearing fruit. The perception of mushrooms as poisonous is changing. Forty-five outlets in the capital city of Guwahati sell mushroom products under the brand name of "Mushfill." Many out-of-state buyers now want to stock "Mushfill" products. For now, Pranjal is focusing on strengthening the more reliable local market.

When Pranjal began his mushroom spawn lab, there were few farmers growing mushrooms. So six years ago, he began recruiting and training farmers for this new market. To date, he has trained over 1,000 growers directly on his campus, and over 4,000 growers off site. His one-day training program runs three times a month. Anyone can walk in, pay a small fee and learn how to cultivate mushrooms. Each session attracts from 7 to 15 people who learn not only about the techniques for growing mushrooms but also about the economics of running a mushroom business. Pranjal's training program has resulted in some 300 medium-sized mushroom farms across Assam that regularly take at least 30 spawn packets at a time from the lab and produce an average of 500 kg of mushrooms in a season. This figure does not include the smaller-scale farmers, home growers, and others who have been trained by Pranjal but are buying their spawns elsewhere.

Pranjal follows up with these medium-sized farms and is grooming the farmers to become mushroom entrepreneurs. He plans to develop an advanced training program for trainers and larger growers. These entrepreneurs will be "agents" bridging the gap between the lab and the small growers. They will streamline the supply of spawns, as well as help the lab buy back the produce if the grower is unable to sell it all locally. As sole agents collecting commission on both spawn sales and mushroom buy-back, they have a strong incentive to promote growers and to help them succeed. Mushroom entrepreneurs also serve as local troubleshooters for the smaller growers.

In a recent collaboration with an Assam government project aided by international donors, Pranjal trained the people of 16 districts in 21 days, distributing over 32,000 packets of spawns. However, he feels that it was a superficial way of doing things and does not expect great success from it. Pranjal feels that a more effective approach is to develop a few good mushroom entrepreneurs–five entrepreneurs across six districts to start–who each will promote at least 30 growers. These entrepreneurs would run their own training programs for other growers and entrepreneurs within their district. He plans to use this strategy to scale his idea over the next two years.

Apart from individual entrepreneurs, Pranjal recently started to work with "mushroom groups"–self-help groups of women who grow mushrooms collectively in villages. Three such groups grossed over 200,000 rupees (approximately US $4,350) of business last year and one group even sold back at one time mushrooms worth 78,000 rupees (about US $1,700) to Pranjal's organization. His idea is spreading quickly, and Pranjal has started looking to unconventional groups like prisoners in jails. He has obtained permission to try his methods with one jail already.

Over the years, Pranjal established systems for production, training, and marketing of mushrooms. Recently, he started to network all mushroom growers into an umbrella body. Already 1,200 growers have registered with the federation after paying a small membership fee. At the first meeting, over 60 growers came voluntarily from across Assam and endorsed the need to organize. The federation's rights, responsibilities, and work remain to be chartered, but Pranjal feels that the organization will help to develop an efficient and fair industry. More importantly, it will give farmers a strong collective voice with which they can negotiate for a minimum price at market, basic facilities from the government, and loans for expanding their businesses. Pranjal knows that the success of mushroom farmers will pave the way for other farmers to organize themselves and demand their rights.

Raised in the city, Pranjal's first encounter with the village was through mushrooms. The harsh realities of rural farming in the Northeast came alive then, and Pranjal could not remain "only a businessman." Mushrooms soon became the focus of his life's mission. His previous attempts at exporting pineapples and his study of potato farming taught him the difficulty and danger of organizing farmers around main crops. He has spent the last eight years learning about the mushroom trade and setting up systems to address its various facets and challenges.

Known as the "Mushroom Man of Assam," Pranjal has been educating himself in the business of mushrooms by connecting with others in the field, going on exposure trips, touring the areas, and experimenting. His determination led him to set up his lab in front of the government's Regional Research Laboratory in another town. He pestered the government authorities for almost two years until they allowed him the use of the defunct government mushroom lab. Using bank loans and cash credit, he built top-notch facilities for producing mushroom spawns. His venture has grown of a 1,000 percent in just eight years, a rate Pranjal attributes to a driving force from within. He claims that "this kind of a growth would not have been possible if I [were] only a businessman." Pranjal knows that sticking to mushrooms and making sure his farmers are in control may be the best chance for farmers to organize in the Northeast.