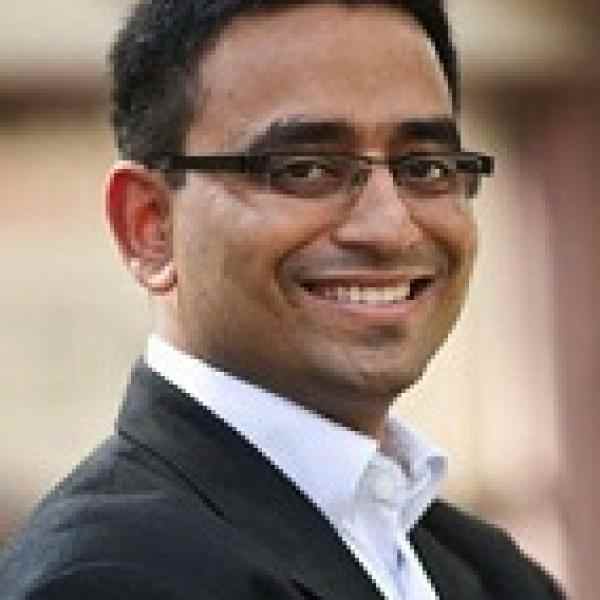 Save Life Foundation
Piyush Tewari is creating a volunteer-based citizen emergency response system to road accidents that is geared toward saving lives. By creating an enabling legal environment, Piyush is breaking down…
Read more

Piyush Tewari is creating a volunteer-based citizen emergency response system to road accidents that is geared toward saving lives. By creating an enabling legal environment, Piyush is breaking down citizens’ prejudices and apathy to enable them to proactively save lives; and works with police and hospitals to form an effective “chain of survival.”

To reduce fatalities in road accidents, Piyush is creating a cohesive response system connecting citizens, police, ambulances, and hospitals. Through the SaveLife Foundation Piyush is developing a design based on timely notification to stakeholders when an accident occurs, with bystander first-aid care, victim transportation to the hospital, and hospital’s prepared to receive patients.

Combining community volunteerism with healthcare, technology, and law enforcement, Piyush is creating a trained network of first responders who can reach the victims within minutes and start providing trauma care before the arrival of the police or an ambulance. To allow people to come forward and help the victims without hesitating, Piyush is advocating for a supportive and ethical legal environment for Good Samaritans. Currently, the absence of such protections often leads to harassment, involvement in criminal cases, and false charges for those who were trying to help.

In collaboration with citizens, police, and healthcare providers, Piyush has developed response models that fit both rural and urban conditions. The police and hospitals have welcomed his intervention, enabling them to use the help of volunteers, and align the entire emergency response system toward saving lives.

According to a 2006 report by the Indian Journal of Surgery, 80 percent of road accident victims in India do not receive emergency care within the first hour, even though this is when their chances of survival are highest. Consequently, an average of 15 people die in road accidents every hour and over 130,000 die annually. The 201st Report of the Law Commission of India also states that more than 50 percent of victims who die in road accidents can be saved if they receive timely medical attention.

Due to the lack of proper emergency medical services, the police often serve as first responders in accidents. However, since emergency trauma care is not a part of their training, they may aggravate victims’ injuries while transporting them. At the same time, bystanders are on the scene even before police, are not empowered to provide even basic first-aid care. In various instances, individuals who provided first-aid care and were pulled into long court cases as witnesses or even suspects, which has made witnesses reluctant to call emergency services or assist victims. There is no protection for Good Samaritans under Indian law and, without ensuring anonymity, they are asked to appear for hearings and sometimes even face criminal charges.

Large parts of India do not have access to emergency medical services, state-provided or private. Even in the states where there are relatively better emergency systems, responses are limited to ambulance services. However, considering the poor road conditions, traffic congestion and great distances, ambulances often fail to promptly reach the victims. It takes an average of 25 minutes in cities for ambulances to reach their location once reported. In addition, this response-model is resource intensive and therefore, makes the prospect of expanding to other parts of the country highly unlikely in the near future.

To implement and spread his idea, Piyush started the SaveLife Foundation (SLF) in 2008. The system he developed brings together trained community volunteers, enhanced hospital care, new technology, and an improved legal framework to ensure care for road accident victims within minutes of an incident.

The first step involves training police and select community volunteers to become effective first responders. They are trained in basic trauma care skills such as providing CPR, opening the victim’s airways, controlling bleeding, immobilizing the spine, and safely lifting the victim. They are also taught to perform triage with available materials. Since their training began, the Delhi police have rushed 150,000+ injured victims to the hospital while providing basic trauma care. This has increased the survival rate from 78 to 95 percent. The police have also played an important role in selecting and supporting area volunteers. Piyush plans to launch a Good Samaritan Award with the police to recognize those who have saved lives.

Volunteers and the police are also linked to hospitals through 24/7 call centers using technology that alerts and coordinates the caregivers in the survival chain. A three-tier system of emergency care is thus created—beginning with the community volunteer who first reaches a victim, to the police or the ambulance which provides basic trauma care en route to the hospital, and ends in the emergency room, which are prepared to receive them. This system has been engineered by the SLF on the 100 km national highway between Bombay and Thane. To ensure the accurate location of the accident, SLF mapped and tagged the highway, breaking it down every 2 to 3 km. The emergency numbers that are assigned to the specific stretches are displayed along the highway. When a witness calls, an operator determines the exact location of the accident. The operator also asks several questions regarding the nature of the accident and the number of victims. This information is then automatically communicated to volunteers, the police, and the hospital assigned to the area through text-messages and automated calls.

Piyush intends to expand beyond selected volunteers and to engage more citizens to be able to aid injured victims without hesitation, whether this involves making a phone call to the police or actually taking them to the hospital in the absence of a response. To achieve this goal, Piyush is advocating for the development of a legal framework that encourages Good Samaritans to intervene and legally protects them. He has lobbied the Supreme Court of India to fill the void in existing law by passing guidelines that will provide interim relief to Good Samaritans, while continuing to advocate for a Good Samaritan law to be passed by the legislature. The main purpose of these guidelines is to avoid the legal complications that arise for those providing help to victims. It will protect them from being unnecessarily interrogated and called to court, and instead will allow them to give their witness statements in places that are convenient or through videos. The Supreme Court of India has already taken note of the petition filed jointly by Piyush and the SLF, and has ordered the coordination of an expert panel to propose guidelines that the court can then pass an order. Piyush has also proposed the establishment of a committee to act as a watchdog for the integration of these guidelines.

In the process of building his advocacy and analyzing the data from accidents, Piyush has discovered certain patterns in the causes of road accidents. For example, he discovered that trucks carrying metal rods or other protruding objects are often the cause of lethal accidents. Using the Right to Information Act, Piyush has uncovered a number of these accidents across India. He is using this data to advocate for amendments in the Motor Vehicle Act that will ban this dangerous practice.

After jointly developing software architecture, Piyush has entrusted the daily operation of the call center to Religare’s social responsibility team. In addition, Piyush plans to create a company that will change the discipline of first-aid and road safety, and will provide trainings to companies with large transportation operations. The training pilot is being tested with a large company and the profits will go to SLF.

Piyush’s concept requires minimal investment and draws on the capacity of local communities and the police to support and complement public emergency medical services. In addition, the legal changes to protect Good Samaritans will quell the hesitation that currently immobilizes people. Piyush is certain it is possible to awaken change across India and replicate this model in other cities.

Piyush grew up in a modest family and at a young age his family encountered financial hardship. Growing up, he witnessed his father, an entrepreneur, fail in some of his startups. Experiencing difficulty early on made him less fearful of failure moving forward. After finishing school, Piyush wanted to join the Air Force, but he was rejected due to his health. Seeking another option, Piyush attended Delhi University and received a bachelor’s degree in IT.

During college, Piyush dedicated most of his free time to AIESEC, a global student led exchange organization. At AIESEC, Piyush learned to lead teams, fundraise, and solve organizational issues. Most importantly, he felt fulfilled being part of an organization driven by changemaking visions and values. Piyush’s experience at AIESEC made it impossible to join a prominent IT company after graduation; he sought something more meaningful.

Piyush joined the India Brand Equity Fund, a newly launched organization to promote the “Made in India” brand globally and attract foreign investment. For three years, Piyush worked to enhance India’s presentation on various global platforms, i.e. spearheading a presentation at the World Economic Forum. Later, Piyush received an offer from Calibrated Group, a venture fund focused on investing in BPOs. Interested to learn about finance, he accepted the offer and just two years later, Piyush was promoted to Managing Director in India.

Unfortunately, at the same time, Piyush lost his 16-year-old cousin in a road accident. It shook him to realize his cousin bled to death because the ambulance took too long to arrive. In the meantime, none of the many bystanders helped. Driven by the urge to do something, Piyush started the SLF during the same month he was promoted. Dedicating all his free time to the foundation, he studied the field of emergency care. Piyush traveled, met survivors, families, policemen, and doctors, which enabled him to understand the problem and come up with a solution. In the process, he was certain road accident deaths were preventable with the right systems and policies in place. Piyush continued working with Calibrated and invested his personal savings into SLF. He was awarded the Rolex Award for Enterprise (2010), which allowed him to quit his job and dedicate himself full-time to SLF. SLF was recently declared winner of the NGO of the Year, 2014 by the Resource Alliance, Rockefeller Foundation, and EdelGive Foundation, for excellence in governance, innovation, impact and leadership.